Equip your company for real partnerships with payers and HTAs 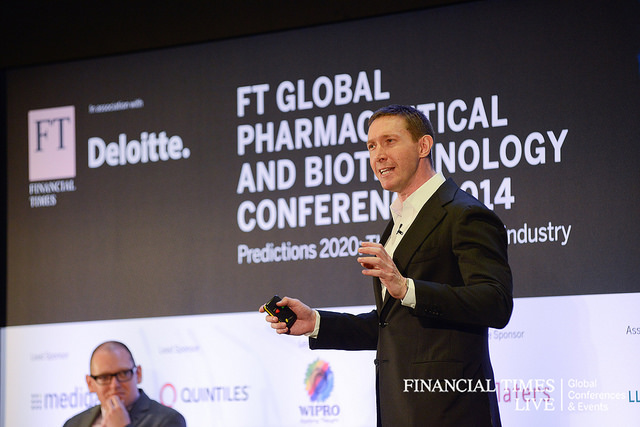 Cancer Research UK reports that, depending on a number of factors, it can take 10-15 years or more before a drug completes all three phases of clinical trials. According to Glen de Vries, Medidata, optimizing trials across both systems- and process-related domains can cut the time needed to bring the drug across the finish line.

The first sin of study sponsors is expecting to use customized software in each trial. ‘It’s a great way to have poor quality and waste time and money,’ de Vries asserted. Deploying a standardized approach should become a gold standard embraced by CROs.

The second problem de Vries identified is the ‘siloed organizational structure’ of pharma companies, which can impede innovation. There is, however, a great deal of opportunity to improve clinical trial processes. de Vries gave an example of the process behind getting data from sites and paying them for what they deliver. “The time it takes to get data from sites is the time it takes to pay them,” he pointed out. The process can be facilitated by technology, although it rarely is. For example, a system can be set up, which would allow the site to enter the data directly before a payment can be cleared. “Someone once told me that it takes £100 to write a cheque to a site. We can minimize this cost and get the money to the site faster. Getting the money to the site quicker means that they’re happier, they provide better quality data, they enroll patients more quickly, which, ultimately, accelerates the whole trial.”

If you design an adaptive study you can get through phase two much more quickly, and you can do a much smaller phase three than you traditionally would. It’s going to cut costs, time, and will expose fewer patients to experimental molecules.”

“Prospective trials are not going away in our lifetimes,” de Vries said. "But they will evolve, and hopefully they will evolve quickly". The two aspects of trials that have the most potential for rapid change are the way randomization is performed and the way controls are selected. Adaptive trials are an example of both of those changes. In one such trial, breast cancer patients are randomized into a particular arm of the study based on biomarkers, but they can move from one group to another as more information becomes available. In addition, there is a shared placebo arm that, over time, can be shared with other studies thanks to projects within Big Data. “If you design an adaptive study you can get through phase two much more quickly, and you can do a much smaller phase three than you traditionally would. It’s going to cut costs, time, and will expose fewer patients to experimental molecules.”

According to de Vries, Big Data can do more than just streamline clinical trials. In his presentation at the Global Pharmaceuticals and Biotechnology Conference hosted by The Financial Times, he tried to persuade his audience that Big Data can ‘cure life science’s R&D malaise’. He compared leveraging Big Data to the discovery of the Rosetta Stone, which allowed scholars to decipher hieroglyphics leading to great insights into the history of Ancient Egypt. Similarly, he argued, if datasets can be combined within the healthcare system, including information coming from genomics/proteomics, in-clinic data recorded by physicians, and mobile health, it can revolutionize the way medical research is conducted.

Until now the best way to measure a patient’s performance and disease progression was to bring them into the clinic and do, for example, a walking test. An individual would be asked to walk for six minutes, and the distance travelled in that time would be an indication of his or her wellbeing. “It’s no longer the best way to figure things out,” de Vries insisted, providing an example of medical device companies, which, it appears, are much more sophisticated than pharma in developing feedback mechanisms. “Think about how an artificial pancreas works. You have a glucose meter on one side of the patient’s abdomen, which is providing a reading that feeds back to the glucose pump on the other side of the patient’s abdomen. The patient doesn’t have to worry about checking their blood sugar levels, which is a revolution to their quality of life.”

How can this be used in a clinical trial context?

de Vries recounted a pilot study that Medidata conducted along with GlaxoSmithKline. Subjects were hooked to a device that measured their ECG about 150 times a second, feeding the information into a Medidata app that streams all that information into a clinical trial’s database. “We streamed 4GB of data per hour. This means that if we put one of these devices on participants in every trial run on Medidata infrastructure, we’d be generating nine petabytes of data. This is within an order of magnitude of the amount of data generated by the large hadron collider,” de Vries stated.

How can it help research? “It provides a real-world picture of how the patient is doing and that allows us to better record how the drug affects their quality of life, which is ultimately what has the biggest impact on patient and prescriber preference,” de Vries asserted.

If you use mHealth measurements, it changes everything. You can put a device on a patient and it doesn’t matter how often you take the measurements - the cost is the same.”

The ability to monitor trial participants 24/7 is changing the way study sponsors think about endpoints and measurements. Doing things in a traditional way whereby measurements are taken manually on site is associated with high cost and limited possibilities. Automated, constant observation of patients, however, allows us to collect more information than one normally would without generating extra costs. “There used to be a physical limitation to how and when we could measure things about a patient. Every procedure costs. But if you use mHealth measurements, it changes everything. You can put a device on a patient and it doesn’t matter how often you take the measurements - the cost is the same.”

The opportunity to measure more might lead to discovering new indicators of drug effectiveness. “If life science companies can figure out a new way of showing that their drug works and have that accepted by the regulator, they’re going to forge a new standard, something everybody else will have to abide by.”

You can’t just slap a wrist monitor on someone and get them to take their medication. There is a spectacular naïveté around how patients interact with data. It’s not true that all they need is information to proactively manage their health. We have to do hard science. We have to collect the data".

There are three main concerns that spring to mind when talking about using Big Data and combining datasets that contain potentially identifiable patient information.

First, privacy. Many people tend to think that nobody wants their trial data to be available. “It’s simply untrue,” de Vries insisted and proceeded to back it up with some hard data. According to him, the annual growth rate for medical instrumentation and consumer devices is 20% suggesting that people are more than eager at least to collect data on their health status. Moreover, if you ask PatientsLikeMe, it turns out that nine out of 10 patients in rare disease areas are willing to share their data. In addition, patients selected for clinical trials run by Medidata are among the most altruistic of people, who are already delighted to share their information. “At Medidata, we take privacy and security very seriously,” de Vries asserted. “We have best-in-class processes and standards for managing both."

Second, safety. Tracking patients’ every move in real time means that the study sponsor might suddenly be struck by information that the study participant is experiencing a serious adverse event, e.g. a heart attack. “Hopefully they end up in an emergency room without your intervention,” de Vries said. “But what you’ll find is that in the world of these devices, there are more proactive ways of monitoring patients, and getting appropriate interventions to them on time.” He further added that the regulations are ‘crystal clear’ on what to do when adverse events occur, and technology makes it easier to respond appropriately once something is taking place.

Third, regulations. Although many people within the industry quote regulations as the reason not to innovate, de Vries believes that pharma is uniquely qualified to develop new ideas in a highly constrained environment. “The regulations are there for a very important reason,” he said. “But if there is an industry in the world that can [develop algorithms] in a regulated environment, that’s pharma. We are uniquely qualified as an industry to deal with that.”

Nevertheless, de Vries acknowledges that none of what he suggests is going to be easy. Although technology is a great facilitator of change within healthcare, nothing will happen on its own. “You can’t just slap a wrist monitor on someone and get them to take their medication. There is a spectacular naïveté around how patients interact with data. It’s not true that all they need is information to proactively manage their health. We have to do hard science. We have to collect the data. We have to develop algorithms and feedback loops,” de Vries stressed.

Is Big Data the answer to pharma’s struggles with clinical trials? Certainly, if used responsibly. The experience of Medidata demonstrates that technology and Big Data can incrementally change the industry leading to a revolution in the way clinical trials are conducted. But to get there, the industry needs to tame the technology and develop algorithms and feedback loops that will be meaningful to patients.

Equip your company for real partnerships with payers and HTAs