Clinical Trials - Pharma in the Twittersphere

The merging of the modern advent of the public Twittersphere with the traditional methodology of clinical trials has provided a patient-centric, patient-driven, and patient-funded opportunity within disease treatment research. 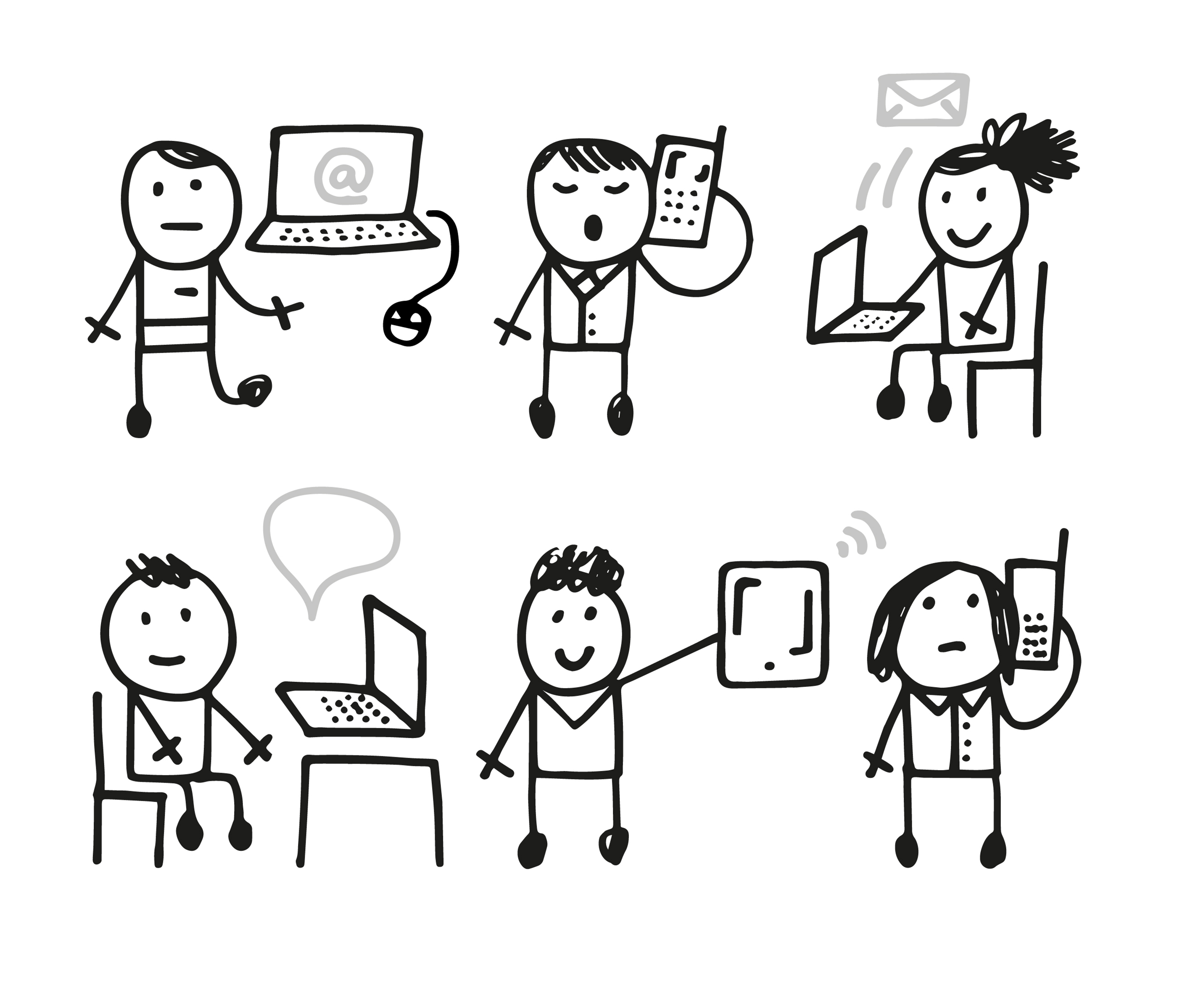 Social media can contribute to nearly every aspect of a clinical trial, from development and recruitment, to sharing important information and findings with patients and researchers. Twitter, in particular, provides the public with a free flow of information and open sharing of ideas, and has been used extensively by patients looking for alternative treatment options. We investigate the unique opportunities provided by Twitter for clinical trials.

Indeed, opportunities abound for professionals working in the field of clinical research to make use of Twitter as a key social networking resource.  For example, #ACTsocial is a tweet chat for clinical trial professionals who want to learn how to use social media. By following #clinicaltrial, #clinicaltrials, or #clinicalresearch, anyone can follow conversations by patients, recruitment companies or researchers about ongoing trials, as well as provide their own insights and perspectives.

Twitter provides patients with an arena to air their concerns regarding the lack of treatment options for particular diseases. This allows researchers to use it as a listening mechanism to gain insight into the patients’ perspectives. Gossen remarks, “In contrast to social media platforms like Facebook, the default Twitter post is public. As a result, it's easier to see what people are saying about a particular topic. In addition, healthcare tweet chats have become a popular gathering spot for patients interested in particular conditions or topics. Using tools like Symplur, clinical researchers can find patient conversations relevant to their interests and gain a better understanding of patients". Symplur is a website that follows all pertinent healthcare hashtags through the Healthcare Hashtag Project. This makes it a useful site for researchers who wish to keep up-to-date with the latest developments in a particular field.

If a disease disproportionately affects those in low-income brackets, it might be worth having an open forum on patient support needs for long-term study (e.g. child care, transportation, meal support, etc.). To understand any disease means you need to have a solid impression of the day-to-day life of a patient and their struggles or concerns".

Many patients use Twitter as a forum to make public pleas to pharmaceutical companies to allow them to become involved in developing solutions to their diseases. By listening to the patients on hashtag tweet chats, researchers can develop more patient-centric clinical trials with more effective protocols. Barriers to the trials, such as low recruitment rates and poor patient retention, can be identified and overcome.

Dr Mike Thompson, Medical Director at Aurora Health Care, has made use of Twitter for clinical trials. He adds, “I think social media has been underutilized to crowdsource or crowdfund research.” While clinical trials can’t be developed in 140 characters, information can be shared. There are a number of clinical trials which have been developed through crowdsourcing, obtaining input from patients and physicians alike. Thompson is currently involved in the Myeloma Crowd Research Initiative, wherein Twitter is playing a pivotal role by providing crowdfunding and budgeting for multiple myeloma research.

According to Carmen Gonzalez, Communication Project Manager at Health Services Advisory Group, Inc., “Engaging patient advocates and disease-based communities is a good idea when seeking broad best practices for future study design. If a disease disproportionately affects those in low-income brackets, it might be worth having an open forum on patient support needs for long-term study (e.g. child care, transportation, meal support, etc.).  To understand any disease means you need to have a solid impression of the day-to-day life of a patient and their struggles or concerns.”

The forums on Twitter have become more organized, patient-centric and patient-engaged, which Thompson believes offers the potential to improve clinical trial accrual and design. Jack Whelan, a patient who has participated in seven clinical trials over the past seven years for an incurable blood cancer, explains, “There are many good Twitter Chat Groups such as #BCSM Breast Cancer Social Media and #MMSM Multiple Myeloma Social Media that are an information source about clinical trials.”

Pharmaceutical companies developing clinical trials don’t tend to be directly involved in patient recruitment over Twitter, other than through the placing of short Twitter advertisements or micro-blogs. The main task of recruitment for clinical trials falls to recruitment agencies and patient advocates, and Twitter is becoming a key tool for these people.

By engaging patient advocates directly, you respect their prominence in the public sphere and let them make the call if they deem your client's research worthy of circulation. That respect creates goodwill.”

Gonzalez gives an example of using Twitter to recruit for a uterine fibroid clinical study she was involved in: “Demographically, many African-American women suffer from fibroids, so the need to reach this community was obvious. Twitter has the distinction of being over-represented by the African-American community as compared to other social media platforms. The question remained if a patient advocate was active online. As it turned out, there was an African leader who had created several social media venues to advocate for more research and support for women experiencing fibroids. I reached out to her, describing the study and sharing with her Institutional Review Board (IRB)-approved tweets which contained links to the official study website. She agreed to broadcast them and that was extremely helpful, particularly in several southern states where the pharma company had launched clinical study sites.”

While the referrals garnered from these tweets were modest, they were impressive in terms of the Return on Investment (ROI) achieved and the relatively novel nature of the recruitment tool. Gonzalez adds, “By engaging patient advocates directly, you respect their prominence in the public sphere and let them make the call if they deem your client's research worthy of circulation. That respect creates goodwill.”

Thompson comments that individuals can share open studies or nationally available trials: “Many institutions and the National Cancer Institute share information about clinical trials, including links to ClincalTrials.Gov. Companies can also use the ClinicalTrials.Gov "NCT" number with a hashtag before it to track clinical trials on social media.” Twitter is also used to increase awareness of resources.

By explaining the full gamut of regulatory obligations and the potential risks of study participation, the pharmaceutical industry would gain a great deal of trust.”

Perhaps the most important aspect of recruitment is patient education. “If investigators regularly engaged the public to demystify the research process, perhaps through weekly tweet-chats, the notion of volunteering for trials wouldn't seem so abstract,” suggests Gonzelez. “The reporting of side-effects isn't well understood, so this could be a great forum to explain it. For example, every single side-effect has to be reported to the FDA, but it might not even be related to the investigated drug. Let's say you take a study drug and during the trial you break your leg. That ‘side-effect’ has to be reported. By explaining the full gamut of regulatory obligations and the potential risks of study participation, the pharmaceutical industry would gain a great deal of trust.”

From a patient’s perspective, Whelan is more cautious in this respect: “Although Twitter might help point patients in the right direction for more education about clinical trials as an effective treatment option, I've not seen any real value of using Twitter except for broadcasting short messages to targeted patient populations.” Nevertheless, it is evident that Twitter can be more effectively utilized as a patient education tool in clinical trials than it currently is.

While Twitter can’t be relied upon for gathering scientific data relevant and necessary for a clinical trial, this doesn’t render the platform worthless. Social media has opened the world up to a diversity of people, and Twitter in particular has allowed patients to connect with others experiencing the same symptoms and attempting the same treatments as them. This has made patients feel less isolated by their disease as they can join communities of people worldwide who understand their particular circumstances. For example, PatientsLikeMe is a real-time online research platform that allows patients to share their experiences of numerous diseases in communities of other patients like themselves. Patients aren’t confined by the same lack of official guidance and protocols that are preventing pharmaceutical companies from engaging in the public forum. By monitoring these hashtag conversations, researchers can obtain more information about the impact and side-effects of drugs in clinical trials.

“It's less common for clinical trials to have a Twitter presence or for clinical research sponsors to engage with patients on Twitter,” notesGossen, “Sponsors tend to be more wary of using Twitter to communicate with patients. This wariness mostly stems from a lack of understanding about the platform and the perception that Twitter conversations are difficult to control.”

Pharma companies are required to report their findings from clinical trials to the relevant authorities and sometimes, in addition, they publish results on their own websites. Gonzalez believes, “Broadcasting links to study results on their websites would be a great idea to share news of study results.” Thompson has also used Twitter for this purpose by tweeting links to information he wishes to share. In this way, the abstract or publication of a single trial can be shared more widely, or generalized information about clinical trials and clinical care can be disseminated. Thompson adds, “Twitter can also link to blogs, Facebook or other forum groups allowing more nuanced discussions and sharing of information.”

Patients can often feel forgotten after the conclusion of clinical trials. Some pharmaceutical companies have recognised this and aim to make the results of the clinical trials available on Twitter hashtag conversations or communities. These reports are carefully worded, so that they can be easily understood by the layperson, allowing patients to gain access to the findings that they were a part of and celebrate the role they played in the study.

The future of #ClinicalTrials

Patients are urgently requesting more involvement in the processes of clinical trials, driving patient-centric research forward. Concepts such as the Patient-Centered Clinical Trial, recently introduced by eyeforpharma, are gaining recognition from major drug makers.1 PCCT rely on clinical trial teams that engage the patient across multiple touch points. Researchers can share information online, thereby reducing repetition and increasing innovation.Thompson believes that a more involved, connected and informed public can help fund research. Gossen hopes that more sponsors will consider a Twitter presence for clinical trials in the future: “Twitter is a great venue to increase awareness of clinical trials, dispel misconceptions, and connect with influencers. In addition, Twitter provides a unique opportunity to engage with patients who are often underrepresented in clinical trials.”

While Twitter has been used for a variety of clinical trial stages, there is still much untapped potential. Pharmaceutical companies have been hindered in their growth in the Twittersphere by regulations that were designed before social media took the digital world by storm. The expansion of knowledge and research can only be improved by making use of all available resources – Twitter included.