Relationships & Innovation: It’s Who You Know

The most important building blocks in business are relationships. 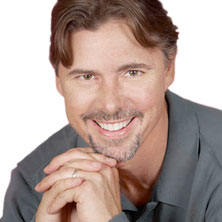 The Innovation Leaders Conference addressed many themes relevant to the pharmaceutical industry. A theme well-worth discussing is the significance of relationships in doing business and encouraging innovation.

People tend to resist change. Anyone tasked with retooling a department, or an organization or company, will have been given a rough introduction to just how resistant people can be to change. Words such as “entrenched” and “resolute” are bandied about and advice on how to cut through this resistance usually boils down to starting afresh.

It doesn’t matter whether the pending change is an improvement over what was there before or whether the change will lead to success. Change itself is a threat - to familiarity and security. As with any threat, we are primed to defend against it.

Perhaps threat and challenge are part of success, however? Indeed, perhaps failure is also necessary for success. It is not enough just to be challenged. Antony Mattessich, Managing Director of Mundipharma, shares, “When I left Bristol-Myers Squibb to go work at Novartis in the US, I was aware that the culture was a bit different, but back then I was so confident I could survive in any type of environment that I entered, thinking I could change things. I didn't have enough humility to understand that man will never survive a habitat which doesn't suit it. Strength in the individual is never capable of overcoming a whole environment.”  From that, a lesson was learned which then became a building block in his pathway to success.

The most important building blocks in business are relationships. People will aid or obstruct you based on their perception of you, and judge you, as well as your accomplishments and potential, accordingly. You will never have heard an investor say, ‘I made the investment despite the fact that I despise the personalities behind it.’ The players and their personalities matter as much as, if not more than, the products or services provided. Gifted technicians and inventors, often known to have difficult personalities, are usually best served by minders tasked to blunt the more abrasive features of personality. Ironically, these abrasive features are typically by-products of success, honed in technical fields where being correct is of greater importance than being politic.

Warren Buffet, one of history’s most successful men, famously enrolled himself in a Carnegie school when he realized that his personality short circuited his attempts at communication, thereby thwarting his plans for future success. Without the Carnegie school, it is doubtful he would have gotten along with his mentor, Ben Graham. This illustrates an important, and widely overlooked, ingredient in the recipe for success - mentorship. We are what we know; but without a guide to temper what we know, many of us will be swamped by challenges that can incapacitate us or force us to change direction in life and, perhaps, to forfeit achieving our goals and dreams.

There is a link between opportunity and challenge; a challenge is an opportunity we aren’t prepared for. Mattessich notes, “The greatest influence on my career was a guy named Quinton Oswald. He was somebody who brought me down from theory to the real world, but mostly, he was the guy who gave me the opportunity that was either going to kill me or open up a whole new world.”

When asked about the importance of skills and qualifications, Mattessich says,“Qualifications only get you your first job; after that it is all about people, what you learn from them and what you can convince them you’re capable of.”

There is, however, the argument, quite publicly championed by the American entrepreneur Peter Thiel, that the pursuit of qualifications actually hinders both personal development and innovation.  Indeed, most have seen the TED talk with over 33 million views by the British educator Ken Robinson about schools stifling children’s creativity and molding them into thinking in one way only. Also, we are swamped with the stories of American entrepreneurs who quit college at 20, followed their vision and became millionaires by starting innovative, cutting-edge businesses.

Thiel mentors hundreds of people who he believes have promise, and there is even a Thiel Fellowship.  Its motto is: “I have never let my schooling interfere with my education.” Those words belong to Mark Twain and are duly attributed.  Thiel, through his fellowship, gives people who would otherwise go to college, $100,000 to “focus on their work, their research, and their self-education while out of university.” He introduces them to other innovators, and to people who help to shepherd innovators towards success. Thiel mentors and encourages promising youth to themselves become mentors.

In relation to mentorships, Mattessich says, “I would say that innovation and growth come mostly from experience, usually an experience that you weren’t quite prepared for but somehow survived. The problem is that in order to get such opportunities, someone needs to take a risk on you and that is not only about knowing the right people but about convincing them that you can succeed in environments where you have no experience.”

What qualities can a person cultivate, then, to catch the eye of a mentor, to audition for a job?  It is difficult to prepare for the unknown, particularly when interviewees may not be able to put into words exactly what they are looking for. However, some of the qualities sought may include: being knowledgeable yet willing to learn; being confident but not arrogant; being able to get along with others yet resolute in the veracity of results and decisions; and, having the imagination to think outside the box, as well as a strong drive to succeed.

Diligence, persistence, meticulousness are qualities that can be developed, honed and habituated. Confidence and humility can be developed, as can situational awareness, knowing what is appropriate and in what measure. The trick is to recognize and cultivate those skills that demonstrate that you are a person worth taking a risk on. As Mattessich underscores: it is a boon to be granted the opportunity to learn and to realize that you have to live with the consequences of your mistakes as well as the benefits of your good decisions. “I think that “knowing” the right people is hugely important to developing yourself but it is more nuanced than just knowing. It has to do with how you know them, what you learn from them, how you inspire them to think of you, and most importantly, your willingness to take a risk when they decide to take a risk on you.”

Call it what you want – collaboration, partnership – personal relationships matter in business.” 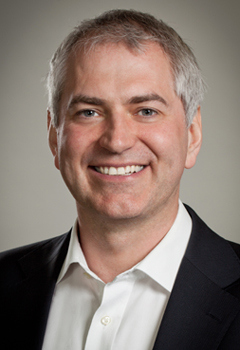 In business, as in life, it is relationships that matter. Innovation in business is about knowing the right people, rather than being about the business itself. Dr. Ian Tomlinson, Senior Vice President of Biopharm R&D & Worldwide Business Development at GSK, is a good example of moving from scientist to entrepreneur to industry expert via knowing the right people. His mentor was Greg Winter, the pioneer of anti-body drugs. “When you have found a good egg, stay close to them,” Tomlinson said at the Innovation Leaders Conference. He added, “Call it what you want – collaboration, partnership – personal relationships matter in business.”

It is important to recognize which relationships we want to pursue. Admittedly, we should try to be around successful people who will help us grow and motivate us toward reaching our highest potential. However, sometimes the key to hatching that one great business idea might not be in mingling with the most ‘important’ person in the room. Great business ideas can emerge by going against our standard criteria of judgment. This is particularly the case in pharma. Great ideas can come to light by simply listening to the nagging neighbor who is always complaining about her back pain. Great business ideas can often emerge by simply going beyond our typical environment and turning to consumers – they are the people using our services.