Quality of Life is the Ultimate Endpoint

Could Quality of Life be the answer to a broken model in which too much money is misspent and wasted? 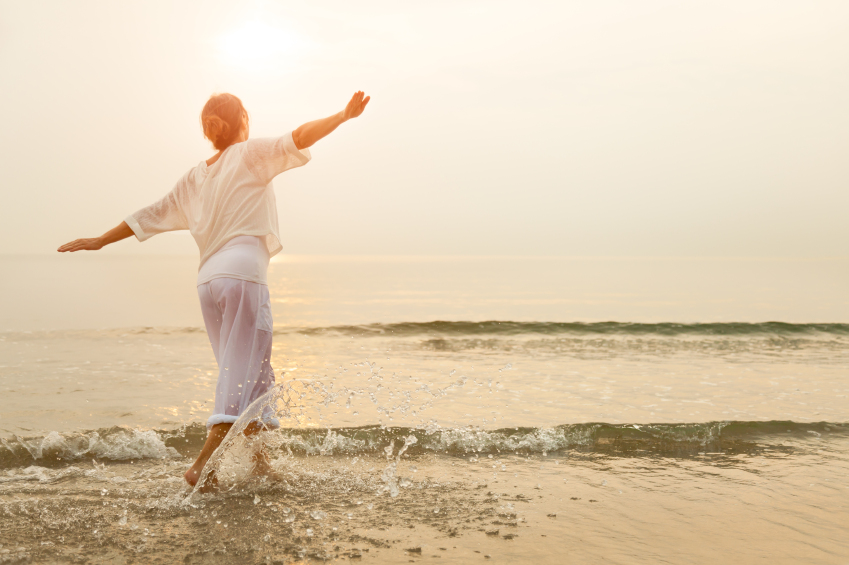 Did you know that only 1 in 8 drugs in development makes it to market? It is estimated by the Manhattan Institute that $4.3 billion out of every $5.8 billion spent on research and development of new therapies is misspent. That cost is felt in time and money, but even more so in lost opportunity. It’s tragic that progress is so slow and expensive. For all of the monetary and human resources dedicated to pharmaceutical R&D, the odds remain heavily stacked against breakthrough research ever making it to market.

There’s even a name for this phenomenon: Eroom’s Law, the opposite of Moore’s, in spelling and effect alike. The cost of developing a new drug doubles roughly every nine years.

Drug prices are so high, in part, because it is so costly to develop them in the first place. Rare diseases are left untreated, because only blockbusters have a chance of recouping costs. Roll-ups and PE-style consolidation are now standard. Deep pockets, faced with escalating costs, choose to buy innovation instead of fund it, pushing lopsided risk as far downstream as possible.

The pharmaceutical industry has a noble and essential purpose. It is charged with developing innovative new treatments that cure acute diseases and help manage chronic ones.

In fact, we can’t imagine a better way to spend one’s time or money. What is the biggest pain point on earth? Pain itself, we’d argue. Improving pharma’s own outcomes is an entrepreneurial endeavor worthy of our attention. Success in this market means nothing less than helping each other live longer and better.

Moreover, the pharmaceutical industry has the potential to be enormously profitable, and from time to time that has indeed been the case. But recently, beat-down biotech stocks have pharma feeling pressure from the Street more than ever.

How did we get here?

Consider two drugs for the treatment of pancreatic cancer. The first one extends life for one year, while the second prolongs survival by two years. With death as the only endpoint, the second drug might seem superior. But what if the first medicine, while prolonging life by only a year, does so with minimal side effects, while patients taking the second drug have terrible nausea, vomiting, and other problems? This is where quality-of-life becomes a key factor.

Both therapies may extend life, but at what cost? While the FDA’s primary endpoint for evaluation continues to be survival, they are increasingly concerned with quality-of-life as a critical metric. The FDA is now also asking: which of the two oncology drugs leads to additional years that are actually worth living?

Here are some examples of drugs recently approved and denied based on these factors. QoL isn’t just about supporting claims to distinguish seemingly equivalent drugs or devices. QoL has the potential to relieve the life sciences from crippling costs and transform the drug development pipeline.

The “cures” for most conditions do not eliminate the diseases but instead relegate them to chronic conditions. Rheumatoid arthritis, Crohn's disease, diabetes, HIV - these are all serious maladies that can be well managed with today’s therapies - and while cures remain elusive, quality-of-life is the primary metric-of-success. The sooner we adopt a QoL-centric frame-of-reference, the sooner we can have more useful conversations about obvious yet elusive goals like human longevity, which to our mind is more about wellness than illness.

Technology today enables predictive, proactive, and precise new therapies that keep us out of the clinic or hospital in the first place. The coming generations of new drugs and devices have this goal in mind. We have finally reached an era in which we are scientifically advanced enough to consider both longer life and quality living as success metrics.

Don’t underestimate what a sea change QoL represents. It holds both the opportunity to create dramatic efficiencies while rewiring and transforming pharma in the process.

These concepts are, of course, not at all foreign to software startups in Silicon Valley and beyond.

Eric Ries popularized the Lean Startup manifesto years ago with entrepreneurs in dogged pursuit of product-market fit. But investigators and their sponsors today have no equivalent. There is no such thing today as real-time trial intelligence. There is no opportunity to get early feedback, iterating often. In essence, pharma has yet to adopt the agile methods of development that have been so critical to the success of the software industry.

Today, researchers running clinical trials have no real-time insights into the subjects on early-stage trials and how they are faring. They do little more than ask subjects try to recall self-reported outcomes like sleep, activity, and pain, as long as 30 days after-the-fact, often on a clipboard. If they’re lucky, IT can “innovate” by providing a Survey Monkey-esque digital questionnaire.

Also important to this story is the idiosyncratic but all-important leap that pharma takes between Phases II and III of a trial, when costs balloon enormously. Often a team hasn’t been able to collect enough data during Phase II to know whether the therapy in question has real promise or is doomed because of untoward side effects. It is, therefore, not until the much-larger and more expensive Phase III trial that researchers finally amass enough data to determine if the drug in question leads to the desired improvements.

Basically, the volume and velocity of data collection in early-stage clinical trials are incredibly low. A single endeavor will grow to a burn rate of more than $1 million per month before its leaders can suppose to evaluate whether those monies are well-spent or should be siphoned off to more promising work elsewhere.

As such, one is naturally led to ask: how can we speed time-to-insight by radically increasing the amount of data being collected on these patients from day one? What if the answers we need are all around us, and we just can’t see it?

Sensors to the rescue

The recent explosion of affordable smartphones and all manner of wearables, not to mention home sensors, connected medical devices, and even ingestibles, are changing the conversation about QoL, which can now be promulgated using the data these devices produce.

Wearables, in particular, are notoriously susceptible to consumer abandonment; perhaps they will find a permanent home in pharmaceutical R&D? Certainly Google thinks so.

Consider the possibility that the entire world is slowly becoming a massive, real-time clinical trial, albeit one that’s not yet admissible to the FDA.

But what if it were? What if pharma were able to harness all these new behaviors on the consumer side in order to speed up their pipelines?

We have the ability today to track sleep, exercise, diet, heart rate, and more with confidence. These new sources of data have been increasingly validated in peer-reviewed studies.

Remember too that knowing your margin of error is more important than having one in the first place. And most digital biomarkers relating to things like activity can also be triple-affirmed via a wearable or sensor, the phone itself, and/or well-timed questions to patients. Each source serves to confirm the others’ output.

But it’s not just about routing data from one shiny new object to another. Today’s data science is capable of crunching vast amounts of patient-generated data quickly, providing correlations, trends, and insights in real-time.

To be clear, right now just getting clean, reliable data in the first place is a challenge. But it’s going to get really interesting when the sum of what we collect becomes greater than its individual parts.

By integrating measurements of quality-of-life at the beginning of a clinical trial, pharma has the opportunity to minimize the risk of being blindsided later on, which can save millions of dollars in time and resources. QoL is, in our view, the tip of the proverbial spear when it comes to streamlining pharma and ensuring a better return on research monies invested.

Second-order effects should also be noted. Reducing the costs of failure in pharma drug development will allow the reallocation of funds to fresh new possibilities. As a result, the surface area of research efforts will dramatically expand.

An unfortunate confluence of historical and regulatory factors have bloated our system with inefficiencies and bad business practices. Yet the inclusion of lifestyle, activity, dietary, and environmental data together contribute to new and very important endpoints that may yet rescue pharma from this quagmire.

Imagine one day a standard, normalized, weighted vitality score, by which researchers and scientists can universally understand and compare patients and populations. Imagine research that understands not just everything going on inside of a subject but everything outside and around her as well. Imagine a time when the goal of a new therapy is not only to cure the patient but to care for her as well. 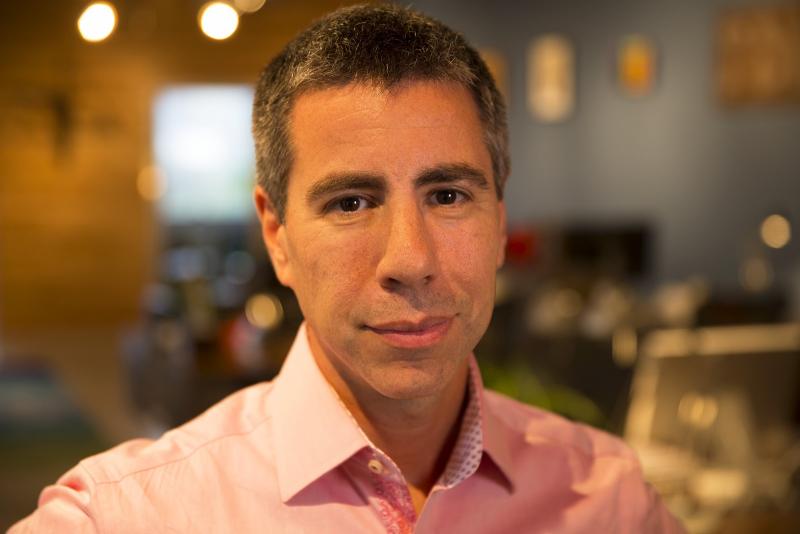 Dr. Volchenboum is the Director of the Center for Research Informatics at the University of Chicago, a board-certified pediatric hematologist and oncologist. He's a frequent writer, speaker, and lecturer with an MD and PhD in molecular biology from Mayo Clinic and a Master's in Biomedical Informatics from MIT. He is also the co-founder of Litmus Health, a data science platform for early-stage clinical trials. 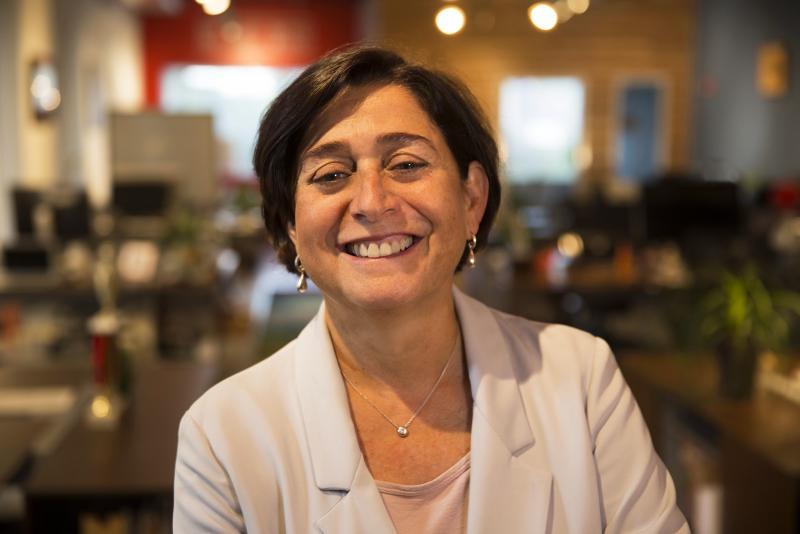 Daphne Kis is a long-time technology entrepreneur, mentor, and angel investor. She spent nearly twenty years as co-owner, President and CEO of EDventure Holdings where she published Release 1.0, the premiere monthly report on emerging trends in IT, which helped catalyze and guide many of the breakthroughs that modern technology users take for granted. She is is currently the CEO of Litmus Health, a data science platform for early-stage clinical trials that helps researchers make better go and no-go decisions.