5 tips on how to facilitate clinical trial recruitment

Clinical trials are essential to medical research. Bringing new drugs to the market depends on the ability of research organizations and drug companies to rigorously test and validate their work, but finding people willing to participate is notoriously difficult. 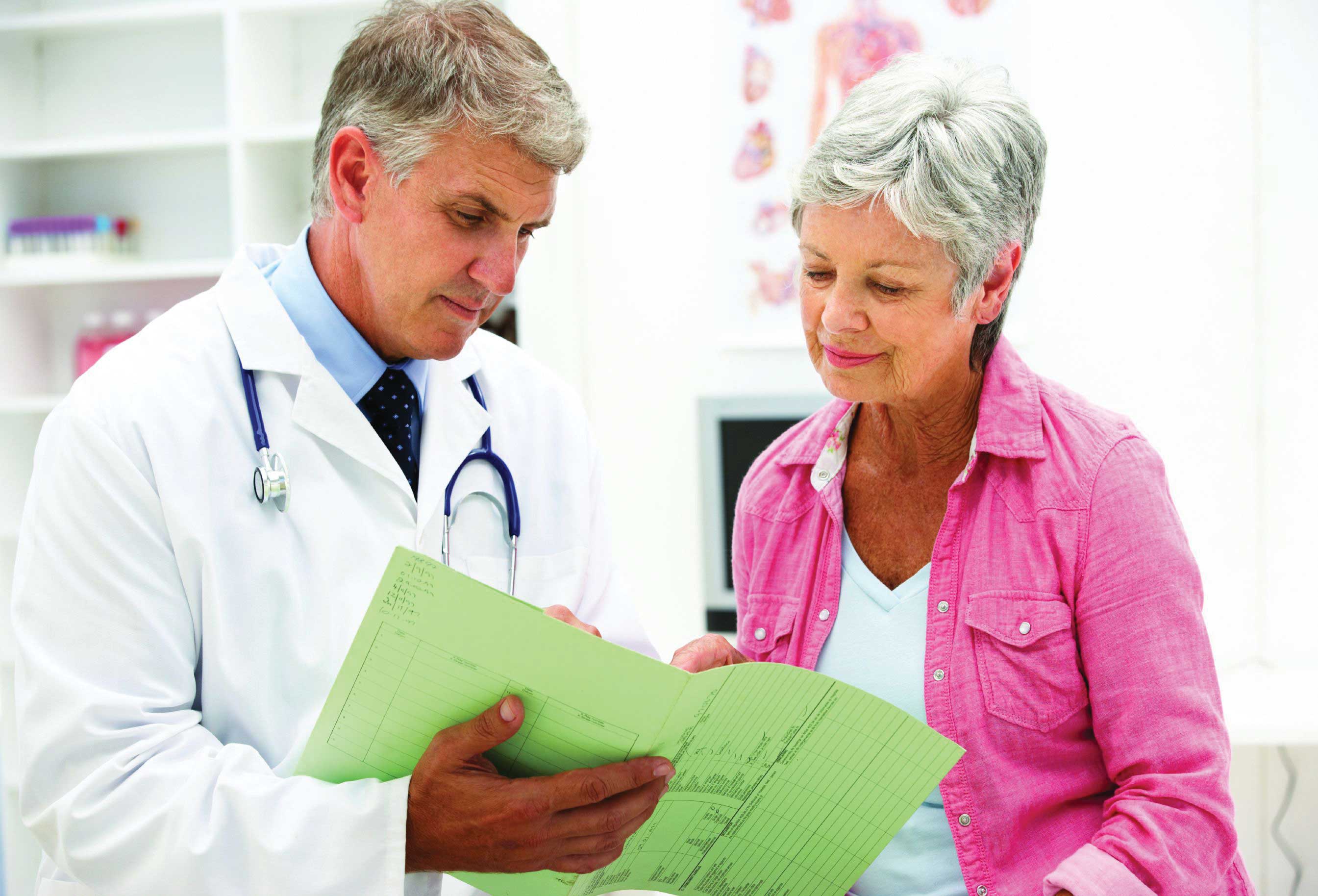 Recruitment of patients to clinical trials can be extremely complicated, oftentimes leading to research being delayed, or even abandoned, because where there is an insufficient number of participants, accurate conclusions cannot be drawn and even promising therapies can appear to underperform. According to the FDA, only six percent of clinical trials are completed on time, and 80% of all trials are delayed at least one month because of unfulfilled enrollment. The statistics leave no illusions. Patient enrollment rates plummeted from 75% in 2000 to 59% in 2006, not to mention a 21% drop in retention rates over the same period. Over 15-20% of trials never manage to enroll a single patient, and more than two thirds of trial sites fail to meet their original enrollment goals for a given trial. Most staggeringly, fifty percent of clinical research sites enroll one or no patients in their suites.

What does it all mean?

According to the survey, individuals are reluctant to enroll in trials because they believe the standard treatment is better (37%), they’re afraid of getting a placebo (31%), or they fear being treated as a guinea pig (22%)".

Let’s consider the example of cancer to put those figures in perspective. Cancer is the 2nd leading cause of death (after heart disease and before chronic lower respiratory diseases) and afflicts every age group. According to the National Cancer Institute, 1.6 million of new cancer cases were diagnosed in 2012 alone. Nevertheless, according to a survey only 15% of cancer patients are aware of opportunities to participate in research, and out of those only 25% report participating in a trial, which amounts to 3% of all adult cancer patients (the rate is higher for pediatric cancers, where studies report a 50% participation rate).

Those figures are shocking given that 40% of US pharma industry’s collective clinical trial budget is allocated to recruitment. “Patients fear randomization or getting a placebo,” Dr. Neal Meropol, division chief of hematology and oncology at University Hospitals Case Medical Center in Ohio, told Medscape Medical News about why it is so difficult to convince people to commit their time and health to research. According to the survey, individuals are reluctant to enroll in trials because they believe the standard treatment is better (37%), they’re afraid of getting a placebo (31%), or they fear being treated as a guinea pig (22%). Robert Comis, president of the Coalition of Cancer Cooperative Groups, answered those fears: “The majority of patients – 85% – go on phase III studies. In that setting they always receive the standard of care as a minimum opportunity. We never use placebos as the only treatment in a therapeutic cancer trial.”

But tackling the myths and misconceptions about clinical trials is just one way to deal with meager interest.

Here's 5 practical steps that can be undertaken to boost patient participation:

By putting the availability of patients at the center of trial site initiation, expense can be saved and a wider spread of suitable patients can be tapped across multiple sites".

Medical Research Council UK (MRC) recommends that before a trial begins, organizations should liaise with representatives from local stakeholder groups to seek their input on the design and to foster their sense of ‘ownership’ of the trial. Furthermore, the Council advises, a feasibility study should be undertaken to ascertain likely numbers of eligible participants from each potential site. Building on this idea, Barb Geiger, executive VP of clinical research organization Clinipace, wrote on her blog last year that patients interested in participating in a trial should be identified before a site is established. “Individual, personalized and patient-centric medicine represents the future of clinical research, notably in oncology. We need to write protocols and plan recruitment strategies based upon individual patient needs and not on a disease class.” By putting the availability of patients at the center of trial site initiation, expense can be saved and a wider spread of suitable patients can be tapped across multiple sites.

Next to unidentified opportunities, lack of appropriate information is the biggest obstacle preventing people from enrolling in clinical trials. A Cochrane review, published in 2013, reported on 28 studies that evaluated the effect of modifying trial information or the way it was delivered on patient recruitment. While studies using video and audio-visual materials had mixed results, an investigation evaluating the effect of providing a 10-minute video alongside written information in a trial of pregnant women with prelabor rupture of membranes found that this most likely improved willingness to participate compared with written information alone.  Additionally, interactive computer presentation compared with audiotaped presentation in a hypothetical cancer trial slightly improved recruitment. Finally, a study using brief verbal education session for Spanish-speaking women eligible for a trial on high breast cancer risk found slightly improved recruitment compared to print materials alone.

In addition to that, framing of the information about new treatments has been found to have an effect. For example, when a new medication was described as likely to “work twice as fast as usual treatment,” recruitment increased by 10-137% compared to when the substance was referred to as working “half as fast.” Interestingly, describing treatment as “new” rather than “standard” slightly reduced recruitment.

Although financial incentives in healthcare are controversial, the MRC suggests that offering modest reimbursement for the patients’ trouble, a practice with a long tradition, can be highly effective.

The first to offer financial compensation for research participation was Walter Reed, who in 1901 led the team that postulated and confirmed the theory that yellow fever is transmitted by a particular mosquito species, rather than by direct contact. He paid volunteers $100 in gold for participation, and offered a bonus of $100 for successful infection with yellow fever, payable to family in the event of death. Nowadays, 24-80% of research organizations and academic medical centers pay at least some participants.

Ethnic minorities are notoriously underrepresented in clinical trials. For example, in the U.S. only 10% of all participants are non-white, which is astonishing, considering that evidence suggests that factors such as ethnicity can impact drug performance and healthcare outcomes, with some conditions having a disproportionate impact on particular ethnic groups. For example, cancer rates are higher in Hispanics/Latinos (among women cervical cancer incidence is 2-3 times higher than in non-Hispanic Latino white women, while both men and women are twice as likely to have, and die from, liver cancer).

Research suggests that culturally tailored trial information needs to go deeper than simply providing translated literature. A 2013 study of Hispanic trial participation in the US conducted by the Moffitt Cancer Center observed that “there was confusion among Hispanic patients over why a doctor would ask them to make a treatment decision, such as participating in a clinical trial. The prevailing cultural idea was that Hispanic patients had a core belief that the doctor will tell them what to do.” The study’s lead author explained: “We found that Hispanic patients who prefer information in Spanish had different informational needs and concerns than non-Hispanic patients.”

5) Build social and mobile platforms into your plan

A study of Facebook conducted last year revealed that social media has some potential when it comes to study recruitment. Australian researchers used Facebook adverts to recruit young women for a health study in Victoria, Australia. 551 women clicked on the ad, and 426 subsequently agreed to complete a health-related survey. Of those who agreed to take part, 278 completed the questionnaire.

“The results demonstrate the potential of using modern information and communication technologies to engage young women in health research and penetrate into non-urban communities,” the study authors said.

Nevertheless, the approach isn’t without limitations. The biggest one being a sample bias, as a Facebook ad only allows to reach individuals who are on the site.

Meanwhile, Novartis ran a short pilot using Twitter, through its @novartistrials account, to publicize US clinical trials. Results of this have not been released and the accounts updates currently cannot be viewed. At the same time, Pfizer has dedicated a YouTube channel, which currently has information about a teenage smoking clinical trial and one on lupus.

Mobile apps are another opportunity for pharma to reach out to patients interested in participating in a trial. For example, Novartis’s Clinical Trial Seek app for Apple and Android smartphones sources potential cancer clinical trials in the US from the National Institutes of Health’s clinicaltrials.gov database, allowing patients and physicians to search for local trials providing educational features.

Increasing trial participation is one of the great challenges of modern science. Clarifying myths and misconceptions, reaching out to people with accurate and accessible information through channels they are most likely to use, incentivizing volunteers, and ensuring that a cross-section of population is invited to participate are just some of the solutions that can potentially boost public interest in clinical trials. It is important to remember that trials are safe and conducted with respect, and often offer a better treatment option than traditional therapies. As patients, we should stop fearing clinical trials. As an industry, we should support those who donate their time and bodies to research.