The U.S. Department of Energy’s Advanced Reactor Demonstration Program (ARDP) is calling on participants to demonstrate two fully-operational advanced nuclear reactors within five to seven years, and experts say the program’s emphasis is on a reactor that is commerically viable. 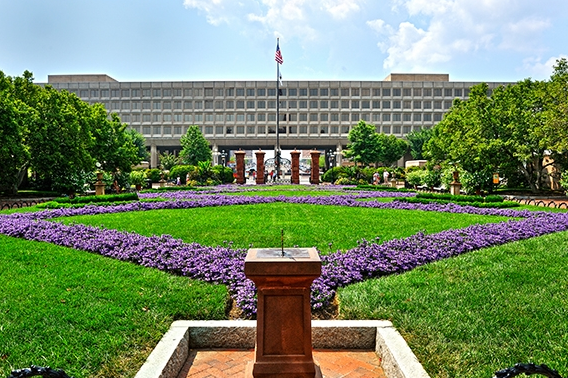 Demo applications must include a path to achieving commercial operations with a customer and be designed, sited, licensed by the U.S. Nuclear Regulatory Commission (NRC), constructed and operational within that time frame from the date of award of the cooperative agreement, the Department of Energy tells Nuclear Energy Insider.

The United States has seen its influence over the global nuclear power industry wane in the last few decades, with strict regulation limitations and a lack of state financing leading it to fall behind better funded competitors who work within a less regulated environment, such as in China and Russia.

The program was allocated $230 million from the 2020 budget and, through a cost-shared partnership with industry, will start with $160 million in initial funding in a bet on the country’s ability to innovate and bring new technology to the industry.

The ARDP is comprised of three separate pathways to support advanced reactor designs, says the DOE:

“The program is setting up a flow of new reactor development that the markets can take a look at and determine what they ultimately want to purchase. It’s to facilitate the development of advanced nuclear private industry, and to do so with some real demonstrations,” says the Nuclear Energy Institute’s (NEI) Senior Technical Advisor on New Reactor and Advanced Technologies Everett Redmond.

All Shapes and Sizes

The first pathway of the three must result in an NRC licensed, fully functional, advanced light-water, or non-light water nuclear fission reactors, says the DOE.

“They’re saying it can be any size, but they’re emphasizing affordability … certainly one of the criteria is that they have capability to be competitive in their chosen market,” Finan says.

The NRIC will provide resources to reactor manufacturers to test, demonstrate and assess the performance of advanced reactors.

“Our mandate at NRIC is to accelerate the demonstration of advanced reactors, so this demonstration program is of great importance to us. We’ll be working with INL and other laboratories to help support the teams that are proposing to the ARDP and, then, the ones that are awarded and proceed on to building their demonstration reactors,” she says.

The DOE is looking at applications to make anything from microreactors of 1-20 MW that can be mobile and deployable, to small modular reactors (SMRs) of 20-300 MW or full-size reactors with capacity of up to 1,000 MW.

Redmond believes the ARDP will look mostly to SMRs.

“I just don’t think the U.S. market currently is interested in a new 1,000 MW reactor. It’s a huge cost burden, for one, and I just don’t think it’s what companies are looking for. I would expect it to be more in the small modular reactor range,” he says.

The legislation behind the program is aiming for design diversity, so the DOE is likely to be aiming for two machines that fit different market niches, Redmond says.

Non-electric uses of nuclear will also be considered, says Finan.

“We’re also looking at industrial energy needs and being able to provide high temperature heat for industrial applications is something that is challenging to do with a clean energy source but nuclear is well suited to it,” says Finan. Production of hydrogen as a fuel, creation of which is a fairly carbon intense process, can also be done via nuclear, she notes.

The strategy and the demonstration program are signs that that the U.S. Federal government, with backing from parties from both sides of the aisle, is prepared to fund and work with private partners to support the U.S. nuclear industry, says Policy Advisor for the Climate and Energy Program at think tank Third Way Jackie Kempfer.

“This program is right on time. We’ve done the ground work and set the stage to build a reactor to be commercialized. Around 2030 we’re going to see utilities and large manufacturing companies start to purchase large-scale infrastructure components for their power system with a life span to go beyond 2050, which is the goalpost to hit zero emissions globally,” says Kempfer.