Orano eyes US spent fuel transfer after one year of cooling 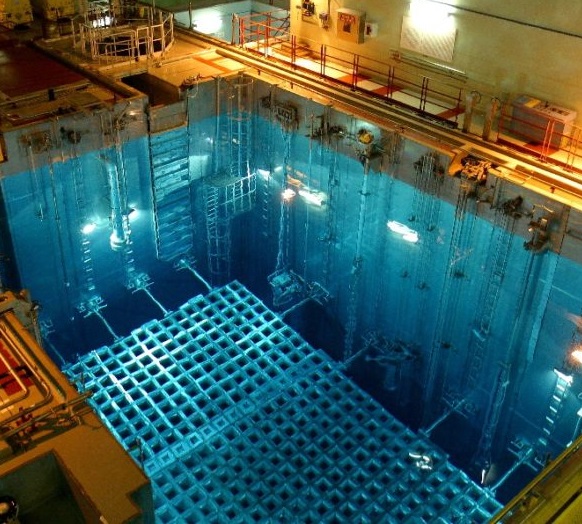 Decommissioning operators are looking to accelerate the transfer of spent fuel from cooling pools to dry storage to cut costs.

The Nuclear Regulatory Commission (NRC) approved the use of Orano canisters to store nuclear fuel with higher decay heat and cooling times as short as two years.

The U.S. is entering a wave of decommissioning projects as operators accelerate closure plans in the face of wholesale price pressures. Some 13 U.S. reactors are set to close between 2018 and 2025 and many of these are set to undergo immediate decommissioning to reduce future cost risks.

“Orano has existing technology used in France and elsewhere that could be employed in the U.S. to safely transfer one-year equivalent cooled fuel to dry storage," he said.

In the U.S., Holtec and SNC-Lavalin created a joint company, Comprehensive Decommissioning International (CDI) while Orano and U.S. demolition specialist Northstar created Accelerated Decommissioning Partners (ADP). These decommissioning specialists plan to use economies of scale and the latest technology advancements to increase efficiency.

Holtec has moved fast to acquire closing plants. Last month, the company agreed to buy Entergy's 2 GW Indian Point nuclear plant in New York State after it is shut down in 2020-21. Indian point consists of three reactors. Unit 1 is shut down and Units 2 and 3 remain operational.

Locations of closed or soon-to-close reactors 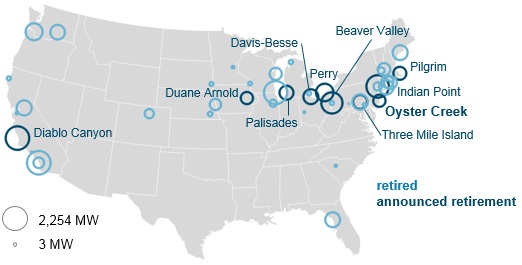 Operations and security costs can fall by $10 to $30 million per year after spent fuel is transferred to dry storage, depending on the size of the plant and staffing levels, Juan Subiry, Vice President, Market and Product Strategy, at NAC International, told Nuclear Energy Insider.

In June 2018, NAC International completed the transfer of 887 fuel assemblies from pool to pad at the 556 MW PWR Kewaunee Power Station (KPS) within five years of shutdown. The fuel transfer was performed in a record time of 23 weeks.

Operational costs at Kewaunee fell by around $13 million per year after defueling was completed, mainly due to lower staffing costs, Subiry said.

Going forward, the total time to completion of spent fuel transfer could fall to around 2.8 to 3 years, from first cask in pool to last cask on the pad, Subiry said.

This would involve "mix and matching colder fuel with hot fuel from the last core among a number of casks, and implementing other limiting considerations for doses during storage and eventual transport,” he said.

Wider technology advances will also speed up the reactor dismantling process and allow more work to be completed during spent fuel transfer.