Ontario Power Generation [OPG] plans to fill a predicted supply gap in the 2030s with new nuclear capacity and the utility is collaborating with Saskatchewan on the potential for a Pan-Canadian fleet of Small Modular Reactors, Nicolle Butcher, OPG's Vice President of Strategy & Acquisitions, said. 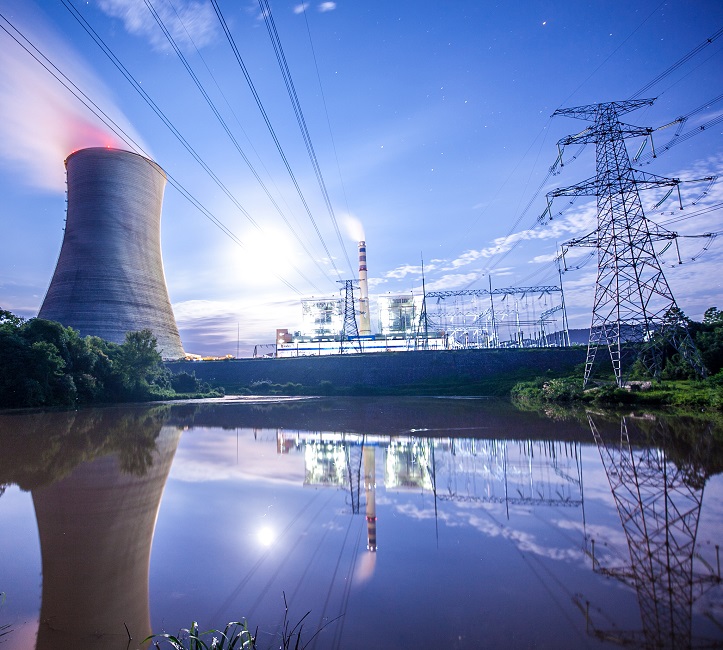 In Ontario, aggressive carbon reduction targets led to the closure of almost 7 GW of coal-fired generation between 2005 and 2014.

OPG, the province's largest power generator, replaced coal-fired generation with renewable energy, backstopped by gas-fired capacity and life extensions of 6.6 GW of large-scale nuclear capacity. The utility plans to close its 3.1 GW Pickering plant in 2024 and new carbon-free power capacity will be needed to ensure Ontario meets its objective of cutting greenhouse gas emissions by 37% below 1990 levels by 2030 and by 80% by 2050.

OPG forecasts a gap in its power generation portfolio in the 2030s and it intends to fill this gap with nuclear power, Butcher told the International SMR and Advanced Reactor Summit 2017 on March 30.

"We have been dropping demand since 2008...It's very hard in that environment to say we want to pick a big reactor so we need to be able to do it in increments," she said.

OPG has maintained the option to build new nuclear plants by acquiring a 10-year site preparation licence in 2012 at its Darlington nuclear plant site east of Toronto.

"Being able to see 15 years out is becoming more difficult...We need something that can be competitive with a [gas-fired] plant from a decision-making perspective," she said.

A number of advanced nuclear reactor developers are targeting the Canadian market, where the risk-informed regulatory framework is considered more supportive for licensing new designs than in the U.S. and where numerous remote communities and industrial facilities represent captive electricity consumers.

OPG wants to maximize economies of scale gained by multiple reactor deployment and is collaborating with Saskatchewan power authorities to examine the potential of a "Pan-Canadian approach," Butcher said.

Saskatchewan is a key global uranium producer and is seen as a potential market for grid-size SMR deployment.

OPG and Saskatchewan's main power utility Saskpower are examining the "potential to have the same reactor design and whether it fits into the system," Butcher said.

"We would prefer not to have a unique reactor in our province as a single unit, we would like to have a fleet across the country," she said.

Low gas prices and rising renewable energy capacity have made many coal plants unprofitable and the U.S. closed around 14 GW of coal-fired capacity in 2015, according to data from the Energy Information Administration (EIA). Going forward, the full extent of coal plant closures will depend on legislative decisions made by the pro-coal Trump administration and state-level objectives on carbon emissions.

To feature in utilities' long term power generation plans, SMR developers should aim to limit the time between investment decisions and plant delivery to 5 to 7 years, Butcher said.

"We can keep stability in the decision-making for that period of time," she said.

OPG shut down the last of its last coal plants in 2014, but replacement capacity decisions were made in around 2005-2006, Butcher noted.

"If SMRs had been more advanced at the decision-making time...and they had been a proven option that could have been in place by 2014, we probably would have gone there," she said.

Social acceptance of SMR plants will also be a key challenge and developers must highlight the clean and reliable power supply offered by their projects, Butcher said.

"We need to broaden the elements beyond jobs," she said.

The cost and schedule of large-scale nuclear maintenance projects will also play a key role in SMR deployment, Butcher noted.

In October 2016, OPG started a CA$12.8 billion ($9.6 billion) refurbishment project at its 3.5 GW Darlington plant to extend the lifespan by 30 years. Bruce Power has also begun a CA$13 billion life-extension project for its 6.3 GW plant north-west of Toronto.

"Our view is this is a key project for the nuclear industry. It's probably fair to say that if we do not pull this off on time and on budget we will never build an SMR in Ontario and maybe not even in Canada," Butcher said.