WNA Report says of nine reactors connected to the grid in 2018, seven were in China. 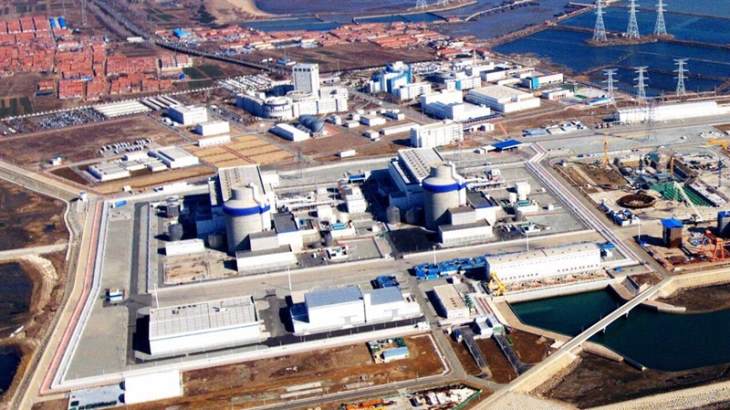 With nine reactors grid connected for the first time in 2018 and five reactors starting construction, the number of reactors under construction fell from 59 to 55 over the course of the year, according to the World Nuclear Association’s recently published Performance Report 2019. The reactors have a combined capacity of 6,279 MWe.

The report highlighted the rapid rise of Asia, with nuclear generation up more than 10% to 533TWh – accounting for more than 20% of global generation.

Unsurprisingly, it is China leading the way, with 46 operable nuclear reactors representing about 11% of the world’s nuclear capacity. In 2018, the country connected a record 8.3 GWe of new capacity – the second largest annual increase achieved by any country. Of the nine reactors connected to the grid in 2018, seven were in China (with reactors connected at Tianwan, Haiyang, Sanmen, Taishan and Yangjiang).

Taishan 1 became the world’s first operating EPR in June 2018, quickly followed the next month by Sanmen 1 – the first AP1000 to supply electricity to a grid. Earlier in the year, China connected Yangjiang 5, its first ACPR-1000.

While this growth is impressive, a study from China’s National Development and Reform Commission’s Energy Research Institute (published October 2018), said 554 GWe would be required by China by 2050 – to meet demand while also fulfilling emissions targets.

Commenting on the Productivity Report’s findings, WNA Director General Agneta Rising said the pace of progress of restarting more reactors was slow, and despite 55 new reactors under construction at the end of 2018, including five constructions starts, build times were considerable slower. 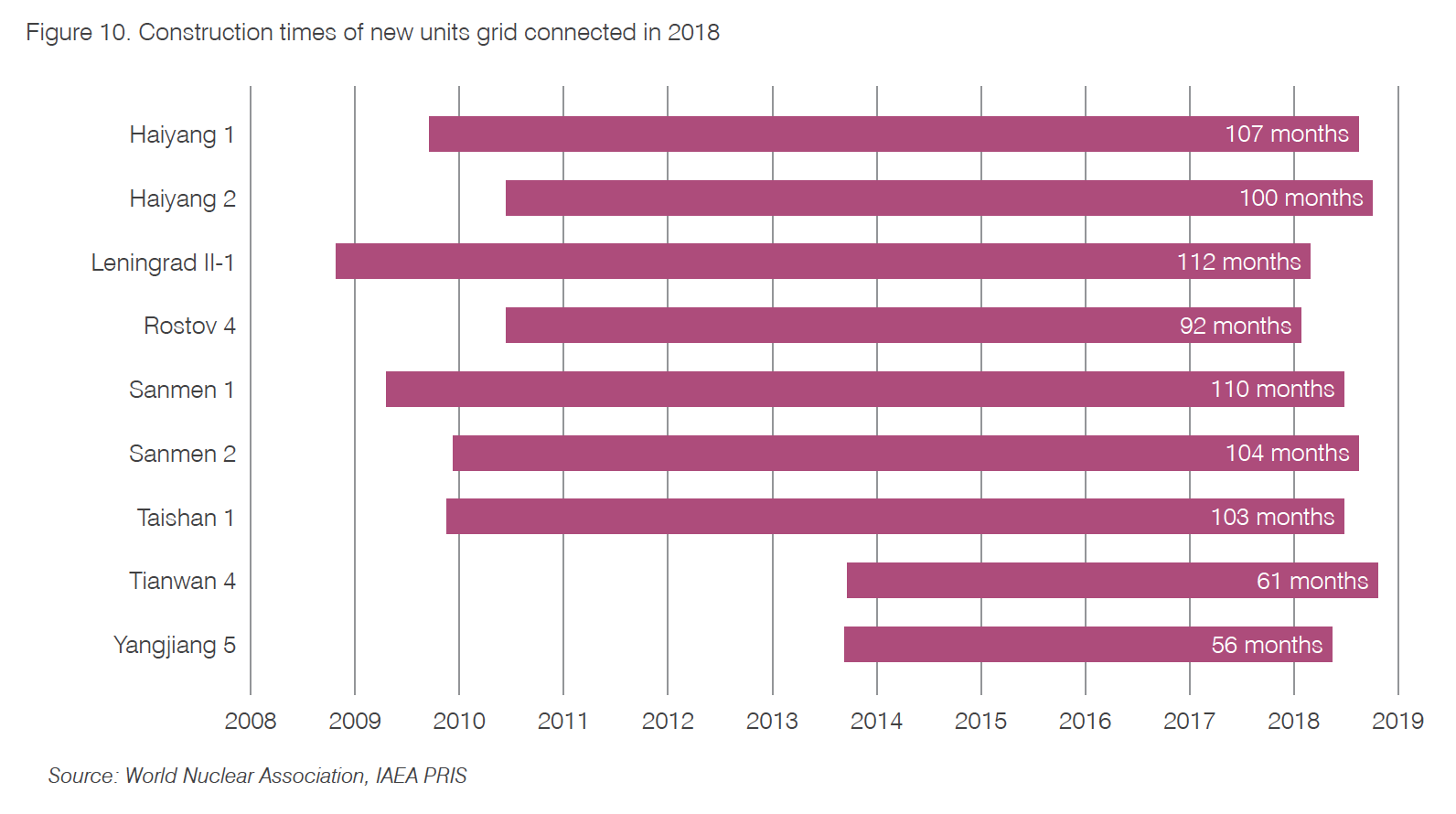 Rising highlighted construction commencing on the first of four planned units at Akkuyu in Turkey and the first formal start of construction in West & Central Europe since 2007 at Hinkley Point C in the UK, with first concrete poured for the first of two EPR units.

In South Korea, Korea Hydro and Nuclear Power (KHNP) connected the country’s second APR1400, Shin Kori 4, to the grid in April 2019. Shin Hanul 1 is expected to follow later this year, which will see the country’s operable nuclear capacity rise to a record 24 GWe. Nuclear generates about a quarter of the country’s electricity.

South Korea’s nuclear industry continues to export successfully, completing the construction of the first of four APR1400 reactors at Barakah in the UAE in March 2019.

India is also showing a considerable appetite for nuclear reactors, with seven under constructions as of January 2019, with a combined capacity of 4.8 GWe. The country announced plans to bring 21 more reactors online by 2031.

Talks are ongoing with EDF for the construction of six EPRs at Jaitapur, and with Westinghouse for six AP1000 units at Kovvada. In October 2018, Russia and India signed an agreement to build six nuclear units at a new site in the country.

Russia connected two units to the grid in early 2018 – Rostov 4 and Leningrad II-1 were the first to be connected since Novovoronezh II-1 in August 2016. First concrete was poured for unit 1 of the Kursk II plant in April 2019, while the second unit of Novovoronezh II began supplying electricity to Russia’s grid in May 2019.
Significantly, Russia also completed construction of the first floating nuclear power plant, Akademik Lomonosov, with the plant’s two reactors brought up to 100% capacity in March and due to be connected to the grid in December – at the port of Pevek.

WNA’s report says the strength of the Russian nuclear industry is reflected in its strong export market – including building Turkey’s first nuclear power plant and (in December 2018) connecting Tianwan 4 to the grid in China, which was the fourth Russian-designed reactor deployed there. In June 2018, contracts were signed for four further VVER units in the country. Of the 47 reactors under construction outside Russia at the end of 2018, nine were Russian designs.

Saudi Arabia is planning to build two large nuclear power reactors, and has plans for small reactors for desalination, with vendors from China, France, Russia, South Korea and the US pitching for the contracts. Egypt plans to host four Russia-designed VVER-1200 units at El Dabaa, with Egypt’s Nuclear Regulation and Radiological Authority granting site approval in April 2019.