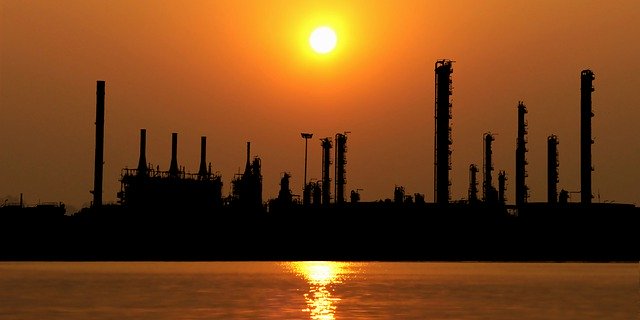 New olefins and derivatives production likely tightened margins more in the fourth quarter of 2019 while a report indicates the market may be absorbing well the new U.S. Gulf Coast supply and making room for more to come.

ExxonMobil filed an 8-k report on Jan. 3 and said its chemical margins may see a further deterioration in the fourth quarter of 2019, with management estimating the potential impact on chemical earnings at anywhere from $300 to $500 million.

ExxonMobil and several other petrochemical companies reported weakness in chemical margins in third quarter 2019 earnings, many citing a surge in production of commodities like polyethylene leading to price declines.

ExxonMobil chemical earnings during the third quarter were $200 million. The company said at the time margins remained weak with supply length from recent industry capacity additions. ExxonMobil started in that quarter a 650,000 tonnes per year polyethylene line in Beaumont, Texas.

A study by Wood MacKenzie points to overinvestment likely leading to a reduction in the industry’s capacity utilization rates. Meantime, a top official at ChevronPhillips believes plastic markets can make room to accomodate the output of new plants to come online.

Mark Lashier, CEO at ChevronPhillips, mentioned during an interview published in the company’s website on Jan. 9 that he sees markets absorbing the North American Gulf Coast´s new output without much market disruption.

“We’re seeing a natural course of events from this assets coming on, ramping up, getting digested in the marketplace and now the inventory is presumably back to a more sustainable level,” said Lashier in a Bloomberg interview the company posted.

Such an inventory adjustment to more sustainable levels “is great because next year there is more capacity coming on, so the inventory level is dropping, there is room for that capacity to come on without being too disruptive,” he added.

“We started a facility in late 2017, early 2018. Those assets came online quickly and were sold out very quickly so like I said the growth is there, the demand is there. We’ve been able to run our assets at 100% and place the material successfully,” he said.

“Part of the key, though, is the advantage feedstock position that we placed around our assets. We believe that the strategy we deployed would allow us to compete globally in any part of the business cycle,” he said.

“Margins are compressed because of the uncertainty,” Lashier said.

“We’re still doing well but we always like to have higher margins. We’re seeing the levels of ethylene decline in North America and prices moving up and the same thing is happening in polyethylene today,” he said.

According to report by Wood Mackenzie, 2020 will mark a big change in the olefins industry, not just in North America but globally, because it will mark the start of the deepest downcycle the global olefins market has ever seen.

Wood Mackenzie expects the combined capacity expansion of base olefins, ethylene, propylene and butadiene, to hit unprecedented levels of around 20 million tonnes in 2020.

This represents an increase of 6% on 2019 levels. Meanwhile, global demand for base olefins is predicted to grow by only 3.8%, it said.

As for feedstock, Wood Mackenzie expects U.S. ethane prices to be lower than in 2019 due to upstream supply growth and infrastructure developments.

“Overall, lower ethane and LPG prices will be a boon to U.S. ethylene producers that have seen tight margins because of domestic oversupply,” Kirby said.

“Utilization rates across the major ethylene derivatives are expected to start falling markedly this year (2020), which will in turn impact ethylene utilization rates,” the report added.

The fall in utilization rates across the ethylene value chain will have “a knock-on effect on prices,” according to Wood Mackenzie.

Many markets will show major change during the year ahead, however not even the U.S. can match the transformation that is taking place in China, the Wood Mackenzie report said.

“In 2020, China will add approximately 5.8 million tonnes of new ethylene capacity - an unprecedented single-year change for the country.

China has been a destination for U.S. chemical products. U.S. chemical and energy exports to China have been weighed down by tariffs in the past two years.