The renaissance of Canada’s petrochemical industry

Endowed with abundant natural resources, a highly skilled workforce and a competitive tax system, Canada is making the most of North America’s petrochemical renaissance.

From Fort Saskatchewan, Alberta, to Sarnia, Ontario, Canada’s petrochemical industry is undergoing a period of renewal, with huge opportunities for growth and innovation.

The Chemistry Industry Association of Canada (CIAC) predicts a 30% growth of investments in capital projects in 2015, up to $3.4 billion. 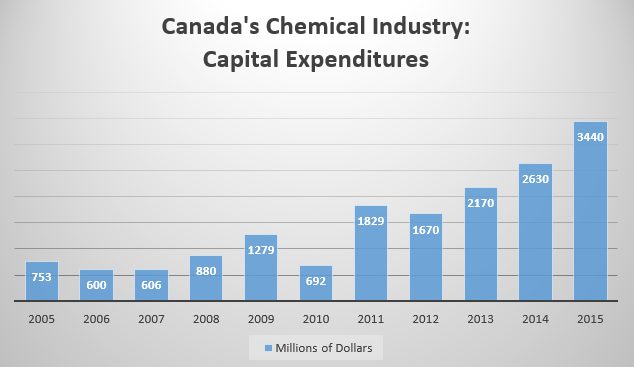 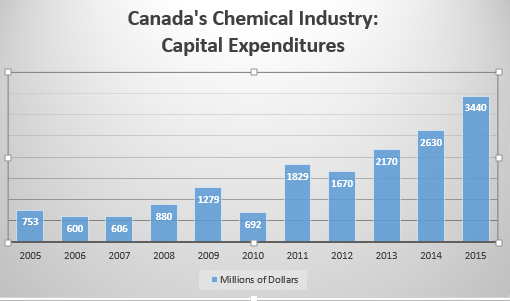 “Most of the opportunities announced to date revolve around adding derivative petrochemical capacity to maximize usage of existing ethane crackers. No new cracker projects have yet been announced for Canada, but several are under internal corporate assessment,” said David Podruzny, CIAC's vice president Business and Economics and board secretary.

The country’s burgeoning petrochemical industry relies on abundant and cheap feedstock. Canada is the world’s fifth-largest crude producer and the largest foreign supplier of energy to the U.S. Its proven oil reserves amount to 173 billion barrels, according to the U.S. Energy Information Administration (EIA). 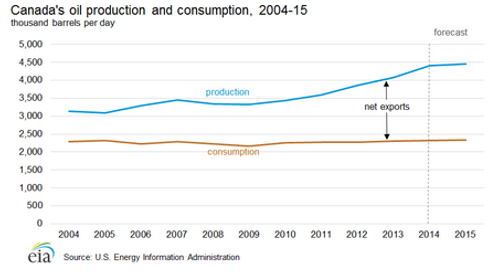 Until now, the impact of low oil prices has been “marginal”, as stated by the International Energy Agency (IEA)’s Oil Market Report, published on January 16 this year.

“North America generally has seen a dramatic reversal regarding the attractiveness of new petrochemical investment, driven primarily by the shale gas phenomenon and secondarily by the onset of projects that commercialize biotechnology for making organic chemicals,” Podruzny said.

In Ontario and Alberta, the combined federal and provincial rate is 25%, while in British Columbia and Quebec it is 26% and 26.9%, respectively, “much lower than in competing US jurisdictions,” Podruzny added.

Moreover, conducting research in Canada is very cost effective, since R&D is encouraged by a favorable fiscal treatment.

The effect of these factors is evident in Canada’s highly integrated petrochemical clusters, wellsprings of technological innovation and economic growth.

“From a petrochemical point of view, what makes projects viable is the overall energy integration so that you waste less and utilize more. In a cluster, you can leverage the strengths of your neighbors and of the infrastructures in place,” said Ernie Levinski, business development manager at DuPont.

Canada’s “energy province,” also known as the “Texas of the North,” is a case in point. Endowed with 167 billion barrels, situated close to both the capital Edmonton and the region’s oil sands, Alberta’s Industrial Heartland hosts approximately 36 petrochemical and chemical manufacturers.

Ethylene accounts for the majority of Alberta’s petrochemical production: up to 245,000 bpd of ethane feedstock originate from local natural gas supply. 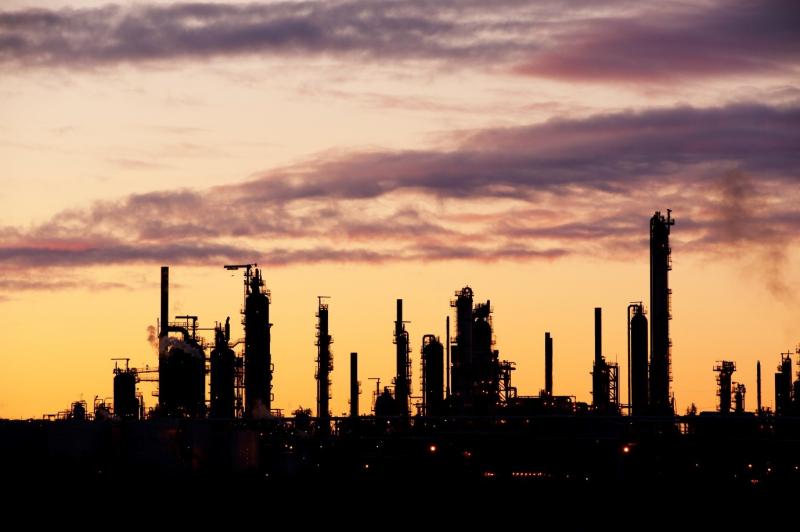 Ontario, Canada’s most populated province, hosts 43% of the country’s chemical manufacturing. One of the region’s main comparative advantages is the abundance of shale gas liquid, important feedstock for the industry.

Ontario is home to Sarnia-Lambton, one of the world’s most important refining and petrochemical complexes.

With its well-developed supply chain and advanced infrastructures, Sarnia-Lambton is at the forefront of biochemicals and biohybrids research globally.

There also huge possibilities to expand the cluster’s potential, thanks to a remarkable amount of brownfield, according to David Moody, project leader for Business Growth Services at the Sarnia-Lambton Economic Partnership.

A highly skilled workforce is another strong asset of Ontario’s petrochemical cluster. “There is an expertise that has been here for many generations,” Moody added.

Several global chemical companies are operating here, among them Nova Chemicals and Lanxess.

The availability of LNG is also fuelling change and innovation. In November 2014, the Nova Chemicals Corunna Cracker was revamped at the cost of $250 million to use ethane coming from the Marcellus Shale Basin as feedstock. By 2018, its capacity will be expanded by 20% to 1 million t/y.

Another crucial asset of Ontario’s industrial hub is its network of effective highway connections with the Great Lakes Industrial Corridor.

“Canada offers foreign investors in this sector strong production economics, excellent proximity to markets (both North American and Asian), an established production and transportation infrastructure with 19 refineries and 825,000 kilometers oil pipeline system, and access to one of the largest capital markets for oil and gas companies,” said Michael Atkinson, president of the Canadian Construction Association (CCA).

Canada can also rely on years of experience in exporting offshore, on skilled and relatively stable workforce and on a diversified and vast biomass, Podruzny said.

“Canadian industry has a long history of working collegially with governments with respect to environmental policies and regulations, much less adversarial that in the U.S., less onerous than REACh [Registration, Evaluation, Authorisation and Restriction of Chemicals] in the EU,” Podruzny added.

However, to keep on growing also in the current low oil prices environment, Canada needs to improve the quality of infrastructures, in particular of rail freights, and to face a shortage of skilled workers.