Costa Coffee has partnered with biomass specialists Bio-bean to turn more than 3,000 tonnes of its waste coffee grounds into low-carbon fuel. This partnership has been rolled out to 850 stores nationwide, following a trial period earlier this year.

Costa’s energy and environment manager Oliver Rosevear told BusinessGreen: “Historically we have always managed our waste grounds with our food waste, which goes to anaerobic digestion. That’s a good start, but we always looked at coffee grounds as being a slightly more valuable material.”

The partnership will reduce costs for the coffee company, as sending the coffee to Bio-bean is cheaper than alternative disposal methods. The oil in the coffee grounds is extracted using a biochemical process and the remaining 80-85% is turned into bio-mass pellets used to burn in boilers. Bio-bean’s tests have found coffee pellets to produce 150% more energy than wood due to their higher calorie content.

Arthur Kay, founder and chief executive of London-based Bio-bean, said: "Costa has proven that this can work at scale, save companies money and save a huge amount in terms of emissions in the process. It has set the example and the gold standard in terms of where others now need to get to."

The US space agency NASA has released a startling 3D visualisation of how carbon dioxide moves through the Earth’s atmosphere. The visualisation uses measurements by the agency’s OCO-2 satellite and combines them with a sophisticated Earth system model to provide one of the most realistic views yet of the behaviour of this critical greenhouse gas.

Scientists have tracked the rising concentration of CO2 using ground-based sensors for decades, but NASA’s visualisation of how CO2 increased, decreased and moved around the globe from September 2014 to September 2015 could help answer some critical questions that have eluded scientists, said Lesley Ott, a carbon cycle scientist at NASA Goddard and a member of the OCO-2 science team.

Such questions include which of the planet’s ecosystems are absorbing what amounts of carbon dioxide and, perhaps most significantly, whether the land and oceans will reach saturation point as emissions keep rising.
OCO-2, launched in 2014, is NASA's first satellite designed specifically to measure atmospheric carbon dioxide at regional scales. Steven Pawson, chief of NASA’s Global Modelling and Assimilation Office, said: "The level of detail included in this dataset gives us a lot of optimism that our models and observations are beginning to give a coherent view of the carbon cycle."

Employee engagement helped P&G meet its target to reduce energy use by 20% per unit of production four years early, the US consumer goods company said in its first ever Citizenship Report.

The report, which covers the year to the end of June, said its Power of 5 energy campaign, focused on everyday actions by employees, had improved energy efficiency at its manufacturing sites by 5% in the past 12 months. Energy improvements have led to $500m in savings since 2010, the company said.

The report expands the scope of its sustainability reporting to include ethics and corporate responsibility, diversity and inclusion, and gender equality, in addition to environmental sustainability and community impact. The company said it was part of ongoing efforts to align its reporting with the UN’s Sustainable Development Goals.

Other goals that have been reached or exceeded include mapping supply chain engagement and traceability, third-party certification of all virgin wood fibre, a 20% reduction in water use and 20% cut in truck transportation by 2020.

P&G made progress towards its goal of using 30% renewable energy, achieving 9.6% in the financial year, with two other projects under way that will nearly double its use of renewable energy in 2017: a 50MW biomass project at its facility in Albany, Georgia and a 100MW windfarm. 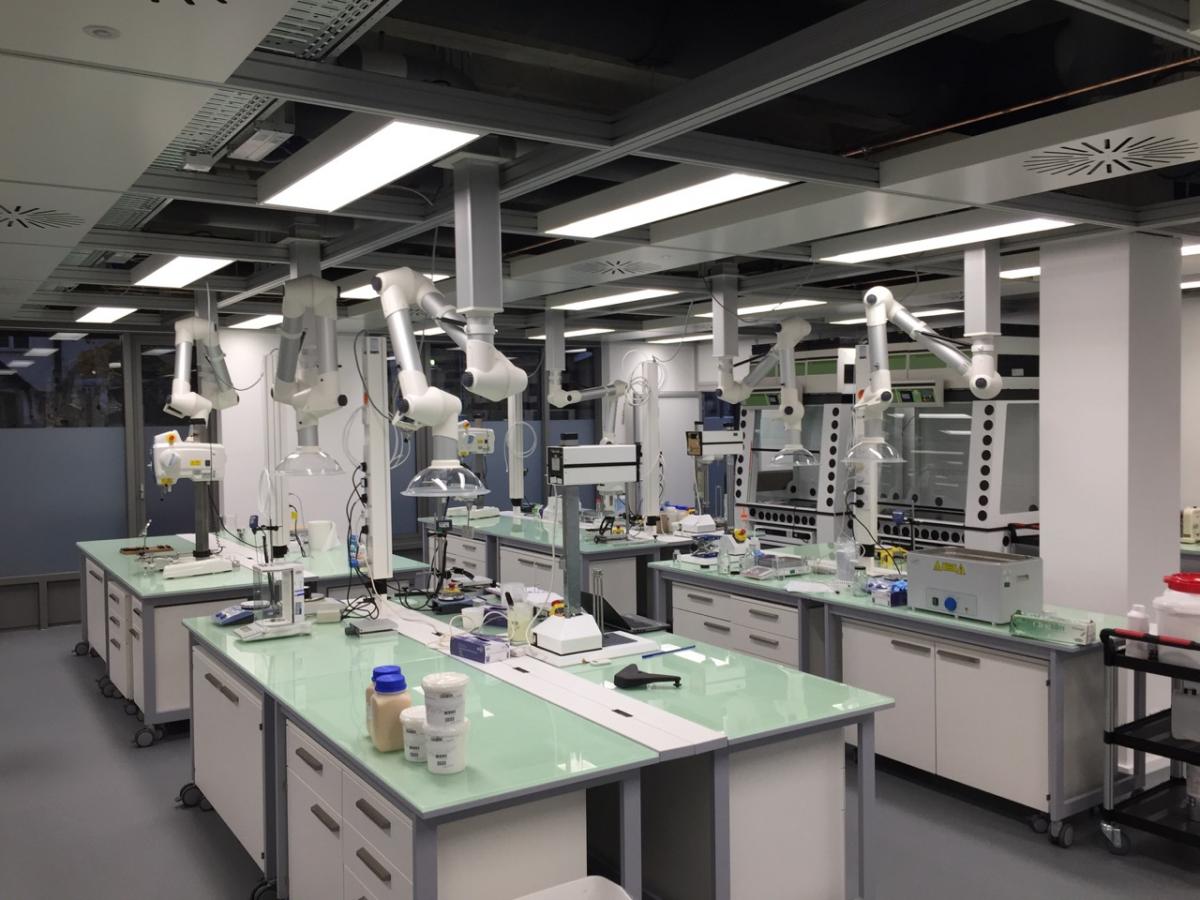 The Body Shop has pulled together marketing, sustainable sourcing and product development under one roof in a new £1m beauty innovation hub at its headquarters in East Croydon, on the outskirts of London.

The company said the lab, which will test and incorporate new ingredients sourced from communities and bio-diversity hotspots all over the world, will give The Body Shop more scope and control over creating innovative new ethical products.

The Body Shop, which is part of the L’Oréal Group, said it will also fast-track testing and product reformulation using a unique ingredient database, focusing initially on reducing the environmental impact of its most popular products.

Gaetane David, the company’s research and innovation director, said: “By broadening our in-house expertise we’re bringing product innovation and sustainable product development back in our hands and to the heart of our business.”

The company said the new lab would help it meet its Enrich Not Exploit sustainability commitment to 2020, which includes targets to double the size of its community trade programme, ensure 100% of its natural ingredients are traceable and sustainably sourced and reduce the environmental footprint of all its product categories each year. 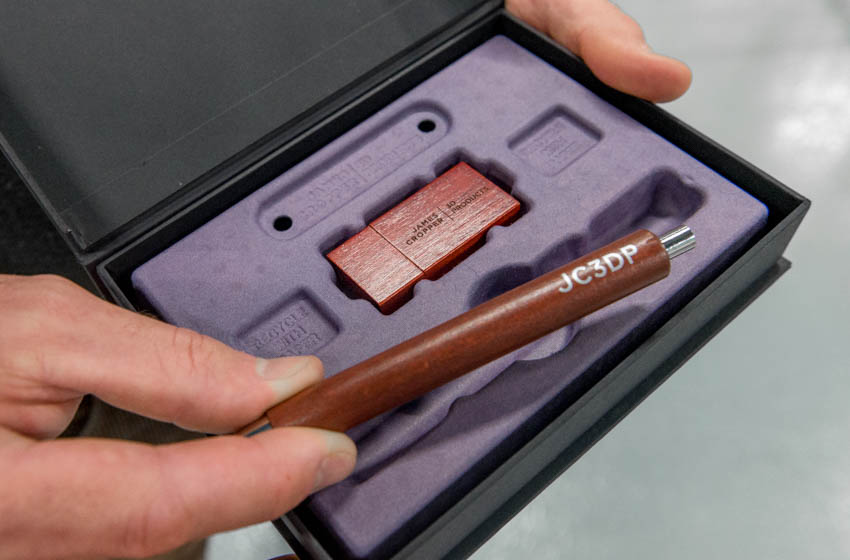 James Cropper PLC, which this year developed the world’s first coffee cup recycling plant, is helping in the annual battle against Christmas landfill by making a sustainable alternative to plastic in gift packaging.

The UK company, which is based in Burneside, makes moulded paper packaging that can be recycled with household paper. The wood pulp it uses to make the packaging comes from either Forest Stewardship Council or Programme for the Endorsement of Forest Certification (PEFC) accredited forests.

Colour scientists at James Cropper can match moulded paper to literally any colour, a key factor in motivating global brands to make the switch from plastic. DEFRA figures also show only 31.6% of plastic used in the UK is recycled, compared to 89.4% of paper.

The company’s chief technology officer, Patrick Willink, said: “The important thing is that it is making it easier for brands to use moulded paper as a true alternative to plastic. Considering the comparative recycling rates for the two materials, we hope this will mean less waste from packaging going to landfill during the Christmas period in the future.” 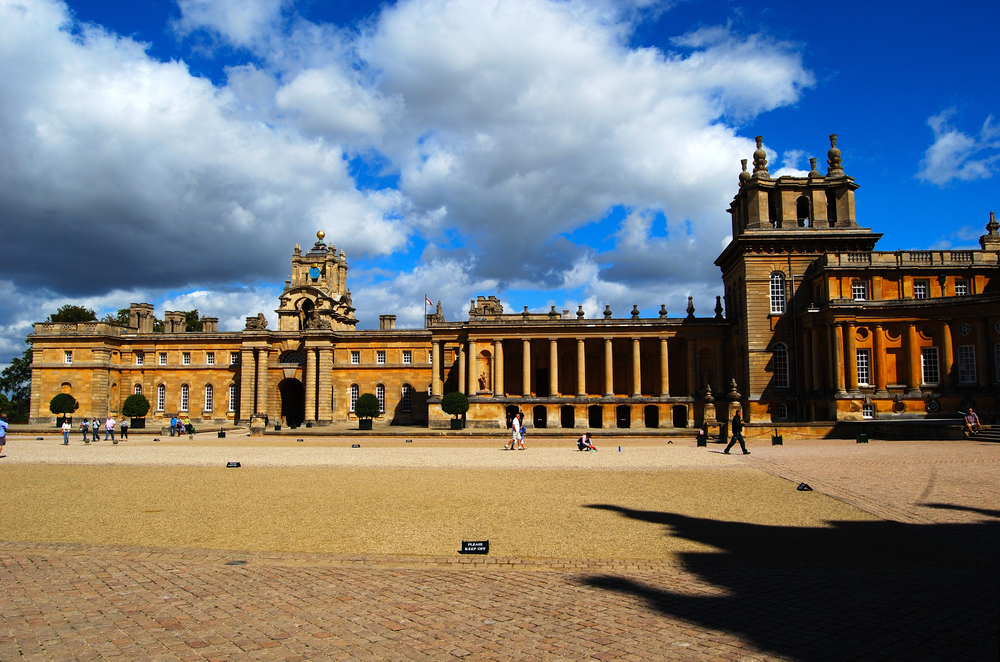 Blenheim Palace has embraced renewable energy, The Oxfordshire palace, home to the Duke of Marlborough, recently installed 196 solar panels, which will generate 50kw of electricity.

The Oxfordshire palace also has a hydro power Archimedes’ screw, which supplies homes on the estate with 78,000kWh of renewable energy per year, and two biomass boilers, which replaced oil boilers, supplying enough green energy to power the Pleasure Garden facilities, greenhouses and offices. A third of all lighting within the palace is now provided by LEDs and electricity use by the estate this year was at its lowest point for the last five years, it said.

Heather Carter, head of operations at Blenheim, said: "To continually reduce our carbon footprint year-on-year while simultaneously welcoming more and more visitors to Blenheim is quite an achievement, but there is still a very long way to go,"

‘We are sliding from climate crisis to climate disast...
Brand Watch: ’Tis the season to use recycled plastics...
20 years of helping companies on their sustainability j...
'Could COP26 signal the end of coal? Only if we in...
comments powered by Disqus