As we move into the third decade of the 21st century, the rules-based free trade system is under significant threat. Last month, the Institute for Human Rights and Business (IHRB), the organisation I am proud to lead, celebrated its 10th birthday by not playing it safe. Our Next Generation Trade conference set out explicitly to discuss one of the central inconvenient truths of our time: that multilateralism and many of our international institutions are under significant threat, not least by those tasked with defending a rules-based system of international trade.

By the time you read this, we will know if the US government has allowed the appointment of new judges at the World Trade Organization’s (WTO) appellate body, one of the few effective tools of international law. Even if the US has given way, or the WTO has found a way of patching together an alternative arrangement, no one should doubt that the international trade rules of the WTO are now contested and increasingly undermined. US-China rivalry is spilling over into a new cold war in which trade is becoming a front line.

Why is it a concern of business? Many international businesses have grown up in an era of relatively free trade. Global value chains have curled around the topographies of what might not have been a level playing field, but certainly a more level playing field than the days of the slave trade, the East India Company or the pre-second world war tariffs.

Protectionism will force businesses to choose sides: a trend that is already under way

Twenty years ago, NGOs rallied to protest outside of the WTO summit in the US, the so-called Battle of Seattle. The concern then was that the rules of free trade privileged the largest companies and, in particular, the global north’s hegemony over southern markets. What is remarkable is how much this balance has shifted over the past two decades; as the global north has become more protectionist, the south has increasingly benefited from the rules-based system.

Now the majority of global south governments, as well as NGOs and inter-governmental organisations, wish to preserve the WTO, warts and all; as the alternative – of trade backed purely by economic, political and military might – is far worse. Protectionism will force businesses to choose sides: a trend that is already under way if you look at the penalties US (or even European businesses) might face when dealing with Iran.

For those of us who have been trying to integrate environmental and social standards into trade, there is indeed a huge opportunity. It has surprised many to see that the new Nafta (United States-Mexico-Canada Agreement) is stronger in terms of labour rights and human rights standards than the old one, with specific chapters on both gender and indigenous rights. Whilst not consistent in their wording or application, bilateral EU trade agreements now routinely contain labour rights and human rights provisions, and even China’s bilateral agreements with Iceland and Switzerland protect workers’ rights. 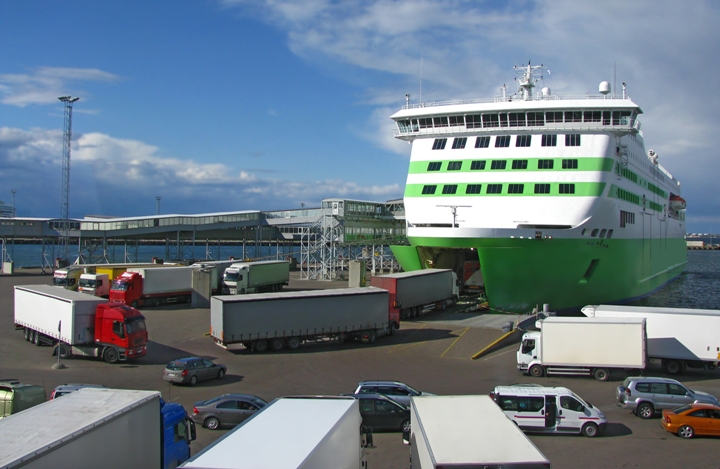 Businesses used to operating with free trade will have to adjust as protectionism grows. (Credit: Milos Jaric/Shutterstock)

Moving forward, we can expect both carbon and data to be key commodities in trade negotiations and, with them, much more rigorous attention to issues such as climate change, privacy rights and data protection. Climate change was a material issue in the EU-Canada agreement, whilst leaked governments papers in the UK suggest that the US government has already requested climate to be “off the table” in any future post-Brexit US-UK trade negotiations. The moot point is that to allow non-parties of the Paris Climate Agreement a free pass on their carbon emissions is to confer onto them a significant trading advantage to the other party.

On a warming planet, with many ecosystems under severe stress and the livelihoods of many populations threatened by the inevitable transitions and adaptations ahead, populations will demand that their governments increasingly include ESG criteria in trade negotiations. This change is likely to come relatively quickly. In parallel, international financial markets will not wish to be exposed to the significant risks of investments in the fossil fuel industry, low-lying communities or increasingly unstable economies, and they too will start discounting the value of any asset exposed to ESG risk.

This is deeply unfair for countries such as Bangladesh, whose credit rating will fall due to sea level rises that are almost entirely not of its making. The UNEP Finance Initiative Principles for Responsible Banking, launched on the fringes of this year’s UN General Assembly in New York, is just the start of how private banks will respond, and export credit agencies, international financial institutions, sovereign wealth funds and institutional investors will all be moving in the same direction.

The undermining of multilateralism could not come at a worse time

There is a significant opportunity for all of us who have spent the best part of our lives trying to align the non-financial with the financial basis of markets. The integration of the Corporate Human Rights Benchmark into the much broader SDG-based World Benchmarking Alliance is just one example. Watch out for many initiatives that try to link the social to the environmental as recognition grows that the radical transformations ahead to meet environmental challenges also need social acceptance. It is no coincidence that in her first speech as president of the new EU Commission, at COP25 in Madrid, Ursula von der Leyen, gave so much attention to the just transition and the green new deal.

But this success comes at a significant price. It is very nearly too late in terms of the necessary action to limit warming to 1.5C, and the undermining of multilateralism could not come at a worse time. It is not only the risk that ESG commitments are coming too late, there is also the very real danger that they will be perceived as being increasingly weaponised as part of the coming trade wars.

The US government is right to raise its voice over the suppression of democracy in Hong Kong and the incarceration of up to a million Uyghur Muslims in the Xinjiang province of western China, but it is becoming all too easy for China to paint such human rights concerns as little more than US protectionism. Such obscuration is only made easier if the US President shows scant regard for human rights in his own country or others where the US has significant vested interests (look no further than Saudi Arabia). 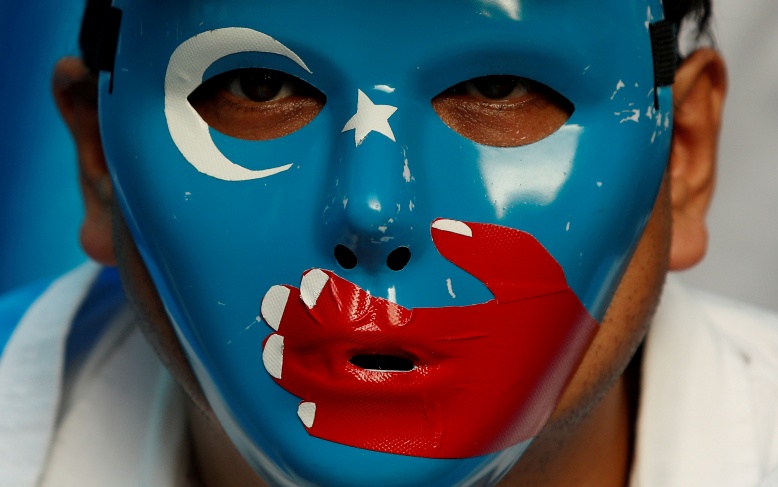 China has painted US concerns over its incarceration of Uyghur Muslims as protectionism. (Credit: Jorge Silva/Reuters)

The marginalisation of Muslim communities in the world’s two most populous nations – China and India – is one of the burning issues of the year ahead, and is hard to align with commitments to “leave no one behind” in progress towards the SDGs over the remaining 10 years before 2030.

So, we have to work hard to develop objective criteria to measure the “s” in ESG as well as protect the rule of law and the civic space required for human rights defenders and civil society to hold both governments and business to account. Many will try to frame social protectionism as trade protectionism, but that is what international standards and the rules-based system are all about. The League of Nations was unable to do this as the world warmed up for the second world war; we have to hope that the United Nations fares better as we enter what will undoubtedly be the most challenging decade of the millennium so far.

Business leaders have spoken out several times during 2019 on a range of social and environmental issues, often distancing themselves from some of the policies of elected leaders in the jurisdictions in which they operate.

In undemocratic countries without a free press, business leaders do not speak out, but that does not mean they are not making interventions behind the scenes. With the exception of the arms industry, there are few businesses that profit from increasing division and we can expect louder and louder defences of the international trade system from business itself. Populist leaders might be impervious to these interventions until their own citizens start to suffer from the downturn in global growth.

Increased automation of many workplaces also means that traditional conceptions of industrial growth no longer correlate as strongly into job creation, and so sustainable growth also means new forms of equity for workers and communities. We are entering a perfect storm – let us see if we can seize the opportunities before it’s too late. 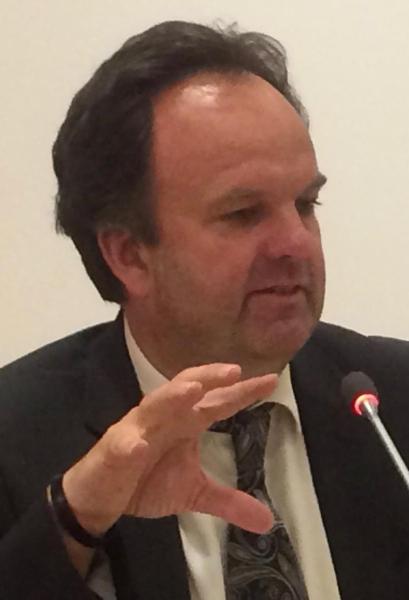