The UK mobile operator is aiming to connect 50 million women to mobile technology amid new research from Huawei highlighting the importance of ICT to development. Terry Slavin reports

Mobile phone technology will be a critical contributor towards meeting the Sustainable Development Goals, according to new research by telecoms giant Huawei, which found in a study of 49 countries a nearly perfect correlation between faster progress on the SDGs and penetration of ICT technologies.

The findings provide added impetus for concerted action to address what another recent study described as a gender gap in access to mobile technologies. GSM, which represents mobile phone operators, found that women in low- and middle-income countries are 10% less likely to own a mobile phone than men, translating into a mobile gender gap of 184 million women. Even if they do own a phone, women are 18% less likely to use mobile internet, preventing them from accessing potentially transformational services such as mobile banking and digital health platforms.

Earlier this month the W20, which advises the G20 on women’s empowerment issues, called on the world’s richest economies to make concrete commitments to equalize access to digital technologies when they meet in Argentina later this year.

One company that is leading on addressing the mobile gender gap is Vodafone, which in 2016 committed to connect an additional 50 million women living in emerging markets to mobile, and to become the world’s best employer for women by 2025.

“We really intend to make a lasting contribution to SDG5,” said Justine Harris, head of corporate transparency at the UK telecoms giant, during a Huawei-sponsored workshop on the role of ICT in achieving the SDGs at this month’s Responsible Business Summit Europe.

“Owning even a really basic mobile phone in emerging markets for the first time can significantly enhance women’s physical and economic security. It can enable a woman to communicate, to share, to learn, to manage her finances, run a business, get access to employment opportunities and improve her and her family’s health.” 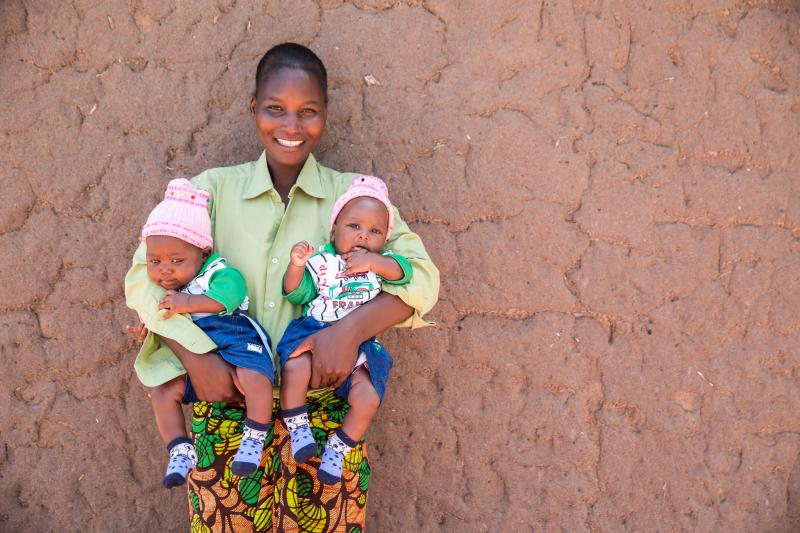 She said facilities like mobile banking and mobile health “can be life changing for women and sometimes life saving”.

The company’s latest sustainability reports points to how M-Pesa, the mobile money transfer service Vodafone developed with its Kenya associate Safaricom in 2007, has allowed 185,000 women in Kenya to switch from subsistence farming to business or sales as their primary occupation. The research showed that M-Pesa had helped lift 194,000 households, 2% of Kenyan households, out of poverty, and that 14.9 million women actively used M-Pesa in 2018, or 43% of its customer base.

Since 2016 Vodafone has launched commercial propositions specifically for women, including Smart Snehidi in India, which makes mobiles more affordable and enables women to use their devices to run small businesses, and its Mum and Baby initiative in South Africa, offering 1.2 million women free access to zero-rated websites, with content to help them care for themselves and their babies provided by healthcare providers.

Harris pointed out that Vodafone was not doing this for reasons of philanthropy. There is also a big commercial opportunity for mobile phone providers in addressing the mobile gender gap, with McKinsey Global Institute estimating the untapped female market to be worth $15m a year.

This article is part of the in-depth briefing, Gender and Diversity. See also:

Lise Kingo: ‘We have to spark a gender equality revolution’

The US firms opening their doors to greater diversity

Investors turn up pressure on Google over gender and diversity

Why supply chains are key to empowering women and increasing GDP

How Equileap is helping investment in girls to grow up

Society Watch: Can investing in education save the S in...
‘Get the blend right’ and we can unlock trillions i...
The woman at the eye of the storm of Asia’s rising cl...
Greta Thunberg: ‘Our hopes drown in your empty promis...
comments powered by Disqus