In part two of his monthly CSR #CheatSheet column, Oliver Balch looks at some of the latest corporate commitments to a green recovery as Covid-19 jolts business leaders into new appreciation of vulnerability of ‘business as usual’ models

Buffeted by the Covid-19 pandemic, no one quite knows what the future holds for the global economy. On the positive side, concerns on tackling the climate emergency and wider sustainability challenges appear to remain firmly on the board agenda. According to a survey of 100 leading sustainability professionals by The Climate Group, the vast majority (97%) of companies intend to keep their sustainability strategies unchanged going forward. In addition, four in five (80%) report the pandemic had no marked effect on their ongoing climate actions.

Indeed, pioneers in the private sector have been pushing hard to build green commitments into economic recovery packages. Recent examples range from leading Canadian business leaders lobbying for a “green new deal”, through to the industry-led Australian Energy Council asking its government for a clear commitment on net-zero emissions by 2050.

The Covid-19 pandemic is jolting business leaders into a new appreciation of the vulnerability of “business-as-usual” models to external shocks, a category that squarely includes irreversible climate change (or the “black elephant", to quote Washington-DC news outlet The Hill).

A new study published by the Network for Greening the Financial System, which represents 69 central banks, warns that the failure to act on global temperature rise could shave up to $300tn off the global economy by 2100 and lead to negative economic growth of almost -0.4% per year. Part of these losses include the anticipated cost of future regulatory moves to reduce corporate emissions. A recent calculation by the investor network FAIRR, for example, suggests the world’s 40 largest meat producers could face a bill of $11.6bn were legislators to introduce a stringent carbon tax (as mooted in New Zealand). 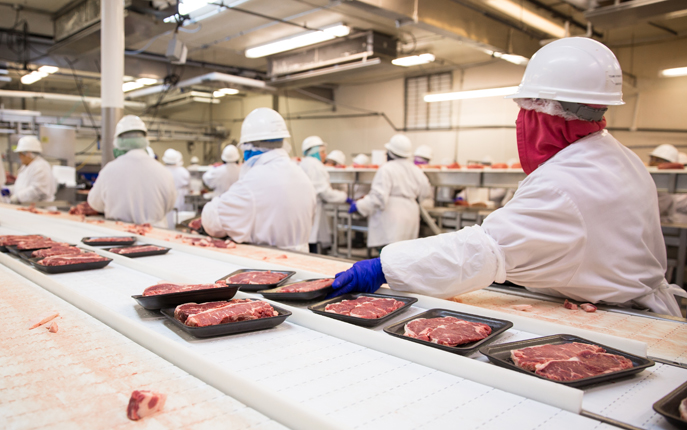 Large meat producers could face a hefty bill in the face of a more stringent carbon tax. (Credit: El Nariz/Shutterstock)

Alongside this awareness is a recognition that few companies are prepared for such a scenario. Nearly eight in 10 (77%) of the 300 chief executives and chief financial officers of major corporations recently surveyed by market research firm ENGINE Insights admit that they are “not fully prepared” for the adverse financial impact of a changing climate. More worrying still, 20% felt they had little ability to manage such impacts, while 64% judge their companies only to be “somewhat” able to control the climate risks they face.

Notwithstanding these general trends, last month saw several bold steps by individual companies to get themselves “climate-ready”. First up was Unilever. As part of its new, 10-year Compass sustainability strategy (which includes a net-zero carbon pledge by 2039), the Anglo-Dutch consumer goods giant announced plans for a €1bn Climate and Nature investment fund. The fund will be used to invest in projects including reforestation, water preservation and carbon sequestration between now and 2030.

Second out of the traps was Amazon, with a dedicated venture investment programme worth $2bn. The investment, which coincides with the US tech giant’s 2040 net-zero pledge, will be used to back “visionary companies” whose products and services are destined to accelerate global decarbonisation efforts.

In another money-where-your-mouth-is moment, BNP Paribas has just announced that it will disinvest from power companies that lack a clear policy for exiting from the use of coal before 2030. The French bank is also one of 21 organisations, including campaign groups Oxfam and WWF, behind the new UK-based Make My Money Matter campaign, which is calling on the UK pensions industry to commit to net-zero carbon emissions by 2050.

UK pension providers control around £2.24tn ($2.8tn) in assets under management. If pension firms can be persuaded to do so, they will be following the example of two-dozen UK leading retailers – including Greggs, Boots, WH Smith and Next – that collectively pledged at the beginning of July to a net-zero pathway. Full details of the commitment, which was brokered by the British Retail Consortium, will be released ahead of next year’s UN climate summit in Glasgow.