International buyers of metals and minerals, such as computer chip makers, are taking steps to ensure their industry is not funding warring factions in the Democratic Republic of Congo

Gary Niekerk, Intel’s director of corporate responsibility, admits that the computer chip-maker was shocked into action on conflict minerals about five years ago when NGOs questioned whether it was sourcing raw materials from war-torn Democratic Republic of Congo (DRC).

“We asked our suppliers, do you know where you’re procuring this stuff from? We didn’t get much response – very little information came back. Then we were at a top-level meeting and our chief operating officer at the time, Brian Krzanich, who is now our CEO, said: I want this stuff out of our supply chain. Make it happen.”

Easier said than done, when Intel has about 16,000 suppliers worldwide. It was decided the simplest way to go about it was to visit the smelters – Intel staff have since been to 86 of them in 21 countries, travelling more than 250,000 miles. “We were the first electronics company to visit a smelter. The thinking was that if we could get a smelter verified as conflict free, then we could get all our suppliers to use just those smelters.” 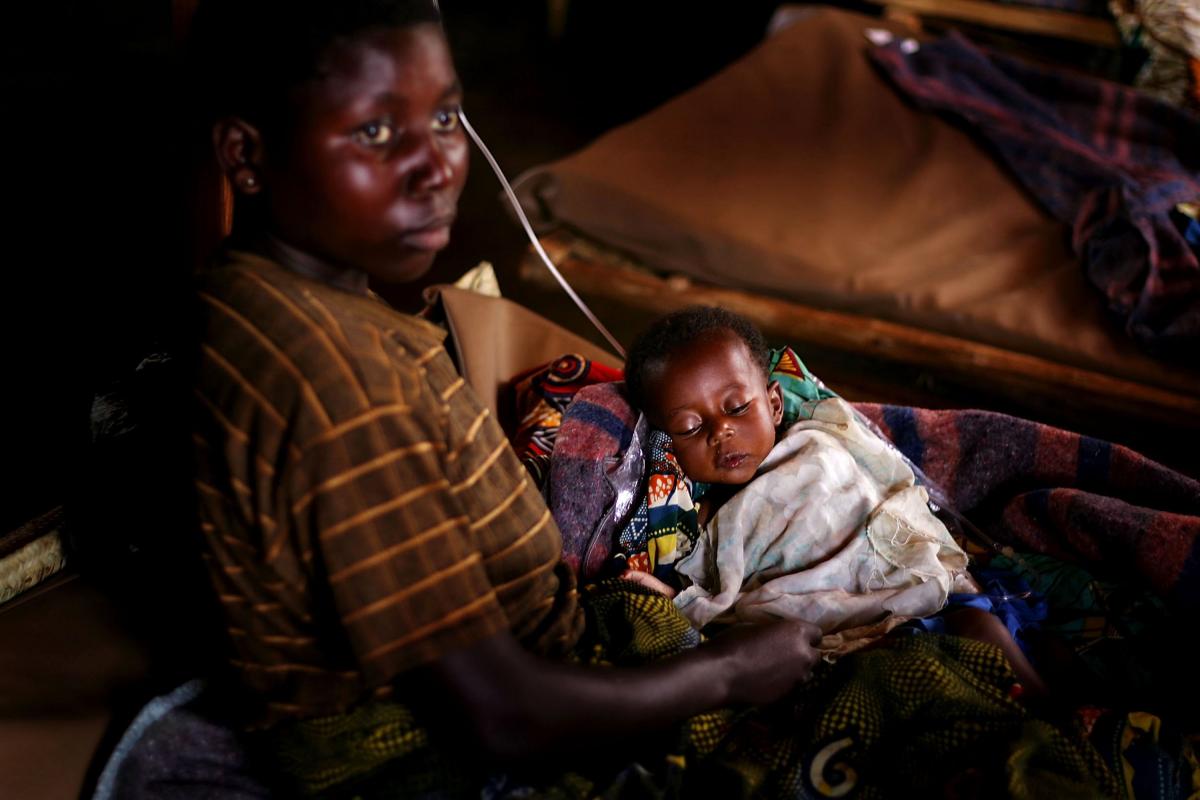 Today Intel, and the wider US industry, has made considerable progress, with recent legislation starting to underpin corporate efforts. The rationale is that trade in the minerals is a lucrative source of funding for armed groups in DRC, where an estimated 5 million people have died, rape is widespread as a weapon of war and child soldiers are regularly recruited.

In the US, Congress has taken steps to try to stem the trade. As of this year, the Dodd-Frank Act requires all Securities & Exchange Commission registered companies to report annually if their products contain any gold, tin, tantalum or tungsten. The SEC estimates the ruling will affect about 6,000 companies in the US and abroad. These are not just in the electronics industry but range from automotive to aerospace, clothing (tin in zips, for instance), healthcare and jewellery.

Companies must determine if the minerals may have originated in DRC or adjoining countries. If so, they must trace the supply chain via due diligence and potentially include an independent audit. A form must conclude whether a company has determined the source to be “DRC Conflict Free,” “Not DRC Conflict Free” or, for the next two years, “DRC Conflict Undeterminable” (four years for smaller reporting companies). This last category would not require an audit.

Yet there is clearly a long way to go in cleaning up the complex supply chains of the four major conflict minerals. After the June 2014 deadline for filing the first SEC reports, Sophia Pickles, a campaigner for Global Witness, said: “While some firms have made strong submissions, most reports filed to date don't include enough information to show that companies are doing credible checks on their supply chains.”

In January 2014 Intel announced the world’s first conflict-free microprocessor, an achievement that Niekerk says started as an “internal goal” that became public. “The vast majority of our consumer products, laptops or tablets etc, are now conflict free, though we still have others that we are working on.”

Julie Schindall, director of communications and stakeholder engagement at the Electronic Industry Citizenship Coalition (EICC), based in the US, says a growing number of companies at various levels in the supply chain now see a conflict-free minerals strategy as a core part of their business growth. “Some publicise it and others don’t. The supply chain is so long and intricate that even with the biggest and most progressive companies, it is not something that happens overnight but can take several years,” she says.

“Our whole programme began in 2008 and we’ve gone from two validated conflict free smelters in 2012 to about 100, so it has picked up a lot of momentum. But there’s much more to do. One of the main challenges is that nobody knows how many smelters are out there.” The tipping point, Schindall argues, will be when the whole minerals industry works together, including smelters and refiners, and it becomes not just an ethical but a business imperative.

What proportion of the global supply of the four minerals is located in DRC mines? About 20% of the world’s tantalum, Niekerk says, “but as you go to tin, gold and tungsten they drop off to a small percentage. With gold, for instance, it’s about 2%.” This means, at least with the last three minerals, that on a basis of simple probability, they are unlikely to be sourced from DRC in the vast majority of supply to various industries.

“It’s more a question of how to set up a system to validate that because if you say there’s only a 2% chance of us being indirectly involved in the murder and rape of millions of people – well, of course people want a zero chance and to feel confident about that,” Niekerk says. The likes of Apple, Dell and Hewlett-Packard are highly active in their sourcing strategy, according to Niekerk. “I know because they ask us to verify our materials are conflict free when they buy our microprocessors to put in their products.”

Another challenge is that the metals industry is constantly changing, Schindall says. “The situation on the ground in the Great Lakes region of DRC is evolving all the time, so understanding what conflict free means is not static.”

Nor is the problem only related to DRC sourced minerals. The US Department of Commerce struggled to draw up a definitive list of all known conflict-processing facilities worldwide by January 2013, which it was required to do under the Dodd-Frank act.

The Department of Commerce identified 278 conflict mineral smelters and 82 of these were in China. Under EICC auspices, Intel and other companies ask smelters to undergo a voluntary audit that will qualify them as conflict free. To help towards cost, Intel has paid $400,000 into a fund for early adopters. Typically the audit will cost “multiple thousands”, perhaps up to $20,000, Niekerk says.

Most tungsten is used to make drilling bits for heavy-duty mining and other applications, so the EICC is urging companies in those sectors to join the campaign of gentle persuasion of smelters. In the case of China, for instance, a major tungsten producer, Niekerk is not surprised that this is sometimes a challenge. 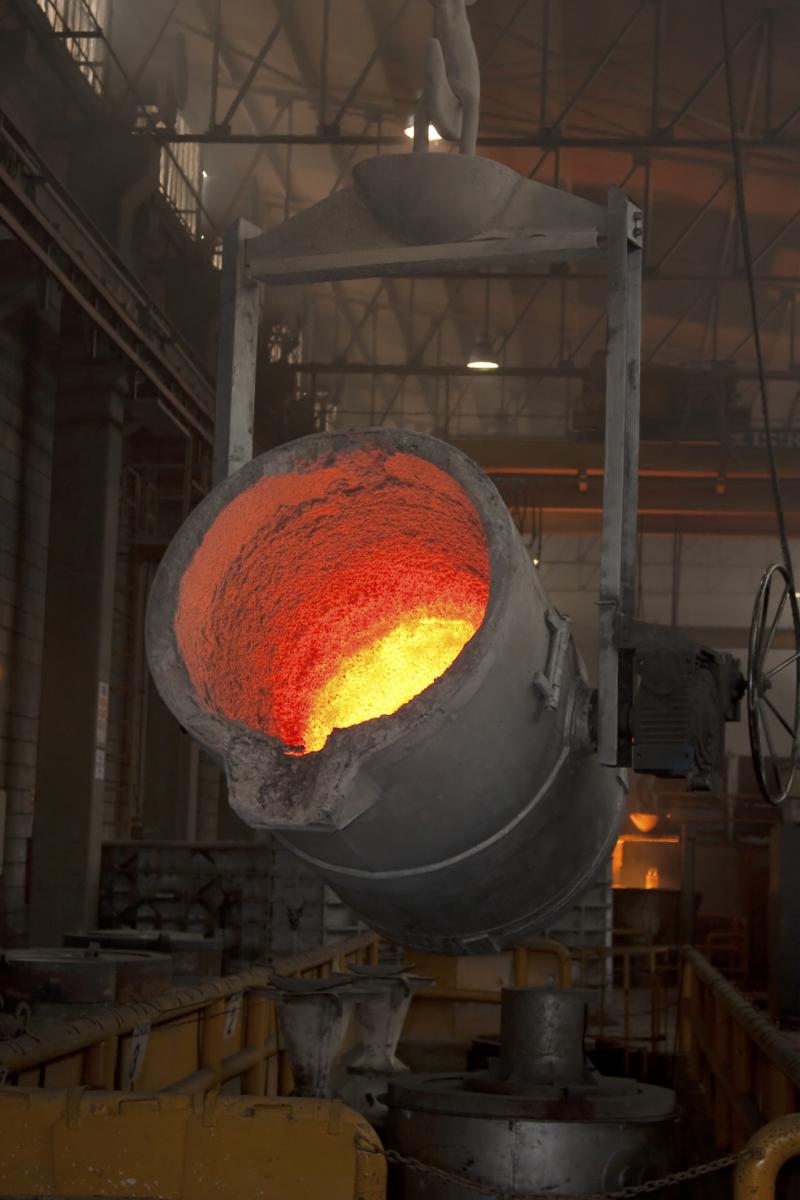 “Imagine us saying, we want to look through your books, your shipment manifest, your inventories. Nobody likes an audit, and what happens if you fail? But we respect confidentiality and only publicise the ones that pass. Still, if the tables were turned and it was Chinese companies coming to US smelters, we’d probably see similar reluctance.”

Ultimately, an audit is only a “snapshot in time” that will need frequent revisiting, Niekerk argues. On the plus side, the Dodd-Frank Act and impending EU legislation will strengthen the case for more transparency on this issue around the world.

The European Commission has proposed a draft regulation setting up a system of self-certification for importers of tin, tantalum, tungsten and gold that choose to import responsibly into the EU, which is one of the world’s biggest markets for the minerals. Importers would have to exercise due diligence in line with OECD guidance, and the EU aims to publish an annual list of “responsible smelters and refiners”.

“Over 120 companies have worked together to identify and validate, via a rigorous audit, conflict-free smelters and refiners of tantalum, tin, tungsten and gold,” says Michael Rohwer, CFSI programme director. “This information is vital to support companies to make responsible choices about conflict minerals sourcing.”

Founded in 2008 by members of the Electronic Industry Citizenship Coalition and the Global e-Sustainability Initiative, the Conflict-Free Sourcing Initiative now links 150 companies from seven different industries, contributing to a range of tools and resources including the Conflict-Free Smelter Program, the Conflict Minerals Reporting Template, Reasonable Country of Origin Inquiry data and a range of guidance documents on conflict minerals sourcing.

Get answers to the latest issues and initiatives affecting your supply chain. Back for the 9th year, The Responsible Supply Chain Summit is the world's leading meeting place for senior executives looking to put sustainability at the heart of their supply chains