A group of investors, an NGO, a think-tank and an investor research agency, have joined forces to launch the first free and public wide-scale project to rank companies on their human rights performance.

The Corporate Human Rights Benchmark (CHRB) will build on a competitive approach to drive better human rights performance among corporations. The initiative will initially evaluate and rank 500 of the largest global companies from the agriculture, ICT, apparel and extractives industries. The four sectors were selected based on the severity of human rights impacts prevalent in the sector, the extent of previous work on human rights in the sector and global economic influence by size, among other criteria.

While still in its initial stages, the CHRB has already received support in the form of financial pledges. The UK’s Department for Business, Innovation and Skills is pledging government support for the benchmark, including providing £80,000 start-up funding. The CHRB’s first free and public ranking is currently timetabled for 2016 after a pilot in 2015.

Prior to getting together in order to bring the CHRB to life, the parties involved had pursued human rights related work independently. “All of us have a long history of interest in, support for and conducting research into these issues. And then at EIRIS 30th anniversary event in 2013 we all came together and the ideas we had each had coalesced into what has now become the CHRB,” explains Stephen Hine, head of responsible investment development at EIRIS.

While other corporate human rights rankings exist, such as Maplecroft’s customisable Human Rights Due Diligence Dashboard, Ethical Consumer’s company ratings, or Human Rights Campaign’s buyer guide to companies, Hine explains that which will set the CHRB apart. “It will cover hundreds companies which is more than other initiatives and rankings, and on a broader set of human rights, if at a higher level, with a particular emphasis on the General Principles such as due diligence, access to remedy, and tracking, the result of which will be measuring human rights impacts. Plus there will be sector specific indicators.”

Increased awareness, boosted by NGO pressure, new regulation, and ease of communication, has allowed greater scrutiny into corporations’ records on human rights. Companies are also increasingly yielding to pressure from human rights and consumer groups over their accountability, while others are internalising the benefits of a clear human rights track record as part of their corporate responsibility. 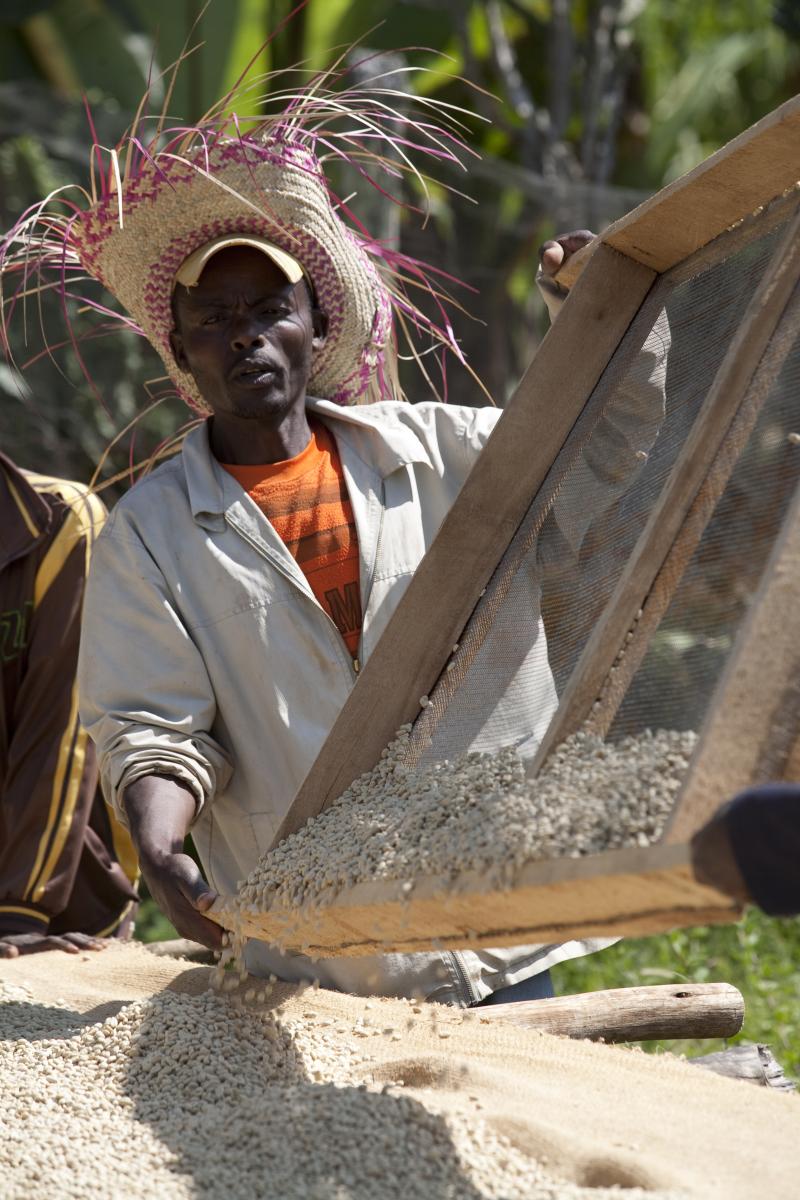 “We recognise our responsibility to respect human rights and strive to comply with laws, regulations and standards wherever we operate,” says Lydia Méziani, senior corporate spokesperson at Nestlé. “Consequently in 2013, Nestlé became the first major multinational company to report publicly on its human rights impacts across seven countries and what it is doing to address them.” Méziani adds that the company is working to raise awareness among employees; “since 2010, we have trained more than 50,000 employees on human rights.”

“The CHRB is at the beginning of a process which we hope will be as inclusive and transparent as possible,” says Méziani. Details around the criteria, which will be used by the CHRB to assess companies on their human rights performance are still being developed. As to the impact the benchmark might have, the team behind the project is confident that by making information on companies’ human rights performance publicly available it will provide an opportunity for investors, civil society and other stakeholders to engage with companies on human rights issues.

“Investors will be able to allocate capital to those companies that are doing best and engage with laggards. Policy makers will have an objective means by which to focus on those companies and sectors that have greatest human rights impacts, and especially those which are under-performing, thereby highlighting where regulation or incentives might be needed,” says Hine.

‘Leicester 'sweatshops' show the urgent nee...
Mining firms ‘failing to get to grips with worsening ...
'Companies that pay attention to people in their s...
Building back better: Ethical Corporation examines what...
comments powered by Disqus

Comment: The impact of the extractives sector on forest loss has been largely overlooked, says CDP's Morgan Gillespy. With the New York Declaration on Forests' goal of halving deforestation by 2020 in tatters, there's an urgent need to press laggards for action

Angeli Mehta reports on how L’Oréal, Microsoft and BASF are cutting water use in their own operations – and beyond

The COP26 host is challenging other countries to match its ambition after setting challenging new 2030 targets for cutting emissions this week. Angeli Mehta asks leading experts whether they think Boris Johnson has the policies in place to deliver

Comment: David Grayson of the Cranfield School of Management draws some wider lessons from what was described as 'one of the worst ESG scandals in modern UK history' during the recent House of Commons debate, in which Labour MP Liz Kendall criticised investors for failing to hold Boohoo to account

The UK as @COP26 host is challenging other countries to match its #climateambition after setting new 2030 targets.… https://t.co/FYSbg5cuqe

RT @tslavinm: I always enjoy speaking with @topnigel. See my latest interview with him with his insights on the #UNFCC… https://t.co/FP0ljaURjg

Even if Democrats fail to secure the Senate, there is growing optimism the Biden administration’s commitment to… https://t.co/FpHbzwEoGR

Scorched earth strategies: How Cargill, Unilever and Diageo are cutting their water footprints

Connecting the drops in the battle against climate change

From 500 litres of water a day to 50: P&G heads up partnership to stave off next Day Zero

The Gulf companies innovating to reduce their dependence on desalination