‘The spirit of Anita Roddick is strong with us’: why Natura bought The Body Shop

When Natura, Brazil’s biggest cosmetics company, heard in February this year that L’Oréal was looking to sell its ethical beauty brand The Body Shop, there was a sharp intake of breath around the boardroom table.

Over the 10 years that L’Oréal had held the brand, bought from its campaigning founders Anita and Gordon Roddick in 2006 for £1bn, Natura had had “light talks” with the cosmetics giant, expressing interest in one day taking The Body Shop off its hands.

After all, Natura, the first publicly traded company to become a B Corporation in 2014, has built its business on deriving natural products from the Amazon, and using community trade to incentivise communities to protect the forest, mirroring The Body Shop’s own environmental and social activism.

As the Brazilian company’s co-founders, Guilherme Leal and Antonio Luiz Seabra, told Ethical Corporation on a visit to London last month, the two companies are not only contemporaries – Natura is 47; The Body Shop 41 – they also “share the same DNA”. And they both remember being hugely impressed by Anita Roddick, the human rights activist and environmental campaigner who founded The Body Shop in 1976, when they met her 13 years ago.

But it is one thing admiring The Body Shop from afar over several decades. It is quite another taking on a company with a big price tag, falling sales (a 5% decline in 2016 alone), a much bigger employee base (10,000 compared to 7,000 for Natura), and 3,200 stores across 63 countries. The latter was the most daunting prospect, since until 2016 Natura had no retail presence. Seabra created the company as Brazil’s answer to Avon in 1969, selling its products door to door in Latin America  through what are now 1.8 million sales representatives.

“On the first evaluation we were a little sceptical,” said Leal. “Would we be able to manage a network of 3,000 stores?” But after a lot of due diligence, the board decided that it was a “once in a lifetime opportunity” to do what Natura had set out to do five years ago: become a global, multi-channel brand. “We felt Anita’s [spirit] again, and we are still feeling her,” Seabra added. He described the takeover process as “complex”, but added: “the love for [The Body Shop] is stronger.” 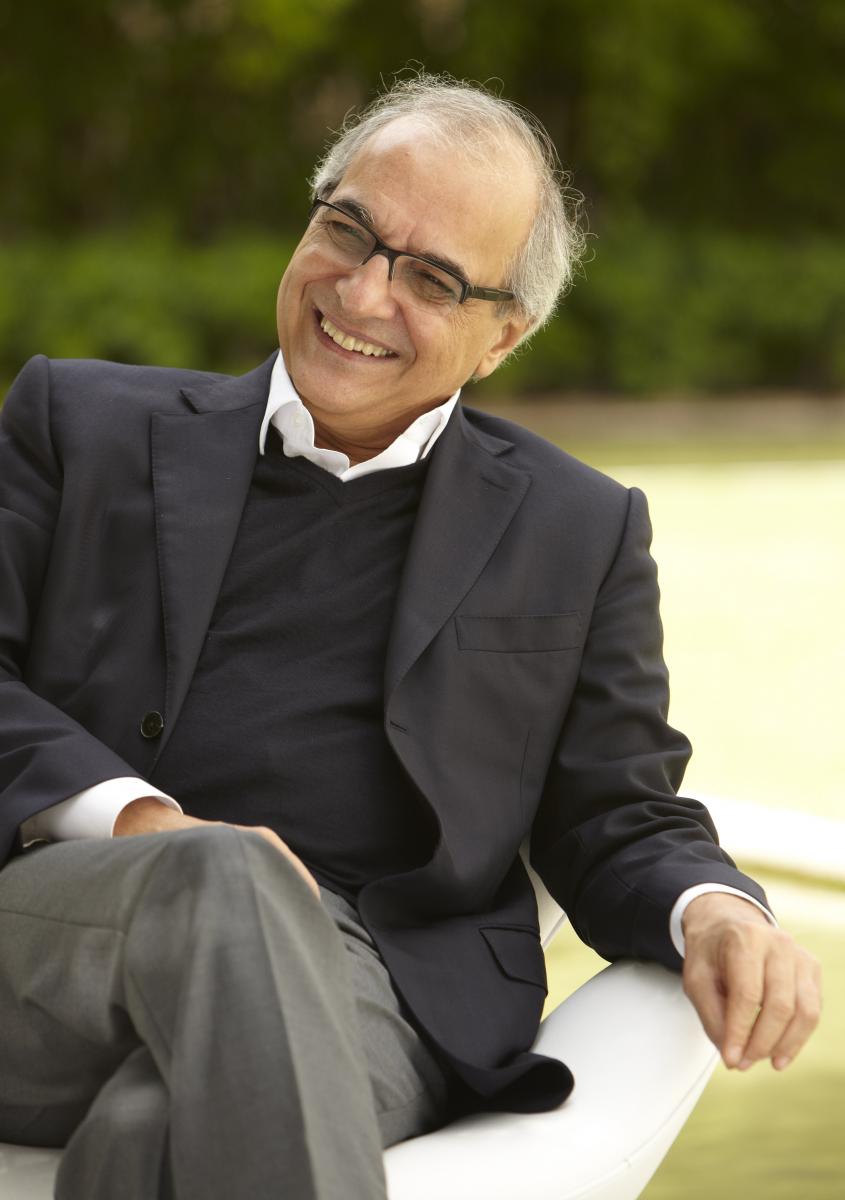 Natura wants to use the synergies to transform the fortunes of both businesses, and that of Aesop, the small Australian ethical beauty company it acquired in 2013. In the press release after the purchase, Natura said it intended to double The Body Shop’s 2016 earnings before interest, taxes, depreciation and amortisation of $82m by 2022, and increase its EBITDA margins from 8.4% to 12%-14%.

Leal believes the key to this will be helping The Body Shop reconnect “with its own soul” – the activism it was known for under Roddick – and with its customers, who have long seen the ethical cosmetics brand not as an ordinary company but a brand whose values they share. This connection to its core customers was lost to some extent during the 10 years The Body Shop was part of L’Oréal’s massive family of brands, Leal said. 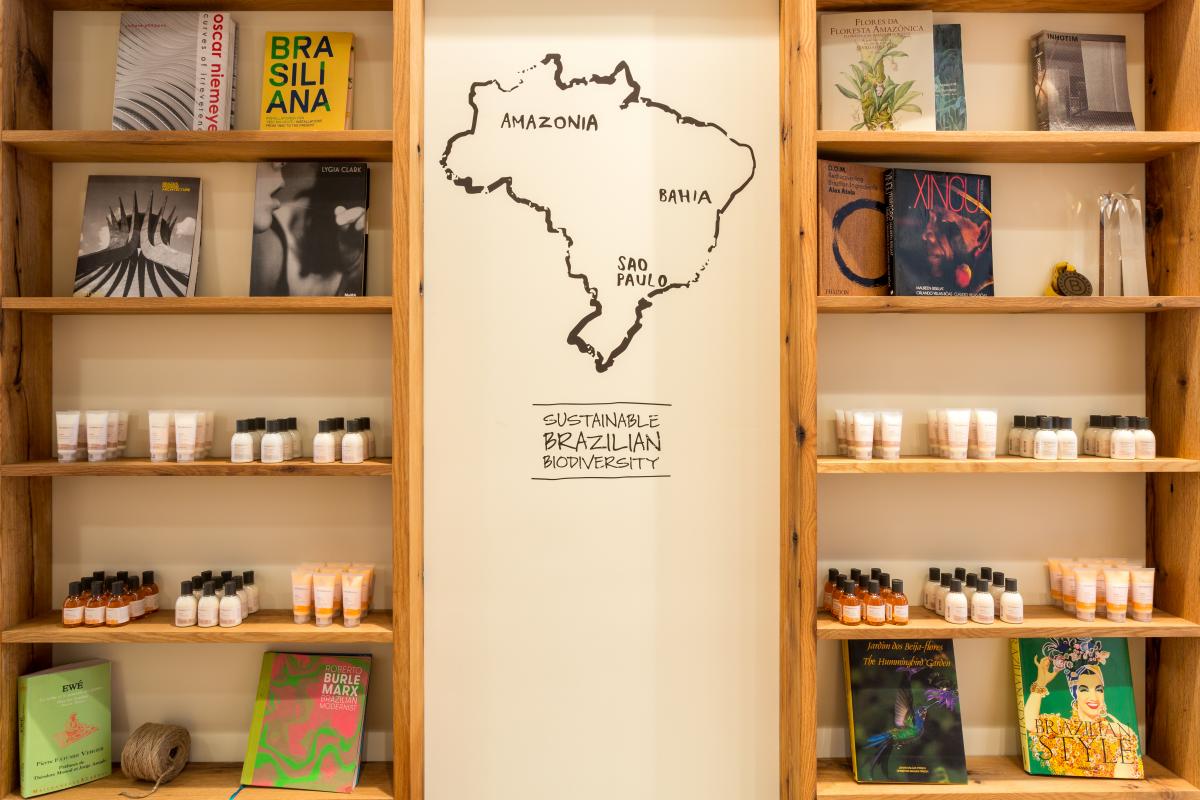 “We are convinced that the people from The Body Shop have the power to do this reinvigoration,” Leal said. “We came here [London] not to teach, but to learn together.”

Leal, a former Green party politician who stood for vice president of Brazil in 2010, moves in influential circles, rubbing shoulders with the likes of Unilever’s Paul Polman, Kering’s François Henri Pinault and Arianna Huffington on Richard Branson’s B team, the elite group of global sustainable business and political leaders. He sees The Body Shop purchase as a way to magnify Natura's social and environmental impact and help it fulfil it remit as a B Corp. “We see how we can get synergies not only in the businesses, but in provoking change in our communities,” he says.

In particular, Natura is hoping The Body Shop acquisition will help bolster its campaign to protect the Amazon rainforest, which saw an alarming 29% increase in deforestation last year after years of improvement. He points out that the 1.8 million independent sellers are educated to spread the company’s values as enthusiastically as its products to millions of customers. “The power of adding The Body Shop’s 3,000 stores in 66 countries to the 1.8 million independent sales representatives Natura has in Latin America – that’s a lot of people to bring together and say: this is what we want from our governments, and how we want our future to be designed,” Leal said. “We believe The Body Shop and Natura, together with the contemporary positioning of Aesop, will be a powerful force to provoke change for the better.” 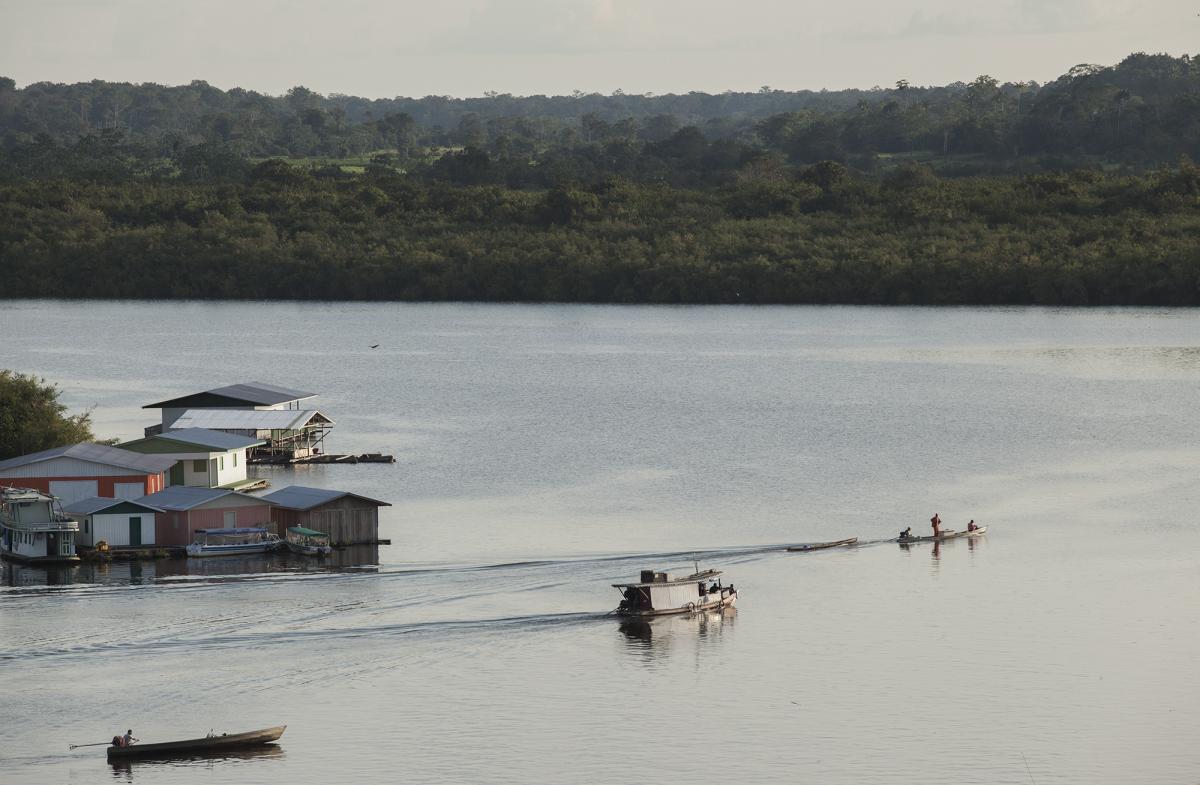 Natura is working with 33 communities to source ingredients

The growing beef supply chain has been blamed for much of the deforestation in the Amazon. But concerns rose in August with news that Brazilian president Michel Temer had abolished an Amazonian reserve the size of Denmark in order to attract foreign investment. One opposition senator described the move as the “biggest attack on the Amazon of the last 50 years”.

“We are really concerned about the consequences of the increase in deforestation on the whole Atlantic forest and the people who live there,” Leal says.

Over the decades, he said, Natura has sought to demonstrate the commercial value of the non-timber bounty of the forests,  working with 33 communities, three-quarters of them in the Amazon, to source the seeds and fruits that form the basis for its oils, soaps and lotions. “We’ve brought to the public agenda that we can create wealth [in Brazil], but at the same time conserve the natural assets that Brazil has.”

One example is the ucuuba tree, which is nearing extinction because of its popularity for timber products. Natura's scientists discovered that red seeds scattered by the tree on the forest floor, traditionally used by communities for medicinal teas and skin preparations, contain a light and hydrating oil suitable for its lotions and soaps.  For the 600 families who supply Natura with ucuuba fruit the tree is three times more valuable standing than if they chopped it down to sell as wood.  They are instructed to harvest only 50% of the fruit so the remainder can germinate the forest. 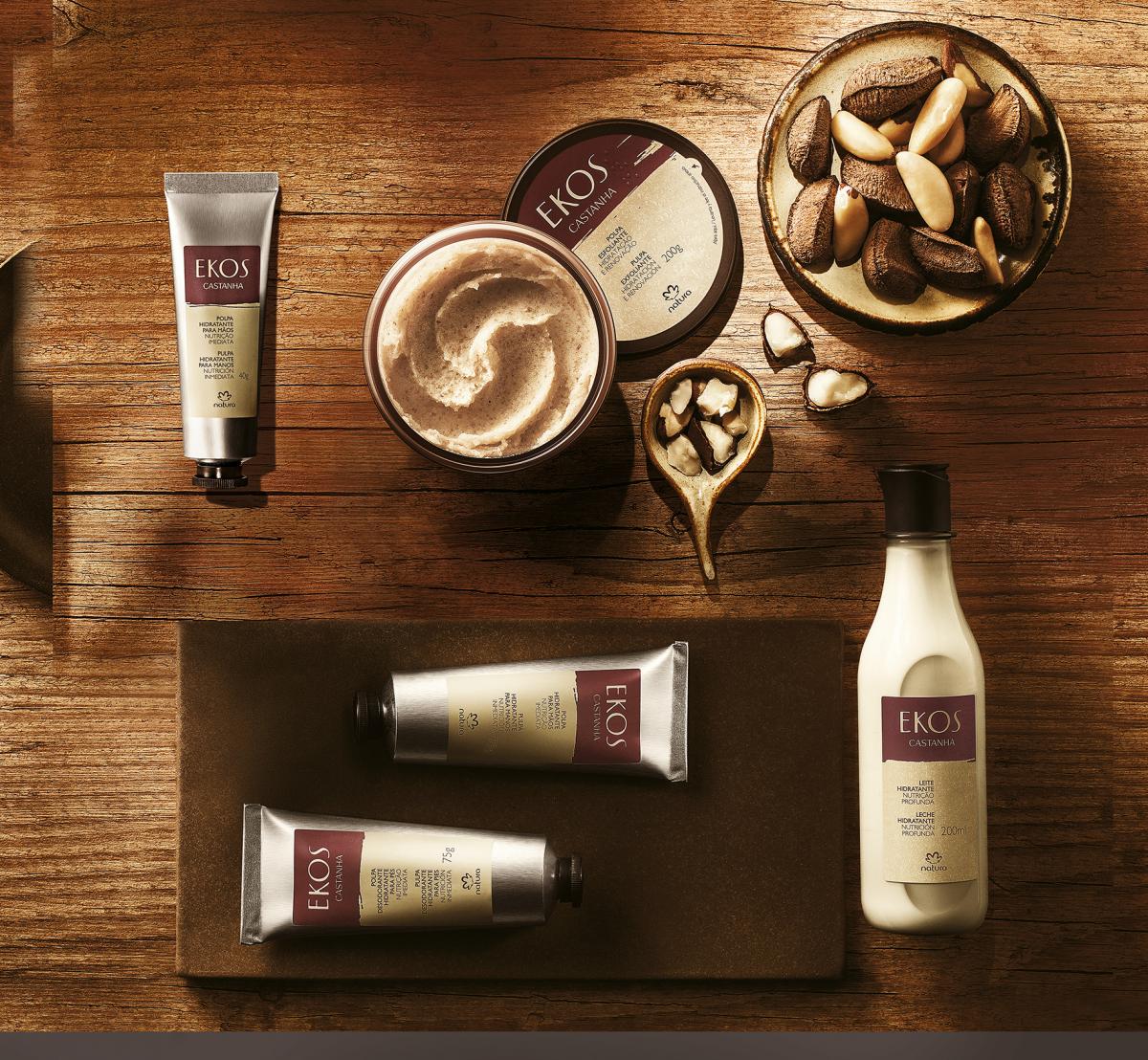 Packaging for Natura's Ekos brand is made from 50% recycled PET

Under Brazil’s Biodiversity Regulatory Framework, which Natura helped to develop, not only are families paid for the ingredients they supply, they are paid for the use of their traditional knowledge, and receive investment in infrastructure and training.  Natura says it is a mark of how well they are now organised that some have entered into partnerships with other companies to supply natural ingredients.

According to its 2016 annual report, Natura is generating an income for 2,119 families in the Amazon, who are helping to conserve 256,798 hectares of standing forest. It has a target to increase this to 10,000 families by 2020, and increase its use of products derived from the Amazon to 30% from 20%.

Beyond boosting The Body Shop’s own community trade programme, being part of Natura will mean it will have to learn the rigours of environmental profit and loss accounting, something the Brazilian company began last year, claiming to be the world’s first company to conduct a study of this kind for its entire portfolio.

It could also mean a return to the days when The Body Shop offered consumers the option to refill their bottles, a practice it dropped in 2002. Encouraging customers to refill bottles, including fragrance bottles, has been a big part of the work Natura has been doing over the past decade to cut the environmental impact of its packaging. 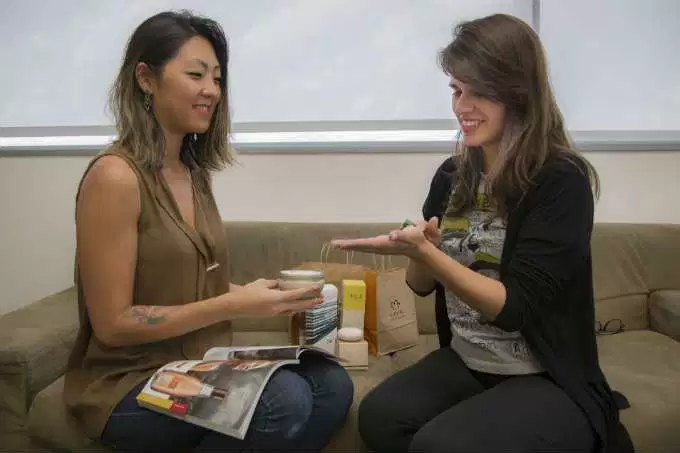 Christopher Davis, head of CSR at The Body Shop, said when The Body Shop was developing its Enrich Not Exploit sustainability strategy in 2015, Natura emerged from its research as the competitor to beat. “It came top, in everything we wanted to do. And our future goal of true sustainability echoes very closely Natura’s ambitions for 2050.”

He said the two companies have learnt from each other over the decades, despite the fact they are separated by the Atlantic. “It is an honour for The Body Shop to now be part of this company that is committed to triple bottom line accounting at scale. I think that is amazing.“