A sea change in the way we farm fish

With wild fish stocks depleted and concerns over farmed salmon, Angeli Mehta reports on the firms that are taking fish production onto dry land as well as into the ocean

Unsustainable farming practices are not the only reason for the looming food crisis.

The bulk of the world’s fishing stocks are depleted to greater or lesser extents. Fish farming was meant to take the pressure off wild stocks but is itself growing unsustainably and causes environmental damage. It also uses wild fish for feed.

Waste from fish can provide fertiliser for agriculture, or it could be used to produce renewable energy, making it a fully circular enterprise

German firm Evonik and Netherlands-based DSM have just begun building a $200m plant in Nebraska that will make omega-3 fatty acid products from marine algae for the salmon farming industry. Usually omega-3 fatty acids, which are important for human diets, are obtained from fish oils, but fish oils are in limited supply. Evonik estimates that 1kg of its innovative algal oil can replace 60kg of wild fish.

In Scotland, the salmon-farming industry aims to double its production by 2030, but a parliamentary inquiry now under way is examining environmental impacts.

These include the medicines and chemicals used to treat infestations of sea lice, which kill large numbers of farmed salmon. The lice have become resistant to the chemicals used to destroy them, and in turn those chemicals – including organophosphates – persist in the environment. 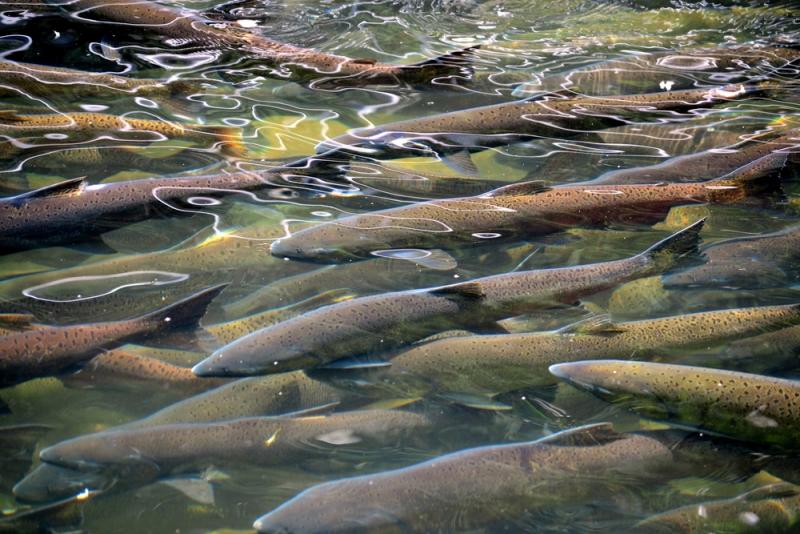 There’s concern, too, that a collapse in stocks of wild salmon and trout in rivers and lochs near salmon farms is due to sea lice transferring to those wild populations as they make their annual journeys to the sea. Excess food and fish waste accumulates on the seabed below the tanks and in lochs, causing algal blooms; while tank antifouling treatments are leaching out with no understanding of long-term effects, or how widespread they are, according to the Scottish Association for Marine Science (SAMS), a marine environment research organisation. A lot of farmed salmon manage to escape and some breed with the wild population: evidence from Norway suggests this genetic intermingling is having an impact on the size and maturation age of their offspring.

Might it be time for the industry to learn from urban farmers and bring production onshore, where the environment can be precisely controlled? Gordon Boyle, chairman of land-based fish farmer Niri Scotland is certain it can. His firm has recently finished proving its test farm ¬– a recirculating aquaculture system (RAS) – at Machrihanish on the west coast. Another firm, which like Niri is Norwegian owned, is building an onshore hatchery that is expected to be producing young fish next year.

Both transportation costs and emissions would be slashed by bringing the farm closer to where its product will be eaten.

Boyle says the salmon are much leaner and healthier than today’s farmed salmon, because they’re forced to swim in the ongoing current. The fish don’t swim in polluted water because waste and uneaten food are drawn to the centre of the tank, where they’re continuously removed and the water is cleaned and recycled. The waste can provide fertiliser for agriculture, or it could be used to produce renewable energy, making it a fully circular enterprise.

There is a big question over energy requirements, which add to emissions unless they can be met from renewables. The experience of recirculating aquaculture systems in Canada suggests energy costs can be 10 times that of pen-rearing, according to research by SAMS. However, Boyle points out that both transportation costs and emissions would be slashed by bringing the farm closer to where its product will be eaten. 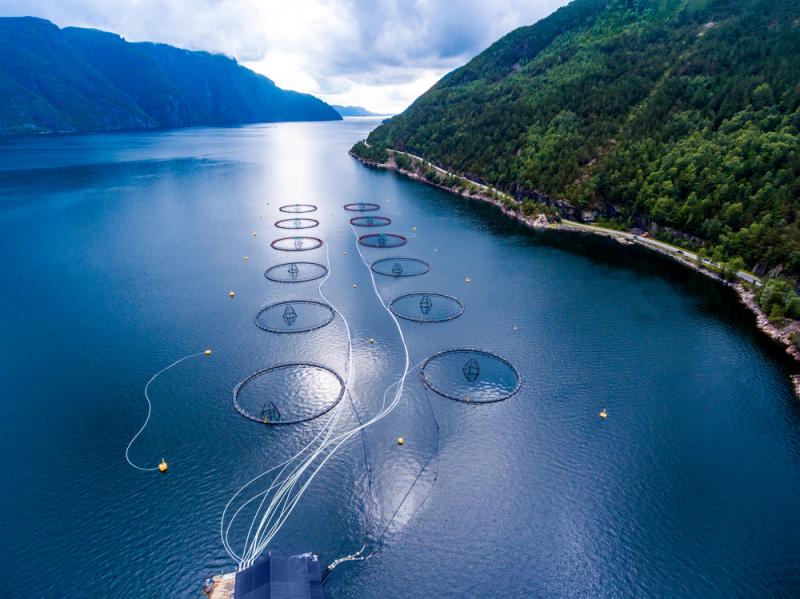 An onshore fish farm could also be linked to an indoor crop farm, an approach that’s been taken up on a small scale by London-based GrowUp Urban Farms. In its system, nutrient-rich water from tanks housing tilapia, a species of freshwater fish, is pumped to the roots of its hydroponically grown plants and the cleaned water returned to the fish tanks.

Another option is to head for open water. Norwegian producer SalMar has begun the pilot phase of its world-first “ocean farm”, which is now stocked with fish. It’s aiming to reduce the industry’s environmental footprint and improve fish welfare to make farming sustainable.

This is part of the in-depth briefing Future of Farming. See also

From vertical farms to new proteins: innovating to feed the planet

Can agri-tech sow a green revolution for India’s poorest farmers?

Beef and dairy farms pushed to innovate to tackle metha...
'With cows the new coal, methane emissions from ag...
ESG investors slow to make waves in the $2.5tn ocean ec...
Can sustainable aquaculture feed the world?
comments powered by Disqus