Ethical Corporation’s editor speaks to Malcolm Preston, global sustainability leader at PwC, about why companies have to engage seriously with the SDGs

When it comes to the Sustainable Development Goals the common complaint is that the 17 goals, with their 169 targets, are too complex for companies to deal with.

“I get quite cross about this,” Preston told Ethical Corporation at last month’s Responsible Business Summit, where he was a keynote speaker. He leads a team of 800 sustainability professionals and has been working on the question of what the SDGs mean for business for the past 18 months.

“I work with some of the biggest corporates in the world and I can tell you they are used to dealing with huge complexity in their operations. You look at an Oracle or an SAP system – I worked with one client who took five years to implement their SAP.”

He added: “But secondly, there are 17 goals. If you go through the subdivisions of a corporates organisation, through their geographies, they will have way more than 17 goals. So, don’t tell me they can’t deal with complexity.”

Asked whether he thought the SDGs were on the corporate radar, he said the situation was very polarised, with “somewhere between the tens and hundreds” of UK companies working on them, a level of engagement that is reflected elsewhere in northern Europe.

In the US, he said, it is even less. He said the difference between the eight millennium development goals, which pledged to halve extreme poverty by 2015, and the SDGs, which go to 2030, is that the SDGs are as relevant for the developed world as for developing countries. “This is not just about the developing world any more,” he said. “Did you know that in the US the poverty gap is getting wider? One in seven people struggle with hunger, and food banks in the US are more active than they have ever been.”

The first step to engagement with the SDGs is to choose the goals that are most relevant to the countries and sectors a business is operating in. Preston said the SDGs are country-specific: every country has different priorities for achieving the SDGs. “Therefore a corporate strategy has to be at that level. There’s no point setting goals at a global level when the engagement is at the country level.”

He said PwC has developed a data bank with 285 data points, coming from organisations such as the World Bank, World Health Organisation, International Labour Organisation and the UN Environment Programme, assessing how each of more than 200 countries is doing on each of the 17 goals and 169 targets. “We can tell a corporate which goal, in each country, is more relevant to them. This starts to debunk that complexity.”

Asked what the risks are for companies that do not engage with the SDGs, Preston said the SDGs have given governments a new framework for policy beyond increasing GDP. “As the governments of the world attempt to implement the SDGs, they will most certainly use levers such as subsidies, fines, regulations, taxes. If you don’t understand whether you are helping a country achieve its goals or hindering that country, you have no idea what that regulatory horizon will look like.” He added: “If you are seen by the government as a company that is trying to help it reach its goals, it creates a licence to operate.”

Companies need a licence to operate

In his speech to the Responsible Business Summit, Preston said aligning business strategy with the SDGs was not just about reducing risk, but also about achieving competitive advantage. He cited Morgan Stanley’s report last year on sustainability in the US apparel sector, which assessed that only three companies had truly embedded sustainability into their supply chains. For Nike, being named   number one on Morgan Stanley’s Sole Sustainability Index of clothing and footwear brands had tangible financial benefits. It allowed Nike to reduce its target cost of equity, something used to determine the required rate of return on investments, resulting in itsmarket capitalisation increasing by several billion dollars. “That’s something that every chief executive should be waking up and thinking about,” Preston said.

Asked what PwC is doing itself on the SDGs, Preston said: “Our biggest impact is on how we help corporates. That is why we are offering a lot of the tools we are developing to corporates at cost, so they can start to understand the agenda for themselves.” 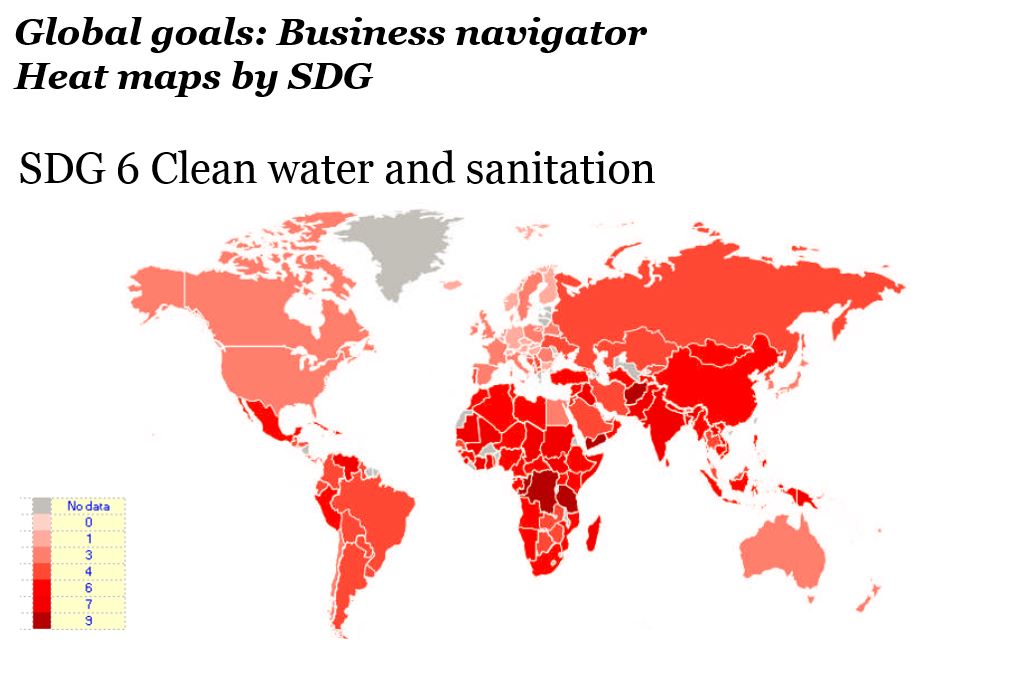 PWC is offering its SDG tools for business at cost

It is too early to know which companies are leading the way on SDGs, he said. He wants to see more sustainability leaders talking about how the SDGs impact their core operations “as opposed to talking about case studies of initiatives that are by definition positive to the SDGs”. He added: “There are a few companies who are starting to publish some stuff which is talking about core operations, but most companies are still telling what I call sunshine stories, the good news stories that are peripheral to their business, not core to it.”

But Preston says the SDGs have created a common language among all 193 governments of the United Nations. “Corporates should be starting to use that language to describe what they are doing. Our call to action is for every business to think about how to engage with this in a way that is meaningful and creates shared value.”

‘Get the blend right’ and we can unlock trillions i...
Brand Watch: Things go badly for Coke, as activists att...
Policy Watch:  An unfair COP that will likely fail to ...
'We have the solutions to give everyone access to ...
comments powered by Disqus