The packaging giant has adopted the GRI framework for its latest sustainability report, aligning performance to how it is addressing nine of the 17 Sustainable Development Goals. But slow progress on its goal of doubling recycling rates by 2020 has prompted it to adopt new metrics

Tetra Pak has solid sustainability credentials and ambitious targets. Three years ago it launched the industry’s first package made entirely from plant-based, renewable packaging materials. In February this year it became the first food packaging company to have its emissions targets approved by the Science-Based Targets initiative. A CDP Climate A-Lister and member of the Climate Group’s RE100, it has pledged to use 100% renewable energy across all its operations by 2030.

Founded in 1951, the Swiss-headquartered company has more than 24,000 employees and provides products to more than 175 different countries. In 2016 it sold a staggering 188 billion packages and achieved net sales of €11.4bn.

With operations at this scale, being socially responsible is essential and the company – whose sustainability motto is “Protects what’s good” – has publicly committed to running the business in an environmentally sound and sustainable way.

Tetra Pak started publishing an annual sustainability report in 2004 and, for 2017, has adopted Global Reporting Initiative G4 guidelines for the first time. “The GRI framework provides a mechanism for us to report our progress on sustainability against an industry-wide standard,” said Chris Huntley, senior vice president communications and chair of the company’s sustainability forum. He added that GRI provides a common methodology to identify the environmental, social and governance (ESG) issues that are most critical to its business, customers and society. 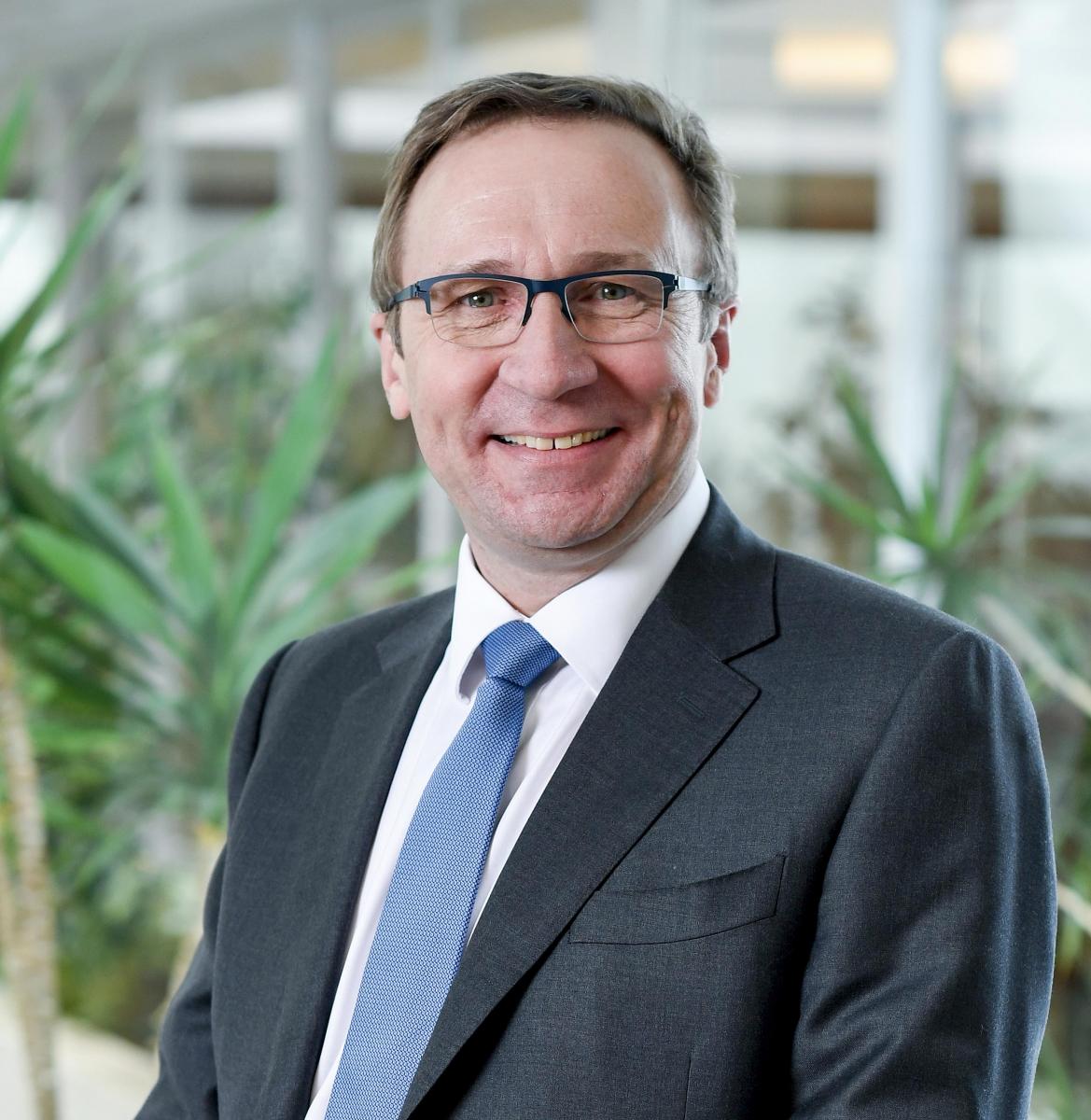 As a result of a nine-month long materiality assessment, Tetra Pak defined clear priorities under the headlines of protecting food, protecting people and protecting futures. These are directly linked to nine of the 17 UN Sustainable Development Goals, including hunger, responsible consumption and production, and climate action.

The first pillar of protecting food is linked to SDGs 2 (ending hunger) and 12 (sustainable consumption), as Tetra Pak’s packaging means it can be distributed and stored without refrigeration or preservatives. Tetra Pak has expanded its involvement in school feeding programmes (most recently in Bolivia) and now brings milk or other nutritious beverages to 67 million children in 57 countries. It offers practical support in implementing this work with partners such as the Global Child Nutrition Foundation.

The company has partnered with Cargill and German development agency GIZ to open a new hub in the Poonkari region of Sri Lanka. So far, 300 smallholder farmers have received training, with average daily milk yields increasing by more than 41% and monthly farmer income up by more than 50%.

Under the protecting people pillar, linked to SDGs 8 and 17, Tetra Pak made improvements in health and safety in 2016, achieving 98% manufacturing site compliance to global occupational health and safety standard OHSAS 18001. While there were zero workplace fatalities, the lost time accident rate increased from 2.04 in 2015 to 2.10. The company says it has implemented a detailed action plan to improve in this area. Other safety initiatives included the Safety and Me training approach, which is designed “to embed a positive safety behaviour model for factory working”. By the end of 2016, 19 factories had implemented this approach and Tetra Pak intends to roll it out across the rest of its 41 supply chain operations manufacturing sites. 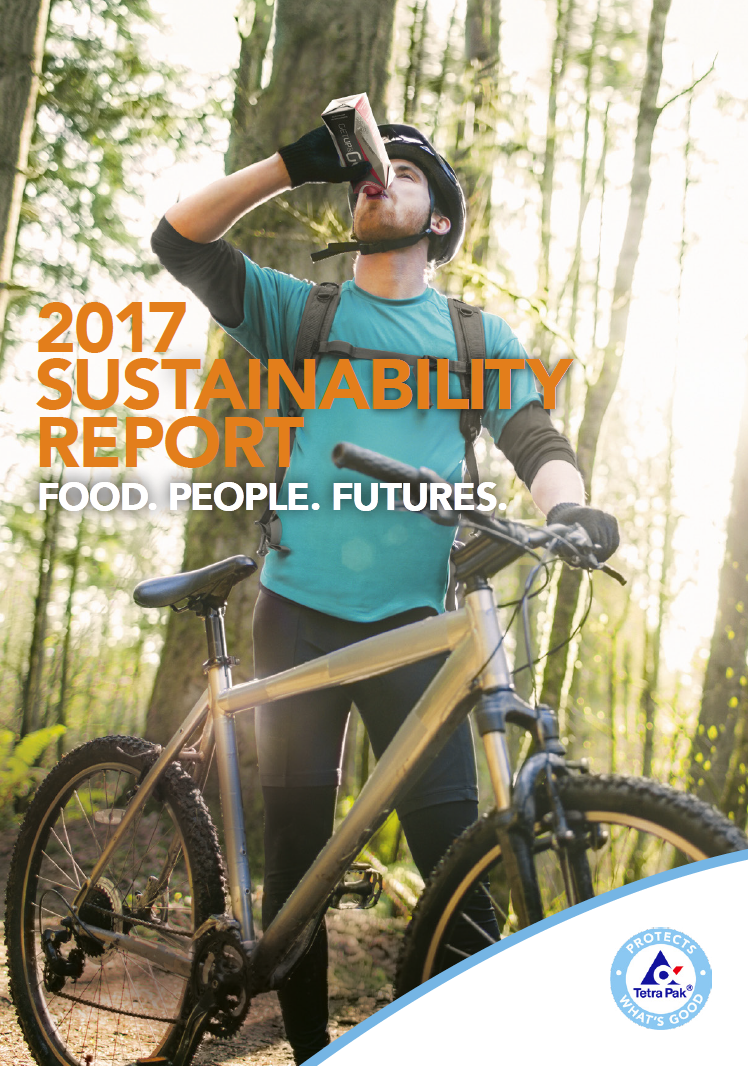 On diversity and inclusion, the company is doing less well. Only 22% of employees are female (24% of middle managers). This year it created a gender advisory panel of 15 men and women across the business to tackle cultural issues and develop an action plan.

The third pillar of the report focuses primarily on Tetra Pak’s environmental impact, with impacts on seven SDGs. The company has achieved a 16% reduction in greenhouse gas emissions since 2010, despite selling 19% more packages. In 2016, it sourced 100% of its carton paperboard from FSC-certified and other controlled sources, and unveiled a cap made of bioplastic. The controlled sources exclude five environmentally and socially unacceptable categories as defined by the FSC.  Last December the company went further and announced that it would replace fossil-fuel derived plastic with 50% bioplastic in a new range of aseptic packaging. (See Tetra Pak makes pioneering foray into bioplastics)

While FSC and Tetra Pak do not have a formal partnership at the international level, both organisations work together closely on ensuring and promoting the importance of responsible sourcing and sustainable forest management. An active member of FSC International, Tetra Pak also strongly engages with FSC at the national level, with the latest example being an awareness-raising campaign in Brazil.

“With regard to forest products used, Tetra Pak is ambitious and rigorous to reach its goals,” says Julian Nierentz, FSC programme manager. “It is committed to reaching 100% FSC-certified cartons, and all of its production facilities are certified according to the FSC chain of custody standard. Last year it reached the milestone of 200 billion cartons produced with the FSC label since 2007.” 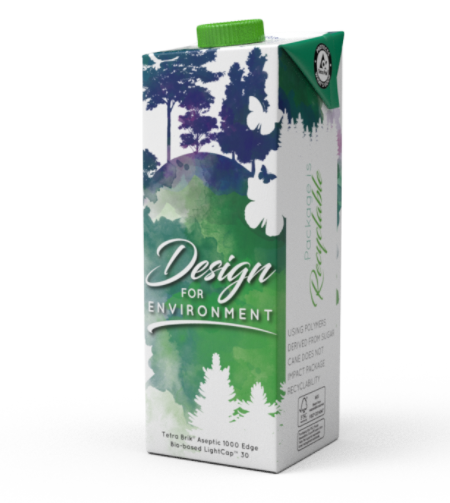 For forest products, Nierentz believes Tetra Pak is on the path of fulfilling its objectives but that collaboration may enable the company to achieve still more. “The supply of third-party verified responsible materials remains a challenge in some regions, where even a global company like Tetra Pak cannot change the market on short notice,” he explains. “New types of coalitions and collaborations across different industries may have to be installed to work on awareness-raising within supply chains and towards the broader public.”

Recycling remains one of Tetra Pak’s biggest challenges. In diverse global markets, lack of infrastructure is often an issue, as is engaging and educating different cultures on post-consumer recycling. In 2010, the company set a goal of doubling the recycling rate of cartons to 40% by 2020. Since then, it has only succeeded in increasing the percentage of packages recycled annually from 20 to 25%.

The report states that a global recycling rate will therefore no longer be its main target and for 2017, Tetra Pak has introduced a new set of metrics and targets that measure its work in different areas, including working with associations around the world to promote recycling, investing in awareness campaigns, joint promotional activities with customers, public outreach programmes, ensuring access to recycling collection and improving recycling capacity. In future, it will report against these new metrics.

Dennis Jönsson, Tetra Pak president and CEO, said it was important to keep up momentum. In 2016, the company established a sustainability forum, reporting to the leadership team’s strategy council. Says Jönsson: “We have done so to ensure that this critical dimension, along with a well-defined corporate governance framework, sit at the heart of our strategy and future growth agenda, with accountability at the highest level of our organisation.”

Can business bridge the yawning gap in finance for natu...
‘Get the blend right’ and we can unlock trillions i...
Calls grow for companies to disclose nature impacts in ...
‘We are sliding from climate crisis to climate disast...
comments powered by Disqus