Press Release: Bacardi recognized by Reputation Institute’s Global RepTrak® 100 as one of the world’s most reputable companies

These achievements are highlighted in the Bacardi Limited 2014 Corporate Responsibility (CR) Report, released online today, detailing the Company’s many CR initiatives during its 2014 fiscal year (April 1, 2013, to March 31, 2014).

The report, titled “Our Spirit is Clear,” showcases the Company’s commitment to promote responsible drinking behaviors and build a more sustainable future by protecting the natural resources used in crafting its premium products. As signatories to the 2012 global voluntary Producers’ Commitments to Reduce Harmful Drinking, Bacardi achieved first-year success in a number of action areas: marketing-agency responsibility compliance, limited television exposure to underage viewers, and programs to combat underage drinking. Supporting these commitments is the driving force behind the Bacardi CR model and overall company governance. 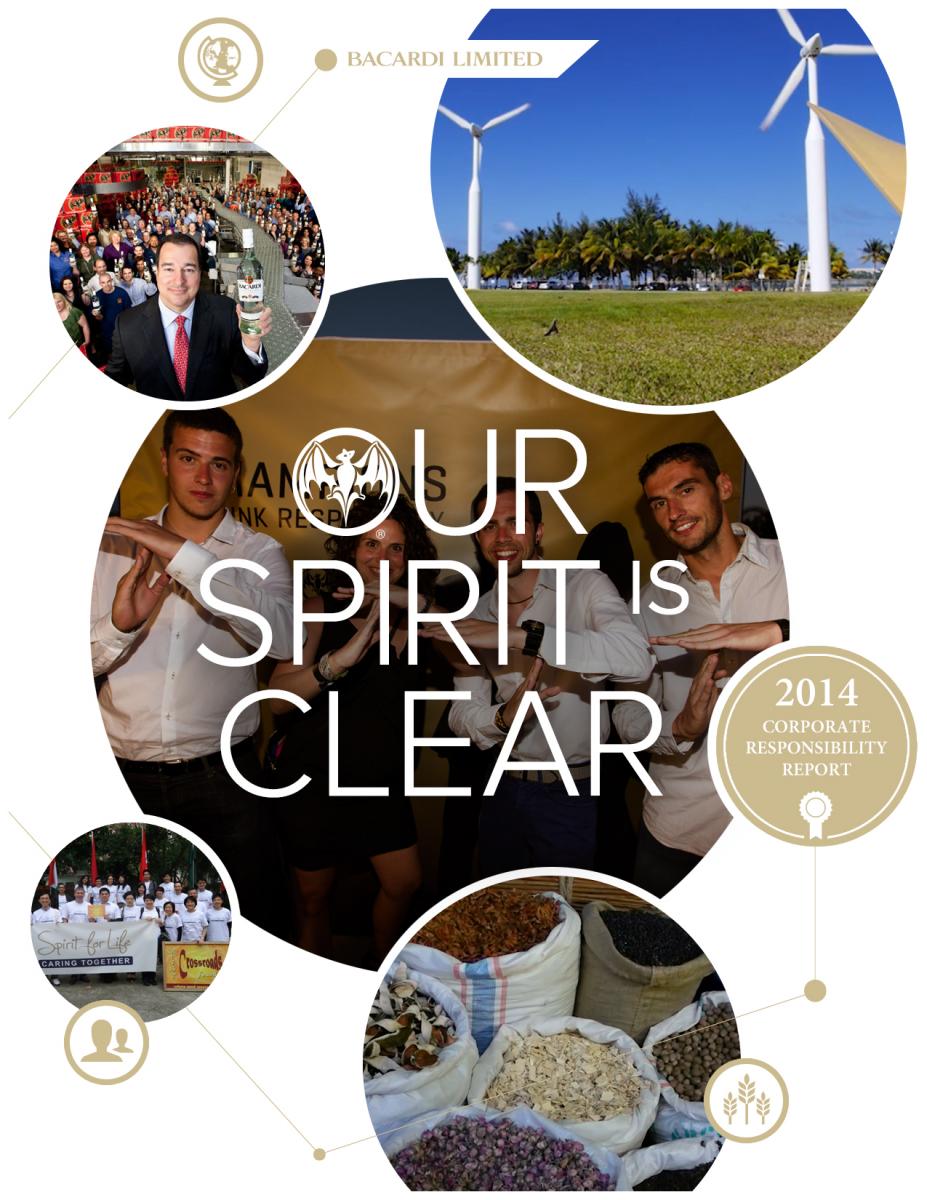 “Encouraging responsibility by underage drinkers not to drink – and discouraging inappropriate consumption of our products are key priorities for Bacardi in creating a safer and more sustainable business environment to market and sell our products. We are proud to report that 100 percent of our marketing agency contracts required adherence to our strict voluntary marketing guidelines and nearly 97 percent of all television ads placed across seven markets measured were in compliance with having a minimum 70 percent adult audience,” says Rick Wilson, senior vice president, External Affairs & Corporate Responsibility, who leads Bacardi CR initiatives globally.

Another key Bacardi CR effort in 2014 was the launch of its “Good Spirited” environmental platform with specific goals in sourcing, packaging and operations by 2022 across more than 160 markets where Bacardi sells its brands, including 75 offices and 29 manufacturing and bottling facilities. Building on current programs and efficiencies that reduce water and energy use and greenhouse gas emissions, the new Bacardi global program, “Good Spirited: Building a Sustainable Future,” reinforces the Company’s leadership in environmental sustainability and strives to return to the environment at least as much as we take away. Since Bacardi began tracking its global impact on the environment in 2006, it has already reduced energy use by more than 25 percent and water use by nearly 55 percent.

“We believe that with responsible management of both social and environmental impacts, Bacardi will be an even better and more sustainable business in the long term,” says Mike Dolan, chief executive officer of Bacardi Limited. “We lead by example, building consumer confidence and trust. Our consumers can enjoy our top-quality spirits brands knowing Bacardi cares a great deal about our environment, suppliers, employees and the communities where we work.”

“Corporate responsibility has been at the foundation of Bacardi for nearly 153 years. With our multi-faceted CR focus, it will continue to be a driving force that sets Bacardi apart from others in the spirits industry,” adds Wilson.

Founded nearly 153 years ago in Santiago de Cuba on February 4, 1862, family-owned Bacardi manufactures its brands at 29 facilities and sells in more than 160 countries. Bacardi Limited refers to the Bacardi group of companies, including Bacardi International Limited.

Can business deliver after a COP where brands moved to centre stage?

In the December issue of The Sustainable Business Review we assess some of the key outcomes of COP26, from pacts to accelerate take-up of low-carbon technologies such as green hydrogen and sustainable aviation fuels, to the fashion industry cleaning up its act, and the private-sector push to win the war against deforestation

As the Biden administration seeks to incentivise a dramatic increase in uptake of green alternatives to kerosene, corporates in the Sustainable Aviation Buyers Alliance are among those trying to allay concerns about impacts on land use and biodiversity. Terry Slavin reports

Can big brands succeed where REDD+ failed in winning the battle against deforestation?

Terry Slavin asks whether the Leaf Coalition, a private-sector driven partnership that has raised $1bn for tropical forest countries, can unlock the flood of funding needed, when Brazil and Indonesia are refusing to take part

COP26 saw an unprecedented surge in corporate climate pledges, particularly on nature and emissions in hard to abate sectors, but with rising concern about the credibility and effectiveness of private sector commitments, the focus going forward will be holding their feet to the fire. Terry Slavin reports

RT @OLIVERBALCH: Supplier engagement and climate transparency in the fashion industry under the microscope in this month's 'BrandWat… https://t.co/Q1wwvCXXOj

Can focus on nature in Glasgow’s COP finally turn the tide on deforestation?

'Could COP26 signal the end of coal? Only if we invest in green jobs and training'

‘Nature loss is as big a business risk as climate change. We must tackle both with equal urgency’

Making the impossible possible: The blueprint for decarbonizing industry

‘Food waste is a big cause of methane emissions. Companies must not wait for governments to act’