When cyclist Lance Armstrong’s place in the history books switched from hero to villain, a new opportunity arose to address doping in sport

A drugs scandal too far

Lance Armstrong, one of the most decorated and revered athletes in modern times, descended from an almost super-human competitor to the world’s biggest drugs cheater. For years, Armstrong had denied using performance-enhancing substances. But in 2012 he was banned from competition for life and stripped of all results dating back to August 1998, after refusing to co-operate with a US Anti-Doping Agency investigation. Wiped off the books were his seven Tour de France wins from 1999 to 2005, and the International Olympic Committee (IOC) demanded he return a bronze medal from the 2000 Olympics.

In January 2013, he finally admitted during a televised interview with Oprah Winfrey that he had used performance-enhancing drugs and engaged in blood doping.

The scandal angered the public and rattled sports organisations, many of which decided it was time not just to update their drug-testing regimes but also to initiate programmes to encourage clean competition.

“Lance Armstrong was a real convincing liar because he was so confident he would not be caught,” says Professor Yannis Pitsiladis, professor of sport and exercise science at the University of Brighton, UK.

In a way, the Armstrong scandal was one of the best things to happen for anti-doping research, says Pitsiladis. “It brought more attention and more research [to the problem] and allowed the IOC to call for novel research ideas to deal with the problem,” he says.

Pitsiladis is currently working on a new system that can detect changes to molecules caused by EPO after the drug has left the body.

While drug testing has become more sophisticated and frequent over the past two years, it’s not clear if the overall level of doping is dropping.
The British Journal of Sports Medicine, for example, notes that the number of drug tests conducted between 2005 and 2012 increased by 50% but the number of suspicious results remained about the same.

“There is an arms race in doping to create compounds that cannot be detected, and to detect these new compounds,” says Kirk O Hanson, executive director of the Markkula Center for Applied Ethics at Santa Clara University in California. “Sadly, advanced drug testing is here to stay. The temptation to cheat will not go away soon.”

Hanson adds: “The winner-take-all nature of peak sports today creates huge incentives for athletes to cheat in order to get an edge on their opponents. Fame has always been the prize, but now the huge financial windfalls for top athletes make the temptation worse.”

Better and more frequent testing, though, has made a difference in cycling. “You can only improve, after hitting rock bottom and admitting there is a problem,” says Bill Kellick, communications director for USA Cycling. “We’re encouraged with the amount of testing the UCI [Union Cycliste Internationale] implemented. The international federation is taking a lot of steps and doing a lot to ensure this is a clean sport.”

Pitsiladis adds: “The Tour de France this year is certainly cleaner than it has been in the past.”

Today’s cyclists distance themselves from the Armstrong era. “Young riders … are trying to build a new identity for the sport,” says Kellick. “It’s also not worth it to get caught and be banned for two years when you are at your peak.” 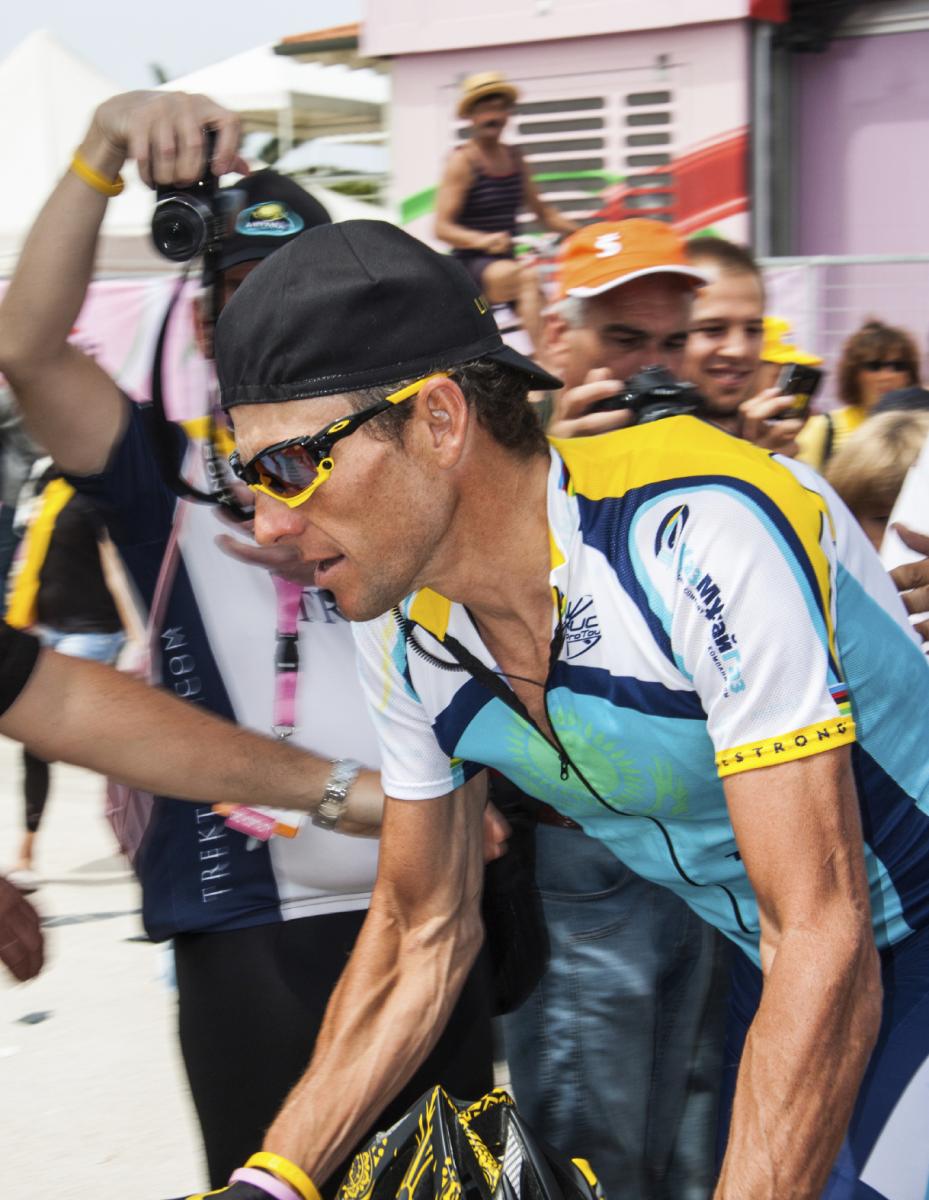 At the Winter Olympics in Sochi, Russia, this year, a record 2,812 tests were conducted. “The number of pre-competition tests for the Sochi 2014 Olympic Winter Games increased by 57% compared to Vancouver 2010, making the anti-doping programme the most stringent in Olympic Winter Games history,” says Andrew Mitchell, media relations manager for the IOC.

The IOC recently created a $10m fund to improve anti-doping research, and is encouraging new approaches and methods for the detection of prohibited substances. The IOC has called on the world governments represented in the World Anti-Doping Agency (WADA) to match the amount.

IOC president Thomas Bach attended the WADA 2013 World Conference on Doping in Sport in Johannesburg, where a revised version of the World Anti-Doping Code was approved. Bach called for the common fight against doping to be stepped up and strengthened to protect the majority of athletes who are clean.

The revised World Anti-Doping Code is due to take effect on 1 January 2015. Changes include longer suspensions for violations, incentives for athletes engaged in doping or aware of doping to come forward, equal suspensions for athletes who are involved in covering up doping violations as the athletes caught doping, and an increase from eight to 10 years for the time within which an athlete can be charged with a doping violation.

“It’s a much wiser approach to testing,” says Pitsiladis. “Ten years from now one can only imagine how sensitive testing will be. The deterrent effect is stronger. Better testing also will reduce the costs and time needed to implement testing.”

Stronger sanctions for violations, an emphasis on intelligence and investigations in anti-doping, a sport-by-sport testing approach, and changes to anti-doping regulations that include an athlete’s entourage are all important changes that are shaping anti-doping’s future, according to WADA.

WADA maintains the long-term solution to creating a level playing field lies in education and awareness.

WADA sponsors Play True Generation, a campaign encouraging youths ages 18 and under to pledge to become a generation that rejects doping. Youths can play the Play True Challenge Game online and read about the health hazards of doping. Educators also can buy WADA’s Teacher Toolkit, which includes lessons on sport values and the ethical and health ramifications of doping.

Also through WADA, athletes can take an online course Athletes Learning Program about Health & Anti-Doping (Alpha), which provides suggestions for improving their performance through training and lifestyle changes.

Santa Clara University’s Hanson adds: “Athletes have to be taught a love of the game and not just of winning.”

Another approach is to devote research to enhancing athletes’ performance without drugs, Pitsiladis says. During his career he has received more than $20m for research into health and anti-doping, but has encountered few opportunities for sport science research. “We need very good scientific approaches to help athletes perform at the highest level and preserve their health,” he says. “I believe good sport science should be funded at the same level as anti-doping.”

Ellen R Delisio is a journalist specialising in sustainability issues based in Connecticut.