Graham Wrigley has been appointed as the new chairman of the board at the UK’s development finance institution, CDC (formerly the Commonwealth Development Corporation). Wrigley, who has extensive experience of investing in developing and developed markets, spent 17 years with private equity firm Permira, and has served as chairman of Aureos, a major investor in small and medium sized enterprises in Africa, Asia and Latin America. He has also been a director of microfinance institution Cashpor, which targets India’s poor, and is an associate professor at business school Insead.

On Wrigley’s appointment, international development secretary Justine Greening said: “His demonstrated commitment to working in developing countries makes him the ideal candidate to lead CDC in the implementation of its new strategy. CDC’s investment in promising businesses which can create jobs is crucial if we are to generate the growth developing countries need to escape poverty.”

Wrigley will join CDC’s board, subject to formal approval from the FCA, in October as a non-executive director and will become chairman in January 2014. Launched in 2012, CDC’s new strategy is to support the building of businesses throughout Africa and South Asia to create jobs and make a lasting difference to people’s lives in some of the world’s poorest places.

Corporate social responsibility advisory and training firm, the Australian Centre for Corporate Social Responsibility (ACCSR), has appointed Jonathan Dutton as a non-executive director. He is the former head of the Chartered Institute of Purchasing and Supply.

Dutton’s first job was as a professional buyer for British Airways, where he bought all its plumbing supplies for Heathrow airport – including the toilet rolls for the aircraft. “In procurement you learn a great deal,” says Dutton. “It is a broad-based business education.”

He then moved into sales and relocated in Australia to work for Qantas, before returning to London to become marketing director of Regus and then Chubb. “Both were at the forefront of corporate responsibility,” he recalls. He came back to Australia and worked for the Chartered Institute of Purchasing and Supply.

“Leaving big business for small not-for-profits takes you away from the grind of delivering quarter-to-quarter profits,” he explains. “It frees you from the constraint of success only looking like money… The chance to make a difference for many more people and for a worthier cause becomes important.” 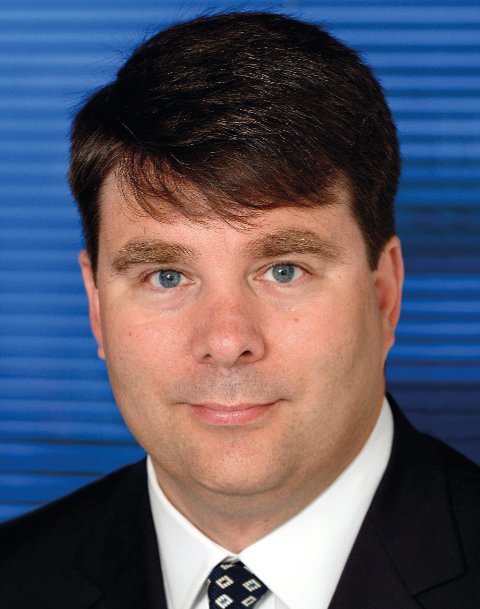 Chemical company FMC Corporation has appointed Linda Froelich as its new global sustainability director, where she will lead the company’s corporate sustainability programme.

In more than 35 years at FMC, Froelich has held a number of leadership and management roles in research and development, regulatory affairs and sustainability.

After graduating from college she started working for FMC in 1977. Her first position was as a technician screening compounds for fungicidal activity and then in the 1980s she worked in the biotechnology group.

“In the 1990s I moved from research to development,” she recalls, “first as a project manager, setting up and monitoring environmental fate, metabolism, and residue studies and then as the manager of the global regulatory sciences team.”

She joined the sector because of a desire to make a difference to peoples’ lives, “helping them get out of the cycle of poverty and to help preserve the earth’s resources,” she says. 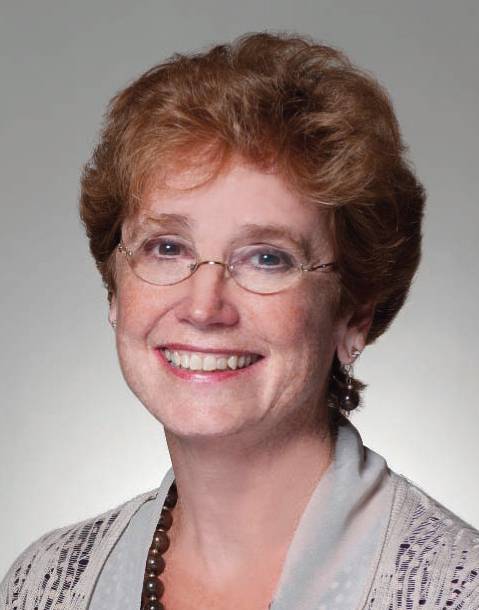 The Sustainability Consortium (TSC) has announced a partnership between TSC and Nanjing University, and the appointment of Wei Dong Zhou as TSC’s China director. Nanjing University will work with TSC researchers to identify the social and environmental issues and improvement opportunities associated with consumer products.

Wei Dong Zhou joins TSC from Business for Social Responsibility (BSR) where he was China general manager for seven years. He has more then 20 years of experience in Chinese government, non-profit organisation management, corporate responsibility and sustainability strategy, philanthropy and state-owned sector and multinational companies.

He started out as the labour, health and safety inspector at a state-owned factory, before being assigned to the local labour and personnel bureau. He was drawn to the role at TSC because it is “a great platform to offer a new approach to use scientific methodology to develop practical tools for companies. It is also a tangible opportunity for business.”

Wei Dong Zhou’s priority is to establish good partnerships between Nanjing University and Chinese stakeholders and also “to convey our support to the Chinese suppliers of TSC members”.

“I think TSC can play an instrumental role,” he explains, “leveraging business incentives to encourage Chinese suppliers to lead with sustainability.”

UK photovoltaic systems manufacturer First Solar has named Joe Kishkill as chief commercial officer. In his new role, he will have responsibility for global business development, sales and international public affairs, with the primary focus on sustainable growth in emerging markets. Most recently, Kishkill was president, eastern hemisphere at Exterran, a natural gas, petroleum and water treatment production services provider.

The US Electric Power Research Institute (EPRI) has announced the appointment of Anda Ray as vice-president environment and chief sustainability officer. Ray joins EPRI from the Tennessee Valley Authority, where she most recently held the post of senior vice-president of engineering, environment and support services. Ray will lead EPRI’s research sector, which addresses environmental and health impacts from the generation, delivery and use of electricity. 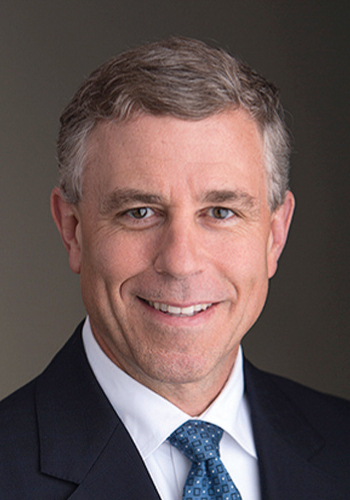 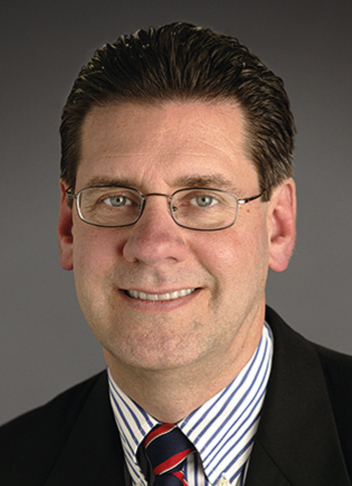 Virginia’s College of Natural Resources and Environment, which advances the science of sustainability, has appointed Robert Smith, its associate dean for engagement, as head of the department for sustainable biomaterials. Smith will focus on continuing the department’s leadership profile nationally and internationally in teaching and research in the sustainable use of natural resources. 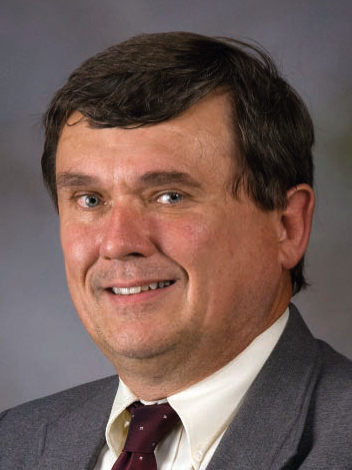 UK recycling, renewable energy and waste management company Viridor, part of Pennon Group, has a new chief executive, Ian McAulay. McAulay has also become an executive director of Pennon Group. He was formerly chief of global strategy and corporate development with MWH Global, based in the US.

US social investor the Calvert Foundation has named Jennifer Pryce as its new president and CEO. Pryce was previously the foundation’s chief strategy officer.

Environmental management firm Ecology and Environment, based in New York,has appointed Gerald Strobel, its executive vice-president and one of its founders, to be its new chief executive officer.

The International Council on Mining & Metals (ICMM) has appointed Ross Hamilton as director of its newly combined environment and climate change work programme. He joins ICMM after five years at BHP Billiton. 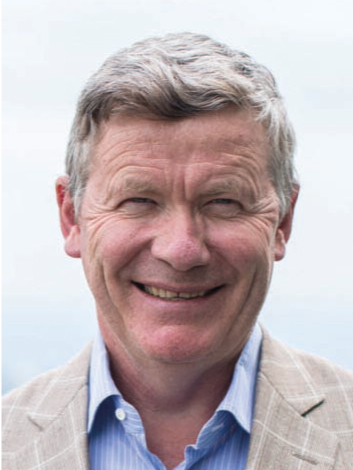 UK engineering and design consultancy WSP has hired Mark Hurley to lead its environment and energy business. Hurley joins WSP from Mouchel, where he spent 14 years, most recently as head of environment.

Swedish marine energy company Minesto has appointed Heije Westberg as its chief technology officer. She previously worked for Volvo Technology AB, as manager of the department of energy conversion.

Sacha Deshmukh has been appointed as chief executive of the Smart Meter Central Delivery Body, the new organisation responsible for delivering consumer engagement during the nationwide roll-out of smart meters to every home and small business in the UK. Deshmukh is a board trustee of Citizens Advice England and Wales and a non-executive director of Consumer Futures.

Danish company Vestas Wind Systems has appointed Anders Runevad as group president and CEO. Runevad was formerly with Ericsson, where he was president of the western and central Europe region, and a member of the Ericsson global executive team.