PensionDanmark, the Danish not-for-profit labour market pension fund, has hired Susanne Røge Lund as head of socially responsible investments (SRI). Lund previously spent 12 years at Danish pension fund PKA, where her first job was as a financial analyst. “I had also been a student assistant there while I was studying finance and accounting at Copenhagen Business School,” she explains.

In the finance department at PKA, she held several different roles, all within the investment department. “In 2006/07, there was a growing attention on SRI and PKA wanted to have this anchored with one person. I thought it was an exciting new area for me to explore,” she recalls. Lund was first drawn to the SRI sector because of the opportunity to combine traditional investing with social responsibility issues, “thereby creating more value and better conditions for people around the world”.
In her new role, she reports to Jens-Christian Stougaard, director of SRI, and is looking forward to “taking PensionDanmark further on the journey they are already on with regards to SRI”.

The Global Reporting Initiative (GRI) has appointed Eric Israel as director of GRI’s North American office, (known as) Focal Point USA and Canada, based in New York. Israel is an auditing and sustainability professional with experience at both PricewaterhouseCoopers (PwC) and KPMG. A qualified chartered accountant, prior to moving to GRI, he was managing director of US sustainable business solutions at PwC.

While working on the verification of Shell’s 1997 sustainability report, “I witnessed first-hand the transformative potential of sustainability reporting, and gained a deeper understanding of how sustainable business performance extends beyond numbers alone,” he recalls.
Having collaborated with GRI for over a decade, he is now “thrilled to contribute directly to the development of a reporting standard that helps businesses navigate risks in today’s turbulent global economy”. 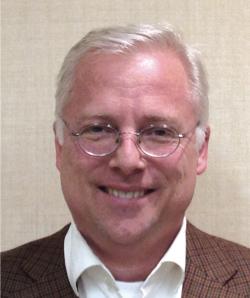 Dr Jacquelyn Fox is the new head of sustainability for international construction services company ISG’s UK construction business. A former UK government adviser on sustainability legislation, Fox has more than 20 years’ experience of sustainability policy and best practice drawn from within the construction industry, the charities sector and academia. She joins ISG from the Chartered Institution of Building Services Engineers, where she launched the Home of the Future advisory group and worked closely with government departments to advise on sustainable development and help to drive carbon zero initiatives.

Fox started out as an engineering systems adviser, installing and setting up air handling systems, including processing design, advising on maintenance and costing of air conditioning systems.

She completed a PhD in sustainable architecture while working as head of group sustainability for Barratt Developments. “The climate change agenda and the importance of energy efficiency within the built environment represent key challenges for engineers from all disciplines,” she says. “As a mechanical engineer by training, I have always been fascinated with making systems operate efficiently regardless of their application.”

Her role at ISG will be to coordinate best practice from across the construction business, “creating a cohesive sustainability strategy that is both deliverable and will set an aspirational benchmark for the business”. 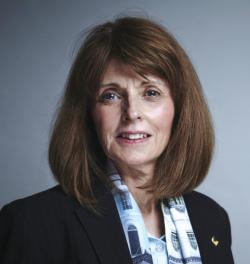 Anuradha Gupta is to be the new deputy CEO of the public-private health partnership GAVI Alliance. With more than 30 years’ experience in public health and public policy, Gupta, who takes up her post in June, is currently responsible for managing the world’s largest public health programme, in her role as additional secretary of the ministry of health and family welfare and mission director of the National Health Mission for the government of India.

“We very much welcome Anuradha, who joins us at a critical point in our mission,” says Dr Seth Berkley, CEO of the GAVI Alliance. “We are moving forward into a phase of massive expansion of GAVI-supported immunisation programmes, so Anuradha’s extensive management experience and deep understanding of country-level immunisation challenges will prove invaluable. Anuradha’s broad multisectorial expertise and proven ability to deliver results will help to steer us through this unprecedented transitional phase.” Gupta says: “I see GAVI as a strong organisation powered by people with a determined spirit who are spurred by an insatiable faith in their mission to save lives. I very much look forward to becoming part of that mission.”

Gupta will be based at the organisation’s headquarters in Geneva. 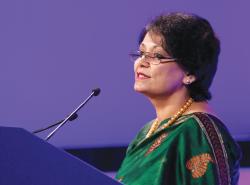 The UN-supported Principles for Responsible Investment initiative has appointed Martin Skancke as the new chair of its advisory council. He will be based in Norway. Skancke previously served as director-general and head of the asset management department at the Norwegian Ministry of Finance.

Conservation body WWF-UK has appointed Sir Andrew Cahn as the new chair of its board of trustees. He will succeed Ed Smith when he retires in June. Cahn has spent most of his career in public service, in the UK Cabinet Office, the Foreign Office and the agriculture ministry, and three periods working in European institutions in Brussels. After seven years in the private sector as director of government and industry affairs at British Airways, in 2006 Cahn was appointed CEO of UK Trade & Investment, a post he held until 2011. 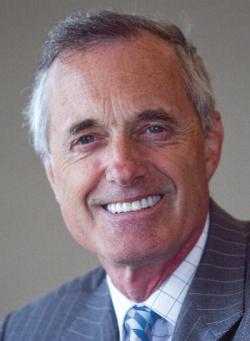 Australian not-for-profit organisation the Carbon Market Institute has appointed two new directors to its board, Elisa de Wit and Andrew Grant. De Wit is the leader of Norton Rose Fulbright Australia’s climate change practice and has been named as a “leading lawyer” in the Australasian Legal Business Guide for Environmental Law. Previously chief executive of CO2 Group, Grant is an experienced chairman, company director and CEO, with global expertise in sustainable development and a history of business success in carbon, environment, advisory and public asset management. 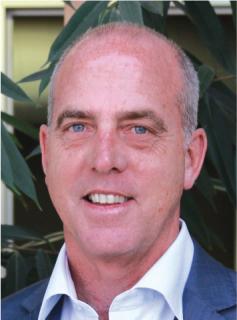 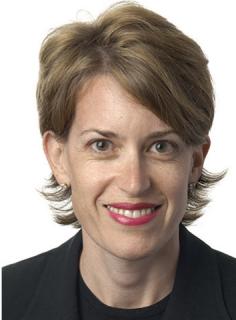 RBS non-executive director Penny Hughes, a former president of Coca-Cola Great Britain and Ireland, has been named as the new chairwoman of RBS’s group sustainability committee.

Achim Steiner’s role as executive director of the United Nations Environment Programme (UNEP) has been extended for two years by the UN General Assembly. Before joining UNEP, Steiner served as director-general of the International Union for Conservation of Nature from 2001 to 2006. His professional career has included assignments with governmental, non-governmental and international organisations across the globe 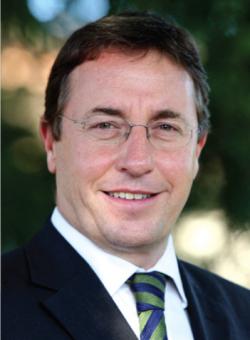 Oxfam Scotland has promoted its former campaign and communications manager, Jamie Livingstone, to become head of the organisation.

Rentia van Tonder has joined Standard Bank in Johannesburg as head of renewable energy, power and infrastructure. She was previously with the Industrial Development Corporation of South Africa.

Toxicologists Dr Martha Moore and Dr Janice Yager have joined US sustainability consultancy Environ. Moore and Yager will assess and manage risks that workers and the wider community face from exposure to chemicals and physical agents in a broad range of everyday and specialist applications.
Prior to joining Environ, Moore’s experience included being director of the division of genetic and molecular toxicology at the US Food and Drug Administration’s National Centre for Toxicological Research. Yager was previously a research programme manager with the environment division of the Electric Power Research Institute in Palo Alto, California, US.

The US-based Sustainability Accounting Standards Board has appointed Matthew Welch as chief operating officer. Welch has held various leadership roles in the non-profit and for-profit sectors. He served as COO at Junyo and held the senior operating role at Kaplan K12 Learning Services.

With thanks to Miriam Heale, Allen & York - www.allen-york.com.