Michael Fallon MP is to join the UK Department for Energy & Climate Change as minister of state for energy and climate change. Fallon will carry out the post in addition to his current role as a minister of state at the Department for Business, Innovation and Skills. The re-shuffle will help to join up the government’s work on low-carbon industries like nuclear and offshore wind and the supply chain. Fallon says: “Energy policy has a key role to play in securing sustainable future growth in the economy, strengthening supply chains, keeping people’s bills down and tackling climate change.” Fallon, former deputy chairman of the Conservative Party, was appointed minister for business and enterprise in September 2012. He has been the Conservative MP for Sevenoaks, Kent, since 1997. He is also a former director of Bannatyne Fitness, Quality Care Homes, Just Learning Ltd, Attendo AB and Tullett Prebon. 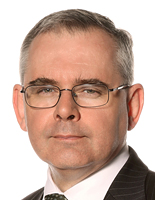 The UK Sustainable Investment and Finance Association(UKSIF), the trade association for responsible investment and other financial services that advance sustainable development, has appointed Simon Howard as its new chief executive.

During a City career that started in 1990, Howard has been group chief investment officer at Liverpool Victoria, head of investments at Friends Provident and managing director at 3i Asset Management. His most recent role was as head of sustainable financial markets at Forum for the Future.

Howard’s very first job was with a brewery, Vaux, in Sunderland. “I enjoyed my time in the pub industry but concluded that it wouldn’t give me the future career that I wanted,” he recalls. “I did an MBA and then went into the City. I started in equities, moved to other asset classes and eventually focused on strategy and asset/liability work.”

Climate change sparked his interest in sustainability. “I felt the evidence was becoming overwhelming and it began to concern me at a personal level,” he explains. “The financial crisis accelerated my thinking as looking at financial services strategy over future decades really highlighted the unsustainability of much of the current economic model. As a result, I decided on a further career move – into sustainable investment and finance.”

At UKSIF, Howard will ensure that sustainability is integrated more deeply and broadly into the investment and finance system. 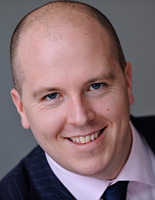 James England has been promoted to head of charities and corporate investing at Standard Life Wealth(SLW).

England started out in the graduate programme at Deloitte and Touche and after six years, moved to Grant Thornton doing a similar role. “I made a switch into private banking and joined UBS in 2007,” he explains. He moved to SLW in 2009. England was drawn to the sector by the prospect of “helping clients achieve their goals and giving them sound advice and then nurturing long lasting relationships”.

He believes that SLW’s investment management philosophy is perfectly suited to charities. “It’s about setting targets that matter to the running of the charity and then achieving those goals regardless of the markets,” he explains. “I want to continue to build a strong brand with a good reputation in the charity sector. We want to makes a real difference to charities and allow them to carry on performing the vital role they play.” 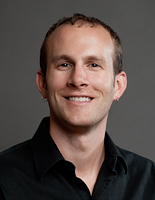 The US Green Building Council (USGBC) has appointed Tommy Linstroth, owner and founder Trident Sustainability Group, as a 2013 campaign co-chair for its “value healthy and efficient affordable housing”advocacy campaign.

Following a Masters degree, Linstroth started out as sustainability associate for Melaver a property and development company. “I’ve spent the last 10 years focusing on sustainable design and construction, with hands-on learning coming from working in the owner’s role in development and property management,” he explains. He has been able to leverage that knowledge to share with clients on a consulting basis. “Owners and developers know I’ve been on their side of the table before,” he says.

Linstroth says his lifelong passion for sustainability solutions began early: “I started picking aluminium cans out of dumpsters to recycle when I was 12. True sustainability – good for the environment, and a good financial return. Those same principles have carried through with me today.”

In his new role at USGBC he is hoping to increase the number of US states that are adopting third-party verified green practices. 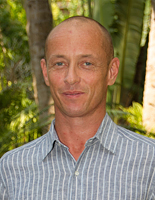 Sean Panton has taken up the newly created post of director of CSR at the JW Marriott Phuket Resort & Spa. A British national born in Malawi, Panton travelled extensively in the Middle East, Africa, Europe, Caribbean and America before starting a career in hospitality. Most recently he was CEO/founder of SEEK Phuket, an outreach corporate responsibility project for Thanyapura Ltd, which worked with the public and private sector to develop a Phuket sustainability plan.

“I started with spas, teambuilding for groups and recreation, then moved to be the general manager of a holistic enterprise in Phuket,” he explains. “Following this, I founded SEEK Phuket to help save the island by writing a sustainability plan for different sectors to follow – government, private sector and NGOs. CSR was a natural transition for me.”

Vedanta Resources has hired Mark Eadie as chief sustainability officer. Eadie joined the Vedanta Group in January 2013 as vice-president of sustainability at its Konkola Copper Mines in Zambia. He has spent more than 25 years at various organisations including Shell, ERM and JP Morgan and has extensive experience in sustainable development in the resource sector across the world.

Leon Olsen has joined environmental engineering consultants Golder Associates as head of sustainability, based in London. Olsen was formerly a director at Deloitte Australia’s sustainability and climate change services.

Michelle T Davies, head of clean energy and sustainability, and partner, at law firm Eversheds, has been appointed to the board of the Emirates Solar Industry Association. She is the first woman to serve as a board member. 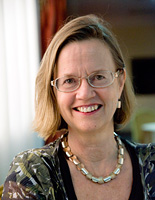 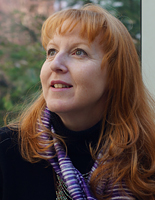 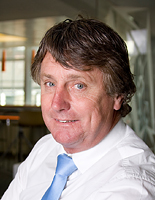 Gary Dirks, director of the Arizona State University (ASU) LightWorks Initiative and former president of BP China and BP Pacific-Asia, has been appointed director of ASU’s Global Institute of Sustainability.

Valad Europe, the European diversified real estate investment manager, has joined the Green Rating Alliance. Mark McLaughlin, Valad Europe’s head of Benelux and head of sustainability, has been appointed to the board.

Sergey Sennikov is the new chief sustainability officer of Ocean Trawlers. A lawyer, Sennikov has many years of experience within the seafood industry and has contributed extensively to a number of relevant and successful sustainability projects.

The Environmental Defense Fund has recruited Daniel Heagerty as habitat markets director. He has more than 30 years’ experience in conservation and environmental markets at environmental engineering firms, including CH2MHill and David Evans and Associates.

SUSI Partners, a Zurich-based sustainable investment house, has appointed former president of Switzerland Moritz Leuenberger to its board of directors.

Brigitte Dumont has joined France Telecom-Orange as director of CSR. Her main role will be to pursue the group’s policy of responsibility with regards to its various stakeholders. She joined the firm in 1991 and was most recently deputy vice president of human resources. A recipient of the French Légion d’honneur, she has, since June 2010, been president of the French Union of telecommunications, networks and telecom services companies.

Bill Edrich is Bristol city council’s first commercial energy director. He will be responsible for ensuring the development of a £100m plus programme of commercially viable renewable energy and retrofit projects.

Biosystems engineer Prof Shane Ward has been appointed as the first director of the soil and water management centre at Harper Adams University. Ward, who specialises in integrating engineering with life sciences, will also take up the newly created role of professor of soil and water at the university in Shropshire.