Winifred (Winnie) Byanyima, a grass-roots activist, human rights advocate, senior international public servant, and world-recognised expert on women’s rights, has been appointed executive director of Oxfam International. Byanyima earned engineering degrees in aeronautics and in energy conservation and the environment in the UK, where she went as a refugee student during the repressive regime of Idi Amin in her native Uganda. An engineer for Uganda Airlines, she was appointed to the diplomatic service in 1989, where she represented Uganda in France and at Unesco in Paris. She returned to Uganda in 1994 and served as a member of parliament until 2004. In that same period, she founded and led the Forum for Women in Democracy, a national Ugandan NGO. From 2004 until 2006, she established and directed a unit for women, gender and development at the African Union Commission. In 2006, she became director of the gender team of the United Nations Development Program. In that role, she also co-founded the 60-member Global Gender and Climate Alliance of civil society, bilateral and multilateral organisations. She chairs UN-wide task forces on gender aspects of the millennium development goals, and of climate change. 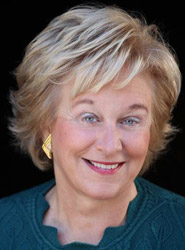 Trillium Asset Management, an investment adviser devoted exclusively to sustainable and responsible investing, has announced the election of four members to its board of directors. Deborah Widener, who will serve as the chair of Trillium’s board of directors, has been managing director at several investment banks. Widener’s working life started in banking. “The first job that started me on my career path was at Chase Manhattan bank,” Widener explains. “Their excellent training program was my introduction to financial markets.” She began her Wall Street career after receiving her MBA, joining Salomon Brothers in 1979 as an associate. “The 1980s were fascinating times to participate in the capital markets,” she recalls. “I was fortunate to assist corporate managements in strategic decisions on mergers and acquisitions.” As a teenager, Widener was interested in politics, running a campaign for statewide open housing in high school. “I was an enthusiastic proponent of the first Wall Street research published on socially responsible investing that helped investors understand that companies can be profitable and responsible.” Her new role will give her the opportunity to combine her love of investment strategy with a philosophy that promotes sustainable, responsible investing. 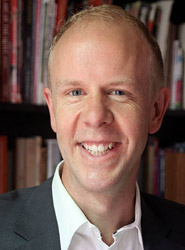 Simon O’Connor has been appointed chief executive officer of the Responsible Investment Association Australasia. His most recent post was as leading economic adviser for the Australian Conservation Foundation. O’Connor started out in a global insurance brokerage, advising large Australian companies on sustainability and environmental risks. “My time in this role gave me great insight into high-risk, high-impact sectors of the economy, including oil, forestry and automotive manufacturing,” he says.   O’Connor has strived to work where economics and finance converge with sustainability and the environment. “There is no clear career path for combining this set of skills and interests, but I've had a number of very satisfying roles working across the private sector and non-governmental organisations in Australia and overseas,” he explains. His involvement in the finance sector has been driven by a strong belief in a smarter and more sustainable economy. “The finance sector can be a powerful intervention point in driving positive change, while securing and enhancing long-term returns and a safe, sustainable future,” he says.  The responsible investment sector is a significant and growing part of the finance sector in Australia. O’Connor says: “My main aim will be to help the sector strengthen its voice and play a more influential role in building a sustainable economy that helps our members thrive.” 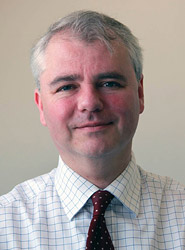 Transparency International UK has appointed Robert Barrington to be its new executive director. Barrington joined Transparency International UK in 2008 as director of external affairs. He was previously director of governance and sustainable investment at F&C Asset Management, and CEO (Europe) of the environmental research group Earthwatch Institute.    After graduating, Barrington spent two years in the commercial art world. “I was only good at selling the paintings I liked, which was not conducive to profit, and so I left for Italy to do a PhD in Renaissance history,” he recalls. On his return, he started work as a volunteer at Earthwatch and gradually progressed through the ranks to become CEO (Europe). He then moved to the City in London to become director of governance and sustainable investment, first at Friends Provident Asset Management, and two mergers later at F&C.  “It was a great job for understanding how companies and the City operate, and bringing shareholder pressure to bear,” he explains. Barrington was drawn to this sector by a long-held passion against injustice in any form: “I have been particularly interested in how companies operate, and the way that they can be forces for good or bad depending on how they choose to operate.” At Transparency International, his new role will enable him to, “support ordinary citizens, companies and others that want to prevent or fight corruption – and to make life very uncomfortable for those who are corrupt”. 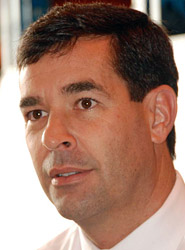 BP has announced that Bob Fryar will be its new executive vice-president for safety and operational risk, reporting directly to Bob Dudley, group chief executive. Fryar, who has 27 years’ experience in the oil and gas industry, was formerly executive vice-president for production in BP’s upstream business.
The Sustainable Agriculture Network (SAN) has hired Andre de Freitas as director. He most recently served as director general of the Forest Stewardship Council (FSC). In parallel to his role at the FSC, he also served as an ISEAL board member, and later as board chair. 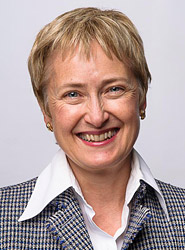 Newmont Mining Corporation has announced the appointment of Dr Elaine Dorward-King as executive vice-president of sustainability and external relations. Dorward-King will begin her new role with Newmont in March and will assume responsibility for the company’s environmental, social responsibility, community and government relations functions. She joins from Rio Tinto, where she most recently served as managing director of Richards Bay Minerals in South Africa.

Professor Phil Taylor has been appointed as the new lead on sustainability at Newcastle University. Taylor is a leading expert in renewable energy and the academic lead for the UK's largest smart grid project, worth £54m. He will take up the post of director of the University’s Newcastle Institute for Research on Sustainability in April. Training in Liverpool and Manchester, Taylor worked for five years as research and development director for Senergy Econnect, an international renewable energy consultancy, before moving to Durham University, where he established a world-leading research team. 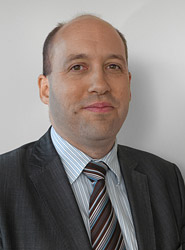 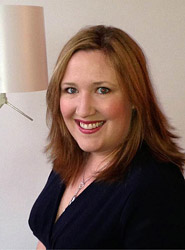 Baldwin, who most recently served as global media relations director for KPMG International’s climate change and sustainability division, will be based in Amsterdam, Netherlands.

The Clean Development Mechanism (CDM) board has elected its chair and vice-chair for 2013. Peer Stiansen of Norway will serve as chair until the first meeting of the board in 2014. An economist who joined the board in 2009, Stiansen is a senior adviser in the Norwegian environment ministry. Hugh Sealy of Barbados will serve as vice-chair. Sealy, a professor at St George’s University in Grenada, is an environmental scientist and chemical engineer who has served on the board since 2008. 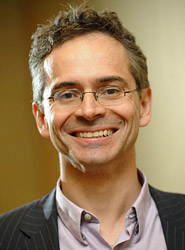 The International Chamber of Commerce (ICC) has announced the appointment of Iohann Le Frapper, general counsel networks group at Alcatel-Lucent, as a vice-chair of the ICC commission on corporate responsibility and anti-corruption. ICC was the first global business organisation to develop rules to counter corruption and it has developed a suite of crucial anti-corruption tools for companies to use proactively as part of their integrity programmes.

Matthew Kotchen is the new deputy assistant secretary for environment and energy at the US Treasury. Kotchen is an associate professor of the school of forestry and environmental studies at Yale University and also serves as a faculty research fellow with the National Bureau of Economic Research. He is on the advisory board of the Environmental Protection Agency. Gloucestershire Wildlife Trust has hired Roger Mortlock as its new CEO. Starting in March 2013, Mortlock will be joining the trust from the Soil Association, where he was deputy director, leading work aimed at widening access to healthy and sustainable food, notably the Food for Life Partnership. He is also chair of the Soil Association Land Trust.  With thanks to Miriam Heale, Allen & York