Business & Human Rights Resource Centre has announced the appointment of Phil Bloomer to the position of executive director.

Bloomer, who takes up his new post in September, has 30 years of experience in human rights and social justice. He has held leadership positions at Oxfam GB since 1995, most recently as director of the campaigns and policy division. He also spent 11 years working in Latin America and the Caribbean on human rights and economic justice.

Chris Marsden, chair of the Business & Human Rights Resource Centre board, says: “Phil is clearly an outstanding leader, strategic thinker and committed advocate for human rights.” On accepting his position, Bloomer said: “Business can and will play a key role in confronting the challenges of worsening inequality, economic uncertainty and ecological crisis. The resource centre has enormous potential to encourage positive change.” 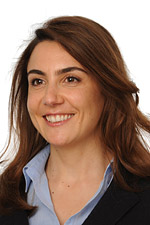 Aviva Investors has hired Adeline Diab as head of integration for its global responsible investment team. She joins from APG Asset Management in Amsterdam.

Diab started out by joining the knowledge intern programme at the World Bank, after realising that “finance is the industry that can drive change, rather than politics”. She then worked at HSBC and GLG Partners (a London-based hedge fund), where she led thematic investment strategies and integrated ESG into their investment processes. “It was exciting to work for such a market player and realise the power of what investors can achieve,” she recalls.

Next step was APG Asset Management. “Asset owners have a huge influence,” she says. “They are at the heart of capital markets, fuelling the economy and society. I believe that asset management has a huge role to play in restructuring more sustainable financial markets. Sustainable development cannot be achieved without sustainable capital markets.”

“This sector offers the opportunity to shape a more sustainable future,” says Diab, who is looking forward to embedding ESG issues across asset classes and regions in her new role. 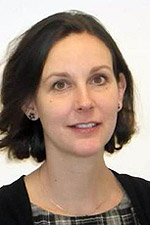 Meg Brown is the newest European liaison at the Global Impact Investing Network. She was previously director, climate and sustainability research, at Citi Investment Research.

Brown studied zoology at Bristol University, before completing a masters in environment and development at the London School of Economics.

“I briefly did a bit of environmental consulting, and then moved into what would now be called ESG research at UKSIF,” she recalls. She then worked for eight years at Citi as a sell side analyst specialising in climate change and responsible investment. Brown is currently a freelance consultant in sustainable investment, which includes her work at the GIIN.

“I was first drawn to this sector by the access that investors have to senior management of companies,” she explains. “At GIIN, I’m most interested in exploring whether the language of ‘social and environmental impact’ will facilitate the direction of more finance towards sustainable enterprises.” 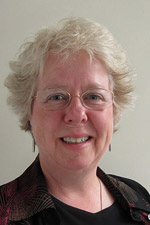 Jennifer Iansen-Rogers has joined ERM Certification and Verification Services (ERM CVS) as a partner to head up the CSR report assurance business. Previously, she spent more than 20 years in KPMG’s global climate change and sustainability network and was recently seconded to GRI to advise on the development of the G4 guidelines.

Iansen-Rogers’ early career was varied. “After starting out doing research in wastewater treatment, I undertook ecological field surveys, lectured on animal welfare, ran multisector Youth Training Scheme programmes and managed an environment centre for local business and the community,” she explains. She moved to KPMG in the Netherlands in 1992, first in environmental auditing and EMS, before specialising in sustainability reporting and assurance, working for many multinationals.

Iansen-Rogers was drawn to this sector by “my passion for the natural world when I was young – in particular, freshwater ecology and fishing”.

At ERM CVS, she is looking to add value for clients and stakeholders by helping to ensure transparent and reliable reporting. “I believe assurance is key in this, because management and stakeholders all need reliable information on which to base business, investment and personal decisions,” she explains. 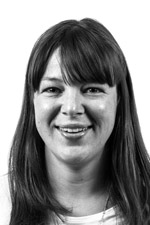 “I started out in politics, in the European parliament and the UK House of Commons,” Turner says. “After working in Brussels and Westminster, I joined a political consultancy, working for a wide variety of clients.” She then joined Tesco in 2009 to lead the development of the CR team. “My time in the company including spending a year in Thailand, heading up the corporate affairs team at Tesco Lotus,” she recalls. “I returned to the UK in June 2012 to develop Tesco strategies on sustainable sourcing and water use.”

Having studied geography at university, Turner has always been interested in how the planet and people interact, while her passion for communications has grown from seeing how effective communications can be in enhancing an organisation’s brand credentials and reputation.

“We are seeing increased client demand for creative content and storytelling to bring their CR and sustainability journey to life,” she says. At Glasshouse, she is therefore “looking forward to delivering multichannel campaigns across a growing number of clients.” 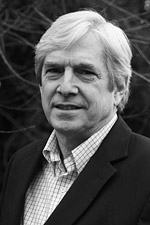 The Better Cotton Initiative (BCI) has appointed Patrick Laine as its new CEO. Laine, who takes up his post in August, has more than 25 years of experience. Previous leadership roles include assignments at GE, Cummins and the Kysor Industrial Corporation. His most recent role was as director of corporate partnerships for WWF-UK. 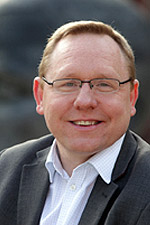 Prof Phil Taylor is Newcastle University’s new head of sustainability. Taylor – a leading expert in renewable energy and academic lead for the UK’s largest smart grid project – has taken up the post of director of the University’s Newcastle Institute for Research on Sustainability. Trained in Liverpool and Manchester, Taylor worked for five years as research and development director for Senergy Econnect, an international renewable energy consultancy, before moving to Durham University where he established a world-leading research team.

Jonathan Cawley is to join Snowdonia National Park as director of planning. Cawley is chairman of the strategy group Renewable-UK Cymru and is recognised as a renewable energy and wind energy expert. He currently works for West Coast Energy as a planning and development manager. In his new role, he will be responsible for policies and strategic plans, development control and compliance, sustainable communities and cultural heritage

The Hong Kong Equal Opportunities Commission has appointed Su-Mei Thompson as a member. Thompson is CEO of The Women’s Foundation, a non-profit organisation dedicated to improving the lives of women and girls in Hong Kong.

Waste management company Veolia Environmental Services (UK) has hired Marguerite Ulrich as its new human resources director. Ulrich was previously vice-president for human resources for Veolia in the US. 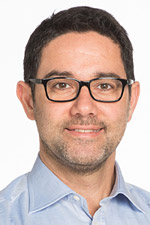 Michael Jennings is to join water treatment provider Hydro International as CEO. Jennings has previously held senior leadership positions in a number of companies, including AlliedSignal, Ingersoll-Rand, and Flextronics.

EnerMech, a mechanical engineering specialist, has appointed its first director of quality, health, safety and environment. Ian Pym joins from nuclear fuel company URENCO, where he was head of global compliance.

South Africa’s Council for Scientific and Industrial Research (CSIR) has announced the appointment of May Hermanus as executive director of its natural resources and environment research unit. Hermanus will take up her position at the CSIR from in June. She is currently director and adjunct-professor at the Centre for Sustainability in Mining and Industry at Wits University. 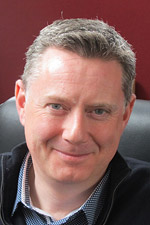 Keith Beattie has joined the Energy Efficiency Consultancy (EECO2) as head of its life sciences division. He was formerly energy and environmental sustainability leader at Eli Lilly.

John Morgan has been appointed to the UK Health and Safety Executive board as a non-executive director. Morgan worked for BP for 30 years until 1997, when he took on a number of non-executive roles. He was non-executive chairman of Venture Production from 1998 to 2009 and was on the board of the John Wood Group from 1998 to 2012.

Nuclear Management Partners has appointed Tony Price as managing director of Sellafield Limited, the body that is responsible for cleaning up the world’s most complex nuclear site. Price was most recently executive officer of the company.

Chris Miller-Jones is now service director for environmental due diligence at BWB Consulting. He was previously a principal consultant with WSP Environment & Energy.