Former Mexican president Felipe Calderón has joined the board of directors of the World Resources Institute (WRI).

Calderón served as president of Mexico from 2006 to 2012, during which time he made sustainability a priority across all of government. He pushed for the generation of electricity from renewable sources, which had risen to 27% of the total generated by the time he left power. He also put in place a set of energy-saving programmes and more than doubled the volume of wastewater treated in Mexico.

“We are living in a critical time, with immense environmental and development challenges before us,” Calderón says. “I am delighted to be working with WRI to create a more sustainable world for all.”

Calderón also played a vital leadership role in the success of the 2010 UNFCCC Conference of the Parties (COP16) in Cancún, which led to the Cancún Accord. 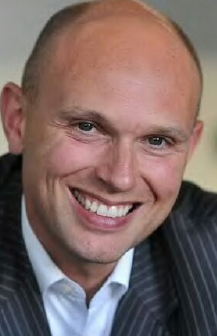 Prof Roel Nieuwenkamp has become chair of the new OECD working party on responsible business conduct, an intergovernmental working party dedicated to corporate responsibility issues. As chair, Nieuwenkamp will dedicate his time to promoting the OECD guidelines, and providing leadership to the OECD’s proactive agenda. Prior to this appointment, Nieuwenkamp – who is also a professor of public administration at the University of Amsterdam – was director, international trade policy in the ministry of foreign affairs in the Netherlands.

Having started out as a management consultant with Arthur Andersen, he then moved into the public sector. “In 2001, I became the director for promoting entrepreneurship in the Netherlands ministry for economic affairs,” he explains. “I first got interested in corporate responsibility when I was responsible for setting up a CR knowledge centre for small and medium sized enterprises.

“In my new role I will try to strengthen the system of national contact points for the OECD guidelines – the grievance mechanisms,” he says. “I would also like to ‘level the playing field’ by bringing on board several emerging economies to the OECD guidelines. Finally, I would like to provide leadership to several CR programmes the OECD is working on, from responsible mining to the financial sector.” 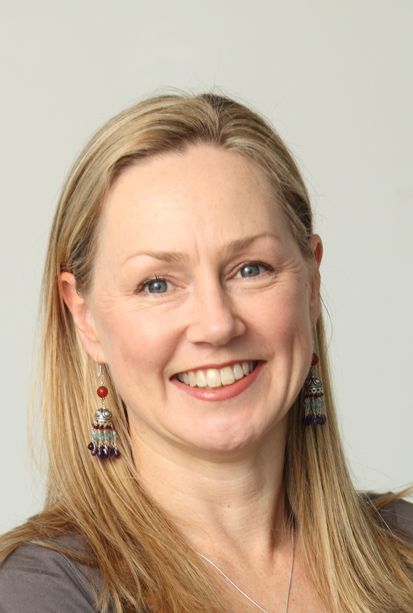 Commercial real estate services firm CBRE has made Rebecca Pearce head of sustainability in Europe, Middle East and Africa. This newly created role will see Pearce driving sustainable property and portfolio management initiatives on behalf of clients and responding to changing legislation and market trends. She will also oversee the company’s regional corporate responsibility policy and commitments to environmental sustainability.

Having started out as an architect, Pearce then joined the property team at Westpac Banking Corporation, one of Australia’s largest banks. “There I developed a sustainability strategy for the bank’s physical footprint and then the broader organisation,” she explains. “In 2008, I spent two years in Dubai working as a consultant with the Sustainability Advisory Group and in 2010 joined CBRE in Australia, as head of sustainability for the Pacific region.”

Pearce was drawn to the sector because of a desire to do something positive for the environment and help others to make a difference in a practical way. “Sustainable property is a fast-changing area with constant learning required in terms of technology and practices,” she explains. “It connects to the economic and social aspects of sustainable development so directly. I find it incredibly stimulating.”

Her new role will be to embed sustainability into all aspects of CBRE’s business.

In addition to some changes at board level (see appointment of the month), the World Resources Institute (WRI) has hired David Waskow to lead its international climate initiative within the climate and energy programme. Waskow’s most recent role was programme director for climate change at Oxfam America and prior to that, he was international programme director for Friends of the Earth. At the WRI, Waskow will oversee the institute’s work to advance ambitious national actions to reduce emissions and prepare for the impacts of climate change.

The Governance & Accountability Institute has appointed Linda Lowson to be a fellow of the institute. An internationally recognised expert on global financial and ESG regulation, Lowson continues as CEO and chief counsel of the Global ESG Regulatory Academy and CSR Insight.

Raymond Yeng has joined energy management company Drumbeat Energy as its new director of energy services. He was previously with energy consultants Inenco.

Zurich-based sustainable investment house SUSI Partners has appointed Moritz Leuenberger, former president of Switzerland, to its board of directors. 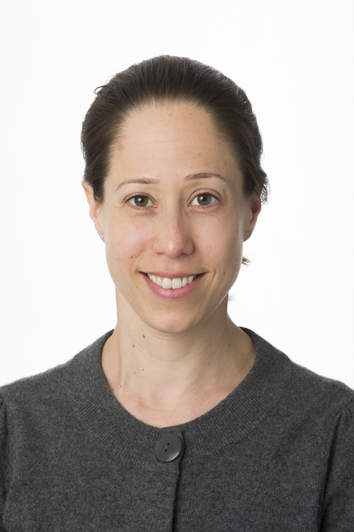 Pennycook joins the group after nearly eight years as group finance director at WM Morrison Supermarkets. Pym has held a series of senior roles, including group chief executive of Alliance & Leicester. He is currently chairman of UK Asset Resolution, a position he will retain. 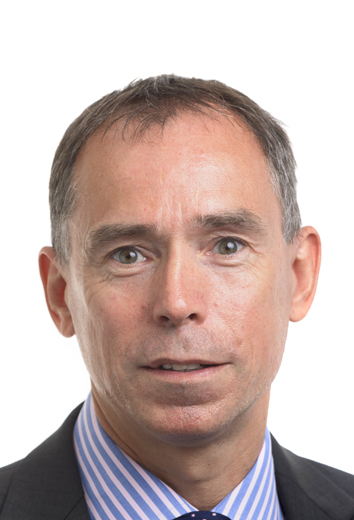 The Design Council has hired Clare Devine as its new director of architecture and the built environment. Devine’s previous roles include director and national head of education and public sector at Capita Symonds Architecture. She is chair of Women in Architecture and vice-chair of Architects for Change at RIBA.

Go Green Global Technologies has appointed Mark Del Priore to its board. Del Priore was a principal in multiple funds managed by the Huff Companies from 1999-2013, specialising in energy related investments. 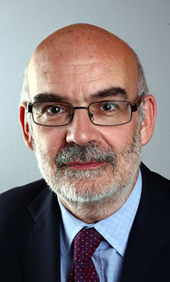 The Institute of Business Ethics has announced that Peter Montagnon is to take up the new role of associate director. Montagnon, who starts in September, is currently senior investment adviser at the Financial Reporting Council. 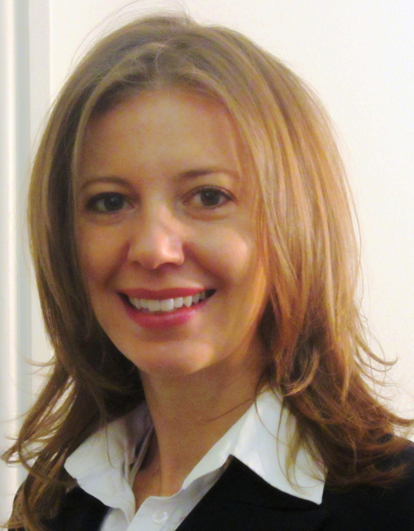 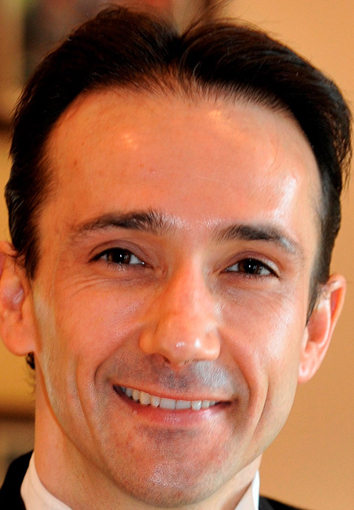 Ioan Jenkins has joined Tidal Lagoon Power Limited as its new development director for Wales. His most recent roles were as head of community regeneration with BITC, chief executive of Young Enterprise Wales and director of BTCV Cymru, an environmental and conservation body.

The Institute for Human Rights and Business (IHRB) and the Danish Institute for Human Rights (DIHR) have announced the appointment of Vicky Bowman as director of the Myanmar Centre for Responsible Business. The new centre, a joint initiative of IHRB and DIHR, is currently being established in Yangon to promote responsible business conduct in Burma. Bowman, a former British diplomat fluent in Burmese, began her diplomatic career in 1990 with the UK Embassy in Yangon. Since 2011, she has worked at Rio Tinto, where, among other things, she led the implementation of the company’s commitment to the UN guiding principles on business and human rights. 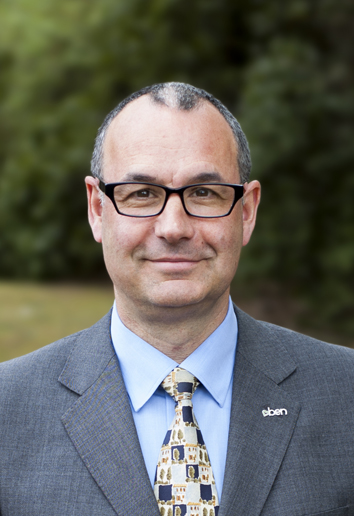 Automotive charity BEN has appointed Nigel Rothband to the newly created role of chief operating officer. In a career spanning more than 35 years, Rothband has had extensive experience in the retail industry and latterly the charity sector.

Starting out as a teenage shelf stacker at the local Co-op, he then joined British Home Stores (BHS) as a management trainee. “Having worked in 11 stores in 11 years, I left BHS to take on a field role with Top Shop, which covered 25 stores in the London area,” he says. A 14-year career with Top Shop then ensued, culminating in the role of retail director at Arcadia Group. “From there I began work with the late Anita Roddick as retail managing director at The Body Shop,” he explains. “She was a huge influence on my career and the combination of using my commercial skills to lead a charity while making a difference was a huge incentive.”

Rothband moved into the charity sector in 2003 as CEO of Retail Trust. His new role has been created “to help shape the future of BEN and reinforce its bond with everyone involved in the automotive industry,” he explains. “With the team, I aim to grow BEN’s services and strengthen the fund’s financial position. The creation of this new role is the next stage in our strategic development.