Carruthers has an established track record of building and growing retail financial services companies over the last two decades, and was founder and CEO of Interactive Investor.

Carruthers says: “We are challenging the misconception that you can either make a market return on your investment, or you can invest in companies seeking to deliver social or environmental impact. We want to impress on retail investors and the whole investment community that this is not the case – impact investing can deliver a healthy return.”

The Social Stock Exchange currently has 12 admitted members with a combined market capitalisation of over £500m. 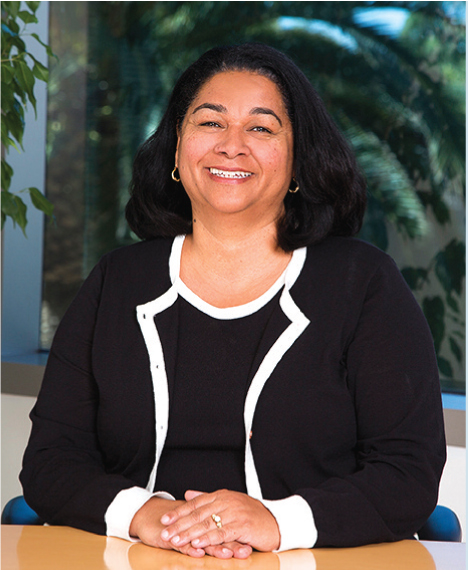 Cecily Joseph has been appointed vice-president, corporate responsibility, at computer security firm Symantec. In this new role, she will continue her work in leading Symantec’s global CR and sustainability department, and will now also take on the management of Symantec’s diversity and inclusion programme.

After law school, Joseph started work as a corporate attorney. While working in an in-house legal capacity for a software company, she started a private foundation for the company and then took on the role of running the foundation and charitable grants programme.

“Over the years, I have had the opportunity to broaden the scope of my responsibilities in CR/sustainability by adding areas such as community and stakeholder engagement, reporting, ethics, environmental responsibility and most recently diversity and inclusion,” she says.

“I was first drawn to this work because I realised that by looking at our business through the CR/sustainability lens I could bring a unique value to the companies I worked for in helping them to address issues and opportunities in ways they never thought about before.”

Joseph says that CR/sustainability has been “elevated” at Symantec. “It is now integrated into our strategy and values in a new and more intentional way,” she explains.

“I look forward to helping to shape programmes and initiatives which challenge the company and our stakeholders to think differently about the way we approach important issues. I also look forward to being innovative with how we address diversity and inclusion so that we develop leading practices to make our global workforce more engaged and competitive.” 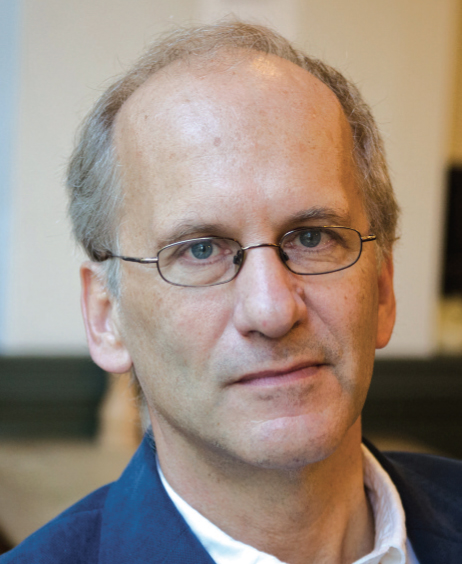 Jamie Hartzell has been appointed board chairman at Divine Chocolate, the leading Fairtrade company co-owned by cocoa farmers. Hartzell is a social entrepreneur with more than 25 years’ experience of starting and building new businesses. He founded and ran the Ethical Property Company and, more recently, the positive investment marketplace Ethex.

Hartzell’s first job was as an assistant film editor at the BBC natural history unit.

“Although the path from film maker to property developer, through financial services to chair of Divine seems an unlikely one, there is one common thread – the desire to create a more just world,” he explains. “My films were on environmental and development issues, my property company provides affordable office space for charities and the finance is for social enterprises only. Divine brings it altogether really.”

Hartzell first travelled to Peru in 1980, where he experienced global inequality first hand. “This set me the lifelong challenge of how I could help address this huge problem. Soon after, Fairtrade came along.”

While Hartzell says Divine Chocolate has already reshaped the UK chocolate market, he believes there is still much more that can be done. “Let’s hope I can do something to further that journey.” 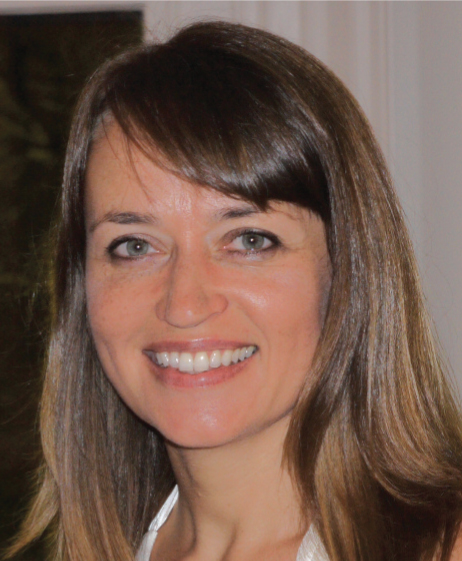 Eileen Donnelly has joined PZ Cussons (manufacturer of brands such as Imperial Leather) as its new director of sustainability and communications. Prior to her appointment, Donnelly was interim head of corporate responsibility at UK retailer John Lewis.

Her first role was as a marketing executive at Market Tiers, a broadcast PR consultancy, specialising in the creation and distribution of content. “I spent two years in a handful of agencies before moving into the not-for-profit sector, utilising my marketing and communications skills to raise money from large corporates.”

Donnelly then moved out of the charity sector into the corporate world to pursue a career in sustainability, becoming the global sustainability manager for the Virgin Group.

“At Virgin, I successfully created and directed an appropriate and flexible response to a global superbrand’s sustainability challenges across sectors as diverse as space travel, mobile telephony, tourism, finance and healthcare,” she explains.

Head of sustainability roles at Anglian Water and the John Lewis Partnership followed. At PZ Cussons, she is aiming to “support the business in developing effective communications and a robust sustainability strategy across its various territories”. 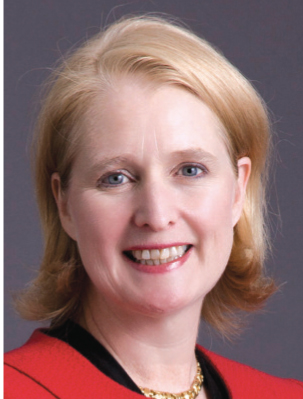 Alison Ward is the new CEO of CottonConnect. Previously an independent sustainability consultant, Ward has also worked for Kraft Foods and Cadbury. 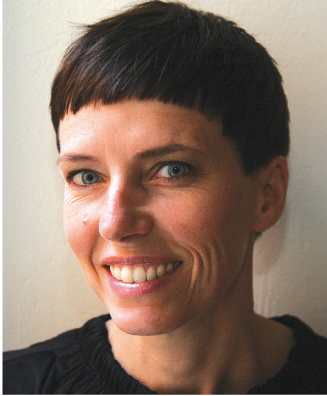 Prof John Crawford has joined Rothamsted Research to lead the institute’s delivering sustainable systems strategic programme, which is funded by the Biotechnology and Biological Sciences Research Council. Prior to this, Crawford held the inaugural Judith and David Coffey chair in sustainable agriculture at the faculty of agriculture and the environment at the University of Sydney. He was also head of sustainability and complex systems, in the Charles Perkins Centre at the University of Sydney.

Construction group Skanska USA has promoted Elizabeth Heider to the new position of chief sustainability officer. Heider has been with Skanska for 12 years, primarily as senior vice-president for green markets with Skanska USA Building. She founded Skanska’s National Green Council. 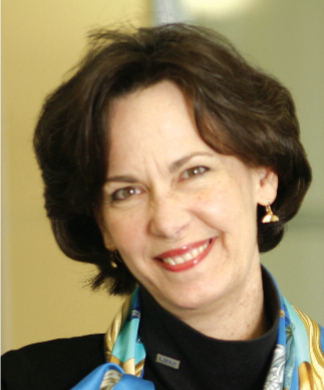 Véronique Subileau has joined French sustainable transport firm Transdev as CSR director. She was previously director for strategy and organisation in the HR department at Caisse des Dépôts.

Anthony Hobley has been named as the new CEO of investment-focused environmental thinktank Carbon Tracker Initiative. Hobley is a partner at law firm Norton Rose Fulbright, and global head of its sustainability and climate change practice. In addition to his legal career, he has been involved in establishing and leading a number of industry associations, including the Climate Markets and Investment Association, of which he is the current president.

William Heller has been appointed as the new CEO of UK renewable energy company Tamar Energy. He was previously chief executive of Falck Renewables Wind. 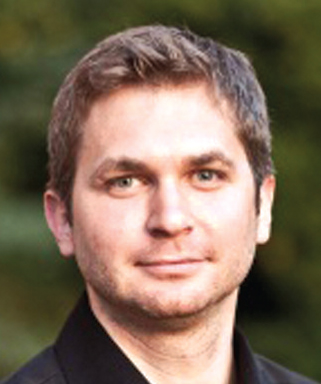 The Scottish Environment Protection Agency has made four appointments to its board: Michelle Francis, Dr Jackie Hyland, Nick Martin and Trisha McAuley.

The World Child & Youth Forum has changed its name to Global Child Forum and strengthened its leadership team. Inger Ashing joins as executive director. She was previously deputy head of the government agency Swedish National Board for Youth Affairs and serves as chairman of the board of Save the Children Sweden.

Magdalena Kettis has joined as research director. She was previously head of ownership risk at Norges Bank Investment Management, manager of the Norwegian government pension fund. An independent international organisation, Global Child Forum is committed to advancing children’s rights by engaging business, governments, civil society, academia and other leaders to shape global and regional agendas for multistakeholder cooperation in support of the UN Convention on the Rights of the Child. 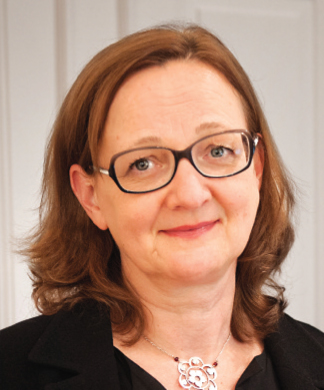 Louise Ward is the new director of investor relations at renewable energy investment firm Low Carbon. Prior to this she was with 17Capital.

Rupert Coull has joined central European finance provider Syntaxis Capital. Coull will take on central responsibility for all elements of the firm’s environmental, social and governance (ESG) principles. Most recently, Coull ran a large private equity portfolio at a pension fund that placed a premium on ESG.

Stephen Trotter is the new director for England at the Wildlife Trusts. He joins from Warwickshire Wildlife Trust, where he has been chief executive for four years.

With thanks to Miriam Heale, Allen & York.