Paul Polman, CEO of Unilever, has been appointed as the new chairman of the World Business Council for Sustainable Development.The WBCSD is a CEO-led organisation of companies that work to encourage the global business community to create a sustainable future for business, society and the environment. The council helps drive debate and policy change in favour of sustainable development solutions and provides a forum for its 200 member companies (who represent all business sectors, all continents and a combined revenue of more than $7tn) to share best practices on sustainable development issues and to develop tools that change the status quo.

Polman is a member of the International Business Council of the World Economic Forum and serves on the board of the UN Global Compact. He is also on the board of the Consumer Goods Forum and is a director of the Swiss American Chamber of Commerce. Last year, he was invited to serve on the high-level panel looking at the Post-2015 Millennium Development Goals and previously acted as co-chairman of the B20 group of companies reporting to the G20 on food security.

Toyne chairs the constructing excellence sustainability taskforce and the Green Construction Board’s ‘greening the industry’ carbon group. Appointed by the London Mayor, he is a London sustainable development commissioner.

“I started out as an international conservation officer with WWF-UK, supporting and managing conservation programmes for the Siberian Tiger in the Russian Far East and great apes in Africa,” recalls Toyne. He then undertook academic scientific work (including environmental impact assessments in South America).

Toyne’s diverse background includes working for the WWF on international development and sustainable trade; being global sustainability director at WSP; and head of sustainability at Bovis Lend Lease UK. He has also had advisory roles with national and local government and lecturing posts at a number of universities.

“By providing sustainable infrastructure (energy and transport networks, industrial factories, schools, hospitals, property) we can reduce the consumption impacts of an increasingly urbanised growing population,” explains Toyne. “That can make a big impact on the health of the planet and our communities.”

At Balfour Beatty, he wants to integrate and embed the principles of sustainable development into everything the company does and “to demonstrate the impact of our work as a positive contributor to people’s quality of life through designing and building essential infrastructure”. 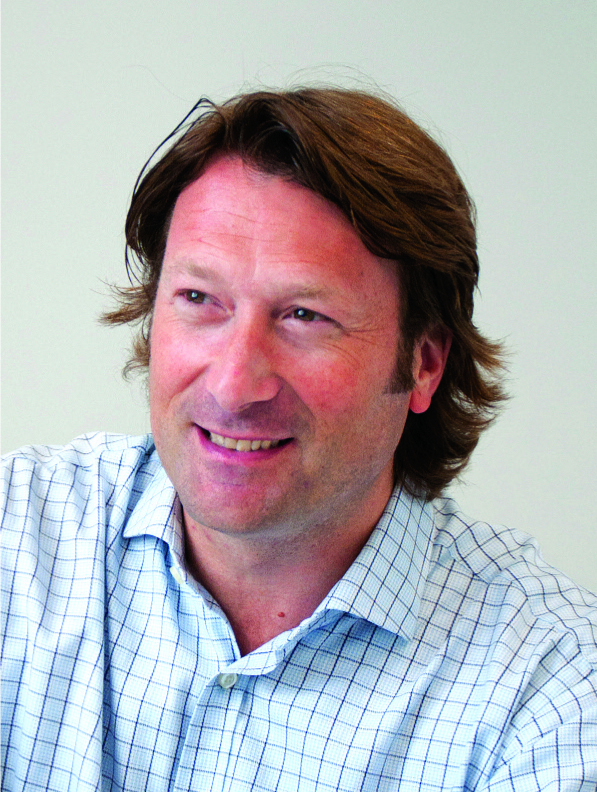 “When I was at the medical school, I was asked to represent the school on the advisory committee for environmental management (ACEM),” Chapman says. “The committee made a series of recommendations to the provost. Our recommendations were accepted and implemented, the main one being to adopt five environmental principles to guide the university.”

Other approved recommendations were to create a green fund – setting aside one million dollars to be loaned out to Yale affiliates who were interested in doing pilot projects that improved Yale’s environmental performance – and hiring a director of sustainability. “Working on ACEM, I got to know a number of people with similar concerns about the environment at Yale,” she says.

Chapman was then asked to chair the committee that was charged with creating sustainable design requirements. “The requirements we created were accepted and incorporated into the Yale University design standards, which was momentous because it changed how we were required to approach the design and construction of buildings at Yale,” she recalls.

Her new role will be to ensure the office of sustainability can provide leadership and resources to help facilitate a more sustainable institution. “Our goal is to incorporate sustainability into everyday behaviour; how we work, teach, learn, study and live at Yale.”

UK charity the Soil Association has elected Dennis Overton as its new chair of trustees. Based near Inverness in northern Scotland, Overton has served on the Soil Association council of trustees since 2006 and was elected as vice-chair in 2012.  He is also chair of Aquascot, a Scottish sustainable seafood business; chair of the board of Ikirezi, a Rwandan community interest company which is now Africa’s largest producer of organic geranium oils; and is also a founding board member of Scotland Food and Drink. Overton was recently named the Institute of Directors’ 2013 director of the year for leadership in corporate responsibility.

“Having studied agriculture at Aberdeen University, my first job on graduating in 1983 was to set up my first business, Highlands and Islands Livestock, an alternative to the auction system for store sheep and cattle,” says Overton.

Overton was first drawn to this sector after deciding in 1997 to devise an organic standard for the farming of Scottish salmon. He is looking forward to his new role at the Soil Association. “For me, the soil is where it all begins. My family’s involvement with crofting in the north highlands has taught me this connection with the earth is incredibly important.”

He is now looking to “play a wise leadership role in helping the fantastic Soil Association community of staff, farmers, processors and customers realise the potential released from healthy soil, plants, animals and people”. 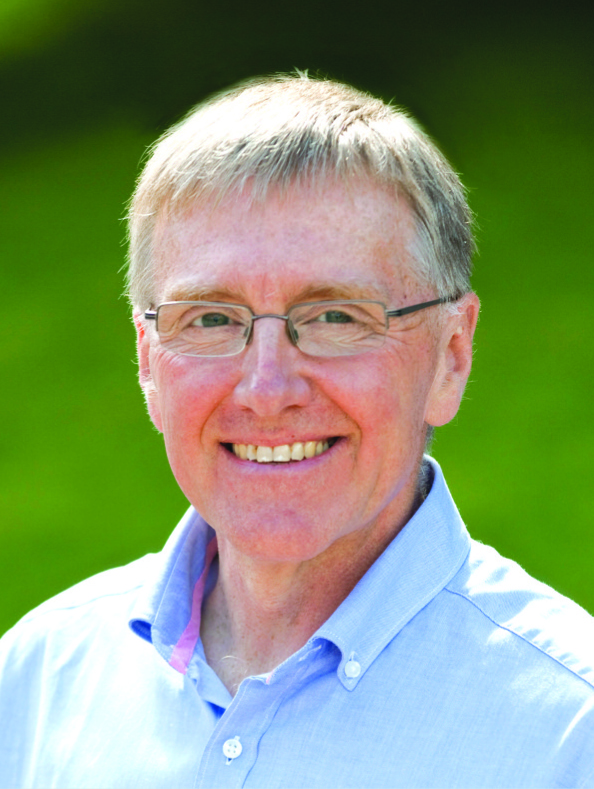 Dr Stephen Wyatt is to join the Offshore Renewable Energy (ORE) Catapult, the Glasgow-based innovation centre established by the UK government’s technology strategy board to accelerate the growth and cost reduction of offshore wind, wave and tidal technologies. Wyatt, who will be strategy director, was previously director of innovation at the Carbon Trust, where he played a key part in writing the business plan and strategy for ORE Catapult.

Sir Anthony Cleaver has been announced as the next chairman of the Natural Environment Research Council. He will succeed Ed Wallis on January 1 2014. Sir Anthony is currently president of the Caithness and North Sutherland Regeneration Partnership. He has held a number of chair appointments, including chair of the Medical Research Council and the UK Atomic Energy Authority.

International sustainability consultancy Two Tomorrows has appointed three senior sustainability consultants. Tracy Oates and Olivia Bertham both join the firm as directors, while Harman Singh joins as a senior consultant. Oates was most recently at Bureau Veritas. Prior to being a senior lecturer in environmental management, Bertham held positions with Deloitte and Arthur Andersen. Singh joins from Sedex Global.

Martin Schoenberg has joined environmental asset management and advisory group Climate Change Capital’s advisory team as head of policy. Schoenberg previously worked for the German federal ministry for the environment, Nature Conservation and Nuclear Safety focusing on the European Council. Prior to that he worked for the UN Framework Convention on Climate Change, supporting the international climate negotiations. 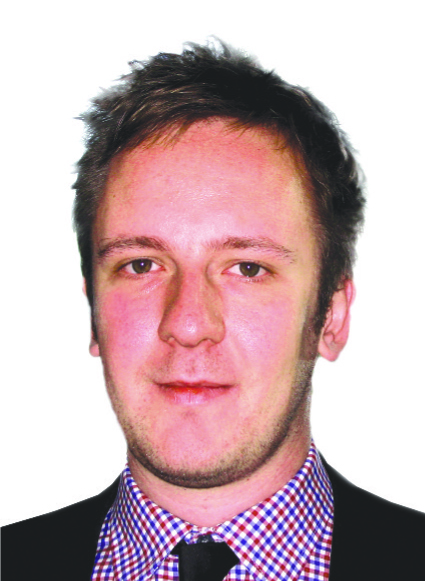 The Global Reporting Initiative has announced the appointment of new members on its board of directors: Alexandra Watson, Eric Hespenheide, Manfred Warda, Pavan Sukhdev, Roberto de Ocampo and Roberto Waack. They will each serve terms to December 2016.

Thomas Burke has been nominated by Barack Obama, US president, to lead the Environmental Protection Agency’s office of research and development as assistant administrator. The appointment was announced in November and requires confirmation by the US Senate. Burke is the associate dean for public health practice and training at the Johns Hopkins Bloomberg school of public health. 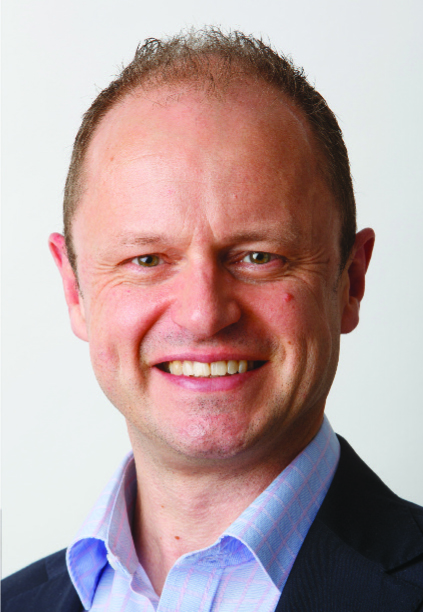 Janet Morgan has joined the not-for-profit Restore the Earth Foundation as president and chief executive officer. Morgan is the former president of CSRwire, the corporate social responsibility and sustainability newswire.

3sun Group, a UK-based specialist provider of products and services to the global energy industry, has appointed Andrew Elmes as renewables director. Elmes was previously based in Sydney with Tenix Infrastructure.