The fourth industrial revolution will create lots of new jobs, but the retraining challenge for governments and companies will be immense

Job losses are undoubtedly one side of the AI coin, but AI has the potential to create jobs, too – lots of them. Indeed, it’s already doing so. According to the Royal Society, 58,000 data science jobs are being created every year in the UK alone, and it’s difficult to find qualified people to fill them.

Bruce Klafter is vice president, CSR at Flex, the hi-tech manufacturing company that is introducing automation in Nike’s supply chain. He says: “If we don’t create a workforce with enough skills, we’ll all be scrambling for qualified staff.” So, rather than struggling to support people replaced by robots, we may be struggling to find people with the skills to manage them.

Whether such jobs will be on offer to Asian factory workers at risk of redundancy-by-robot is a moot point, of course. Klafter acknowledges that some disruption is possible, but insists that, when automation is under way in Flex’s own factories, “We always look at the social impact, along with manufacturing savings, and try to ensure our model allows for the costs of redeployment, retraining and upskilling”, and even “anxiety costs” among the workforce.

Right now, he insists, the problem is more one of a labour shortage than a surplus, at least in Flex’s operating areas. “Even in a place like China, where you might assume the workforce is virtually unlimited, it can be hard to find factory workers. Many young people want other types of jobs.”

It’s not just Chinese factories that are suffering a shortage of workers. Take agriculture, where fruit and vegetables are being left to rot for lack of pickers across the developed world (a phenomenon that threatens to become acute in the UK post-Brexit). Cue the rise of start-ups like Abundant Robotics, whose robot picker tech has attracted investment from a wide range of VC funds. 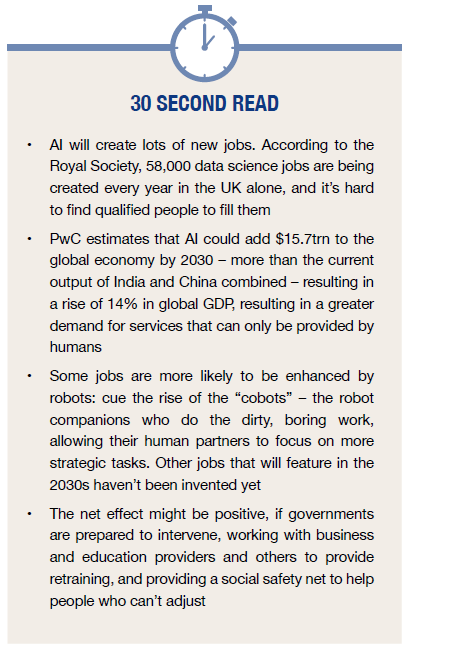 Looking ahead, trends such as the circular economy could boost employment prospects, too, Klafter says. “If we’re redesigning process flows, recapturing a lot more material, undertaking more refurbishment, more re-use – all that could have a beneficial effect on jobs … Think about Apple’s aim to manufacture its products entirely from reused material. Think about the amount of stuff required to make its 200 million devices or so annually. That will create a tremendous amount of jobs – harvesting the raw material, refurbishing it, upgrading.” Such trends could provide healthier alternatives to present employment patterns, where you have “impoverished people tearing apart old equipment in a thoroughly unsafe manner”.

Those of us who have witnessed poorly paid workers sifting through hazardous waste in an Asian “recycling” plant, or seen the ship breaking yards in Bangladesh, might argue that automation couldn’t come soon enough. Always assuming, of course, that there is alternative work – and the workforce is trained to do it. 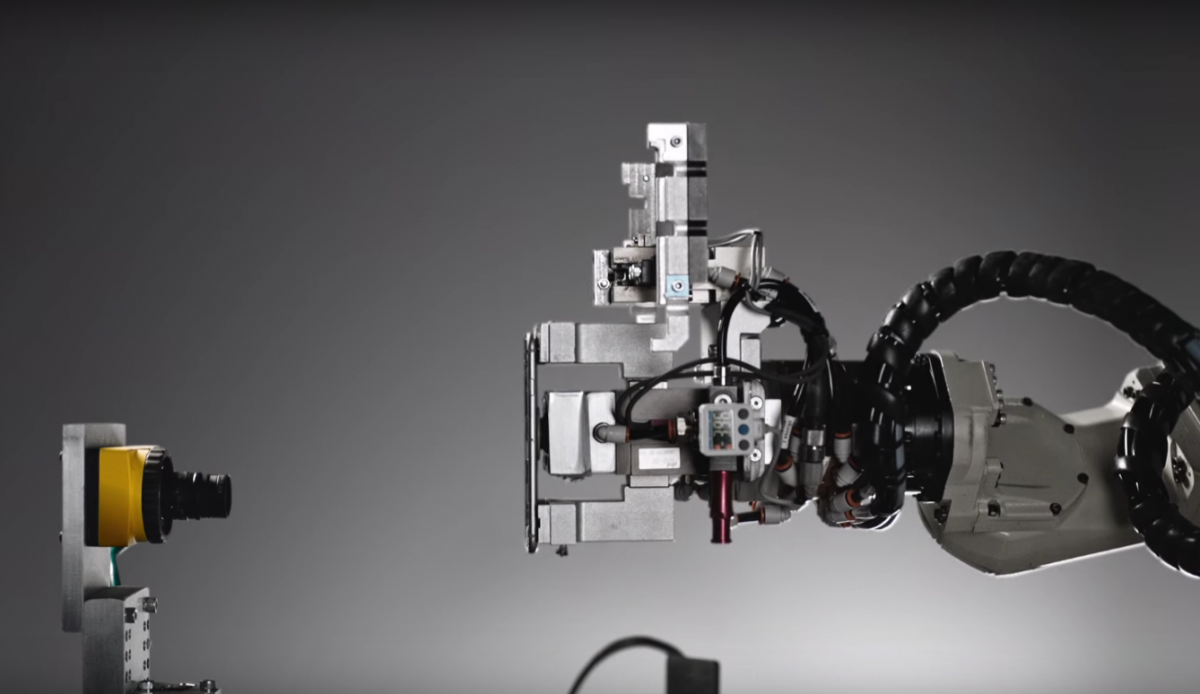 Apple is using robots to recycle its products, but human jobs will be created too (credit: Apple)

The retraining challenge will be immense, but if society is to avoid the turbulence that goes with mass unemployment, it’s an essential one to crack. History teaches us the consequences of such turbulence: the rise of fascism coincided with the depression of the 1920s, while on a milder level, the election of Trump was in part rooted in the anger of the rustbelt. Trade unions are at the forefront of calls to cushion AI’s impact on jobs. Sharan Burrow, general secretary of the International Trade Union Confederation, is quick to deny any hint of a Luddite tendency: “We’re not frightened of the technology; we think it can bring major benefits.” But, she insists, “We need a just transition for workers and their communities”. For older workers facing early retirement, that means securing decent pensions; for younger ones “providing the necessary skills and retraining – and some income support if needed during a transition period”.

Even in China, where you might assume the workforce is virtually unlimited, it can be hard to find factory workers. Many young people want other types of jobs

For the most part, this is a challenge yet to be embraced. “Very few companies are undertaking the total reskilling required for a digital age,” observes Brunswick’s Lucy Parker. Honourable exceptions include Aviva and AT&T, which has made “a massive commitment to retraining, saying very clearly that we don’t have the skills for tomorrow.”

Many of those skills – or at least the jobs they embody - don’t even have names yet, says PwC’s chief economist, John Hawksworth. “If, back in the 1980s, when I was leaving university, someone had told me they were going to be a web designer, I wouldn’t have known what on Earth they were talking about because that job didn’t exist.” Similarly, he says, we might reasonably expect the 2030s to feature whole swathes of jobs yet to be invented. 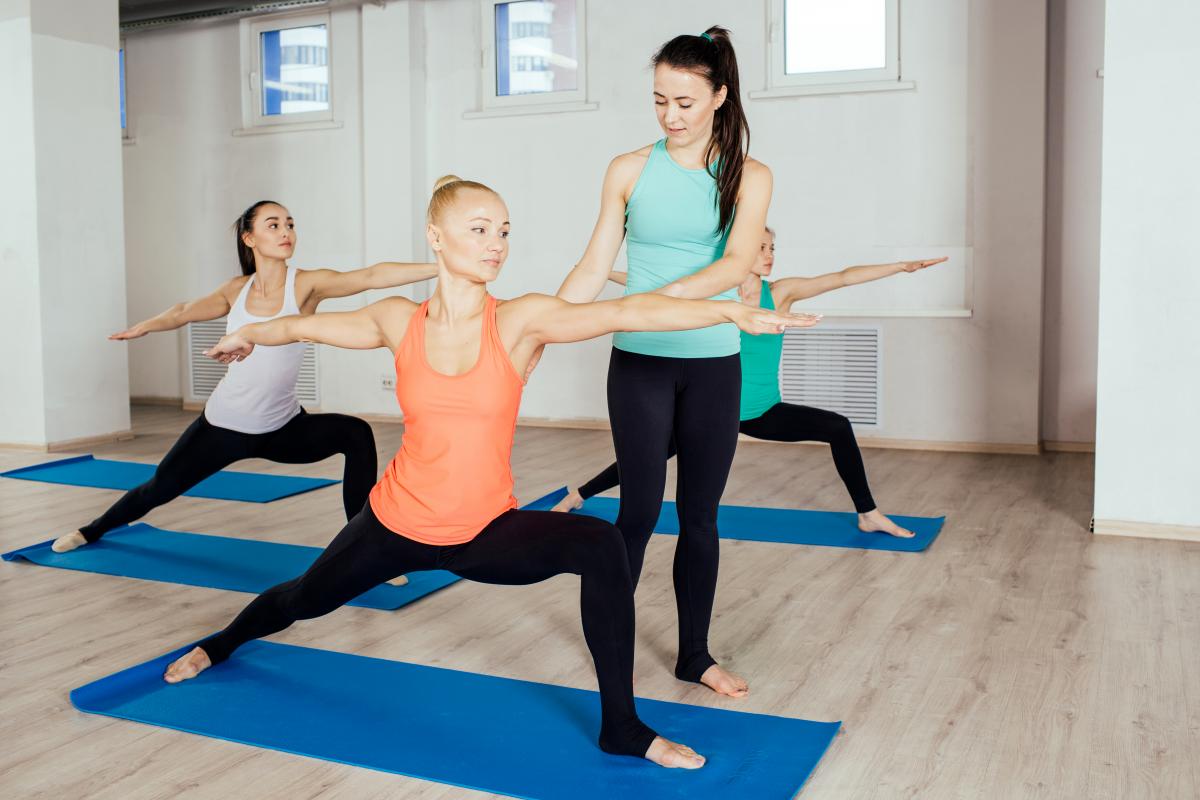 There will be a growing appetite for services such as yoga teachers (Credit: Presslab/Shutterstock Inc.)

And it’s not just tech jobs that this latest industrial revolution could create. One of the less trumpeted consequences of AI is its potential to boost productivity and economic growth. PwC estimates that AI could add $15.7trn to the global economy by 2030 – more than the current output of India and China combined – resulting in an increase of 14% in global GDP. This in turn will help create a demand for all kinds of goods and services, some of which can only be supplied by humans. Hawksworth envisages a growing appetite for “non-tradeable services” – yoga teachers, elderly carers, “and everything in between”.

Meanwhile, some jobs are more likely to be enhanced by robots than destroyed by them: cue the rise of the “cobots” – the robot companions who do the dirty, boring work, allowing their human partner to focus on more strategic tasks.

We’re not frightened of the technology; we think it can bring major benefits. But we need a just transition for workers and their communities

So will the net effect be positive? For most experts, the answer would seem to be “yes, but….” Hawksworth sees a parallel with the first industrial revolution at the start of the 19th century. “If you were a skilled hand loom weaver, you were quite right to worry about your personal livelihood. The fact that, further down the line, the textile factories generated huge incomes for society and led to all sorts of new jobs of various kinds, that there were lots of winners and average incomes went up – that wasn’t much compensation for you if your lifetime career was adversely affected.”

The difference this time, he says, is that governments are “much larger and more interventionist. So there is a role for them, working with business and education providers and others, to try to spin the process through with training, and with an enhanced social safety net of some kind, to help people who can’t adjust.” And if AI does indeed deliver the promised economic dividend, with the concomitant rise in the tax take, then the government might just be able to afford to fund it all.

Brand Watch: Rise of the robots as companies turn to AI...
Brand Watch: In the face of war, companies need to both...
Brand Watch: ’Tis the season to use recycled plastics...
‘Europe’s ‘right to repair’ regulation should b...
comments powered by Disqus