It’s no secret that fashion industry supply chains have created millions of jobs for women in many poor regions of the world. Some of those women have decent work, leading to dignified and empowered lives. Unfortunately, it is also no secret that millions of workers making our clothes face abuse in murky global supply chains. Intense high street competition and demands of shareholders for short-term returns drive unscrupulous purchasing practices seeking the “cheapest needle” and rapid delivery.

Apparel brands too often turn a blind eye to human and labour rights violations faced by garment workers, from forced labour and sexual exploitation to poor wages and denial of the rights to freedom of association and collective bargaining.

A ground-breaking new tool for corporate transparency has recently been added to the movement’s arsenal by our allies, the Open Apparel Registry (OAR), to help eliminate this abuse. It is a free and interactive map of garment facilities across the globe, and shows which organisations are affiliated with each facility. The OAR compiles and makes accessible data and information disclosed from multiple sources, including by brands, retailers, multi-stakeholder initiatives, manufacturers and government databases.

The OAR was developed by Azavea, a geospatial software firm and certified B Corporation based in Philadelphia, and was funded by C&A Foundation. Azavea has extensive experience in developing and maintaining open source projects and will support the creation of new features on the OAR over the next two years.

The Business & Human Rights Resource Centre (BHRRC) and our partners seek to increase corporate transparency to highlight leading companies and laggards, and to hold companies to account when things go wrong. To this end, technology and open data have proved to be powerful tools.

Our researchers, based in 20 countries across the globe, have amassed an enormous amount of data on over 8,000 companies. We analyse the data to reward leading companies, and heighten reputation risk for laggards, especially in rankings such as the Corporate Human Rights Benchmark, with Aviva and others, and Know The Chain.

The OAR will bring huge benefits to the work of our diverse and global movement – from concerned companies, to investors, civil society and governments. It allows us to appreciate the complexity and breadth of supply chains. It also allows us to track back the abuse reported in apparel factories to ensure brands are informed of violations, and are taking action: due diligence to end abuse, and remedy for those harmed.

Earlier this year, the OAR enabled us to quickly respond to the dismissal of over 1,000 garment workers for striking over payment of benefits in Cambodia. We were able to swiftly reach out to brands sourcing from the factory, identified through the OAR, asking for their response and plan of action. Two brands responded and launched investigations. Through pressure from many quarters, including brand interventions, the majority of workers were reinstated.

The OAR has also allowed us to take up cases involving widespread abuse across multiple garment factories. In Bangladesh, a crackdown in response to nationwide wage protests has seen almost 12,000 workers sacked and dozens arrested. The protests, which were met with deadly police violence, were over changes to the national minimum wage, which was recently increased to 8,000 Tk (£74) per month; barely half of what experts say constitutes a living wage, something labour groups and unions had been calling for. The repression is ongoing, yet the OAR has allowed us to continue to identify brands to encourage or cajole as developments unfold.

The welcome sea-change among brands to publish lists of their supplier factories will strengthen the impact of tools such as the OAR. According to Fashion Revolution, which runs the Fashion Transparency Index, 180 brands are now disclosing at least some of the facilities producing their clothing around the world. This is in stark contrast to the five brands it found doing so in 2016.

Despite welcome progress amongst leaders, the vast majority of brands have barely begun to build transparency in their supply chains

Responding to increased demands from millennial consumers wanting to know who is making their clothes and where, many leading brands are increasing transparency of their supply chains and disclosing beyond their “Tier 1” suppliers. Adidas, H&M, Next, Nike and Marks & Spencer are just a handful of brands publishing all, or some of, their Tier 2 (processing facilities) supplier lists, while brands such as Asos and Esprit are publishing supplier information across all tiers, from manufacturing through to raw materials.

These brands have all signed on to the Transparency Pledge, which signals apparel and footwear companies’ commitment towards greater transparency in their manufacturing supply chain.

Despite this welcome progress amongst leaders, the vast majority of brands have barely begun to build transparency in their supply chains. And while greater transparency is a pre-condition for improved working conditions in supply chains, it does not guarantee respect for workers’ rights. 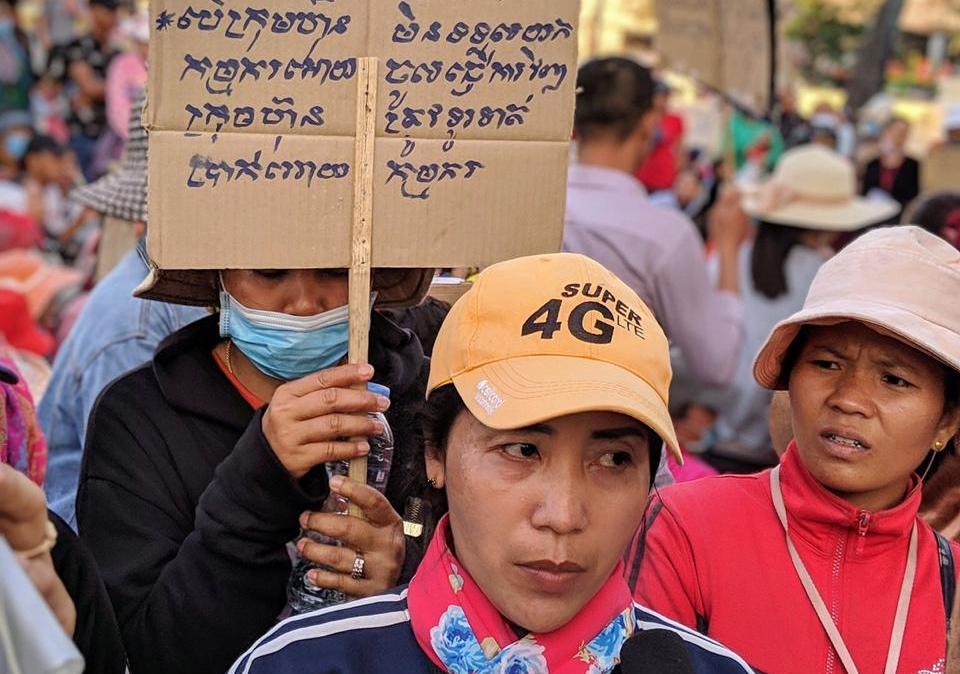 The OAR enabled a quick response to 1,000 striking garment worker dismissals in Cambodia.
(Credit: Cambodia Center for Alliance of Labor and Human Rights)

However, the laggards may soon find themselves with little choice but to open up. Governments – faced with the collapse of public trust in global markets – are increasingly enacting measures for mandatory transparency and due diligence, such as France’s Duty of Vigilance Law and the UK and Australia’s Modern Slavery Acts.

New and innovative tools such as the OAR will help all of us in our broad movement to achieve international human rights standards and the Sustainable Development Goals throughout global apparel supply chains.

Phil Bloomer is executive director of the Business & Human Rights Resource Centre and Alysha Khambay is labour researcher at BHRRC.

Brand Watch 1: One step forward, three back in fashion ...
Nicole Rycroft: ‘We can’t protect 30% of nature if ...
Mining firms ‘failing to get to grips with worsening ...
Fashion 'slow to act on ocean plastic pollution fr...
comments powered by Disqus