Some companies are automating without cutting jobs; others are retraining their entire workforces. Stuart Buckman looks at emerging best practice

Many firms say staff are their greatest asset.  But will this hold in the brave new world of AI?

In its recent The Future of Sustainable Business report, the NGO BSR cited AI and automation as key drivers of disruptive change in the workplace in the future, and said companies should take measures now to mitigate their impact.

Susan Winterberg, BSR’s associate director for inclusive economy, said: “The main one [recommendation from the report] is early notification.  A lot of the challenges and problems that people face when they are laid off from work have to do with having a period of unemployment because savings levels are so low.”

Help from companies to ease disruption in the workplace will be crucial, she said. “Companies are in the driver’s seat on controlling that, especially in countries where there isn’t a lot of regulation around layoffs and dismissals, like in the United States.”

But handling even these known unknowns is fraught, Winterberg says. “This is not an easy topic for a lot of companies to talk about. They may be doing things but because the topic itself is so sensitive sometimes you learn about it after the fact.” 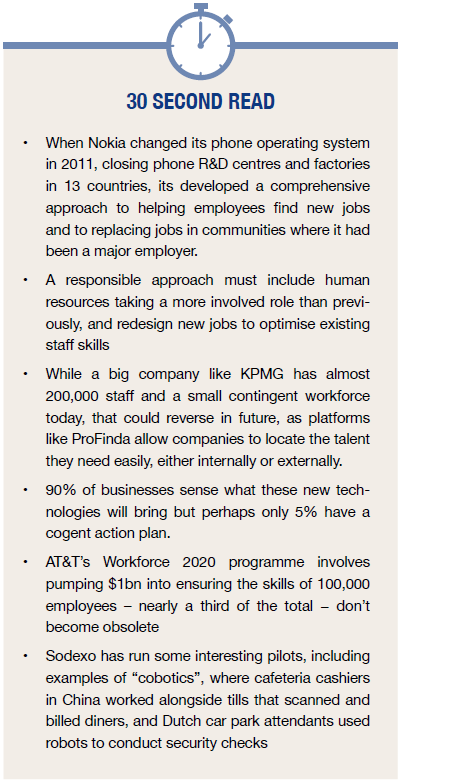 She added: “There are two things we have to remember about businesses: they are both the creators of these technologies and they are also the primary implementers.  So, they are very central to everything that has to happen here.  Any approach that doesn’t bring business to the centreof it probably will not be very successful, but at the same time there does need to be a balanced stakeholder approach.”

As a model, she points to the major transition programme carried out by Nokia in 2011, when it changed its phone operating system to Microsoft Windows, closing phone R&D centres and factories in 13 countries, with layoffs that would eventually affect 18,000 employees.

The company developed a "Bridge" programme, a comprehensive approach to helping employees find new jobs and to replacing jobs in communities where Nokia had been a major employer.

Tim Page, author of a TUC discussion document on AI, is optimistic that, managed responsibly by government, unions and society, AI will create jobs and prosperity. He says unions should play a full part in shaping an AI mission for the UK, creating good jobs and connecting people with society. The report points out that there’s less fear about job losses in Germany, where unions are more active, though it acknowledges that workforce participation in the UK is among the weakest in Europe.

Monideepa Tarafdar, professor of information systems at Lancaster University, has been considering the role of human resources in managing the disruption caused by automation. She says a responsible approach must include human resources taking a more involved role than previously, and redesign new jobs to optimise existing staff skills. She says it’s a steep learning curve for the whole company, but leading businesses are grasping the nettle.

So how are companies preparing their workforces for this new reality?

Roger Gorman is CEO and co-founder of ProFinda, a digital platform launched in 2011 that helps companies optimise the expertise and resources in their workforces. The platform keeps track not only of a company’s internal talent pool, but contractors and alumni, too. ProFinda’s clients and strategic partnerships include professional services firms such as PwC, KPMG and Accenture and Thomson Reuters Elite.

Gorman points out that the automation of repetitive work means that even large operations will require relatively few permanent staff in future. While a big partnership like, say, KPMG, has almost 200,000 staff and a small contingent workforce today, Gorman thinks that could reverse in future, as platforms like his allow companies to locate the talent they need easily, either internally or externally.

Gorman estimates that 90% of businesses sense what these new technologies will bring but perhaps only 5% have a cogent action plan.

Infosys, the Indian global IT company, has about 200,000 employees, hiring up to 30,000 a year. It develops innovative automation solutions for clients, including UCAS in the UK and Telestra.

“Since what we are training them for will be automated or made redundant, the first thing we teach them is design thinking and about finding the next problem to solve,” Dadlani said. “The second thing is around automation and artificial intelligence, so that they are capable and fully enabled to automate the next thing they are going to learn.”

A massive re-training operation is also under way at the US telecoms behemoth AT&T.  Fortune, which placed the company on its 2017 best employers list, gave kudos for perhaps the most ambitious programme in US business history. Workforce 2020 involves pumping $1bn into ensuring the skills of 100,000 employees –nearly a third of the total − don’t become obsolete. It also aims to change the mindset of long-serving staff.  The Harvard Business Review called it an unprecedented gambit and enormous human resources challenge.

Different factors are at play for a company like Danone. Its new Evian brand bottling plant, which replaced a facility that has been there since 1965, employs about 15% of the population around its Alpine source. The carbon-neutral facility, which opened last September, included multiple upgrades, boosting annual production from 1.5 to 2 billion bottles. 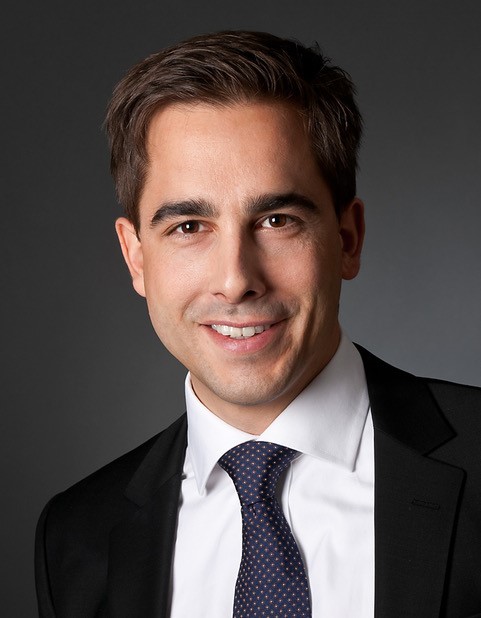 But instead of laying off workers, the headcount actually rose: by 200 to 1200 employees. About half the jobs have changed and workers were reskilled: for example, forklift truck drivers became technicians monitoring shuttles remotely.  Experience still counts: 35% of the workforce are over the age of 50.

Evian paved the way for the changes with weekly staff discussions and 28 union consultations, which Evian says were all favourably received.  It helped build trust that for 25 years Evian has participated in a symbiotic public-private partnership with local municipalities to protect the locality and the water’s source. It also contracted 90 local companies in the construction process.

Job impact may be hard to predict but Microsoft expects that AI will change the company’s relationship with its clients.  Microsoft Germany’s director of manufacturing businesses, Sebastian Seutter, said Microsoft wouldn’t be just delivering projects and signing them off. In future it will offer “mega solutions”:  planning, installation, operation, analysis and maintenance.  A project with Tetra Pak is now into its fourth year.

Seutter’s experience with clients is that automation isn’t about shedding staff. “The majority of companies don’t go down that path.   Some might say this is not efficient but the majority say ‘we want to ensure that with a given workforce we can do more’.  That’s the paramount scene we see.”

Accordingly, staffing impact is considered at the earliest stages.  Another client that Microsoft Germany is helping to digitise manufactures bottling equipment in a factory similar to Evian’s. “Obviously automation … will have an impact on the shop floor,” Seutter says. “However, if you think that this will just reduce [staff numbers], that’s not the case.  What will happen is that you will shift your employees.”

In fact, Seutter says headcounts often rise during technology transition periods, which can be long-term.  This bottling company is recruiting 120 people to analyse the benefits of the new operation. The experience of existing staff still remains valuable.

Sectors where the human touch is paramount, like healthcare, catering and cleaning, will be slower to be affected by AI, but they also face profound change.

Sylvia Metayer, of the Sodexo’s group executive committee, says 50% or more of its current jobs could change or disappear.  The French company has a global workforce of nearly 450,000 and, she says, the service sector is growing, especially in the western world.

She says it’s too early to predict numbers of redundancies. Metayer said Sodexo has launched a human resources workforce initiative on the skills and profiles it will need under different scenarios, with disruption ranging up to 100% “depending on how fast it goes, because we don’t know.” 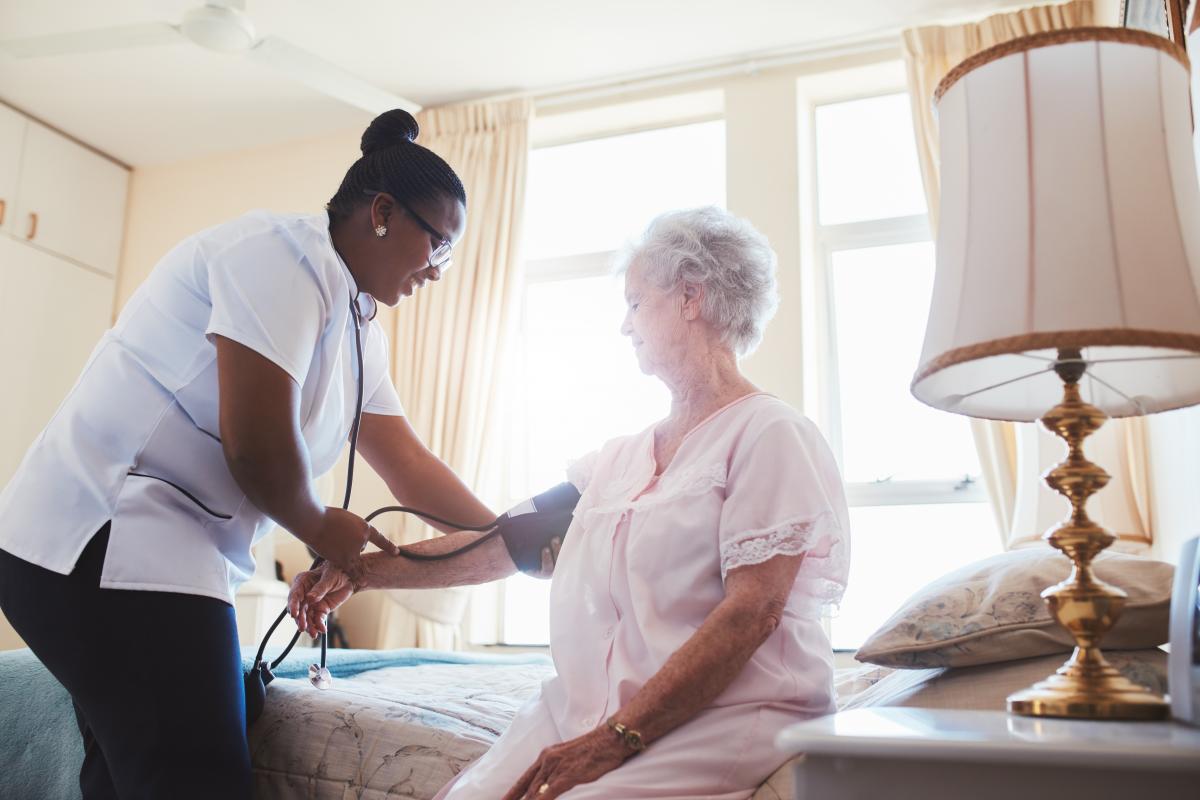 Nursing is a sector that will be slow to feel effect of AI (credit: Jacob Lund/Shutterstock Inc)

“What keeps me awake at night is that …. everything leads us to believe the changes and the disruption are going to come at an incredibly fast pace …. So, it’s a matter of urgency that we seize the opportunity to mitigate the challenges,” she says.

Sodexo has run some interesting pilots, including examples of “cobotics”, where cafeteria cashiers in China worked alongside tills that scanned and billed diners. She remembers one cashier looked askance. “She said ‘when these machines are all in place, who is going to remember that Mr Chen is somebody who likes to be said ‘hello’ to?’  And I said, ‘Well, you are.’  The essence of the service that you provide is not to punch in the numbers.”

Metayer said car park attendants in the Netherlands had welcomed the introduction of robots to conduct security checks, while in Poland, roofers could concentrate on skilled work and clients’ needs while drones conducted potentially hazardous routine inspections.

Metayer thinks automating basic services, like office cleaning, might require that staff be more literate. Sensors will detect when offices need servicing and download to cleaners’ tablets when the time to do so is convenient for the offices’ occupants. Such innovation benefits everyone, she said.