Long overshadowed by land conservation concerns, the condition of the world’s oceans is finally moving into the spotlight. At the World Conservation Congress in Hawaii in September the International Union for the Conservation of Nature (IUCN) passed a motion calling for internationally binding legislation to safeguard the high seas, and set a goal of protecting 30% of marine areas by 2030.

“An international process has been launched to create a new legally binding instrument for the governance of the high seas,” said François Simard, deputy director and senior adviser for fisheries at IUCN’s global marine and polar programme. He added that the negotiations to change the United Nations Convention on the Law of the Sea would take up to two years. “IUCN, leveraging its status as UN observer, is part of the negotiations and has worked to promote frameworks some countries have adopted as their own negotiating positions.”

Almost two-thirds of the oceans across the globe lie outside the jurisdiction of countries. While about 15% of land area is under some form of protection, less than 4% of the ocean is protected, notes IUCN. Marine biologist Dr Greg Stone, executive vice-president of Conservation International, observed in a recent newspaper interview that measures to protect the oceans “are about 100 years behind land conservation”.

Plastic continues to be the major pollutant of the world’s oceans
Image Credit: Rich Carey

US President Obama drew praise from delegates for announcing the expansion of Hawaii’s Papahanaumokuakea Marine National Monument from 140,000 square miles to 580,000 square miles, providing critical protections for more than 7,000 marine species, making it the largest protected marine area in the world.

Plastic continues to be the major pollutant of the world’s oceans. A 2015 study estimated that approximately 8 million metric tons of plastic waste travels from land into oceans annually. Because plastic can absorb toxic chemicals from other sources of pollution and does not break down, it poisons the water and the animals that mistake it for food.

Growing evidence about the scope and severity of the impact of marine plastics prompted detailed discussions at IUCN’s conference. All types of plastics, including microplastics, are not only on the ocean surface, but in the water column and on the sea floor, Simard says. They cause ecological havoc including acting as vectors for invasive species and pathogens, harming the marine animals that eat them. Countries are starting to respond on their own. France, for example, recently banned plastic cutlery and plates.

IUCN already is involved with initiatives aimed at meeting the 2030 goal of protecting 30% of marine environments, Simard notes. Projects include a programme to protect marine areas in the outermost regions and overseas countries and territories of the EU, territories that cover an area of 4.4 million km². These territories together comprise the largest marine domain in the world, and are located from tropical to polar latitudes.

In an effort to promote local involvement in marine conservation, IUCN is asking communities and organisations to nominate Hope Spots, which they describe as “marine areas critical to the health of the ocean and deserving special protection”. Mission Blue is an initiative committed to raising public support for Hope Spots. Fourteen new ocean Hope Spots were announced at this year’s IUCN conference, including Hatteras in North Carolina and Malpelo, off the coast of Colombia. There are 76 Hope Spots worldwide, including Moreton Bay Marine Park in Australia, the glass sponge reefs of Hecate Strait and Queen Charlotte Sound in Canada and the Jardines de la Reina in Cuba. 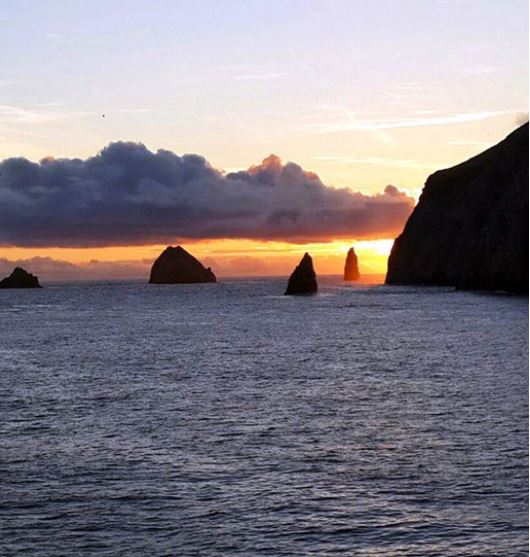 Malpelo, off the coast of Colombia, has been designated a Hope Spot
Image Credit: JDMACARENOQ

The IUCN also released an extensive review of the impact of ocean warming. “Ocean warming may well turn out to be the greatest hidden challenge of our generation,” the report notes. Featuring work by 80 scientists from 12 countries, Explaining Ocean Warming cites scientific evidence of ocean warming’s negative effects on all manner of marine life and the consequences for humans.

To encourage more businesses to get involved with conservation on both land and sea, the IUCN endorsed the Natural Capital Protocol, the newly created framework designed to help businesses measure and incorporate natural capital into their decision-making. “This is a way for us to talk through these issues with our suppliers and the communities who work and live around our concessions to help them do the same,” says Aida Greenbury, managing director of sustainability for Asia Pulp & Paper Group.

IUCN has more than 1,300 members worldwide, including 217 state and government agencies, 1,066 NGOs, and networks of more than 16,000 experts worldwide from more than 160 countries.

Regenerative agriculture seen as answer to averting Afr...
Policy Watch: As climate change hits home, it’s time ...
Slim Pickens and wooden water pipes: Tales from a U.S. ...
‘Ethical Corporation has been a beacon of light in a ...
comments powered by Disqus