'Investors and companies are fiddling while forests burn’

New reports from Forest 500 and CDP point to a big gap between rhetoric and action when it comes to addressing escalating forest loss. Mark Hillsdon and Terry Slavin report

From the rise of green bonds and sustainable finance, to consumer pressure forcing companies to look at compliance along their entire supply chain, in theory at least, it’s never been easier to invest in a company, confident that it is deforestation-free.

The reality, however, is somewhat different, with hundreds of the world’s largest companies – and the institutions that finance them – failing to take the lead on disclosure of their environmental impacts.

Last September, as a response to the Amazon fires, 230 institutional investors representing $16.2tn in assets called on global companies to take urgent action. “As investors, who have a fiduciary duty to act in the best long-term interests of our beneficiaries, we recognise the crucial role that tropical forests play in tackling climate change, protecting biodiversity and ensuring ecosystem services … and see the reduction of deforestation as a key solution to managing these risks and contributing to efficient and sustainable financial markets in the longer term,” ran the statement.

The financial institutions were pushing the companies in which they invest, from retailers to commodity traders, to come clean on deforestation and ramp up their commitments. Fine words but also words unmatched by similar fine deeds, according to a new report from Global Canopy.

The Forest 500 annual report seeks to hold to account 350 companies that produce, trade, use or sell the largest amounts of six key commodities – palm oil, soy, beef, leather, timber, and pulp and paper – as well as the 150 biggest institutions that finance them.

The report ranks the strength and implementation of their commitments on deforestation based on publicly available information. Yet of the 14 financial companies that signed the Amazon fires statement, and which were also assessed in Forest 500, seven had no public policy on deforestation. 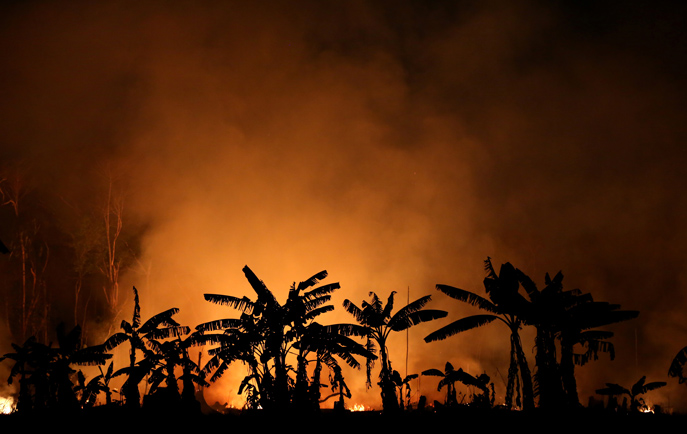 As a response to the Amazon fires, 230 institutional investors have called for action. (Credit: Bruno Kelly/Reuters)

In total, the report showed that 102 (68%) of the financial institutions that were assessed had no deforestation policies, among them four of the world’s five biggest asset managers, BlackRock, Vanguard, State Street and Fidelity Investments, with a combined $17.6tn of assets under management.

In other words, says the report’s author Sarah Rogerson, most of the financial institutions that fund the Forest 500 companies don’t publicly recognise that their investments may drive deforestation and so contribute to climate change.

“It’s still surprising that there’s so many big companies out there making claims on sustainability” but not following through, she says. “We have BlackRock, who are a huge stakeholder in many large companies, making statements on climate change and yet scored only four out of 100 in our assessment.”

The original statement was drafted by non-profit organisations the Principles for Responsible Investment (PRI) and Ceres, with many of the signatories also part of the Investor Initiative for Sustainable Forests (IISF), which is working to eliminate deforestation from soy and cattle supply chains.

PRI’s chief executive Fiona Reynolds is frustrated that many signatories have failed to get their own houses in order. “I'm not pretending it’s easy ... but we can't on the one hand be saying one thing and [then] acting the other way."

She says a key aim of the statement was to show companies what they should be reporting on, what good looks like in compliance, even how to define deforestation.

“We're not really seeing the change in practice that we would like and we're not really seeing some of these things happen with the urgency that they deserve,” she says. “Investors are engaging with companies, but it does take a long time and it takes a lot of commitment to bring about change.” 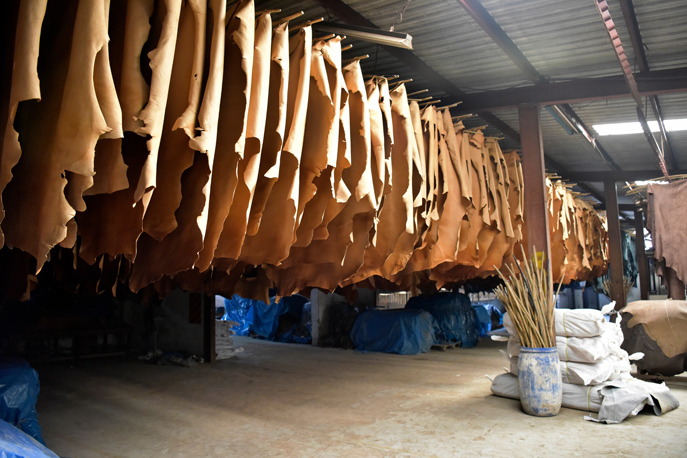 The Forest 500 report holds companies to account in commodities such as leather. (Credit: Sk Hasan Ali/Shutterstock)

Companies now have more tools with which to deal with investors’ requests for information on deforestation, including satellite monitoring, Reynolds says.

“Once the investors do know, then it is absolutely crucial that they use all the tools that they have available to them... to drive change and make sure the company is working to eliminate deforestation from their operations.”

One of the ways investors track deforestation risk is through CDP, which invites companies to report on their risk in the four forest commodities of palm oil, soy, beef and timber products every year, and scores them A to F based on their response. It is a different approach to Forest 500, which uses only publicly available information in its grading.

“We have seen a very exciting increase in investor awareness [about deforestation and biodiversity] in the last 12-18 months, with investors coming to us and asking: ‘what should we be asking our portfolio companies, what action should we be incentivising?’,” says Morgan Gillespy, global director of forests at CDP.

Unfortunately, such interest is not matched by corporates. In 2019, only 542 of 1,823 companies responded to CDP’s invitation to report on deforestation risk, a far poorer response rate than for climate and water, the other two risk areas that CDP tracks, Gillespy said. 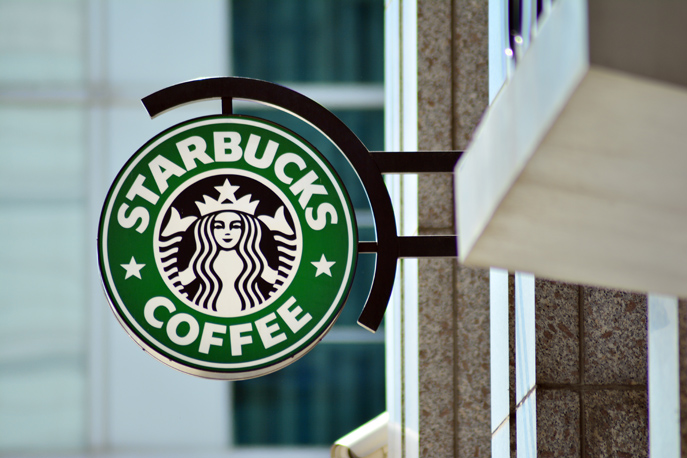 Starbucks was one of the poorest performers in CDP’s deforestation risk assessment. (Credit: Grand Warszawski/Shutterstock)

“Companies are still struggling with awareness of how deforestation risk materialises in their business,” says Gillespy.

According to CDP’s No Wood for the Trees report last year, corporate disclosure is greatest in palm oil, but lags for cattle and soy, although the impact of the latter two commodities on deforestation is greater, with cattle 400 times and soybean oil 8.2 times more land-intensive than palm oil.

McDonald’s, Starbucks and Sumitomo Rubber were some of the poorest performers in CDP’s latest assessment. All got Ds across the board in each category of palm oil, cattle, soy and timber. (Forest 500 gave McDonald’s 47% and Starbucks 25% but did not score Sumitomo Rubber)

Gillespy said companies achieved a D if they simply answered every question, a C if they showed early-stage awareness of risk, a B if they were managing those risks, and an A if they could demonstrate leadership.

With 70% of companies not reporting, it feels unfair to call out one or two of them. It’s a problem for the whole sector.

And some simply choose not to report, including Nestlé, which was third-highest scorer in the Forest 500 assessment at 70%, and Procter & Gamble, which achieved 55% in Forest 500. Another non-reporter was privately held IKEA, which scored 48% on Forest 500.

“With 70% of companies not reporting, sometimes it feels unfair to call out one or two of them,” Gillespy said. “It’s a problem for the whole sector.”

But she said investor pressure to come clean on deforestation risk is building, particularly in the run-up to the biodiversity COP in Kunming, China, in October, with BNP Paribas and Axa Investment Managers among those institutions showing greatest interest. 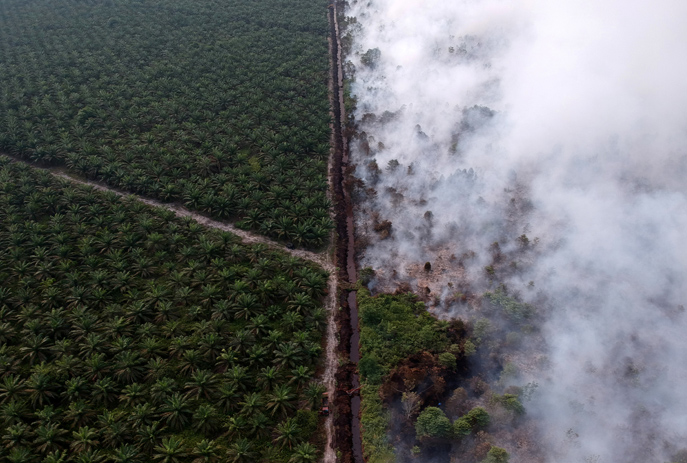 And while investors have until now focused on deforestation risk in soy, palm oil and beef unsustainable levels of timber extraction could become of increasing concern as energy companies turn to biomass as a substitute for fossil fuels to meet zero-emissions commitments, with biomass already the biggest source of renewable energy in the EU.

“Drax in the UK has been a leader in using biomass as a waste product of timber [as a substitute for coal] but what happens [to forests] if everyone takes this approach?” Gillespy asks.

Until now deforestation risk has been treated separately from climate risk by NGOs, companies and within the UN climate negotiation process, she said, but in the run-up to COP26 in Glasgow “the coming together of the emissions discussion and the deforestation discussions are going to have to happen”.

This article is part of our in-depth Deforestation briefing. See also:

Tendrils of hope amid huge setbacks for sustainable soy in Brazil

Is FSC worth the paper it’s printed on?

‘It’s not enough to cut CO2 emissions. The natural systems that sustain life are on the critical list’

Can business bridge the yawning gap in finance for natu...
How deforestation risk continues to be blind spot for b...
ESG: The investment world’s troubled teen is forced t...
Calls grow for companies to disclose nature impacts in ...
comments powered by Disqus