We recently conducted a study reviewing carbon emissions disclosure in FTSE 350 year-end reports for 2017 and 2018. What became glaringly obvious is that companies need to raise the bar when it comes to disclosures around carbon emissions.

Current disclosure is not fit for purpose and in many cases appears to be a box-ticking exercise that is not integral to the way management teams run their business. Disclosures by the UK’s largest companies suggest huge levels of unexplained volatility in carbon emissions. What’s more, this volatility does not appear to be linked to operations, which casts huge doubt on its credibility and utility for analysing businesses’ performance over time in carbon efficiency.

We decided to undertake this research for a number of reasons. Listed companies have been required to report on carbon emissions for some time, but a new piece of legislation will require many non-listed companies to report, too, meaning thousands of new companies will be subject to reporting under a similar regime from next year.

Despite what some companies might think, producing meaningful disclosures is not easy. We wanted to highlight the issue ahead of the new requirements and encourage boards and management teams to direct efforts into producing meaningful information, with a focus on substance rather than just form.

More broadly, the clamour for action to counter climate change is gathering real momentum, and building carbon emissions measurements, where material, into corporate reporting is key to meeting national obligations under the Paris Agreement. With the UK government committed to a net-zero-carbon future, and investors increasingly focused on reducing their exposure to carbon-intensive companies, the importance of this sort of data is set to increase both from the perspectives of its preparers and users.

Businesses will not be able to manage their carbon footprints effectively until measurement is properly embedded in their business reporting, in the same way that costs and revenues are today. For investors, companies’ annual reports lack the explanation of year-on-year changes in carbon emissions to meet their growing need to properly understand environmental exposure. 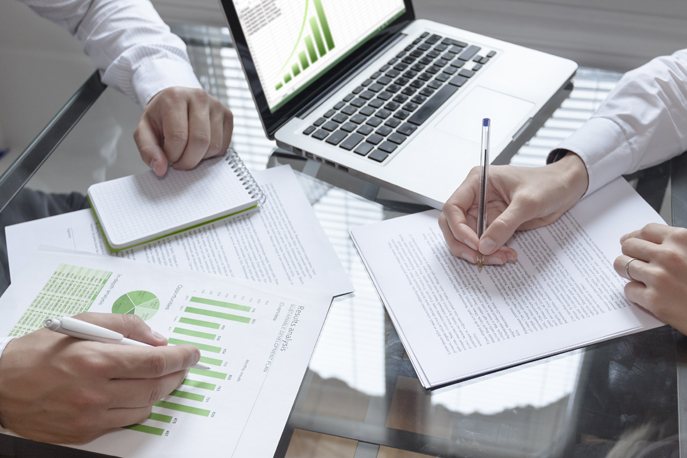 For preparers, in the simplest cases, overall figures will allow companies to understand their energy costs and make evident the potential savings. In the future, they could potentially help them reduce taxes or permit costs. For those companies where carbon emissions are more significant to the business model, management should be aiming toward a model where the data is detailed enough to allow understanding of carbon emissions both overall, and by product or service.

Ideally, they would provide sufficient granularity to be able to analyse carbon emissions on a similar basis to costs. This would allow management to understand fixed and variable components and to predict how emissions would change as business output varied, develop internal targets and produce forecasts in a similar manner to profit. To do this, capture of carbon information, like costs, should be an intrinsic part of management information systems.

For quoted companies there is an already large and increasing number of investors and funds which invest, at least to some extent, on the basis of ESG information. While these ethical funds are still in the minority, they are seeing increasing demand and importance. Of the E and S in ESG, the environmental, and within that the carbon information, is probably the single most visible element (as evidenced by Larry Fink’s letter to investors). There are, broadly, two ways for funds to use carbon information. They can present a measure of exposure to carbon emissions to clients in order to market the fund as “green” (which requires standard information capable of aggregation for the entire portfolio) and they can consider the risks to companies’ businesses from carbon exposure. This latter requires a deeper understanding of a smaller group of companies, allowing analysts to model risks and opportunities and understand how the company affects the environment, and vice versa.

While we can’t conclude that any particular company is at fault, what we found overall doesn’t inspire confidence

Similar considerations apply to intermediaries such as banks, which increasingly have to report on client portfolio exposure to their own investors and potentially regulators. At present the banks do not have the data to allow this analysis in respect of smaller company lending, but the increase in data from the new regulations may, over time, encourage them to devote more resource to this and add more pressure to reduce carbon footprints.

The scope 1 and 2 information required by the legislation should be the easiest to source. Sadly that doesn’t appear to be as easy as it might seem. As we said at the beginning, when we looked at the figures produced by the FTSE 350, we found that the data wasn’t what we would have expected for mature and well-integrated reporting. There was a large number of quite substantial restatements, big changes from year to year even before those restatements, and little or no explanation of changes. While we can’t conclude from this that any particular company is at fault, what we found overall doesn’t inspire confidence and we would be concerned about relying on these data overall to make investment decisions. We know our concerns about this are shared by at least some investors, though we’d bear in mind that investment decisions aren’t made on a single issue. 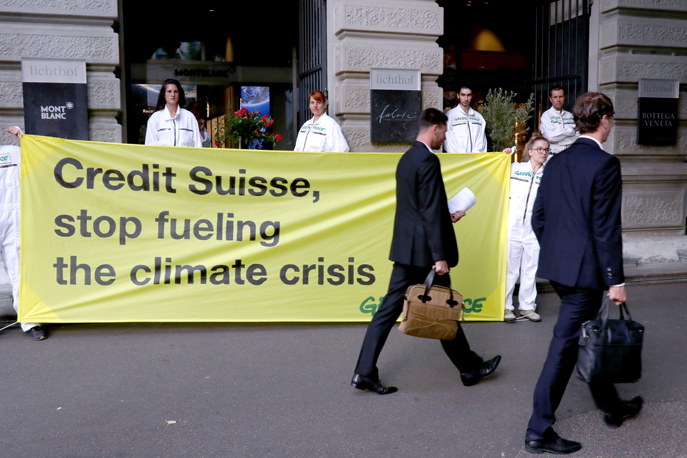 Intermediaries such as banks will increasingly have to report on client portfolio exposure. (Credit: Arnd Wiegmann/Reuters)

All this data is, of course, backward looking. This is also a criticism of financial accounting. Rather than the much-used analogy of driving a car with the windscreen blacked out, however, we, and financial markets in general, regard historical data as a near-obligatory requirement for forecasting the future. As for financial data, historic non-financial data are a prerequisite for understanding the value of a company. They are not, though, in either case, sufficient on their own. Users, both financial and other, need to be able to produce reasonable forecasts and understand the risks and trade-offs associated with these.

Recent months have seen a growing consensus in favour of adopting the Task Force on Climate-related Disclosure’s (TCFD) recommendations. These recognise existing measures but try to look forward to effects of changing environment on companies, both in terms of the direct effect of changing climate and the effects of regulations endeavouring to prevent this.

The TCFD’s recommendations also call for companies to consider three things: the effects of a range of scenarios for climate change on their business and strategy, their response thereto, and to look at the business’ sensitivity to changes in these. To put it bluntly, this is difficult even for large well-resourced companies. As the now former governor of the Bank of England, Mark Carney, noted in a recent speech in Tokyo on standard disclosures, some care needs to be taken before deciding what is mandatory and for whom. The issues with data highlighted in our report only emphasise the importance of building future standards on solid foundations.

Can business bridge the yawning gap in finance for natu...
Brand Watch: Rise of the robots as companies turn to AI...
ESG Watch: ‘Writing is on the wall’ for U.S. firms ...
Can business deliver after a COP where brands moved to ...
comments powered by Disqus