Essay: Past, Present and Future: The Road to a Sustainable Agri-sector

The palm oil sector is on the verge of important structural change, but it’s still a long way from true sustainability

Thick clouds of smoke, a suffocating heat. Forests, lush and green, bustling with all types of life, reduced to burned land and ashes. In Indonesia, in the 1997/1998 fires, approximately 10 million hectares of rainforest, an area the size of Switzerland, were affected. The regional economic costs of the fires were estimated at $9bn.

These fires were set deliberately, by palm oil estates to clear land for rapid and cheap expansion of their plantations, and to hide timber poaching and land theft. Significant air pollution, loss of biodiversity (especially threatening to the habitat of the orangutan), land grabbing, emission of greenhouse gases, degradation of peat lands and the poor position of smallholders are connected to this massive process of deforestation.

In a way, the palm oil estates cannot be blamed. They are players in a game in which the rules favour this highly unsustainable behaviour. Until 1994, the method of “controlled burning” was legal and commonly practiced in Indonesia to clear land for agriculture. The market demands a low price, which is achieved through externalizing the costs as much as possible. And the demand for sustainably sourced palm oil is low. But these fires demanded a response, and change was needed. 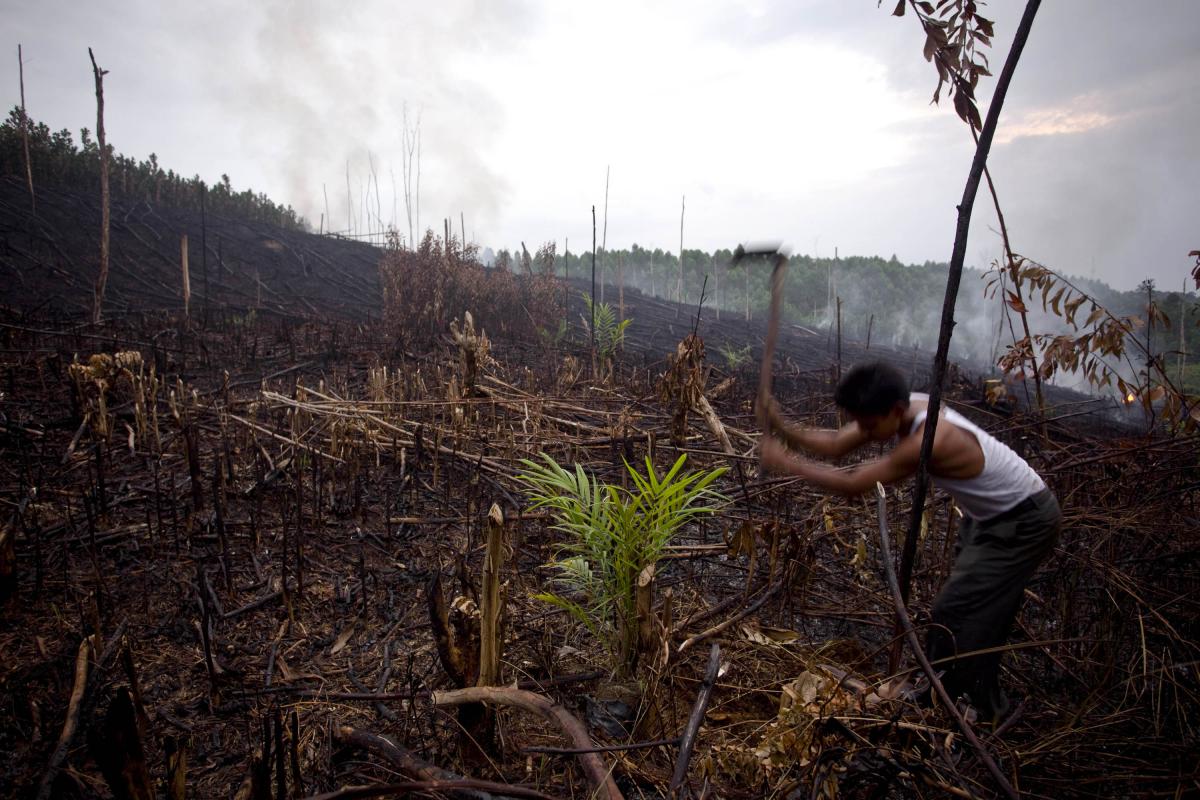 At the end of 1997, the WWF issued the milestone report ‘The Year The World Caught Fire’, calling for political leaders, industrialists, and other stakeholders to work together and find solutions. This finally happened in 2002, when the WWF held a multi-stakeholder meeting in London. The initiative was formalised in 2004 into the Round Table on Sustainable Palm Oil (RSPO).

The RSPO focused on standards and certification as a tool to reach sector sustainability. Interventions on a farm level and in the rest of the value chain were implemented, to change local conditions and assure traceability of sustainably sourced palm oil. RSPO has at present delivered nearly everything it has promised, and 14% of world production has been certified. But the massive forest fires have not disappeared. In March 2014, satellites revealed more than 1,400 significant fire sites, and nearly 50,000 Indonesians were reported to have suffered severe respiratory ailments due to air pollution.

We see this in other agri-sectors as well. A highly undesirable issue threatens the sector, actions are taken, certification is used as the main tool to reach sustainability in the sector, but at the end of the day the problem is not resolved. For example, in the coffee sector, a coffee crisis took place in the early 2000s. Uncontrolled production led to oversupply, which brought prices to an ultimate low and pushed farmers into bankruptcy. The need for sustainably sourced coffee became clear, and in 2004 Sara Lee and Douwe Egberts (nowadays called D.E Master Blenders 1753) were the first to enter into a partnership with a certifying organisation, in this case Utz Kapeh (later UTZ Certified).

The company committed to sourcing an increasing amount of certified coffee, starting with 2,500 tonnes in 2004. In only a few years, Douwe Egberts’s initial volume of 2,500 tonnes of certified coffee per year grew to more than 25,000 tonnes per year. Other roasters made similar commitments, even publicly claiming they would ultimately reach 100% certified volume.

But the ‘’tick-the-box’’ mentality that is ingrained in the standards and certification system does not bring true sector sustainability. Adjusting elements within the system cannot fundamentally change its outcome. A complete revision of the system is needed: a focus on continuous improvement instead of ticking off a sustainability to-do list.

Trying to change the rules of the game singlehandedly is like killing your own business. Key stakeholders from industry, civil society and governments need to join forces for pre-competitive interests, define and agree upon a sustainability strategy for the sector, create the roadmaps towards change and implement it. Simply put in one sentence, but a process that takes years and a lot of hard work.

A sustainable market transformation can be divided into four phases. The first phase is the awareness phase. An alarming issue emerges that is not likely to just go away. Individual projects are set up, mainly by NGOs, but they are not able to combat the problem. 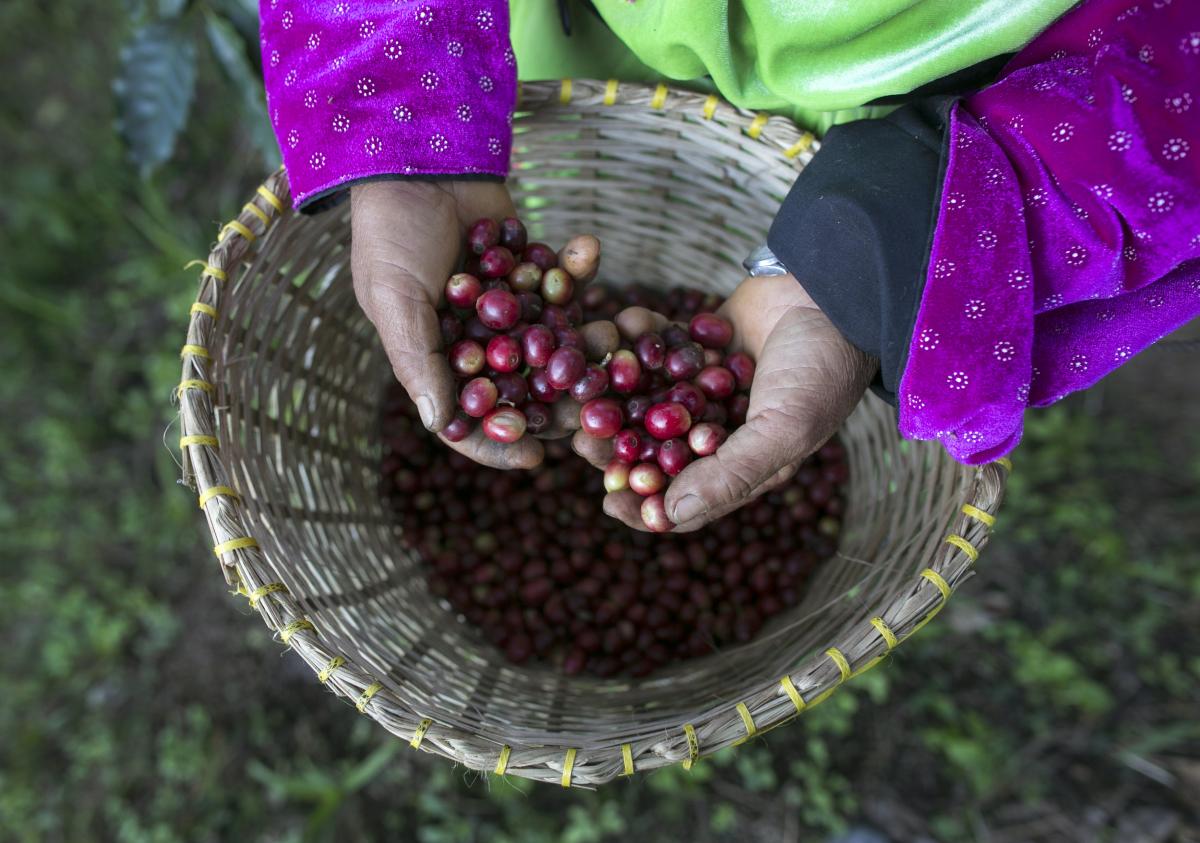 Certification is on the rise in the coffee sector

Then the sector realises that the problem will not go away by itself and collective action is required. First movers start working together and round tables are initiated. Commitments are made and competition is fierce. The palm oil sector and the coffee sector are at the end of this second phase. It is clear that standards and certification, the primary tool to aim for sustainability in the sector, are not fulfilling its promise, and another approach is due.

The third phase is focused on structural change, on changing the rules of the game. Stakeholders work together to tackle pre-competitive obstacles for true sustainability. At the end of this critical mass phase, the institutionalization of sustainability is well on its way. In the final ‘’level playing field’’ phase, sustainability becomes mainstream and institutionalized.

The cocoa sector is at present a frontrunner when it comes to sustainable market transformations in agriculture. Eleven of the biggest companies in cocoa formulated a game-changing strategy called CocoaAction and are currently reaching out to governments, NGOs and standards and certification organizations to align efforts towards a sustainable cocoa sector. My predictions are that the palm oil sector will soon move to this third phase where the importance of standards will be less critical.

More important will be to develop a holistic sector-wide vision on what true sustainability means for the sector and how to get there; to identify the roles, responsibilities and measures of success. The sector should focus more on continuous improvement and make sure there is accountability about moving towards that objective. When that happens, I see sustainability shimmering through the clouds of smoke in the palm oil sector. 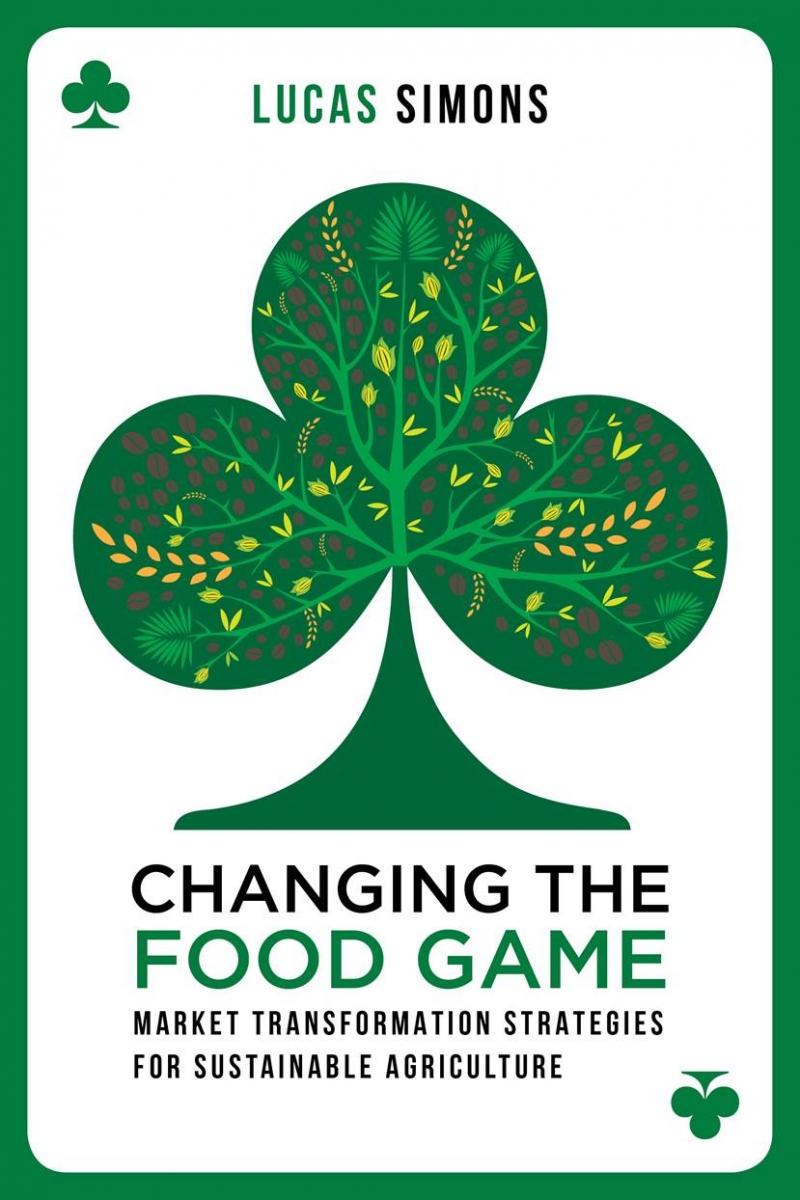 This is an extract from Lucas Simons' Changing the Food Game: Market Transformation Strategies for Sustainable Agriculture

Join us next week as our panelists explore the role of leadership in accelerating #sustainability action. Register… https://t.co/UKlnPMLObS

How can CEOs rise to this challenge and lead their organizations to a more sustainable future? Register for free he… https://t.co/FApcnjz1mC

RT @RRAonLeadership: How can #leadership accelerate #sustainability action and identify and empower the next generation of executives? F… https://t.co/Brz8p9QtVb