In August 2000, the chief executive of the Danish arm of Swedish retailer Ikea launched a marketing campaign around the company’s commitment to diversity. The move blew up into an unexpected political row. The campaign coincided with the Danish National Court’s decision to fine Magasin, a large Danish department store, for prohibiting Muslim headscarves at work. Ikea was perceived as taking sides (in this case with Denmark’s left-wing political parties) in a public debate over immigration, religion and national values. The retailer found itself in a similar storm one year later when the press learned it had held a secular Christmas party. On neither occasion did the chief executive’s protestations of political neutrality hold.

The wider significance of the two vignettes is important. First, because they take the argument around political corporate social responsibility out of a developing world focus, where corporations (for better or worse) step into the governance gaps left by an absent state. What Ikea’s experiences in Denmark shows is that corporate responsibility can become politicised in the west too – usually when companies’ value statements fail to accord with public consensus. Think the Sochi Winter Olympics and the support for gay rights by some of the event’s corporate sponsors.

The key lesson for corporate responsibility practitioners is to be aware just how quickly a shift in socio-political context can politicise your corporate social responsibility programme. In Ikea’s case, global events simply “overruled”. This can have implications for a company’s identity and reputation, the paper goes on to argue. As a company’s responsibility activities become politicised, the argument runs, a firm’s internal values become highly contested by its own staff. Confused employees then begin to question what the company stands for (or should stand for), giving rise to a potential credibility gap externally (what’s referred to as the “identity-image dynamics of political CSR”).

From a research point of view, the addition of the macro-political environment into considerations of how corporate social responsibility identities are shaped is valuable. It extends previous studies that have focused merely on specific external players, such as pressure groups and the media. This line of thinking also challenges institutional-centric understandings of corporate identity. To date, the literature has taken it as read that corporate social responsibility is about “who we are”. But if external criticism makes employees uneasy and liable to challenge the company’s view of itself (as the authors contend), then “who others think we are” becomes a vital consideration too.

Just over half of China’s 1.35 billion population now live in cities – more than double the proportion in 1990. In the next five years, another 85 million will join them. The world’s most populous country has ambitions to house many of these incoming urbanites (85 million is roughly the population of Germany) in new “eco-cities”, replete with green spaces, inter-modal transport and sustainably built homes.

So will it work? Not if the experience of existing eco-cities is anything to go by. The authors focus on three “eco-urban megastructures” – Tianjin Eco-city (much touted), Dongtan Eco-city (abandoned), and Qingdao Eco-park (environmentally compromised) – in an effort to assess the potential of such large-scale urban ecology. China’s central city planners cannot be faulted for their ambition or designs. In the blueprint stage, all the projects were “well conceived”. The problems emerge when the diggers start. In the case of Dongtan, for instance, the location proved unfavourable (an island liable to flooding with no access) and corruption emerged as pervasive. 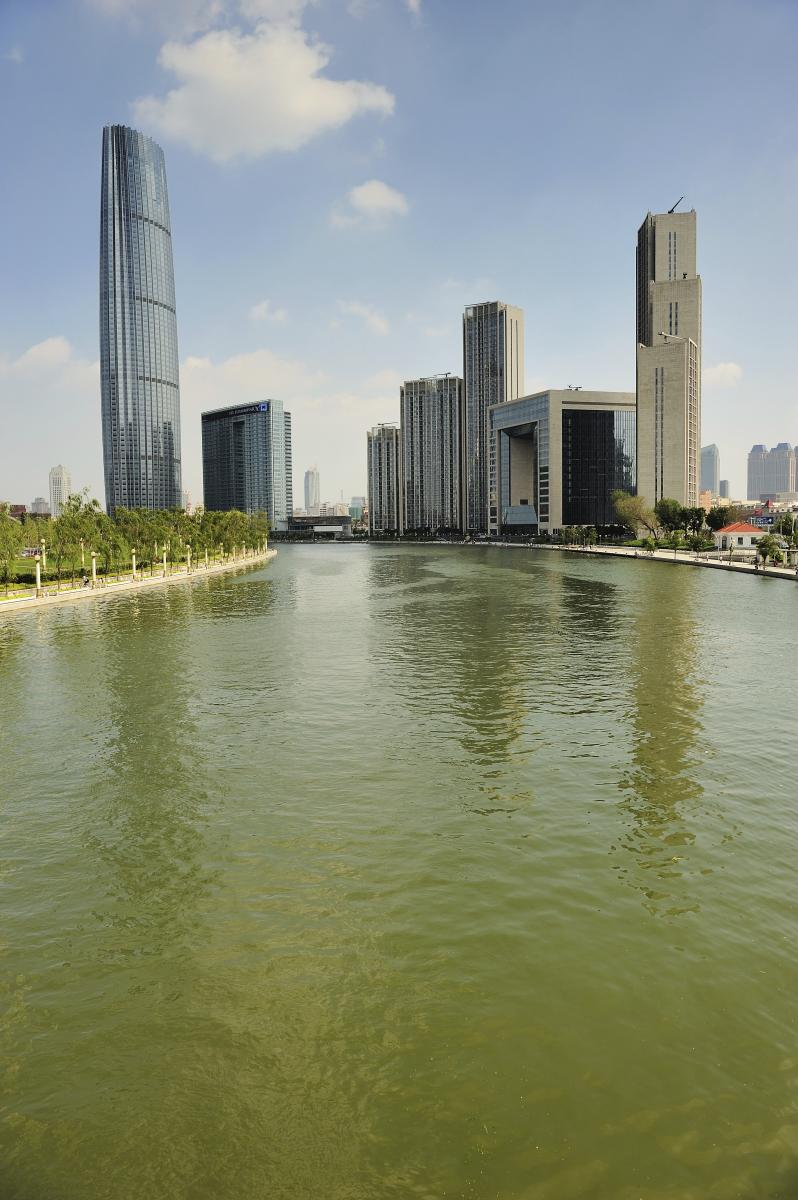 The paper’s primary contribution focuses on the wider political and bureaucratic system that governs the implementation of large-scale infrastructure projects in China. Laws and dictats are issued from central government, yet the eco-city experiments reveal that the command-and-control structures are far more nuanced than is habitually understood. China’s regional sustainability efforts need to be understood in a “pyramidal prism”, the authors argue. Laws are left intentionally vague, to be interpreted at each layer of governance (province, city, town, locality, village). To complicate matters, central ministries cannot legally mandate provinces to adopt particular approaches to implementation. As a system, this “creates mistrust between each layer of governance”, giving rise to a “structurally thin window of opportunity” for transparency.

More problematic still, the system supposes a knowledge of, and sympathy for, urban ecology. At a municipal level, however, many government agents are either “unfamiliar” with the topic or “hostile” to its principles. Hence, plans to make the eco-cities car-free get quickly ditched. Top-down policy-making works just fine, the authors conclude, but if China’s eco-cities of tomorrow are to succeed, ensuring a “down-top [sic] stream of knowledge” will be crucial.

The International Student Campus Network is due to host its annual conference at Hong Kong University on 17-19 June. The conference is entitled “Expanding the Dialogue: Sustainability in a Connected World”. www.international-sustainable-campus-network.org

Boston College’s Centre for Corporate Citizenship is due to hold a webinar on “Engaging Veterans: Philanthropy and Employment Practices” on 3 June at noon (Eastern Time). http://ccc.bc.edu/

Brand Watch: Amazon under fire for incinerating unsold ...
UK firms lend heft to getting electric vehicle revoluti...
A mission to soften the impact of soft goods on the pla...
The need for speed in going all-electric to lead the c...
comments powered by Disqus