Government and business leaders meet this month in preparation for next year’s global climate negotiations, and much has changed since the last such gathering

A UN-sponsored summit on 23 September in New York will mark the first time in five years that world leaders have gathered together to chart a new course to limit global warming. With leaders from business and civil society given the opportunity to work directly with heads of state, organisers say the event may serve to embolden commitments to act in the run-up to a new global accord due to be signed in Paris in 2015.

“It's almost a perfect storm for action,” says Paul Simpson, chief executive of the Carbon Disclosure Project (CDP), a London-based non-profit group and a co-sponsor of the September summit. The affordability and availability of clean technologies is one big reason for optimism. More than 30 countries now have climate change regulations in place, a key difference from the situation at Copenhagen in 2009, the last time world leaders tried to forge a new legally binding treaty.

There is also a collective awareness of repeated climate disasters giving rise to a global consensus on the need for action. About 1 million climate campaigners are expected to march through New York on 21 September, while similar events are expected in London and elsewhere. This could put added pressure on governments in what's being billed as the largest climate rally in history.

A scenario document issued by the UN Secretary-General's office reveals that about 200 leaders will make simultaneous announcements in the morning session, with deliverable climate initiatives expected to take the form of financial sweeteners or examples of domestic carbon-cutting action. This will be followed by a Private Sector Forum lunch, where business leaders will discuss climate initiatives with government officials.

A number of companies are preparing to announce commitments to action on carbon pricing, in particular through the Business Leadership Criteria on Carbon Pricing, led by the UN Global Compact together with UN Environmental Programme and the UN Framework Convention on Climate Change secretariat, as well as with other partners such as CDP, the Climate Group and the UN Foundation. More than 250 companies have backed a statement drafted by the World Bank Group calling on governments to explore carbon pricing methods, including emissions trading schemes and taxes.

“Carbon pricing is a critical tool to address climate change, and momentum is building to put in place carbon pricing schemes,” says Georg Kell, executive director of the UN Global Compact. According to the World Bank, nearly 40 countries and more than 20 cities, states and provinces now use carbon pricing mechanisms. At the same time, companies such as Microsoft, Exxon and BP have begun using an internal “shadow” price on carbon as a risk assessment tool. “The more companies that do that, the more governments will feel they can more smoothly bring in a carbon price,” says Simpson. 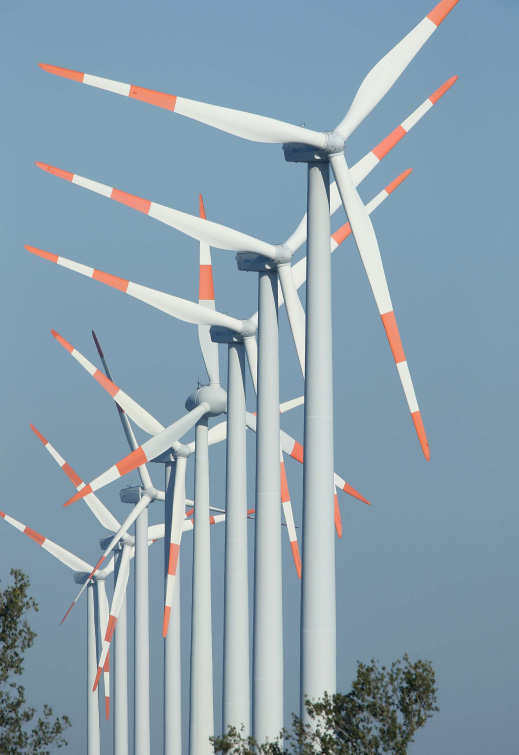 Carbon pricing will be one of the main issues discussed at the summit, but the real commitments to watch for will be in the use of renewable energy, says Damien Ryan, a senior policy manager at the Climate Group.“Leading big companies are looking at these falling costs and doing the numbers,” Ryan says. “Increasingly they're finding that purely on financial terms the figures stack up. So, perhaps we'll see … the first big companies to set out their plans for adopting renewable energy on a large scale.”

Former hopes that a global carbon market would grow around the European Union Emissions Trading Scheme (EU-ETS) and the Clean Development Mechanism (CDM) are now fading. A patchwork of national markets, some of which may be linked, is now the likely scenario, as a new generation of carbon regulations begins to take flight. This demonstrates significant political will, but may fall short in setting a robust price if ambitious emissions reduction offers don't soon follow.

Negotiators still have more than a year until the Paris conference in late 2015, significantly more time than the three months allotted to governments in the run-up to Copenhagen in 2009. “There will be a significant agreement at COP21 [in Paris],” says Simpson, “but what we don't want to do is create an over-expectation.”

Rather, the intent of the September summit is to signal the direction of travel, with the UN Secretary-General's office saying it does not expect there to be any grand outcome. Still, with both US president Barack Obama and Chinese premier Xi Jinxing rumoured to be in attendance, anything could happen.

Watch on demand: Highlights from Reuters Events race to...
Business must listen to land defenders if there is to b...
Why China is key in the battle against palm oil defores...
Watch on demand: ‘Why we are putting climate action a...
comments powered by Disqus

Sanda Ojiambo: ‘There’s a lot of work to do in the Global North as well as the Global South’ Read @OLIVERBALCH's in… https://t.co/mmgzfAIfLx