The drought in California has brought water footprints to the forefront

The US state of California just experienced its fourth dry winter, and combined with an ever-lower snowpack that is considered a result of changing climate, drought is now at historic and frightening levels. As the state’s residents face water consumption cuts of 25% imposed in April by state governor Jerry Brown, a few notable water scapegoats have emerged into the public eye.

There’s the California almond, a good candidate for anger, as a single almond takes one gallon (3.7 litres) of water to grow. And there’s alfalfa, produced for cattle consumption, which is the California crop using the most water. A big portion of this alfalfa heads overseas to feed dairy herds in China, Japan and the United Arab Emirates. And of course there are the many golf courses dotted across California’s southern dry landscape. 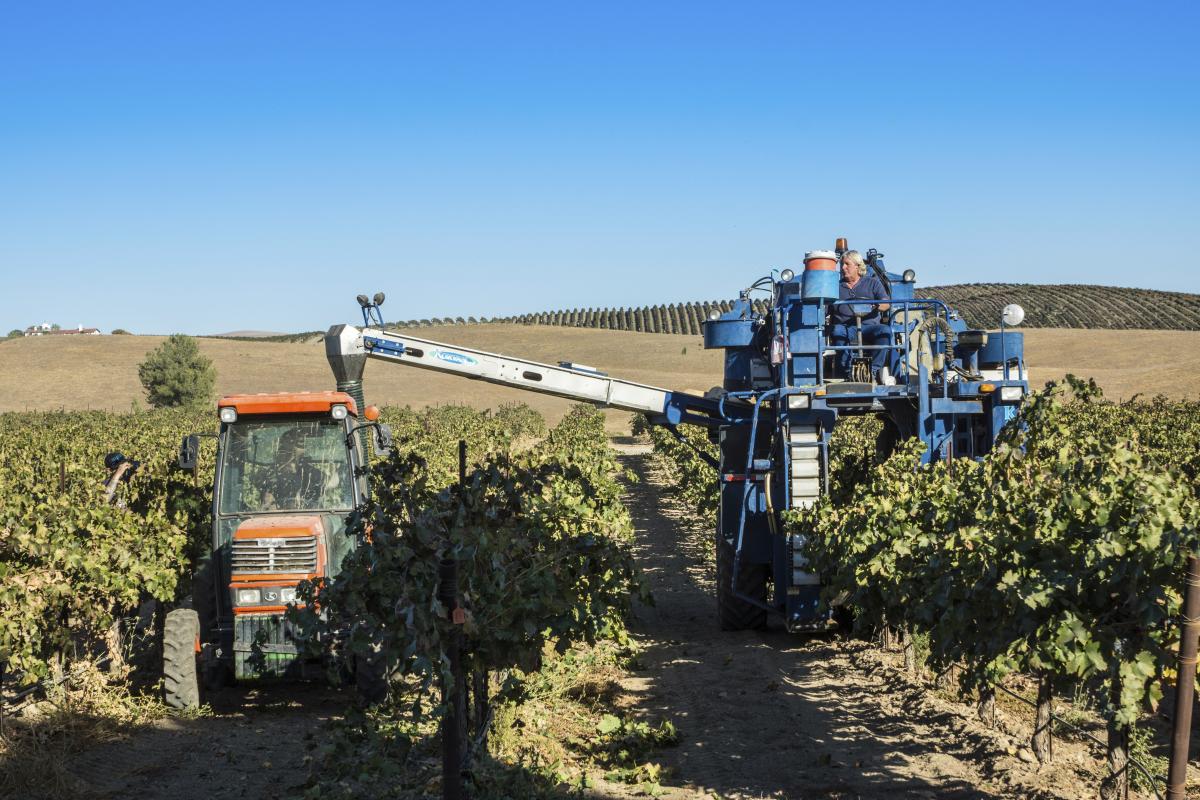 Lastly, bottled water, and especially that produced by Nestlé, the number one water bottler in the US, has come under extraordinary scrutiny. This stress on California’s water supply reveals that in spite of an acute need for a collaborative approach, individual players in the water system aren’t yet stepping up to craft a sustainable water system.

The simplest statistic thrown around in discussions on California’s drought is this: agriculture uses 80% of the state’s water. That’s not wholly accurate. According to the California Department of Water Resources, 48-49% of California’s usable water is kept in streams and rivers, deltas, and wetlands – sometimes called “environmental uses”. Urban users get about 10% of available water, and irrigated agriculture takes the rest. The agricultural portion of the water budget can be further broken down to, among others, fruit and nut cultivation (25%); alfalfa (14%) and horticulture (7%).

Because agriculture is such a huge cash producer for the state – fruit and tree nuts alone were a $20bn market between 2012 and 2014 – the perception is that regulators have gone easy on the farm sector. That’s both true and untrue. Farms get water through a combination of surface water rights and groundwater pumping. In 2014 regulators curtailed some of their surface water rights. Needless to say, this curtailment has only led to more fevered groundwater pumping, which could lead to the collapse of some of the state’s aquifers - thus the acute need for reform of the system to encourage more efficient use. 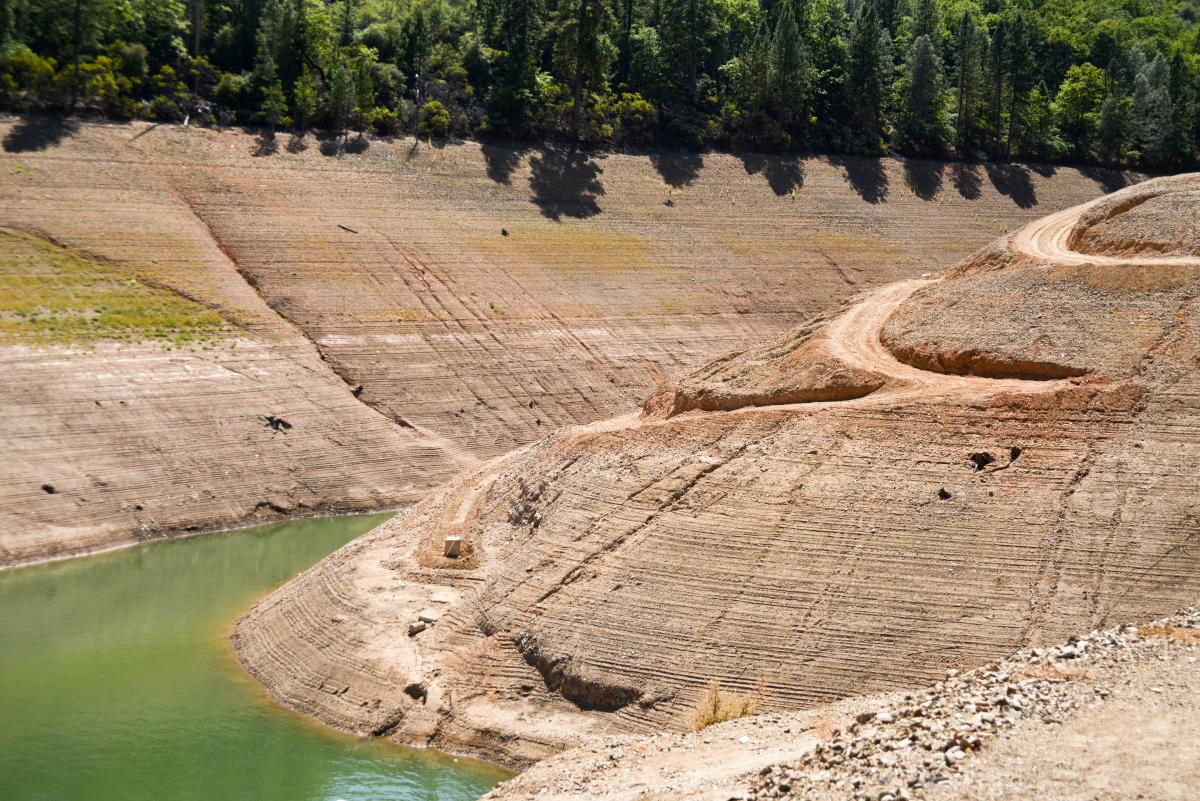 “We want California to be a successful agricultural state,” says Adam Scow, director of Food & Water Watch in California. “But we need to set some hard limits around water and some sectors, agriculture and others, need to do more in conservation.” Many researchers and non-profit groups believe that if all farmers switched to efficient drip irrigation methods, a 20% water saving would be the payoff. Of course, drip systems can be a costly undertaking with a slow return on investment.

Agriculture is big business, but all the ways it could become more sustainable (especially in light of the fact that global warming increases the likelihood of extremes such as drought) still aren’t being widely discussed.
Craig Wichner, chief executive of Farmland LP, a sustainable agriculture investment company with 6,750 acres of farmland in California and Oregon, says that thus far, the drought hasn’t negatively affected its operations.

“Our sustainable agriculture practices increase the amount of carbon sequestered in the soil, and healthier soil performs better in droughts and in times of too much water,” Wichner says. “Right now crisis mode is determined by whether you have water or not. But if you didn’t already plan for long term crop diversity and rotation, it’s like trying to get insurance while the house is burning.”

Wichner’s business partner, Jason Bradford, says Farmland is slowly “aging out” the alfalfa acreage that is part of the company’s holdings, and will switch those acres to the company’s organic rotation of crops and livestock. Bradford says ongoing drought could affect the company – with deteriorating surface water quality, for example. But the fact that Farmland thinks very long term and pursues a diversity of crop types is in its favour, he says, because it can also react to changes, not just climate changes but also market changes.

“People don’t tend to think like us yet – they want to focus on the ‘highest and best use’,” Bradford says. “Of course as a regular investor you want the best return right now. But that’s just not how we look at it.”

Marcia DeLong, an agroecologist at the Union of Concerned Scientists, says that making California’s agricultural system more resilient is a pressing issue. “For everybody, it’s the process of starting to think more long term,” she says. “Not just looking for crops that require less water, or farming practices that produce healthier soils, but also to think about climate change, more extreme weather, and how to lower the greenhouse gas impact of farming.

“There are management practices that can lead us in this direction and I think the idea that we need to implement them is starting to catch on a bit.”

The drops in the bucket

In addition to the scrutiny of the water footprints of agricultural commodities, other industries in California are taking some heat. Nestlé has received a dose of public criticism after the discovery that the company was taking water for bottling from some California water sources on expired permits. Nestlé insists that it is conservation-minded at its five facilities in California and has “saved” 1.4m gallons of water in California in 2014. Protestors don’t seem appeased – they closed a Nestlé plant for a day in Sacramento in April.

Nestlé is reported to be using 70m gallons a year, which is enough to water two large golf courses a year, but there is no legislation that would make the company regularly disclose the exact volumes of water it bottles and sells.

The newest scapegoat is California’s oil and gas industry. Hydraulic fracturing (fracking) used about 70m gallons of water in 2013 in the state, with the oil and gas industry as a whole estimated to use 80bn gallons. The oil and gas industry is also accused of polluting California groundwater, but the industry counters that it is actually producing needed water in places such as Kern County, where water dredged up from drilling is sold back to the water district and hence to farmers willing to use it on drought-parched farms. Eventually, all water-using entities will probably be subject to media scrutiny if the dry spell continues, with only fake lawn manufacturers and water-saving technology companies exempt. 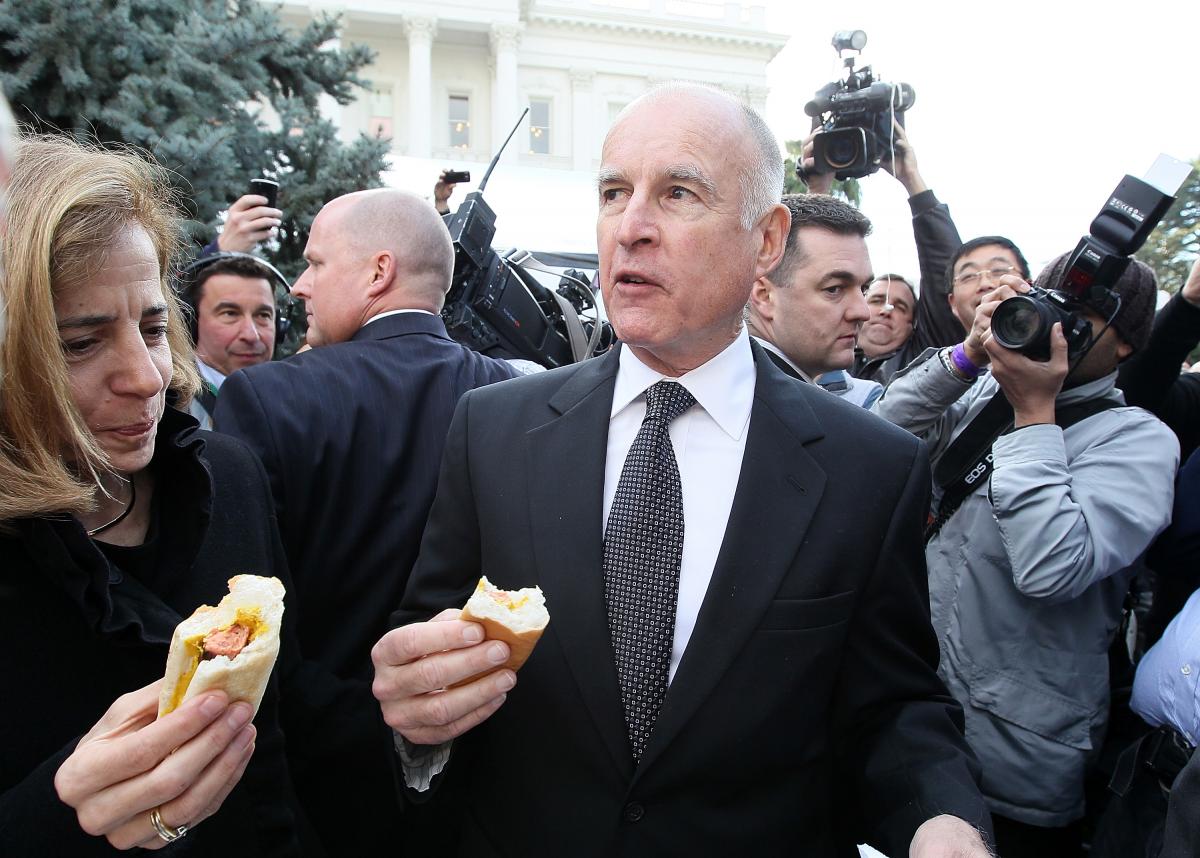 What is becoming clear is that California’s governor Brown faces a monumental task: not only revamping the state’s complicated water rights and its groundwater management system, but also bringing different business interests to the table to try to create a more drought-resilient economy. That won’t be easy, says Food & Water Watch’s Adam Scow. “It’s pretty clear we can’t just go on with business as usual,” Scow says.

“It’s the state’s job to manage water better and our job to push the governor to do that. I’m not pretending there is an easy fix. What we’ll need is coalitions – with responsible businesses stepping forward saying they want some limits and regulation. Those are the ones we, at least, want to work with.”

California is the world’s fifth-largest supplier of food – if the state was a nation it would be the world’s seventh largest economy. (Source: The Atlantic)

California hosts the avocado and garlic capitals of the world – yet the avocado, at least, is suffering from ongoing drought, as it takes 72 gallons to make a pound of the popular fruit, and prices are rising, leading to predictions that it will become a luxury fruit. (Source: New York Magazine)

In a recent report, scientist Noah Diffenbaugh from Stanford University says: “Human emissions have increased the probability that low precipitation years are also warm, suggesting that anthropogenic warming is increasing the probability of the co-occurring warm-dry conditions that have created the current California drought.” (Source: Proceeding of the National Academy of Sciences)

A new business has popped up to help California farmers sell water they have rights to but don’t need to use: called Swiim (Sustainable Water and Innovative Irrigation Management), the company uses software to track water usage and help with conservation as well as the leasing of conserved water to others. (Source: SF Chronicle)

Winemakers turn to sustainability to ride the storms of...
ESG Watch: New study sounds alarm about risk of strande...
Policy Watch: Why we need a joined-up approach to biodi...
‘Covid-19 has acted as an accelerator rather than bra...
comments powered by Disqus