The disruptors: The man holding companies to account on SDGs

The clock is ticking. The UN Sustainable Development Goals (SDGs) may still feel relatively new, but we’re nearly one third of the way to the 2030 deadline already. And the challenges ahead are gargantuan: resolve economic inequality, curb climate change, provide universal sanitation, to name but a few.

Enter the World Benchmarking Alliance, an initiative designed to propel greater business involvement in seeing the SDGs over the line. As the name suggests, the alliance will seek to achieve its goal by publicly ranking company performance.

Spearheading the initiative is Gerbrand Haverkamp, a 33-year-old former Dutch civil servant. A graduate in rural development, he became drawn into the debate around business responsibility while at the Dutch Ministry of Agriculture and Economy, where he specialised on environmental and human rights issues in tropical supply chains.

I worked a lot with NGOs and companies in forming partnerships to deal with slavery in the supply chain, deforestation, these kind of issues

“Think about coffee, cocoa, palm oil, soy, fruit and vegetables – these are all important for the Dutch economy … I worked a lot with Dutch and international NGOs and companies in forming partnerships to deal with slavery in the supply chain, deforestation, these kind of issues,” he explains.

Fascinated by the “close interplay” between the private, public and voluntary sectors, he left in 2015 to set up the Index Initiative, a non-profit project focused on benchmarking the performance of companies against the SDGs.

“I think we did good work, but it didn't get the traction that you need to make something like this work,” he says of the initiative. “Stakeholders we were talking to all wanted something truly global, [which] just wasn’t the way we were created.” 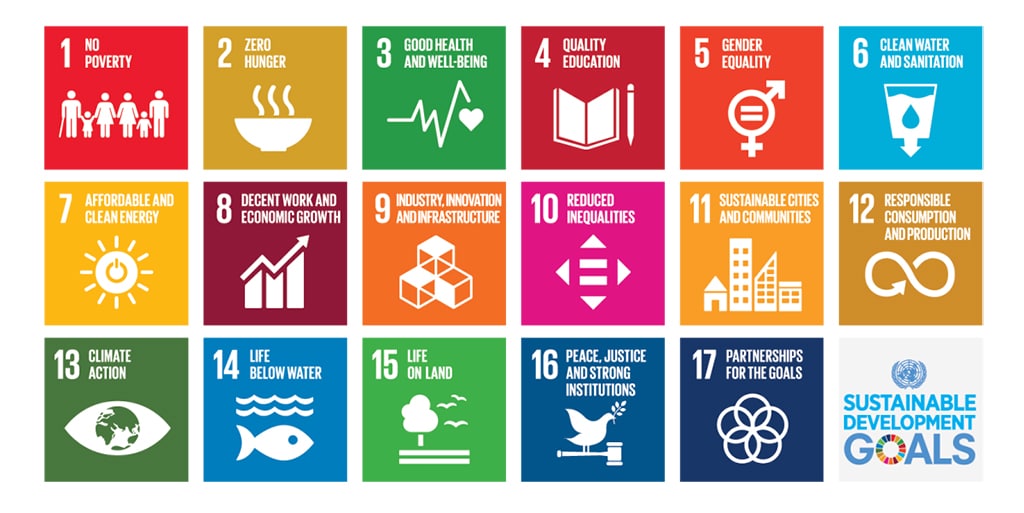 About two years in, through the UK Department for International Development, Haverkamp was introduced to one of Ethical Corporation’s previous disruptors, Steve Waygood, head of responsible investment at the UK insurer Aviva.

The two clicked. Not only did both believe in the potential of benchmarks to incentivise business action (Aviva had already instigated the Corporate Human Rights Benchmark), but both had a strong sense that the time was ripe for a company-focused index dedicated exclusively to the SDGs.

The Business and Sustainable Development Commission was working on its Better Business, Better World report, Haverkamp recalls. At the same time, the UN Foundation, a charitable body focused on mobilising support for the SDGs, was looking for creative ways to engage the private sector.

“So, we thought, ‘Okay, if we want to take this forward and we actually want to create league tables ranking companies on their SDG performance on a global scale, we are going to need a global institution’,” says Haverkamp.

Two years on, the Amsterdam-based alliance counts around 30 full-time staff and more than 80 cross-sector “allies”, including leading NGOs (such as WWF and Unicef), financial institutions (like Allianz, ING and Nordea) and leading business groups (We Mean Business, the World Business Council for Sustainable Development and the Global Reporting Initiative).

The organisation has pledged to publish the methodologies of at least five new benchmarks. The first full results of two benchmarks will be published at the end of this year, and the remaining three in 2020. After publication, the alliance will continue to publish benchmarks on a regular basis. The topic areas comprise food and agriculture, gender equality and empowerment, digital inclusion, climate and energy, and seafood. 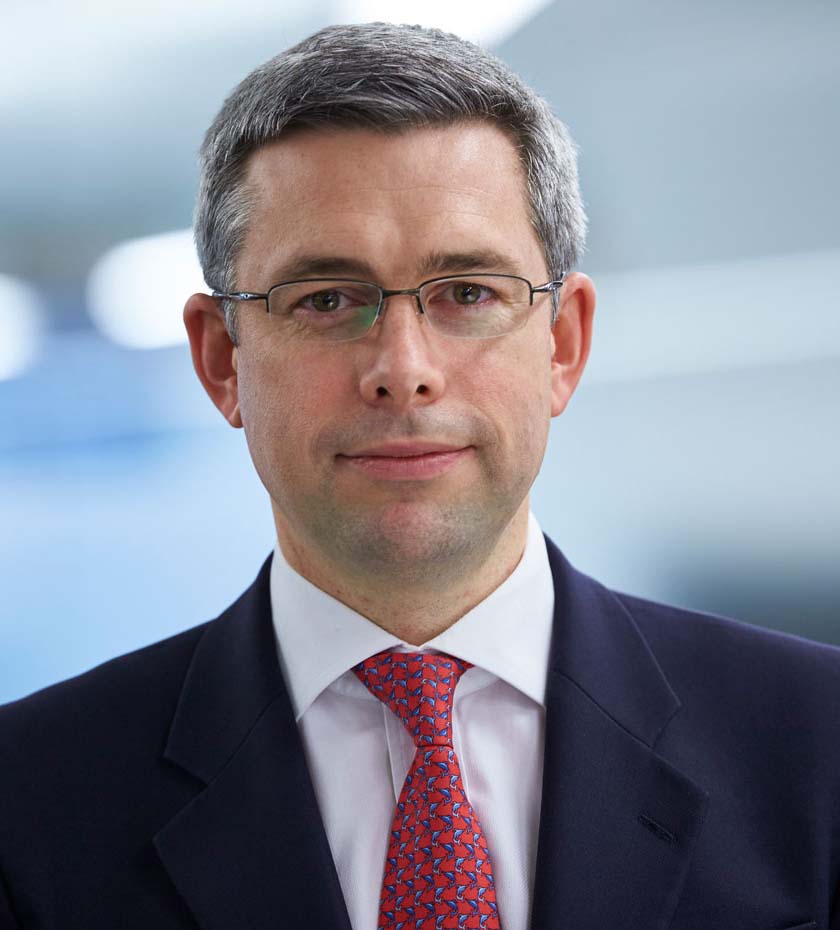 The SDGs cover 17 different topics, so why these subject areas and not others? “Scientists have looked a layer deeper than the SDGs and identified six major transformations that need to take place in society in order to achieve them,” he says, citing a major recent research paper by the International Institute for Applied Systems Analysis.

“These are the transformations that need to take place over the next decade [for us to] have a good chance of actually achieving the SDGs, or getting close to that.”

It’s this same thinking that has led him to eschew an industry-specific approach to the alliance’s future benchmarks. Take food and agriculture. The private sector is a hugely important player here, yet Big Ag alone cannot deliver zero hunger by 2030 (as per SDG2). It will also require the combined efforts of smallholders, government agencies, and development organisations.

For the same reason, the alliance has resisted the other obvious option of benchmarking companies on the basis of specific SDGs. Again, Haverkamp cites the food industry. Clearly, its main role is to meet people’s nutritional needs, but it also provides hundreds of millions of jobs, meaning it has a “big part to play” on issues such as gender equality, decent work and human rights as well.

“Ultimately, this is all about achieving the SDGs. So we need to see different industries in the context of the changes that need to take place and not to put them at the exact centre.”

Haverkamp insists that that the benchmarks remain open and transparent; he wants done with the days of data only being available from private providers at a fee. 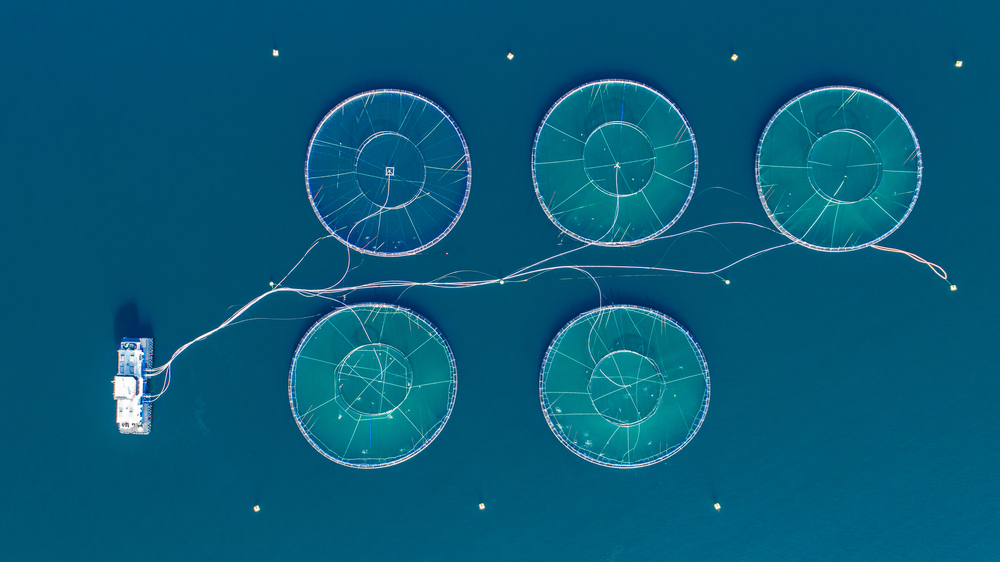 Seafood is among the five methodologies the alliance will be publishing. (Credit: Marius Dobilas/Shutterstock)

Another key tenet is ensuring that the information provides what proposed audiences – policymakers, investors, business executives, civil-society leaders and so on – are looking for.

Hence, the alliance’s decision to spend 12 months running multisector workshops around the world before its official launch last September. In total, some 10,000 people in around 140 countries fed into the process.

Companies want to win. So, whatever it is, tapping into that spirit is important

Another principle relates to simplicity. He describes benchmarks as an “elegant alternative” to ploughing through dozens and dozens of annual reports, all with non-comparable indicators and companies’ own sense of what “good” looks like.

If successful, Haverkamp’s approach should go a long way to addressing the habitual complaint of index fatigue. Nothing causes the heart of a sustainability manager to sink faster than the third request in a week for the same information but in in a slightly different format, rendering a cut-and-paste response impossible.

Making its data collection and analysis process transparent and public will go a long way to resolving this. So too will the alliance’s commitment to working closely with other benchmark providers. 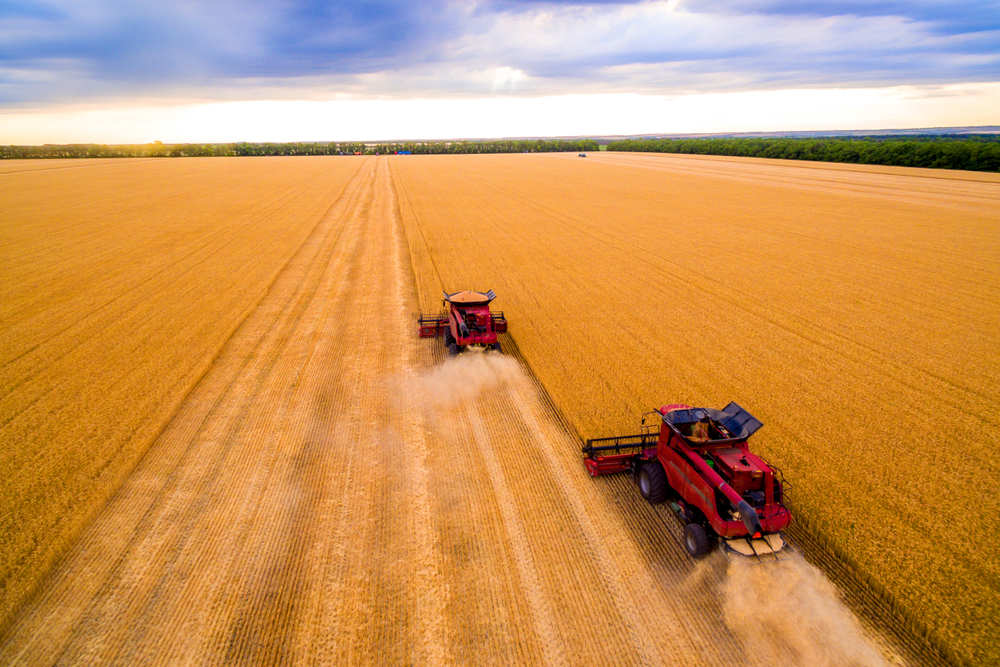 In some cases, existing indexes will be incorporated more or less wholesale into its methodologies (as with the Corporate Human Rights Benchmark, for example). In other instances, the alliance is working closely with another index expert to develop a joint approach (as per its partnership with CDP around a new climate and energy benchmark).

Yet Haverkamp’s ambitions face a large challenge still. Benchmarks are great for winning headlines but do key decision-makers in companies really pay them much notice?

One of Haverkamps trump cards is the capitalist love of competition. “Companies want to win,” he contends. “So, whatever it is, tapping into that spirit is important.”

Companies need to be assured that these benchmarks are not only relevant for them, but that investors also care about them performing well

The beauty of benchmarks is that they draw in even the most reluctant. You will always have your keen beans, pushing to be in the top quartile. And laggards, for no other reason than to save face, will want to get off the bottom.

The result is that the bar keeps inching upwards. “Even if you’re not really looking for profile in this space, you still have to improve to stay in the middle.”

External benchmarks can also aid internal changemakers, Haverkamp maintains. Either they employ the methodology to critique and improve their own company’s performance and strategy, or they use the threat of a pending ranking to garner more resources for their cause. 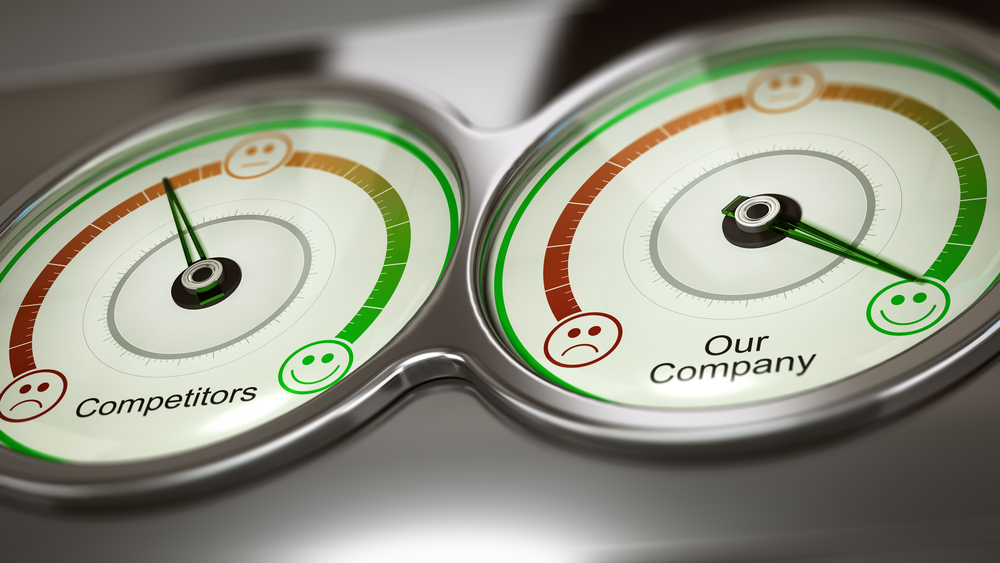 It is too early to tell if this will be true for the alliance’s new benchmarks, but Haverkamp talks of encouraging early signs. He notes that delegates from businesses outside the benchmarks’ priority areas are dialling in to the organisation’s webinars just so they can learn more.

Just how much clout these new SDG-centred benchmarks will exert depends in no small part on whether investors and bankers take notice. If not, the alliance’s charismatic executive director will have an uphill battle on his hands.

As he himself admits: “Companies need to be assured that these benchmarks are not only relevant for them, but that investors also care about them performing well in these benchmarks.”

Again, he is quietly optimistic. Although the number of financial institutions around the world that are taking the SDGs serious is probably only in the “hundreds”, sustainability is one of the fastest-growing areas in global finance right now, he conjectures.

What’s more, the finance industry is itself in the alliance’s sights for radical transformation. Asset managers and banks are not only key target users of the upcoming SDG benchmarks, “they will ultimately be benchmarked as well,” says Haverkamp.

So does he think the world stands a chance of hitting the SDG’s ambitious targets come 2030? And will benchmarking companies exert any bearing on the outcome? 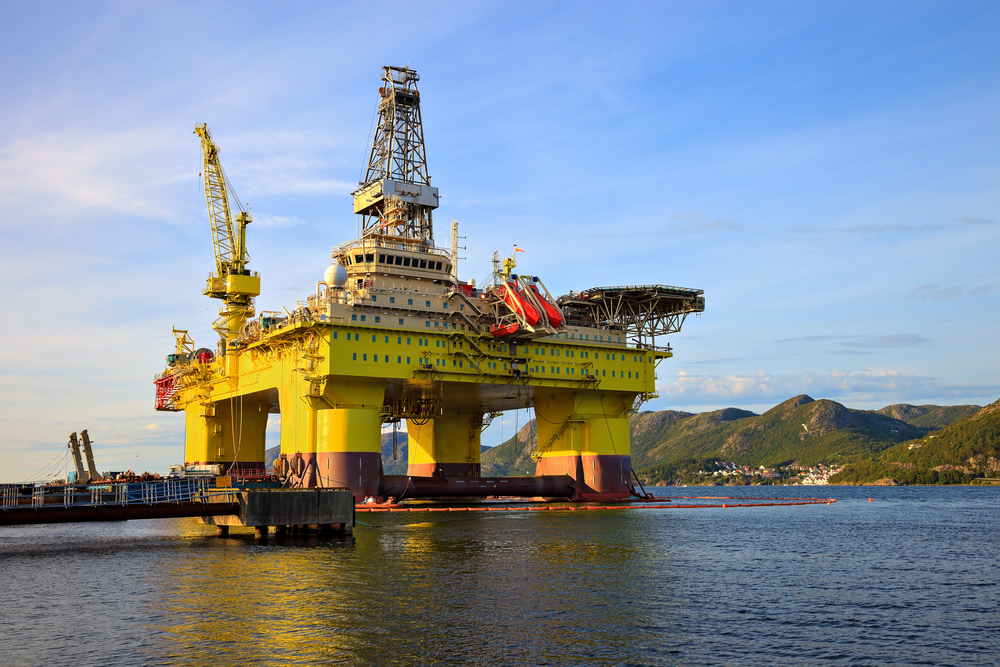 He is guarded in his response. What would increase the odds of success significantly is a bigger push from governments. Nation-states are accountable for delivering on the SDGs, he reasons, so challenging companies to do their part should be a part of a government’s brief.

He takes heart from the recent decision by the Norwegian sovereign wealth fund to divest from oil and gas, for instance, a decision he says would have been “inconceivable” five years ago.

Time, of course, is relative. Haverkamp hopes the alliance he has helped create will contribute to a brighter future. He may well be right. But, with the clock clicking down to 2030, the long term is all too near at hand. Let the benchmarking begin.

WBA's Gerbrand Haverkamp will be one of more than 150 speakers at the 18th annual Responsible Business Summit Europe 10-12 June in London.