Influx of immigrants has led to increase in forced labour in three-quarters of EU states, with greatest risk in Italy, Greece, Romania, Cyprus and Bulgaria

Romania, Greece, Italy, Cyprus and Bulgaria are the European countries with the highest risk of modern slavery, according to the second annual Modern Slavery Index by risk consultancy Verisk Maplecroft. The index reveals that modern slavery risks have risen in nearly three-quarters of the 28 member states of the European Union. The risk profiles of 20 countries in the EU bloc have gone up since last year. A key reason for this heightened risk is the presence of migrant populations, who are vulnerable to slave-like work conditions in sectors such as agriculture, construction and services. According to figures from the International Organization for Migration, more than 115,000 migrants have entered Europe by sea this year already, 85% of whom landed in Italy. Reported deaths at sea amount to just under 2,400 so far.

Verisk Maplecroft estimates that there are around 45.8 million people subjected to modern-day slavery in 167 countries. Five countries account for more than half (58%) of these: India, China, Pakistan, Bangladesh and Uzbekistan. At a staggering 18.35 million people, India has the world’s highest number of people trapped in slavery. Other Asian countries rated as being “extreme” or “high risk”  include Indonesia, Malaysia, Myanmar, the Philippines and Thailand — all of them important manufacturing hubs. Of the 161 countries included in the Index, 124 have criminalised human trafficking in line with the UN Trafficking Protocol and 96 have National Action Plans to coordinate the government’s response.

Recent statistics from the National Crime Agency in the UK show that reports made to police about potential victims of human trafficking – a crime usually linked to modern slavery – stood at around 3,800 last year. Campaign group Anti-Slavery International estimates that up to 13,000 people could be enslaved in the UK at present. Slavery victims in Britain are predominantly from eastern Europe, Vietnam and Nigeria, with a roughly equal balance between men and women. The latest government figures for prosecutions for enslavement in the UK date to 2015, when the number of successful convictions amounted to only nine. Worldwide there were 9,071 convictions for crimes of forced labour and trafficking in 2016, according to US State Department data.

The rise in modern-day slavery comes down to its profitability. Firms and individuals enslaving workers can make 25 to 30 times the return on their investment compared to counterparts in the 18th and 19th century, according to Siddharth Kara of the Harvard Kennedy School. Modern day slavery is estimated to generate revenues to the tune of $150bn per year, roughly similar to New Zealand’s GDP in 2010. In a new book, due to be published in October 2017, Kara estimates that the average profit on each slave in the world is close to US$4,000 per year, a figure that increases nine-fold for those involved in the sex trafficking trade. Kara estimates that 50% of the total profits of modern day slavery are made up by sex trafficking, although only 5% of modern slaves are sex trafficking victims. 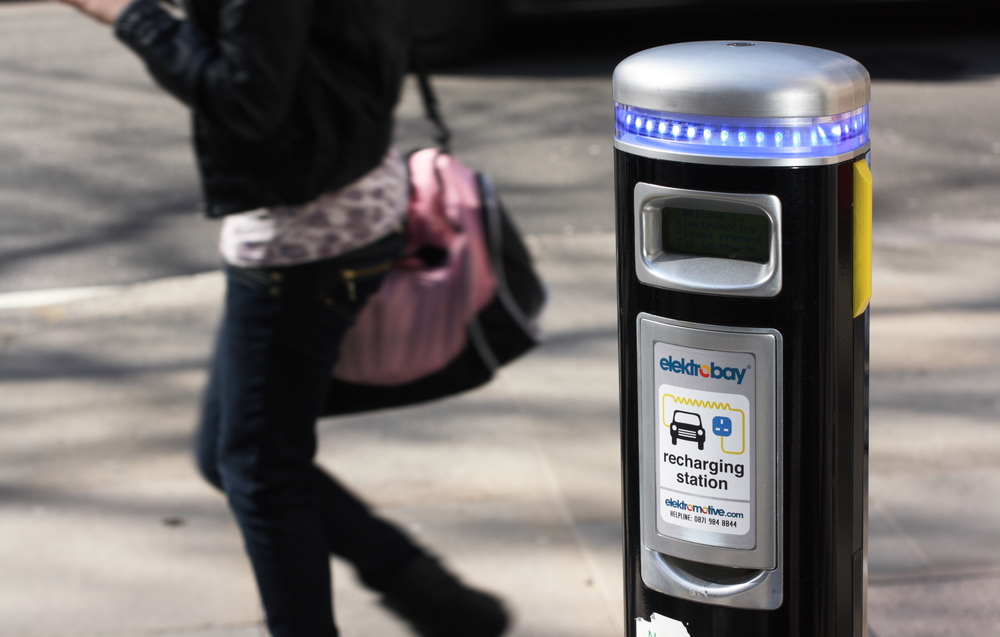 FOR DECADES the black cab has been an iconic presence on London’s streets. But that could be about to change with the introduction of a new network of on-street electric vehicle (EV) charge points. The £4.5m plan, promoted by the capital Mayor’s Office, aims to add 150 fast-charge points across 25 boroughs to support the roll out of a new fleet of plug-in taxis. The UK capital city aims to have a zero-emission transport network by 2050. Oxford is developing a similar scheme, with the municipal government planning to introduce 100 new charging stations on residential streets.

The moves are in line with the UK government’s commitment to phase out new petrol and diesel cars, including hybrids, by 2040. According to a new report from the Green Alliance, however, ultra low emission vehicles only made up 1.4% of new cars and vans sold in 2016. This compares to 29% in Norway, one of Europe’s leaders in the transition to electric transport. Infrastructure is vital for EV growth, the report argues. The UK currently has 180.6 charging stations per million people, compared to a ratio of 1,570.5 stations per million people in Norway. The UK has registered nearly 108,000 EVs since the government introduced grants for new buyers in 2011.

Driving EV uptake in the UK are business buyers. According to the Society of Motor Manufacturers and Traders companies accounted for two-thirds (65%) of new EV registrations in the first six months of 2017. Over 100 companies have committed to convert at least 5% of their corporate fleet to electric by the end of this decade. The list includes Santander, Microsoft and Britvic. A survey conducted by the government-backed Go Ultra Low initiative in late 2016 found that almost 700,000 UK motorists would switch to electric if given the opportunity by their employers.

However efforts to promote the electrification of transport don’t spell an end to the oil industry. At least, that’s the perspective of BP. In the oil giant’s latest annual Energy Outlook, BP estimates that electricity will fuel just 1% of all transport in 2035. This pessimistic viewpoint is accompanied by its projection that EVs will only make up 10% of the global car fleet by the 2035 date. If this proves true, demand for oil will only reduce 5% on current levels. 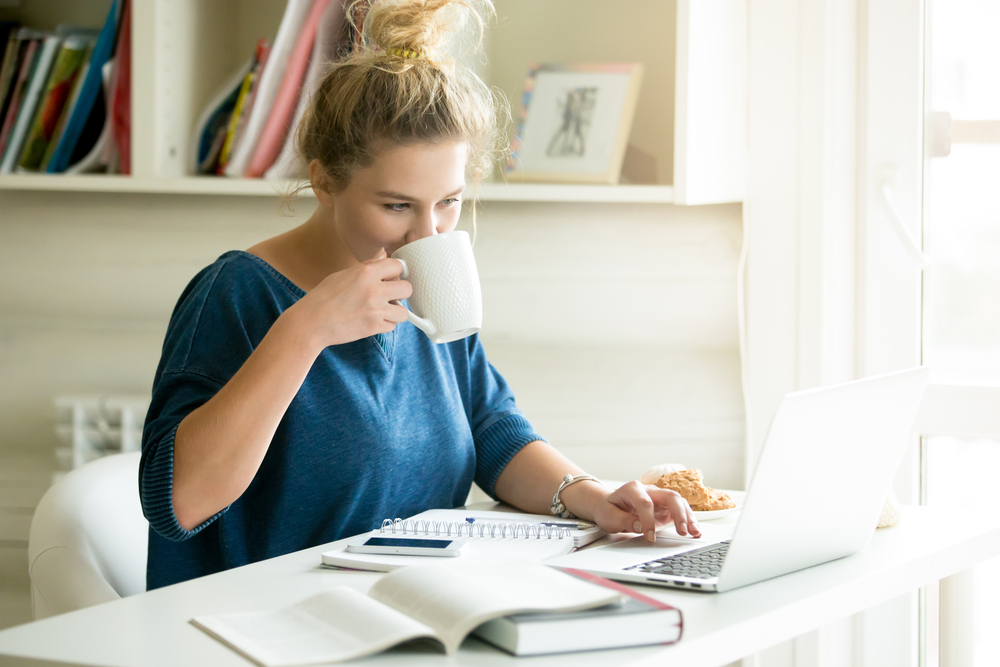 SUSTAINABLE investment is no longer just for institutional investors. Individuals are getting in on the game too, especially millennials. In the US, individual investors are increasingly interested in using their money to make a difference by entering the sustainable (read also, “impact” or “responsible”) investment market, which is now worth an estimated $8.72trn, up 33% since 2014. According to a new study commissioned by Morgan Stanley, 75% of the 1,000 individual investors surveyed said they were interested in sustainable investing, jumping to 86% for millennials. Investors are more likely to adopt sustainable investments if they can tailor those investments to their own impact interests (80%), the survey suggests. This is reflected by a belief that their investment dollars can resolve issues of interest to them. Three in four (75%) of individual millennial investors believe that their own investment decisions can influence climate change, for instance. The proportion increases to 84% in the case of poverty alleviation.

The sustainable investment market isn’t without its challenges, however. Curiously, along with increased optimism, levels of scepticism are also on the rise. More than half (54%) of the millennials surveyed believe that an investor’s sole responsibility should be maximising profit (up from 47% in 2015). This would be fine if investing in sustainable stocks wasn’t seen as a trade-off between ethics and profits, which many still hold to be true. More than half of investors (53%) think investing sustainably leads to a lower financial return, increasing to 59% for millennials.

The Australian government appears convinced in impact investing’s potential, however. In the country’s recent budget, released earlier this month, the federal government earmarked AUS$30m (£18.45m) to develop the market for impact investment over the next 10 years. The government has also released a set of principles to guide its future funding in the sector. The Vatican is also getting in on the act. According to The Economist newspaper, the Holy See has dedicated around $1bn to impact investments. This is small compared to the total assets at its disposal. The Vatican’s vehicles for pro-social investment include the Catholic Impact Investing Collaborative, which collectively makes $50bn in assets under management.

AI and jobs: winners and losers 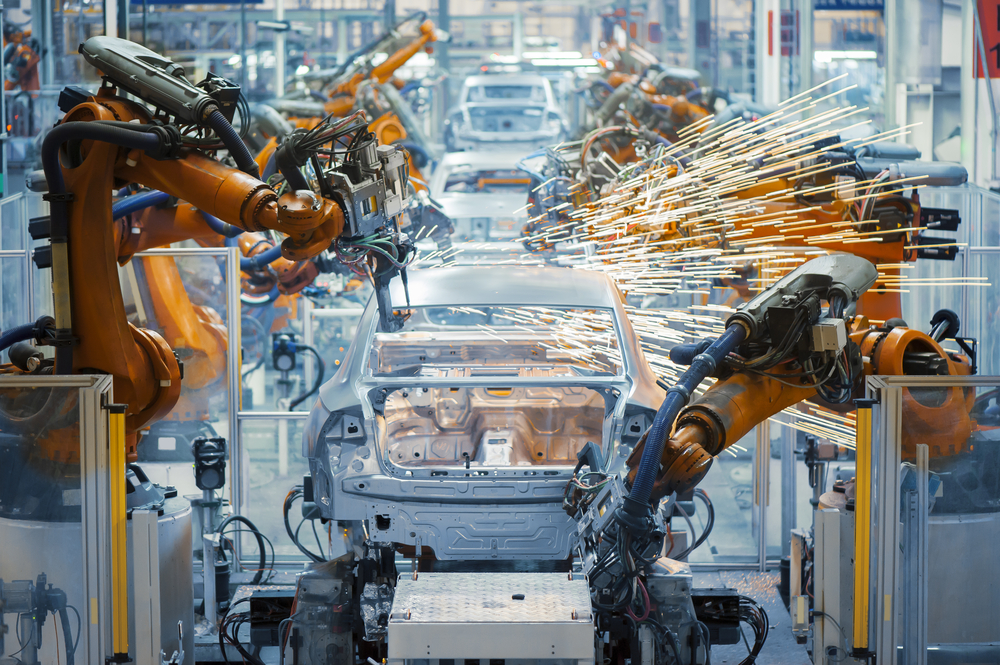 THE ROBOTS are coming. And, what’s more, we should embrace them. That’s the message of a new report by Australian economics and strategy consulting firm AlphaBeta. The upbeat assessment estimates that doubling the pace of artificial intelligence’s (AI) adoption could present Australia with new economic opportunities worth AUS$2.2trn (£1.35trn) by 2030. AlphaBeta calculates that the first jobs to become fully automated will be those that are most dangerous, least enjoyable and often lowest paid. As a result, AI could lead to an 11% fall in workplace injuries, 20% rise in wages, and an increase in job satisfaction for 62% of low-skilled workers.

Jobs will be affected, but for the better, the study’s authors insist. Of Australia’s 12 million working adults, three million will be replaced by automated machines. The result won’t be unemployment, but “redeployment” to higher-skilled jobs or those harder to automate. This shift in working patterns explains more than half (AUS$1.2trn) of the perceived benefit of automation. The remainder comes from the extra efficiency and productivity that automation offers. It is estimated that about one-third of Australia’s workforce, including construction workers and machine operators, spend an average 70% of their time on automatable tasks.

Professional services firm PwC takes a slightly less optimistic view. In a report released earlier this year, it suggests nearly one-third (30%) of jobs could potentially be at risk from automation in the UK by the early 2030s. The figure is lower than the US (38%) or Germany (35%), but higher than Japan (21%). The sectors most at risk of job losses are transportation and storage (where 56% of jobs could be replaced by robotics), manufacturing (46%) and wholesale and retail (44%). The more educated a worker, the less likely he or she will be to lose their job. Only 12% of those with undergraduate degrees or higher face robot-led redundancy, while the number for those with just GCSE-level education or lower jumps to as high as 46% in the UK. On the bright side, the pay premium for higher education and non-automatable skills will also probably rise ever higher, PwC suggests.