Amid ever-graver revelations about the severity of climate change, Mike Scott reports on patchy progress in adopting the Task Force on Climate-related Financial Disclosures' recommendations on reporting climate risk

With the increasingly dire news that global CO2 emissions are continuing to spiral upwards, and scientists warning last month that Earth may already have passed climate change “tipping points”, the risks companies face if they continue business as usual have never been more stark.

Both as contributors to climate change through their CO2 emissions, and with their operations liable to be affected by the physical impacts as the planet warms, no company will escape unscathed.

These risks are already starting to manifest themselves in forms ranging from deadly wildfires in Australia and California to climate-related lawsuits against oil and gas companies and the growing number of net-zero emission targets being introduced or considered by nations around the world.

More than two years after the Taskforce on Climate-related Financial Disclosures (TCFD) made its recommendations that companies should address climate risk in their corporate reporting, have they had the desired effect of prompting companies to adopt more sustainable business models, or are they simply another box-ticking exercise to get investors off their backs?

The task force was launched with considerable fanfare in December 2015 by Michael Bloomberg and Bank of England governor Mark Carney at the behest of the G20, which asked the central bankers’ group the Financial Stability Board to consider climate change risk.

When the task force issued its recommendations two years later, it outlined the risks that companies needed to account for. These include physical risks such as increased severity of extreme weather events, longer-term shifts in precipitation and temperature and increased variability in weather patterns, and the risks associated with the transition to a lower-carbon global economy, such as policy and legal actions, technology changes, market responses and reputational considerations. 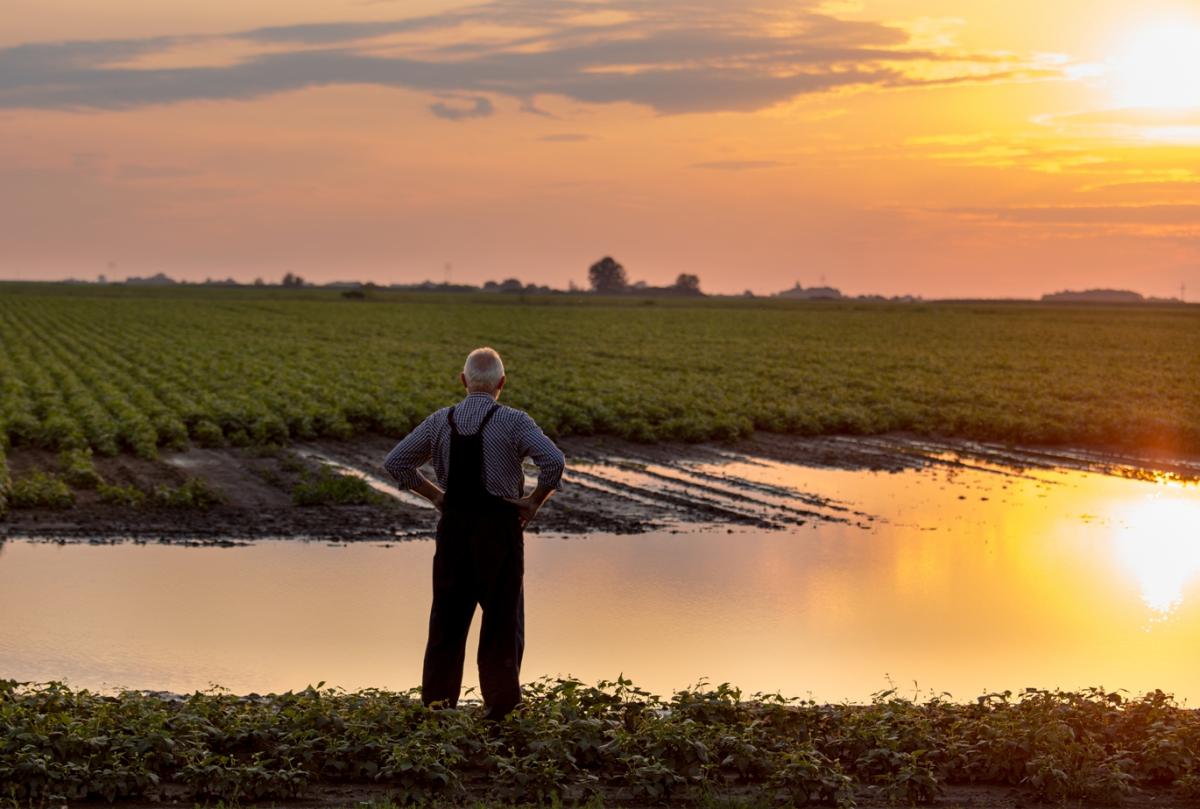 In the 2019 TCFD status report, Bloomberg urges companies to accelerate their progress on adopting the task force’s recommendations. While noting that TCFD’s annual survey of more than 1,100 annual reports found that the percentage of companies disclosing information on climate risk has increased to nearly 15%, he said: “Today’s disclosures remain far from the scale the markets need to channel investment to sustainable and resilient solutions, opportunities and business models.”

Support for the TCFD had grown to 909 in November 2019, up from 513 in September 2018. Following a summit on the TCFDs in Japan in October, the number of Japanese supporters surged to 207, taking it above the UK’s 129, the 123 supporters from the US and the 74 from Australia. (See From zero to hero: How Japan Inc came from behind to lead the world on climate risk reporting)

Daniel Turner, head of corporate engagement and reporter services at CDP, confirms the unevenness of reporting on climate risk. “Less than half of companies in the US, Brazil, Mexico, Argentina, Chile and Thailand reported substantive risks to CDP,” he says. “At least 75% reported [climate] risks in Turkey, Korea, Indonesia, New Zealand and South Africa.”

The financial services sector dominates adoption of the TCFDs, with banking services, asset management, insurance and pension funds the top four sectors. Each individually dwarfs the next biggest sectors: energy and materials. Other sectors with significant commitment to TCFD include government, consumer goods, professional services, construction, telecoms and transport, while real estate, one of the most at-risk sectors, lags far behind in TCFD adoption. (See Real estate sector slow to wake up to climate risk)

“Some companies are excelling and taking big steps in providing the right amount of detail and quantitative information, which is really challenging,” says Gemma Clements, head of corporate engagement at the Climate Disclosure Standards Board (CDSB). “But as a whole we have a huge number of laggards – many of them don’t really know what TCFD is or what climate-related financial disclosure is – while in the middle many companies have stalled in their disclosure.”

There are a number of different levels of implementation, adds Tjeerd Krumpelman, head of reporting and stakeholder engagement at Dutch bank ABN Amro. “There are those that acknowledge the fact that it’s there, which is where we were about a year ago. Then there are organisations trying to figure out what it really means, what they can learn from it and where they should start. Then there are companies working out how to embed it into their organisations and how to use it, in risk, in finance and in reporting.” (See  'The TCFDs go to the heart of your responsibilities as a bank')

It is no surprise that financial services companies are leading the way, given that these are financial disclosures, Clements points out. “Many other companies are stuck in more traditional GHG emissions reporting. For a lot of companies, the process is led by sustainability teams, who have huge experience on environmental issues and how they affect the company’s operations but lack an understanding of the financial implications in the detail required by the TCFD.”

She adds: “The changes required will have an impact on financial statements, so you have to have the risk and finance teams involved. If not, it doesn’t work.” However, it is often difficult to get buy-in from these departments. Risk departments often focus on shorter-term issues and struggle with the complexity of climate change and the lack of concrete information about what the consequences are.

If investors cannot get consistent information from the companies they invest in or lend to, they cannot make good investment decisions

One aspect of TCFD that aims to combat this is the recommendation that companies use scenario analysis, which is designed to test how resilient business strategies are against future climate change scenarios. The aim is to encourage business to be more forward looking, rather than just publish details of historic emissions.

But this is one of the areas disclosers struggle most with, Clements says. “Many companies’ disclosures are very qualitative – telling a story but not giving any financial analysis. It’s a question of how resilient your business is, not the amount of value at risk. People can tell you what the risks are but not what the financial impacts will be.

“If investors cannot get consistent information from the companies they invest in or lend to, they cannot make good investment decisions. Ultimately, we expect to see pressure from investors but we don’t have any evidence of it happening yet,” she adds. 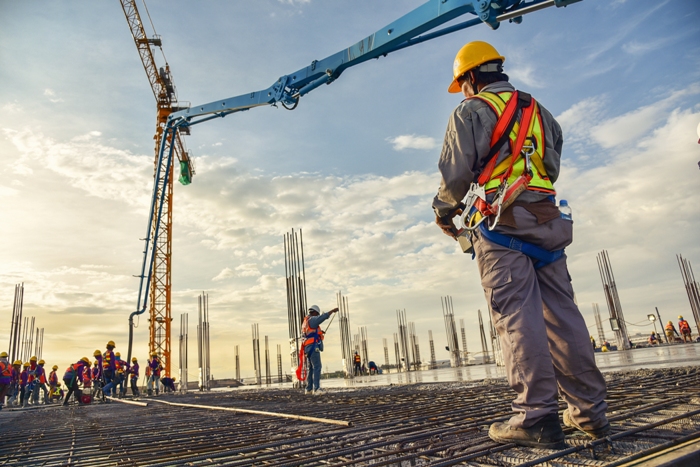 Construction is one of the sectors with a significant commitment to TCFD. (Credit: Bannafarsau_Stock/Shutterstock)

The uptake of TCFD has been hampered by the absence of a standardised scenario analysis process. That leaves many businesses struggling to know where to start.

A growing number of tools have appeared in the last few years, including an implementation guide issued by the CDSB and SASB, the US-based Sustainability Accounting Standards Board. The recently launched Principles for Responsible Banking requires signatories to have portfolios aligned with the Paris Agreement, which will lead to a convergence with TCFD requirements.

Lauren Compere, director of shareholder advocacy at Boston Common Asset Management, points out that from next year, the Principles for Responsible Investment will have mandatory climate change metrics in its requirements, creating “more of a level playing field around investors reporting on their own efforts.”

We don’t see any progress in banks’ appetite for engaging clients, especially on fossil fuels and the low-carbon transition

Richard Burrett, chief sustainability officer at private equity firm Earth Capital Partners, cites the Transition Pathway Initiative as “another initiative that will help investors think about what transition might look like on a sector basis. It’s really difficult to do that with current disclosure levels, which is why companies are being put under pressure to say what their targets are.”

Meanwhile CDP has aligned its disclosure with the TCFDs. “The TCFD recommendations identify what investors should be evaluating,” says CDP’s Turner. “The CDP questionnaire breaks those recommendations down into actionable metrics. The biggest companies are reporting major financial implications, but they need to expand their analysis.”

The most common transition risks reported to CDP were: increased pricing of greenhouse gas (GHG) emissions; mandates and regulation of existing products and services; enhanced obligations on emissions reporting; and changes in consumer behaviour. 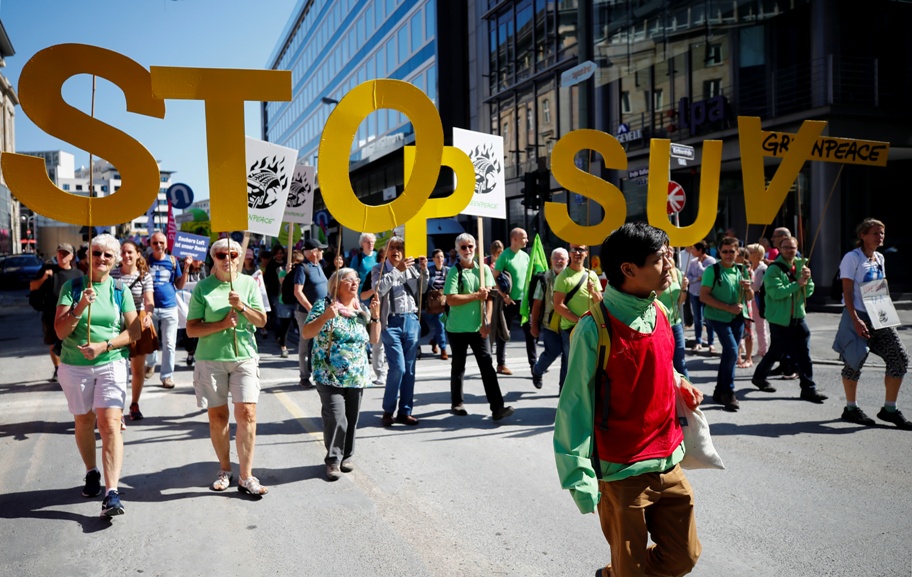 A protest against the production of gas-guzzling SUVs at the Frankfurt Motor show in September.  (Credit: Wolfgang Rattay/Reuters)

The most common physical risks were increased severity of extreme weather events; changes to precipitation; and rising temperatures, while financial risks include increased operating costs; reduced revenue as a result of decreased production capacity; and lower demand as a result of changing consumer preferences.

Despite this, almost a third of respondents reported there were neither climate change risks nor opportunities for their companies. “Companies and investors need to learn lessons from the power sector,” Turner points out. German utilities, which misjudged the changing landscape for renewable energy in the early 2000s, ended up taking massive write-downs and ultimately spinning out their fossil-fuel assets to focus on clean energy assets and grids.

“We are definitely seeing an increasing number of companies across sectors looking at this, but there is still a long way to go,” says Compere. “We don’t see any progress in banks’ appetite for engaging clients, especially on fossil fuels and the low-carbon transition. We think it’s important that the TCFDs become mandatory.”

There are growing signs this will happen in a number of markets. Carney has called for mandatory reporting in the UK within two years if disclosure rates do not increase, while Japan, France and the Netherlands are also seeing strong pressure to do more.

“We are seeing a shifting alignment of all ESG frameworks to include the TCFD requirements,” adds Lucy Hamnett, a consultant at Carbon Credentials. “We just need the rubber seal to make the reporting mandatory and we will see a huge uptake in disclosure and better investment decision making.”

The mandate needs to apply to all sectors of the economy, adds Compere. “We have seen a lot of change, just not enough.”

Mike Scott is a former Financial Times journalist who is now a freelance writer specialising in business and sustainability.  He has written for The Guardian, the Daily Telegraph, The Times, Forbes, Fortune and Bloomberg.

This article is part of our Climate Risk briefing. See also:

Property sector slow to wake up to climate risk

If you want to be a climate leader, you can’t ignore the TCFDs

From zero to hero: How Japan Inc came from behind to lead the world on climate risk reporting