Christie Clarke of CDP points to progress by consumer goods firms on plastic waste, but says it falls far short of the transformative action required

Increasing transparency around the environmental impacts of plastic pollution has driven rising consumer pressure to reduce plastic waste and move towards greater circularity. Today’s plastic value chain is fundamentally linear, with 95% of the material value of plastic packaging ($80-120bn annually) being lost after a single use.

World production of plastics has increased exponentially, from 2.3m tons in 1950, to 162m in 1993 and to 448m by 2015. Today, however, consumers are moving away from single-use packaging and have the potential to disrupt the linear business models that traditional fast-moving consumer goods (FMCGs) rely upon. This is a trend we looked at in our latest research on the consumer goods industry.

Regulators have responded to consumer pressure through a proliferation of packaging and circular economy regulations that will disrupt consumer goods companies that fail to act. These measures have usually taken the form of levies or bans on specific products, like microbeads and plastic bags, but there is a growing appetite for their scope to be extended to other items and to incentivise broader circular economy considerations. 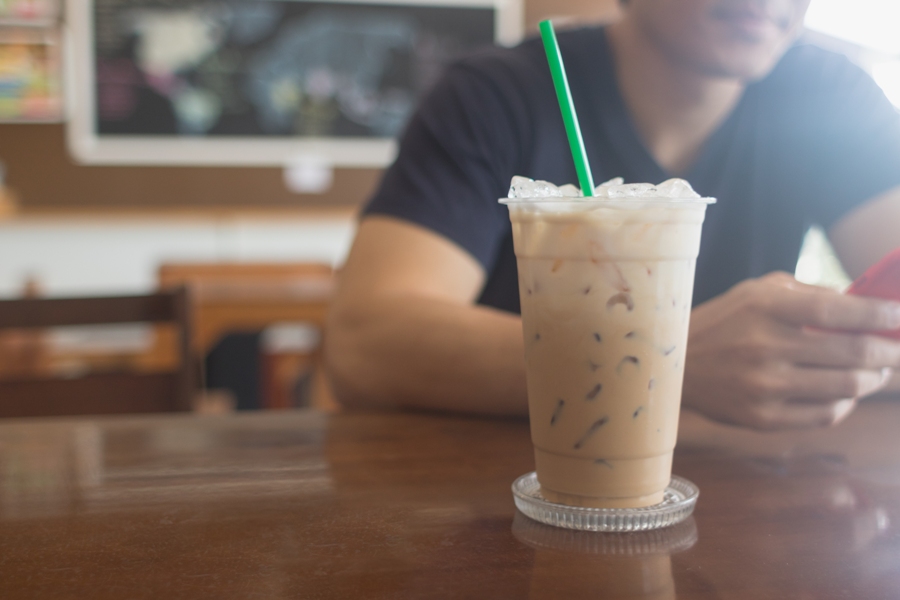 Consumers are moving away from single-use plastics. (Credit: KanitChurem/Shutterstock)

For example, the 2018 EU Circular Economy Package proposed a set of measures and funding solutions, presenting significant opportunities for companies that are able to position themselves ahead of the curve.

FMCGs are beginning to respond to these societal and regulatory pressures through active innovation. Most of this innovation, however, involves incremental tweaks to product design, such as light-weighting or increasing recyclability. They do not address key barriers that exist in transitioning to a circular packaging system and therefore have limited impact. To truly achieve circularity, FMCGs must engage in more transformative, systemic innovation to drive more fundamental shifts in business models.

Some leading consumer goods companies have begun investing in this kind of innovation, but usually at a small scale or through experimental pilots.

Danone's fund is assisting the development of worker co-operatives that can oversee the process of sorting, and selling plastics for recycling

Unilever, for example, partnered on the development of a breakthrough chemical process called CreaSolv, which it says will allow high-quality recycling of plastic sachet waste. Sachet waste is notoriously difficult to recycle and is particularly prevalent in emerging economies, which tend to have less sophisticated recycling infrastructure, so this innovation could be highly impactful if it proves successful.

Meanwhile, Henkel has partnered on the development of an innovative solvent-based process called Newcycling, which enables the recovery of high quality, clean grade materials from complex, multi-layer packaging.

The scope and level of development of waste collection and recycling infrastructure varies greatly between regions and countries. While the majority of global plastics waste is generated in Europe and North America, manufacturing of plastic parts (and with it the demand for recycled plastics) has shifted to Asia over the last few decades. The domestic recycling infrastructure in these countries, however, remains underdeveloped. 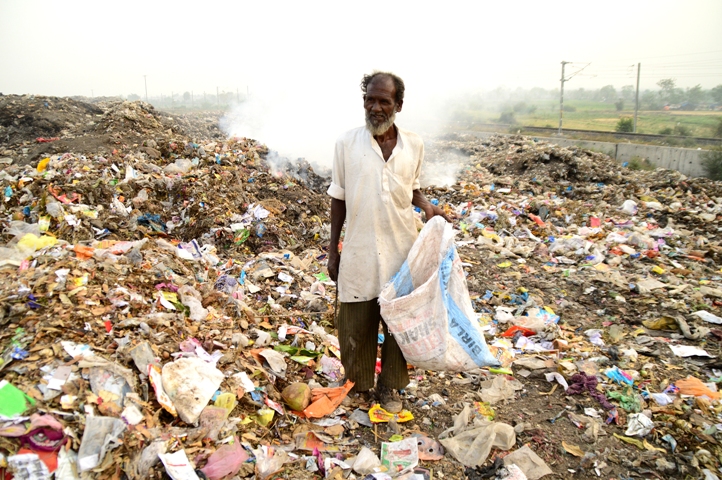 Danone has conducted a mapping exercise to determine which of the markets into which it sells have the lowest recycling rates. It has then designed local programmes, often working with governments at a municipality level, to improve recycling rates in these areas. One focuses on human waste-pickers, who are a critical link in supporting the recycling stream in countries that lack formal waste management systems. In Argentina, Brazil, Mexico, Indonesia, and Ghana the Danone Ecosystem Fund is assisting the creation and development of worker co-operatives that can oversee the process of collecting, sorting, and selling plastics directly to recycling plants.

AB InBev is doing similar work to support local recycling systems. In Brazil, it is working on reverse logistics to collect and transport more recycled glass. In the US, the world’s biggest brewer co-invested in infrastructure to clean and crush glass. In Mexico, it has partnered with a local NGO to help collect broken glass and has invested in a new glass processor at one of its plants.

Another solution for overcoming these logistical barriers is establishing take-back schemes, in collaboration with retailers. A number of FMCGs have experimented with take-back schemes for specific brands, however these tend to be small in scale and pilot in nature. Heineken, for example, has piloted a returnable bottle scheme, while its Tiger brand has set up a pop bar in Singapore, which provides consumers with complimentary drinks in exchange for a returned glass bottle.

A number of consumer goods companies are actively investing in increasing recycled content in their packaging, driving up demand for recycled materials. In 2017, L’Oréal replaced virgin materials with 7,294 tonnes of recycled materials, and a number of their brands such as Kiehl’s, Pureology, Biolage and Redken also rolled out products with 100% recycled packaging. Danone’s Evian brand is also working towards a 100% recycled plastic bottle, while collaborating to develop a new technology that allows PET to be recycled again and again without suffering any loss in quality.

Several FMCGs, including Danone, Coca-Cola, Unilever and Procter & Gamble, have also set specific targets to increase the percentage of recycled content in their packaging. These targets provide signals that demand for recycled materials is likely to rise in the future, which may allow for more favourable economics. 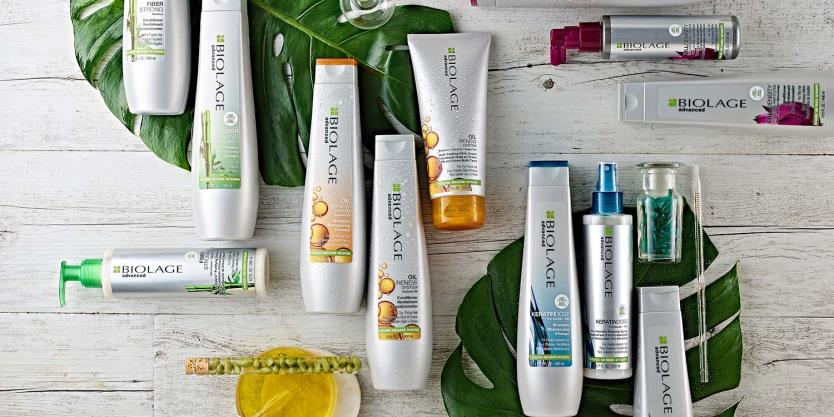 Household recycling rates are constrained by a lack of knowledge. According to a survey of UK households conducted by WRAP, less than half the sample (48%) understood “very well” what they are supposed to use their recycling containers for. About a third of households said they would increase recycling if they had better information about local recycling services.

A number of FMCGs are beginning to invest in consumer education and behaviour-change programmes to encourage recycling. Coca-Cola recently launched a new community legacy programme, Zero Waste Cities, which aims to accelerate the behavioural change required to make the circular economy and recycling part of people's hearts, minds and everyday routines. Through its partnership with Keep America Beautiful, Coca-Cola is also helping to educate Americans on what they can recycle in their local recycling programmes.

Another example is Nestlé Waters China, which launched a PET Bottle Recycling Action, a nationwide campaign to raise consumer awareness about recycling PET bottles and encouraging them to play their part. In Italy, Nestlé Waters has also organised local educational tours and campaigns to encourage the recycling of PET plastic.

To really achieve circularity, companies will need to scale up their efforts and collaborate across the value chain

Our analysis, however, shows that fewer than 20% of packaging innovations were rolled out at group level and over 40% were considered to be incremental innovations or small product-level tweaks.

To really achieve circularity, companies will need to scale up their efforts and collaborate across the value chain. It will also be important for companies to pursue a number of circular packaging solutions rather than focus their efforts in one direction. Ultimately, any transition to a circular packaging system will require a breadth of innovation: from very technical efforts to advance depolymerisation to more social innovations focused around behaviour change in local communities. 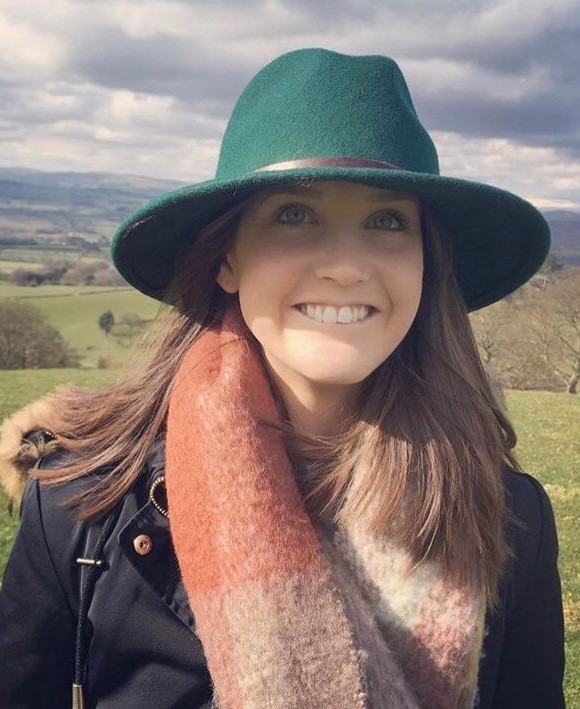 This article is part of the in-depth Circular economy briefing. See also:

From refilling and sharing to recyclable thin film: the cutting edge on circular

Virginie Helias: P&G’s ocean plastic bottles ‘only the beginning’ of war on plastic

Beyond recycling: Putting the brakes on fast fashion

The battle to turn the tide on the e-waste epidemic