Wal-Mart has made some giant leaps forward in its sustainability journey. But how far do old habits die hard?

How this US-based retail giant pays and treats the majority of those employees (or “associates”) is one of several issues that have stirred protesters and NGOs to mount a series of high-profile campaigns in recent months, including strikes in the US. Wal-Mart is also widely accused of short-termism in its investment approach – focusing too intently on earnings per share – and concentrating power too tightly in the family of its founders, the Waltons.

Among the richest individuals in the US, they have a combined wealth of $145bn, as well as a controlling share of 51%. Yet Wal-Mart has also been active in many areas of sustainable business, claiming significant progress on energy efficiency and carbon intensity in the past five years. Far from greenwashing, this has raised awareness and exerted pressure on the company’s supply chain, albeit unevenly, some observers say. Therefore a split is broadly evident between Wal-Mart’s environmental and social agendas.

If the annual shareholders’ meeting on 6 June was anything to go by, with its defeat of proposals on leadership and transparency, and no concessions to striking store workers, this position looks entrenched.

In 2005 it announced a commitment to environmental sustainability, setting goals of zero waste to landfill by 2025, to use only renewable energy and to sell products that sustain people and the environment (it set no target date for these). In 2007 Wal-Mart launched a global commitment to sustainable agriculture, aiming to strengthen local farmers and economies, while providing customers access to affordable, high-quality food.

“Wal-Mart continues to be a leader in sustainability, corporate philanthropy and employment opportunity,” the company states on its website.

So, how far is that true? By the end of 2013, Wal-Mart had more than 323 renewable energy projects in operation or under development globally, according to its 2014 Global Responsibility Report. These provide its facilities with more than 2.2bn kWh of renewable energy a year and account for 32% of its 2020 target to cut total energy intensity per square foot by 20% (though net carbon emissions are still rising because of growth in floor space).

Total waste from its US operations is also down 3.3% from 2010, the report says. However, Catherine Ruetschlin, policy analyst at Demos in New York, argues that Wal-Mart’s view of sustainability leaves out the “critical component” of human capital. “There’s social as well as environmental sustainability, and viewing your workforce as a long-term investment with productive benefits is key to both the company and the wider economy if we ever want to get out of the vicious cycle of low wages,” Ruetschlin says.

At the same time the company spends a big chunk of its profits – $6.6bn in 2013 out of $17bn – on share buybacks. These help Wal-Mart hit earnings targets even when sales are down, benefiting an increasingly narrow group of owners and executives, according to Ruetschlin.

If Wal-Mart spent that $6.6bn on raising pay, it could increase hourly rates by $5.13 for all those 825,000 people, according to a Demos report published in June 2014.
This would not only lift them out of poverty, but it would also boost sales and productivity, Ruetschlin says.

“Lots of research in the retail industry shows additional money directed to your payroll results in extra dollars in the register because you reduce [staff] turnover costs, search costs, hiring and training costs.”

Productivity rises because you retain workers longer – they’re more knowledgeable, they keep shelves stacked and anticipate customer needs better, so the queues are shorter and the customers are happier, she says. 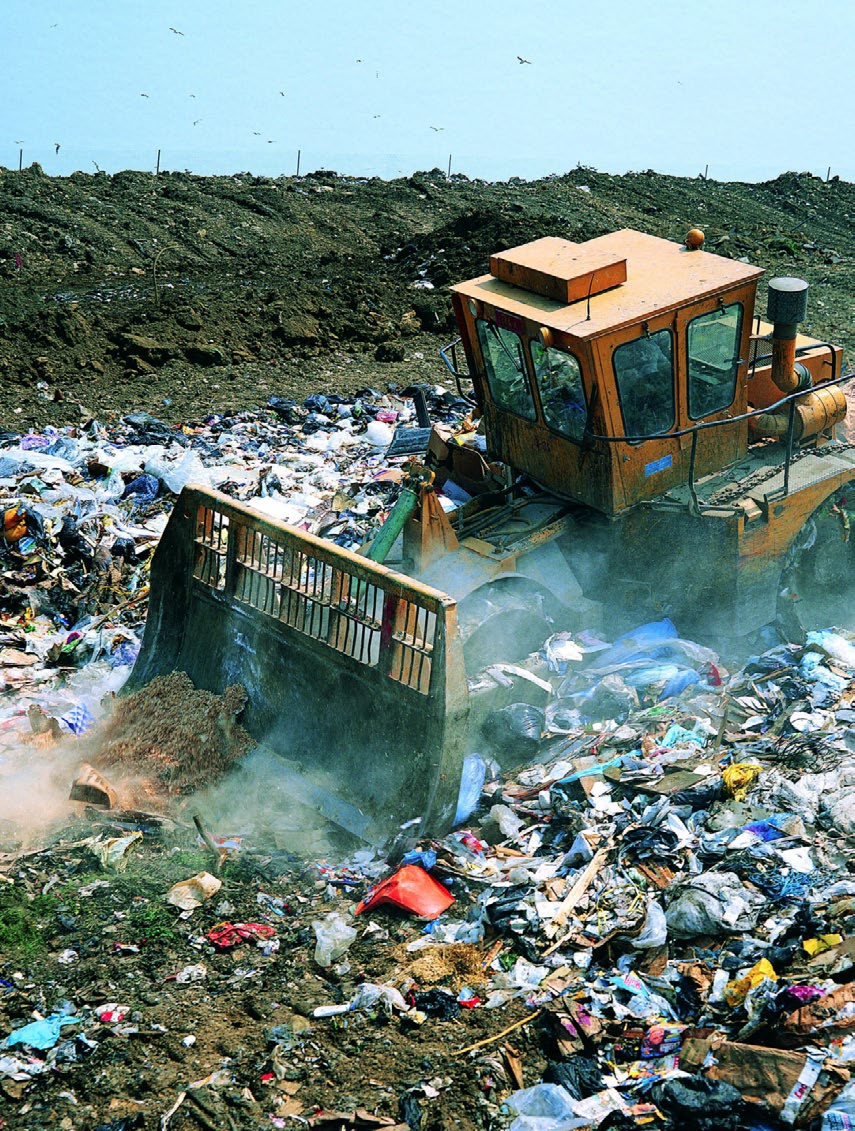 No change at AGM

However, senior management show little sign of bowing to pressure from NGOs or striking workers from the Our Walmart protest group (the company has long resisted calls for unionisation).

Hours after Barbara Gertz – a 45-year-old employee at a Wal-Mart store in a suburb of Denver, Colorado – attended the annual shareholders’ meeting on 6 June, she told Ethical Corp by telephone that she was “not reassured at all” by the event. Held at a stadium in Arkansas, it attracted 14,000 people. Shareholders voted through lucrative pay awards for executives, despite flat sales performance, and blocked a proposal for an independent (i.e. non-Walton) chairman.

They also barred a proposal by a global investor coalition that Wal-Mart should disclose whether it clawed back pay from executives, in the wake of the corruption scandal at its Mexican subsidiary.

The US Department of Justice and the Securities & Exchange Commission are currently investigating the company over these dealings, which are also the subject of several investor lawsuits. “In the situation where a company must recover pay from an errant executive, that company needs to be transparent,” said Meredith Miller, chief corporate governance officer at UAW Retiree Medical Benefits Trust, before the proposal was rejected. Otherwise, she said, “Wal-Mart has a compliance policy with no teeth”.

Low pay Gertz, who had been on strike in the week before the AGM, along with many Wal-Mart employees throughout the US, is an overnight stocker who has worked there full time for five years. Her hours are 10pm to 7am and she earns $22,000 a year. “As a parent, that’s not enough to support my child, even with my husband working too. I don’t get benefits so we are relying on food stamps. Some of my colleagues work two jobs.

“Wal-Mart needs to pay their workers in accordance with what they’re expecting us to do. We’re not asking for $20 an hour or a free ride. We’re asking to be compensated fairly.” Our Wal-Mart voiced its concerns at the shareholders meeting, she said, “but they don’t listen. Their way of responding is by trying to get rid of us, by firing us or reprimanding us. But we want to help improve the company. We’d like to see a better Wal-Mart.”

The company, which recently lost a court case against striking workers it fired before last year’s AGM, has updated some policies including conditions for pregnant women – who were allegedly being required to lift heavy loads and denied rest breaks.

But Gertz says implementation has been patchy. “In many stores we’re seeing managers not honouring that policy change, and it’s the same for another on part-time hours. We’re seeing favouritism.”

Ruetschlin also points to a lack of transparency about wage tiers, saying the company only reports “the bare minimum”. 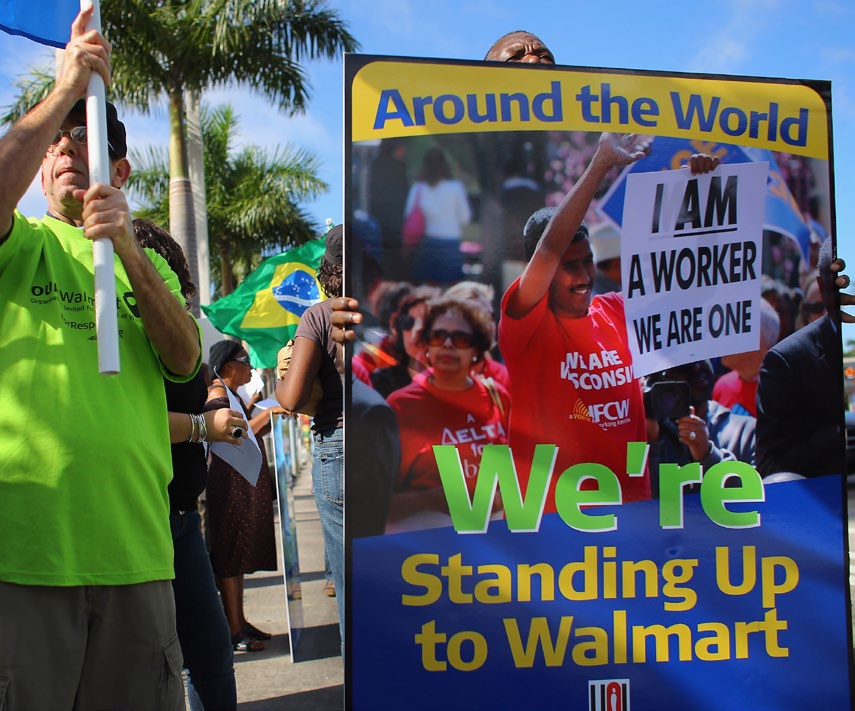 Kory Lundberg, a spokesman based at the company’s headquarters in Bentonville, Arkansas, rejects these criticisms, arguing that Wal-Mart is “the most transparent retailer in the US”.
Similarly, he says wages and conditions are competitive for the sector and opportunities for career advancement plentiful.

Hourly rates vary in Wal-Mart stores according to local supply and demand in the labour market. For instance, in the booming oil town of Williston, North Dakota, where unemployment is less than 1%, Wal-Mart workers start off with $17.40 an hour, against the Wal-Mart average of about $12, Lundberg says.

But both rates are for full time workers and include managers. Our Wal-Mart, which is closely tied to the United Food & Commercial Workers Union, says the company’s true average is more like $9 an hour.

Lundberg accepts that staff retention could be improved at Wal-Mart’s 4,200 US stores. “There are certain things we can do about being clearer on expectations and career paths, and we are working on that,” he says.

“Our annual survey of associates’ opinions is really valuable to us. It has around 90% participation rate and last year more than 70% of associates were engaged [i.e. broadly satisfied].”
An online programme called “open shifts”, rolled out in April, has made it easier for employees to take on extra work at short notice, Lundberg adds. 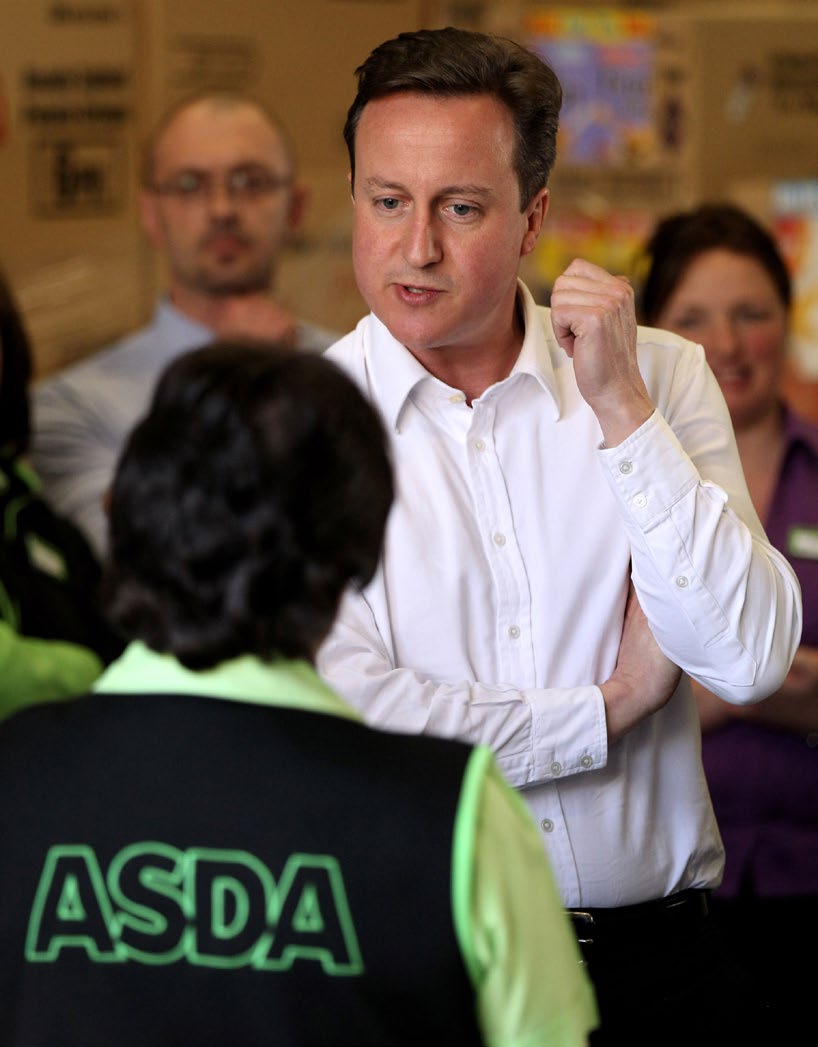 Andrew Winston, the Connecticut-based author of Green to Gold, whose latest book The Big Pivot further explores sustainable business, says Wal-Mart has made “tremendous progress” on carbon emissions in the past five or six years, from fleet efficiency to solar power investment.

More than half of Wal-Mart purchasing in the US is now done by company buyers who are incentivised to select according to sustainability, he says.

“That is a big deal and worthy of praise, even if many of them are still buying primarily on price. It will take time to make its full impact felt,” Winston says.

In terms of reduction of carbon intensity of operations, he says very few companies are going as fast as Wal-Mart – and no country is going faster than the US. “And the US is doing so mostly because of the shift away from coal to natural gas for electricity.”

At the same time Winston agrees that Wal-Mart, like other big companies including McDonald’s, is seriously lagging on the wage issue and will continue to feel pressure from employees and wider society until it addresses it.

“To me it ties back to the short-termism problem, the quarterly results focus. The share buybacks are also a strange strategy to use year after year, to keep saying to investors: we don’t have anything else that we would invest in besides ourselves.”

The companies that have a stake in a thriving middle class should be helping support policies that create it, Winston says.

“If you go back 100 years, Henry Ford raised the daily wage. The logic was that not enough people could afford a car and he wanted to promote higher wages across the country. That’s what needs to happen across some of these larger employers today.”

He cites the likes of Costco and Gap, which pay higher wages without detriment to their performance. However, he disputes that such a move would necessarily have no impact or a positive impact on Wal-Mart’s bottom line, because it is a low margin business.

“Yes, their profits are in billions but that’s on sales of hundreds of billions.”

The larger question he asks is: are we as consumers willing to buy on value, not just on price?

“Shouldn’t things be priced to reflect their full cost to everybody: in energy, in carbon, in paying people a living wage, right up and down the value chain?” Winston asks. “We’ve got to be honest about ourselves: it’s not like people are not buying at Wal-Mart.”

‘If companies want to meet climate targets, they must...
US briefing: Bringing the SDGs home to Philadelphia
6 reasons to join #RBSEU in June
Fossil Group develops sustainability programme for empl...
comments powered by Disqus