Next to social media mania, “reputation management” is the latest engrossment in corporate communications. One of its tactical manifestations is achieving a high ranking on magazine lists of most admired companies or the best places to work. These rankings are thought to positively affect personnel recruiting, employee and shareholder morale, and even consumer affection for a company. And they may to some degree, in part because these lists have become self-fulfilling prophecies. The perception that lists matter has had the effect of making them matter.

To make such lists, companies often campaign expending significant resources to demonstrate that they excel in the various ranking criteria such as innovation, employee retention, social responsibility, and people management. This tends to reward the capacity to merchandize flashy attributes much in the same way that Ivy League college applicants are more likely to market themselves as future Nobel Peace Prize contenders versus the investment bankers they are more likely to become.

In a book I wrote with my longtime business partner John Weber, Damage Control, we were critical of BP’s “Beyond Petroleum” advertising campaign several years before the 2010 oil spill on the grounds that the company was posing as an alternative energy company when it really wasn’t. Our belief was that this massive goodwill campaign to draw attention to its solar and wind power programs had backfire potential in the event of an adverse incident. Our actual words: “Will the public and [BP’s] most vocal critics feel betrayed if, years from now, BP hasn’t really gotten beyond petroleum after all? Has BP been too clever for its own good? Time will tell.”

Time told. After the oil spill, the company was slammed for expending so many resources on public relations that glorified comparatively marginal efforts to grow its solar and wind businesses. Journalists were enraged, many feeling that the company had conducted the Beyond Petroleum campaign to paper over its environmental shortcomings. However unfair, this is an example of what can happen when a company develops a fetish for reputation control that exceeds what it has the capacity to deliver in the way of tangible progress.

Exxon (now ExxonMobil) took a very different approach to reputation management after being attacked for its handling of the 1989 Exxon Valdez oil spill. In the decades since Valdez, Exxon- Mobil has anchored its damage control efforts in revamping its approach to safety rather than puffery. Its initiatives aren’t sexy, but they seem to be working: For an oil company, the best reputation management is the absence of adverse incidents, and ExxonMobil hasn’t had a major once since Valdez. Its Operations Integrity Management System programme contains eleven elements that address prevention, security, test drills, management accountability, and proprietary technology that seeks to predict the pressure and flow of wells. Two new double-hulled supertankers are entering service presently. 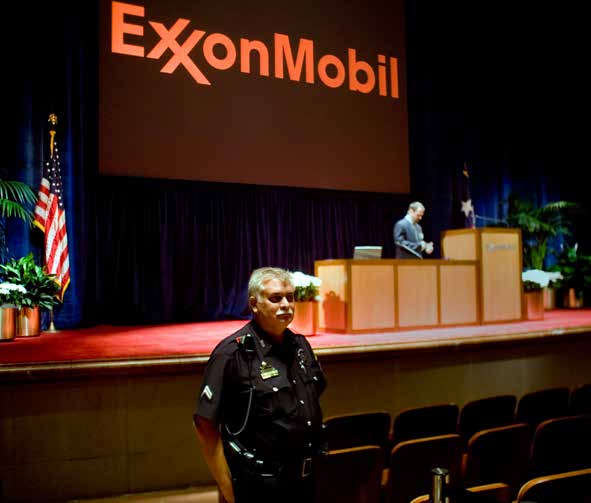 A harder-nosed approach to reputation

In an age of insipid self-congratulation, the contrast between ExxonMobil and BP begs the question: Is it more “sustainable” to quietly bolster your environmental safety practices or tout alternative energy fantasies that aren’t really occurring in a meaningful way?

Banking giant Goldman Sachs found itself in the hot seat after the 2008 financial meltdown over the company’s role in the packaging of subprime mortgages. Pundits criticized the company for not having done more over its century and a half in business to endear itself to the public. Never mind that Goldman and financial behemoths like it do little to no business directly with the public and have no emotionally resonant narrative in which to endear themselves to mass audiences. We’ve all heard the argument that banks play an important role in generating prosperity and jobs, and this is true. The problem is that this rational argument is overwhelmed by the deeply emotional bias against any enterprise that earns unfathomable amounts of money in a complicated (read: diabolical) way.

After the financial meltdown, Goldman communicated about how it contributes to businesses in small communities, but it shrewdly recognized that it stood a better chance of being targeted a little bit less than being loved a whole lot more. After months of speculation that it would be criminally indicted or be forced to forfeit tens of billions of dollars because of its subprime mortgage dealings, Goldman agreed to a $550 million settlement with the Securities and Exchange Commission. This civil settlement did not require the company to plead guilty to any crimes, but Goldman did express regret for not disclosing certain aspects of marketing a particular subprime product.

If you can’t beat them, avoid them

The deal was criticized from many quarters, including some that argued that the settlement would not improve Goldman’s reputation. Perhaps, but knocking this unpleasant chapter out of the headlines helped the bank get back to business and mitigate scrutiny from a number of parties, mainly the government, that were in a position to hurt it.

Goldman wisely realized that sometimes the objective of crisis management is not to get audiences to like you, but to get them to stop attacking you—or move on to another target.

Eric Dezenhall is the CEO of Dezenhall Resources, a crisis management firm based in Washington, D.C. This article is excerpted from his new book, Glass Jaw: A Manifesto for Defending Fragile

'We have the solutions to give everyone access to cooling, but we need to act now'