Mobile networks have shown great promise in spreading life-changing and sustainability-promoting applications. Now, mobile – and wearable – solutions – have moved from the philanthropic efforts of big companies to encompass the efforts of small, innovation-driven companies, too

Today in African developing nations, people are more likely to have a mobile phone than a working toilet. Mobile phone networks cover almost 90% of the enormous African land mass. Meanwhile just three out of 10 Africans have access to reliable sewage services. In emerging markets globally, there are now 2.88 billion mobile subscribers. That makes the market for mobile apps huge, and the possibilities endless for those apps to provide social good.

Starting in the 1990s, mobile networks eroded the need to string wires for thousands of miles to get two people to talk and interact. The big mobile network providers – the Ericssons, Airtels and Vodafones of this world – invested in the necessary infrastructure, such as cellular towers, in order to reach new markets and make everyone a long-term mobile phone and mobile data subscriber.

That’s a good thing, according to the recent Global Info Tech report from the World Economic Forum, as the world must turn to information communications technology (ICT) and especially mobile broadband networks to spur the “inclusive” or socially sustainable and equitable growth needed in the less-developed world.

“For example, for the small business owner-operator in a low-income country who needs a no-interest microloan, there are very different technology needs and contexts when compared to the facilitator of the loan and the altruist who lends the finances. What mobile networks and applications now do is allow such facilities to operate at particularly low costs when compared to older models of promoting social goods.”

While thus far many of the most beneficial mobile apps have been deployed through philanthropic or sustainability initiatives from big corporates or through NGO/corporate/government partnerships, lower costs, higher mobile network speeds and ubiquity have started to lure more small-scale innovators and entrepreneurs into marketing mobile apps and services to the bottom-of-the-pyramid consumers.

There has been a substantial drop in the number of people that are “unbanked” in the past three years, according to the World Bank, and it is “m-money” apps that can claim much of the credit for providing 700 million people with some form of money services. Vodafone developed one of the first popular mobile money apps, M-Pesa, in Kenya back in 2007. 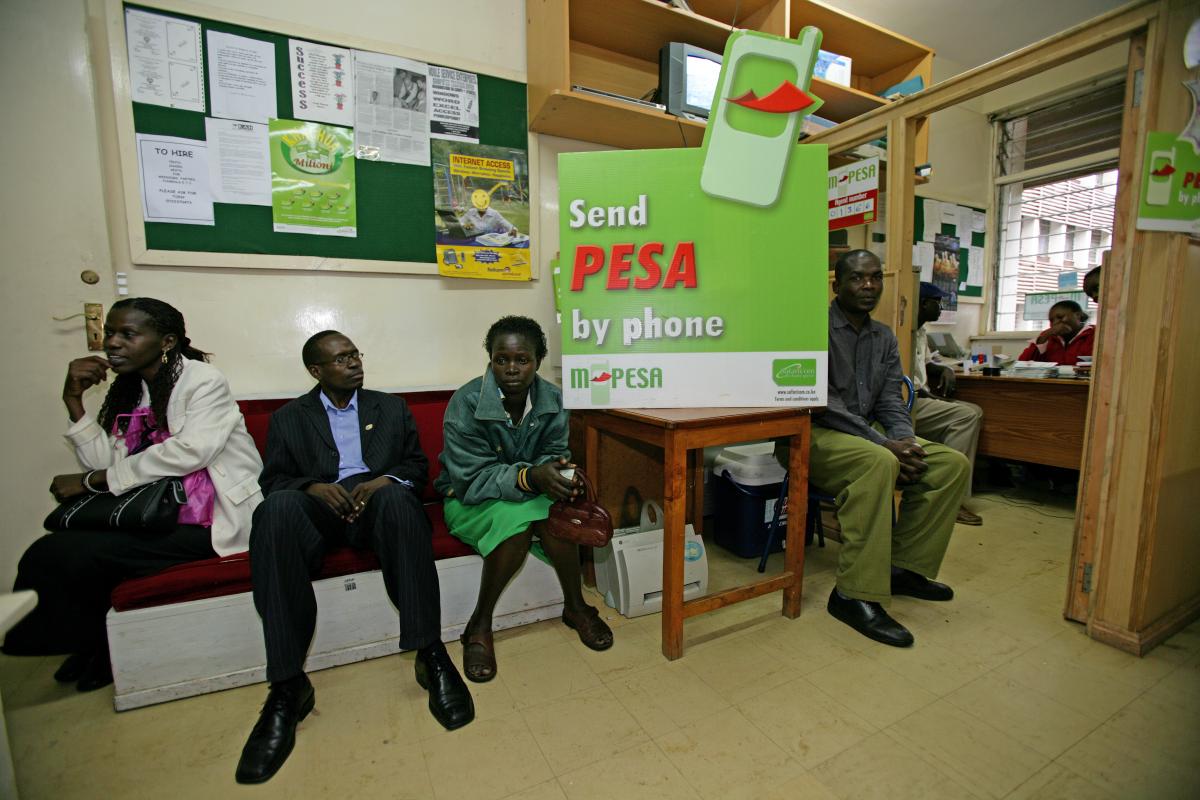 Vodafone head of sustainability for enterprise, Christele Delbe, says the app wasn’t expected to be as popular as it now is – $1.7tn in transactions passed through Kenyan mobiles in 2013.

M-Pesa’s success spurred a subsequent boom in m-money apps both locally and internationally. Kenya’s Equity bank recently began offering 8 million customers a super-slim SIM to put on top of their phone’s existing SIM to get instant mobile banking. And there is no whiff of philanthropy in Equity’s service, which it is launching in cooperation with the local Airtel provider, to compete with M-Pesa as well as local Kenyan apps Zap and uCash.

“In Kenya there’s a mini Silicon Valley of developers and innovators on the back of mobile,” says Delbe. “There’s no philanthropy, it’s just the reality of economic development – it has a social impact but it is also commercial.”

M-money apps have taken time to cross borders because of national financial transaction legislation, but that is changing. In Latin America, for example, there are now 37 money apps, everything from simple top-ups for phone subscriptions, to full banking apps, working in 19 markets, according to London-based GSMA Intelligence.

While big telecom firms – Airtel, Vodafone, Orange, and Ericsson – are trying hard to grab chunks of the money services market, small innovators are pushing down prices and enhancing features. An app called WorldRemit is simplifying and lowering the cost of sending money internationally; another called DoPay is modernising the way low-income workers can manage finances; and an app called Coda Payments is opening up online shopping to anyone with a mobile phone network connection.

Traditionally, mobile solutions have meant partnership between large companies, local governments and, sometimes, local service providers and/or NGOs. For example, at a small dairy cooperative in Ndumberi in central Kenya, the cow-owning members of the co-op previously lost about one in every five litres of milk they sent to the dairy’s collection centre, through workers illicitly selling milk from the back of trucks. 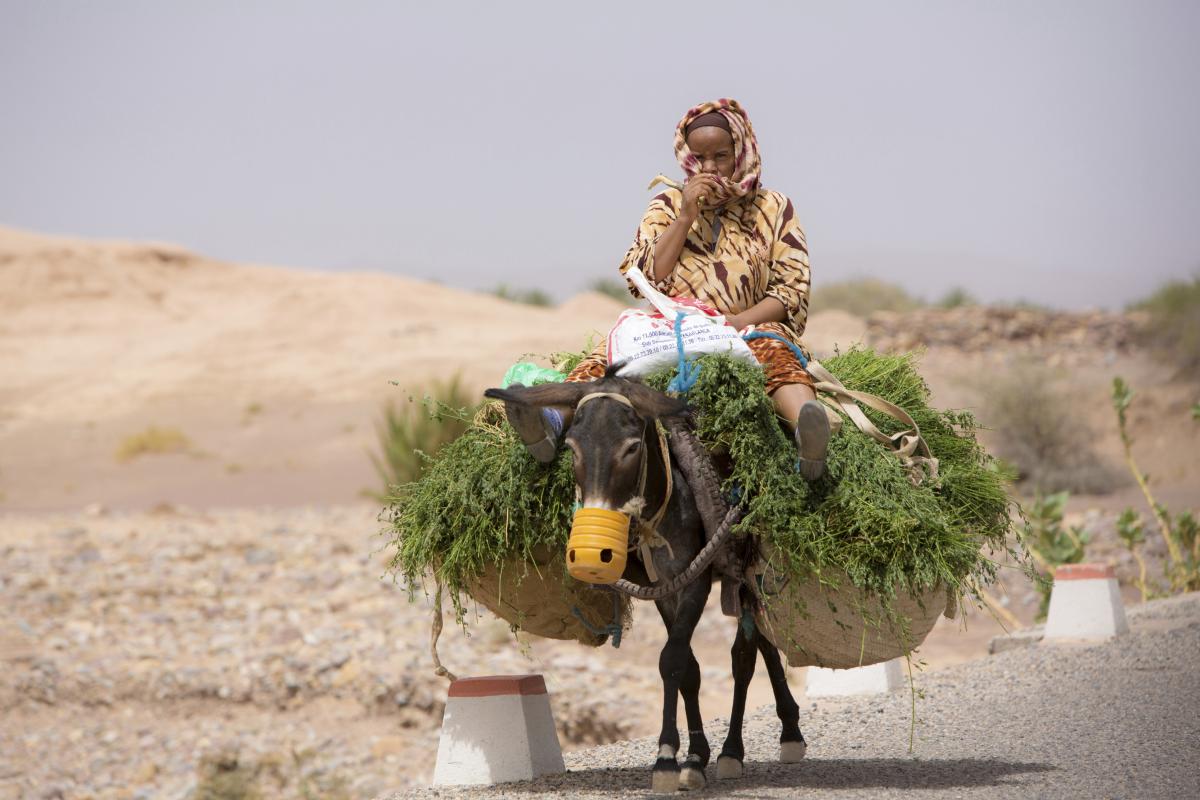 Then Vodafone’s African daughter company Safaricom, working with the Connected Farmer Alliance and grant funds from USAid, set up a mobile-network-based supply chain receipt and tracking system. For each day’s milk sent in, farmers in a pilot project got an SMS receipt from the collection centre. Farmers’ losses were quickly halted. The mobile service also sends farmers, via SMS, market prices, information on agricultural practices, and the ability to request micro loans for expansion.

While a system like the Ndumberi cooperative’s is a needed boost to farmers’ productivity, it is neither a free service, nor necessarily a lucrative one for the providers, at least not yet.

“A USAid grant funded the pilot, and now this September we are finishing that phase and looking to be commercial,” says Vodafone’s Delbe. “There aren’t any deployment targets yet, and we’re still trying to understand whether there’s a commercial business case for it, or not.”

The UNDP’s Business Call to Action, which has enlisted 108 companies dedicated to serving bottom-of-the-pyramid consumers, admits that returns on investment in this space can be “low and slow”. But a new spate of companies is eager to try. 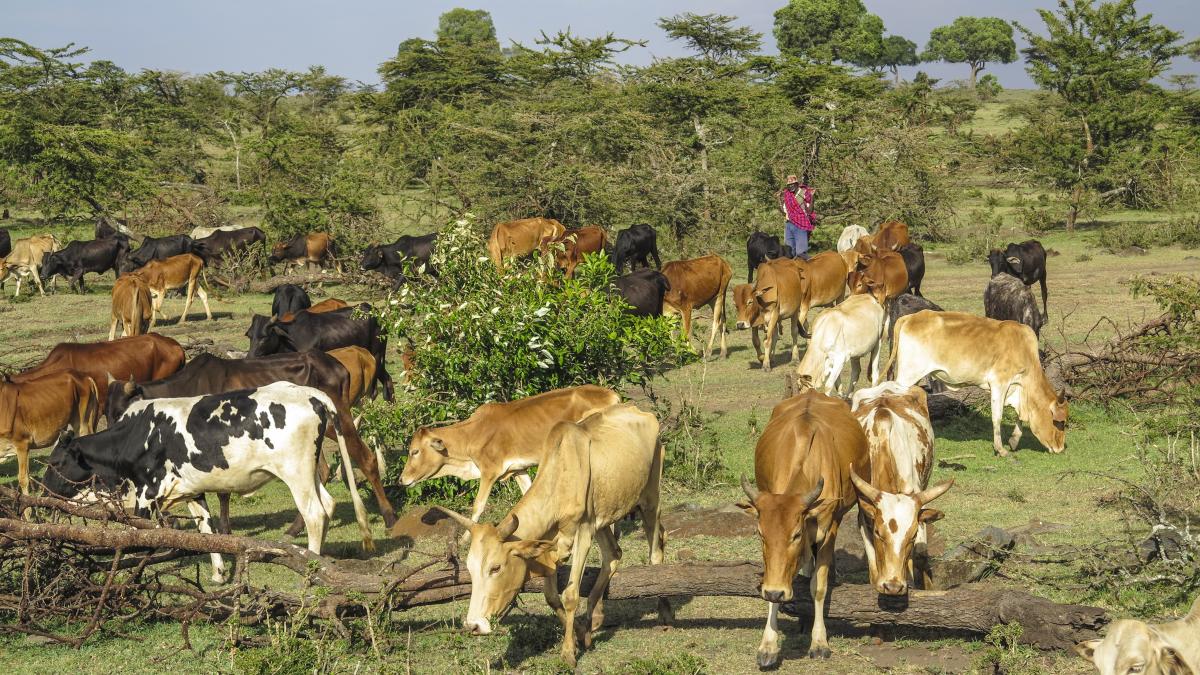 IShamba is a Kenyan start-up providing sustainable crop and agricultural information to farmers via SMS or a phone-in service. Initially funded by non-profit Mediae, iShamba is a social enterprise subscription service, but for profit. Each SMS costs a farmer about half a US cent in addition to the monthly subscription cost of about 85 cents. That’s not mouth-watering, profit wise, but such small, homegrown local solutions for “m-agri” may have an added benefit: reducing the risk of input-dependent industrial agriculture using mobile advice apps as backdoor marketing ventures.

Phone applications are a promising way to get healthcare services to people long underserved. Sevamob in India is a small company innovating primary healthcare and dental care for people who have previously had little access to either, through mobile technology. A subscription (for less than $10 per month) provides a user with 24/7 access to health specialists and primary care doctors by phone and SMS, to diagnose and treat conditions. The phone-delivered services are backed up by 15 mobile clinics (the company rents vans from local taxi services) in six Indian states. At the clinics, patient data is entered by phone or tablet into a cloud-based records system. 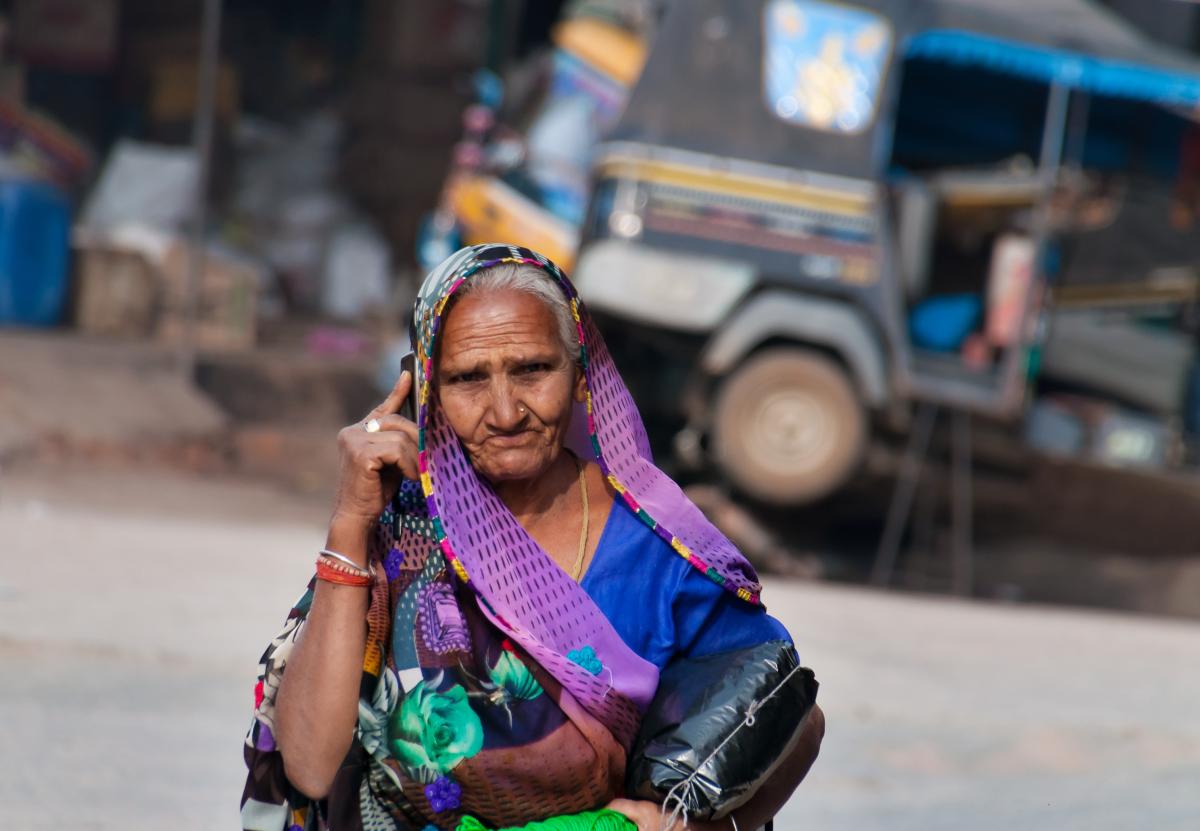 Sevamob chief executive Shelley Saxena said in a recent interview that he started Sevamob with a perspective that was “market-oriented and motivated by numbers” but the experience of being able to provide the most basic healthcare (and health insurance) for lower-income consumers has spurred his ideas for social good via innovation.

Sevamob’s funding has thus far come from western investors; Saxena’s ambitious plans to scale the service include a web-based health marketplace where doctors set their fees and provide consulting and diagnosing via video, and a cross-country subscription where, for example, Nepalese patients could get access to Indian doctors via phone or video. Sevamob currently has 50,000 subscribers.

Innovations in Healthcare, a non-profit hosted by Duke University in Durham, North Carolina, is working to democratise healthcare in less-developed places. It is bullish on mobile networks for the delivery of services, and says innovations should be guided by three main principles: empowering individuals to take charge of their health; using the right mobile tools for the job; and meeting people where they are – local efforts meeting local needs, in other words.

MicroEnsure is a social enterprise that has done that in Africa and Asia, by providing insurance directly through mobile phones. The company has become a top micro-insurance provider, making it easy for people to get low-cost health and life and other insurance products.

Through partnerships with banks and mobile network operators the company is reaching a large portion of low-income consumers with insurance products that they otherwise would not have access to – for example, by providing life insurance policies to phone users who top up their phone credit. Originally funded by Opportunity International, a non-profit microfinance organisation headquartered in Chicago, MicroEnsure over time successfully morphed into a successful commercial venture.

In spite of the spate of smaller-scale entrepreneurial efforts in the arena of mobile technology for social good, there’s still plenty of room for public/private partnerships. Wearables for Good is a partnership of Unicef and Frog, a global strategy and design firm, to get more companies to see mobile tech and wearable devices as powerful tools to spread sustainability solutions. Currently, Unicef and Frog are running a challenge – to design wearable devices that will aid mothers and their newborns in the developing world. Since its launch in May 2015 the challenge has garnered 600 registrations. 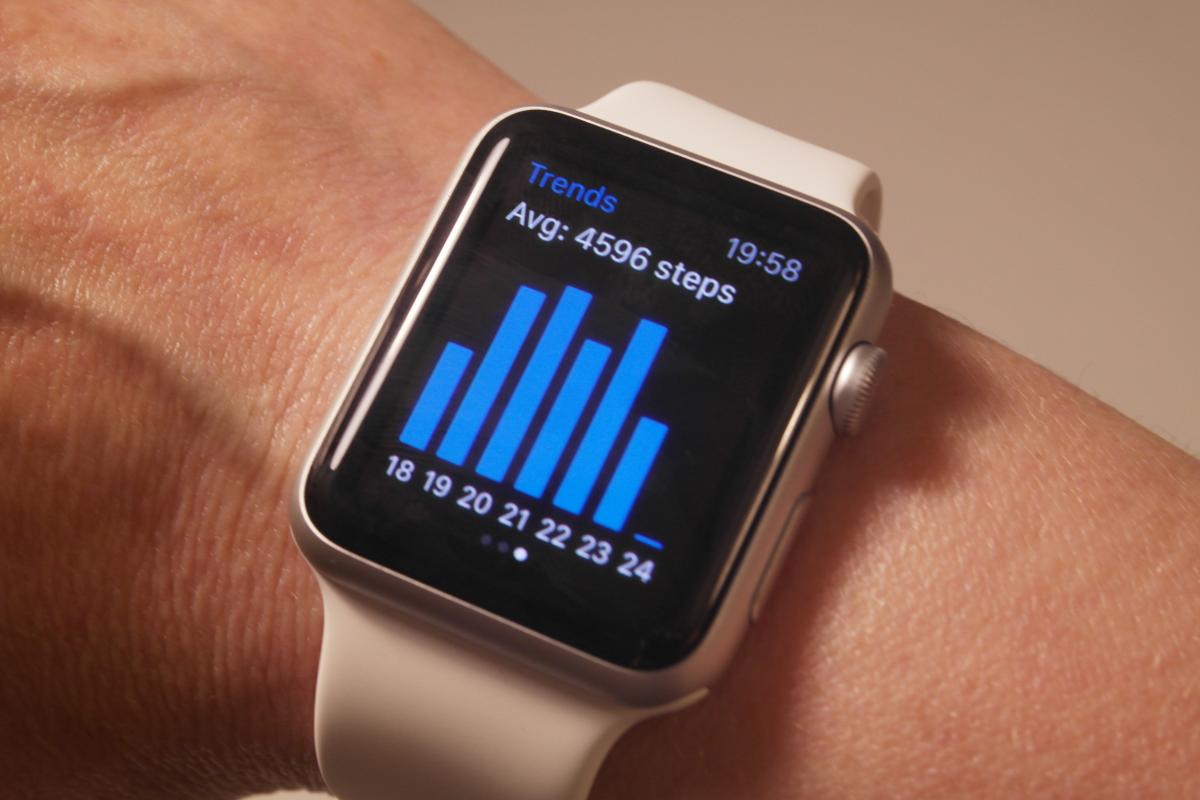 Wearable devices are not only for the first world

Khushi Baby is an example of a existing start-up company developing a wearable device for social good. Khushi distributes a necklace with a small pendant embedded with a chip, worn by babies. The pendant contains the child’s digital immunisation record, also backed up to the cloud, so it is instantly accessible to healthcare workers with a smartphone.

Khushi Baby is a non-profit and may stay that way, but the innovation demonstrates how mobile networks and devices hold promise for sometimes intractable social sustainability issues. They can also, with the right initiating app, spur entrepreneurial activity from both large companies and smaller players, because it takes just one successful app, as the M-Pesa example shows, to spur a whole market category.

Ericsson, which has spurred myriad social good solutions – Connect To Learn is one big one – through a partnership model, is also seeing the gleam of business promise in mobile apps. The company is readying what it calls a mobile commerce solution– via mobile money and mobile wallet apps, in partnership with Veriphone.

“Mobile commerce is starting to take off. It’s happening anyway with mobile payments, so you might as well get in on it,” said Elaine Weidman- Grunewald, vice-president of sustainability and corporate responsibility at Ericsson Group.

Policy Watch:  An unfair COP that will likely fail to ...
'Could COP26 signal the end of coal? Only if we in...
‘The communities protecting Africa’s wildlife need ...
‘Sustainable solutions exist for the two billion peop...
comments powered by Disqus