Concerns about the Azerbaijan government’s restrictions on civil society prompted the Extractive Industries Transparency Initiative (EITI) board to downgrade the country’s status to ‘candidate’ earlier this month. In recent months the government has hindered access to documents and frozen bank accounts related to EITI projects as well as jailed government critics, acts more common in totalitarian countries than democracies, which led to calls for EITI to act.

“There has been some progress in addressing our concerns, but further work is needed to ensure that civil society in Azerbaijan can participate in the EITI in a meaningful way. We look forward to continuing to work together,” Clare Short, chairperson of the EITI, says in a prepared statement.

The decision to downgrade followed an EITI report in January that was launched ahead of schedule. In the validation report, the EITI Board called on the government of Azerbaijan “to reaffirm its commitment to work with civil society organisations (CSOs) and ensure an enabling participative environment.” The Board specifically asked the government to ensure that NGO Coalition Members could resume their roles within EITI, including accessing their bank accounts and registering new grants for EITI implementation activities; speaking freely about the EITI process and expressing views without fear of reprisal or harassment and organising training, meetings and events related to the EITI process, the report also notes.

Toby Odone, a spokesman for BP, a founding EITI member and one of the companies operating in Azerbaijan, says BP remains a strong supporter of EITI’s approach. “We actively support country-level efforts towards EITI implementation in countries where we operate, including Azerbaijan,” Odone says. “We believe that the comprehensive, multi-stakeholder approach of EITI is the best approach for the extractive industries. The EITI is an inclusive process for governments, companies and civil society.”

BP’s position is that EITI and Azerbaijan government officials are best suited to address the issues involved in the downgrade. “The EITI decision on Azerbaijan is a matter for the EITI Board and not a reflection of individual company positions,” continues Odone. “How the Government of Azerbaijan responds is a matter for it.” At the same time, “We support the UN Guiding Principles on Business and Human Rights and believe that they provide a useful, consensus-based framework for protecting and respecting human rights,” he adds. 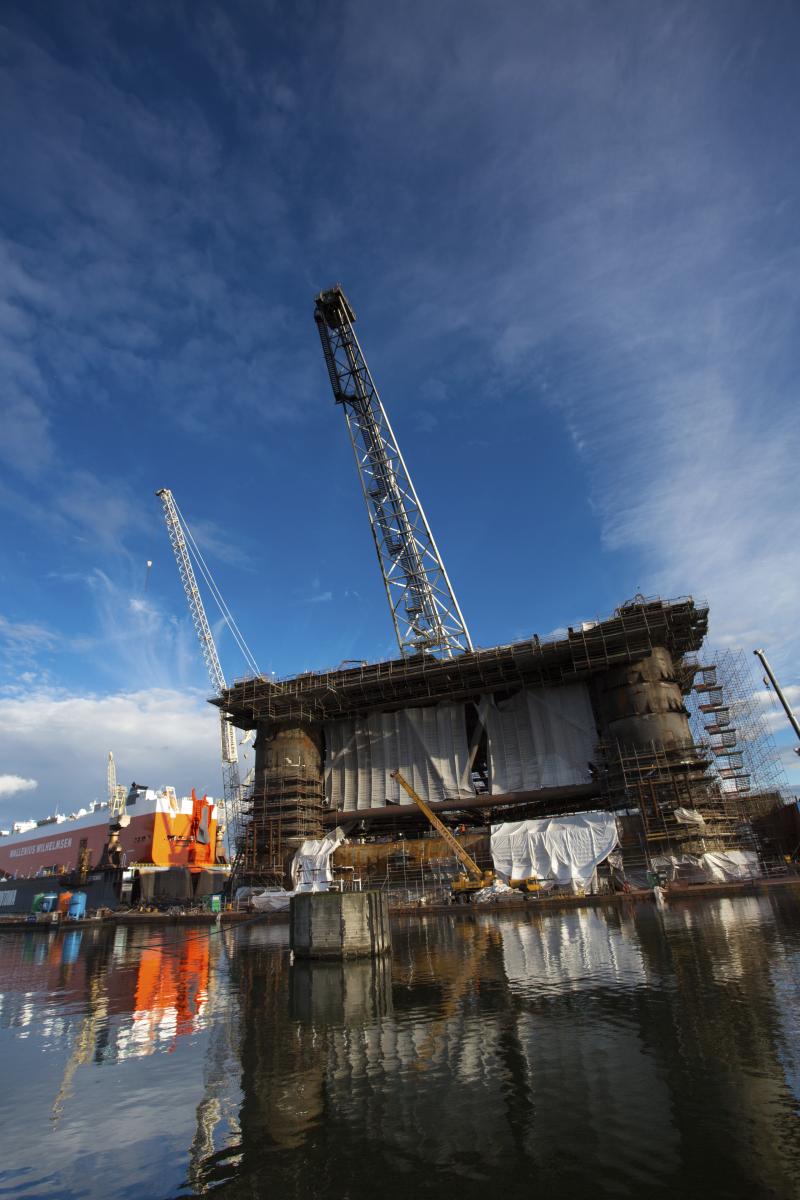 The country remains an EITI member. It can regain compliant status by implementing corrective actions within 12 months, or face suspension. The decision has no direct impact on businesses, but many follow the EITI guidelines and some analyst agencies use EITI as a gauge of corruption in a sector, said Anders Tunold Kråkenes, communications manager, EITI International Secretariat. The ruling also has no affect on potential businesses, he adds.

An Azerbaijan official notes that his country’s EITI delegation wants to address these issues and move forward. “We are eager to continue our work and push for accountability and transparency and hope the government will improve its status during this time,” says Alimammad Nuriyev, the coordinator of EITI Coalition Council of Public Unions for Azerbaijan, through a translator. “I believe it would have been possible to give the government the ability to implement recommendations without downgrading the status. Sanctions don’t resolve all problems at all times.”

Brendan O'Donnell, head of Global Witness’ oil campaign and an alternate member of the EITI Board, said in a press release the downgrade decision was overdue. “This has long been a crisis for the EITI Board and things have only worsened, with continued intimidation, funding streams outlawed and the state taking over coordination of the coalition of citizens groups. These issues must be reversed to prevent Azerbaijan being thrown out of the initiative." Global Witness is an organisation that presses for full transparency in the mining, logging, oil and gas sectors.

Meeting the EITI’s deadline for improvements depends in large part on the government, notes Nuriyev. “The government has promised to improve the situation and accept some recommendations from a multi-stakeholder group,” he says. “We want the EITI activity to be expanded and we hope for the acceleration of steps for meeting requirements.”