Children with deformities living close to the Jadugora uranium mine in eastern India might have been “imported” to create a bad impression, according to the chairman of the Uranium Corporation of India, owner of the mine. The High Court of Jharkhand, the state in which Jaduguda is located, in February called on the company to respond to years of reports about high rates of birth defects and blood disorders in people and animals in the area. The company responded with denial. Its chairman, Diwakar Acharya, told Bloomberg in July that “there’s no change in disease pattern around Jadugora” and that health workers and environmentalists “come here only with the sole motive of finding reasons which would validate [their] preconceived notions”. The Jharkhand High Court is considering ordering an independent inquiry into health problems allegedly caused by the mine.

The issuance of climate bonds to raise money for low-carbon infrastructure is surging, according to the latest market report by the Climate Bonds Initiative. The volume of issued bonds has exceeded $500bn, up from $346bn in March 2013. Most money ($358bn) has been raised for transport projects, including a huge roll-out of railways in China. Low-carbon energy ($75bn) is the second largest category, with waste and water projects attracting much smaller sums. China is the biggest issuer at $164bn. The UK and US are in second and third places ($58.5bn and $51bn respectively). Major issuers include the state-owned China Railway Corporation and Hydro-Québec. The market for climate bonds is “unrecognisable” compared with three years ago, the report says. Climate Bonds Initiative chief executive Sean Kidney said the bonds were safe investments. “This is a dull green market – just how pension funds and insurance funds like it,” he says. 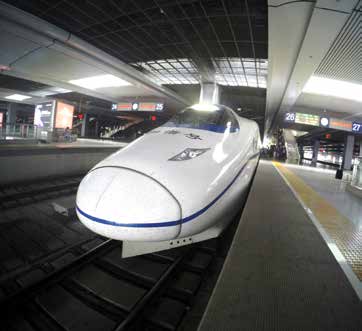 The electric car's the star

The Chinese government is bringing its massive buying power to bear on the electric car market. China's leaders have ordered central government ministries and agencies to ensure that 30% of vehicles they buy are powered by electricity, with the requirement to start in 2016. The obligation will extend to provincial governments after 2016. Private buyers of electric cars in China already benefit from a waiver of purchase taxes. China's aim is twofold – to clean up the air in its smog-choked cities, and to boost the industry so that China becomes a global leader in electric cars. The government also needs to be seen to be delivering on a pledge to have 500,000 electric cars on Chinese roads by the end of 2015 – a promise that looks optimistic, with only about 70,000 electric vehicles so far. 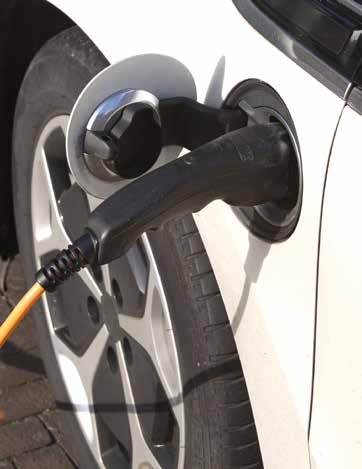 About 2% of Bangladeshi garment factories inspected in the wake of the catastrophic Rana Plaza building collapse have required immediate evacuation because of structural defects, according to the first annual report of the Accord on Fire and Building Safety in Bangladesh. Overall, including the factories where evacuation was required, Accord inspectors issued corrective action plans – indicating serious problems – to 60 out of 800 factories. The Accord began factory inspections in November 2013, hoping to prevent any further disasters like Rana Plaza, where in April 2013 more than 1,100 workers died. The Accord is a coalition of western brands, including Adidas, Bennetton, Arcadia and Matalan, that have agreed to improve factory conditions in Bangladesh, and to contribute financially so that owners of dangerous factories that are forced to close can continue to pay their workers while safety violations are rectified. Accord inspectors plan to complete by September their programme of visits to a total of 1,500 factories.

The latest example of a sustainability venture funded by pledges to buy the resulting product is the Anywhere Fridge, a collapsible suitcase-sized refrigerator that can be charged with enough solar power during the day to keep it running through the night. The developer, Spencer Trotter, an entrepreneur from Albuquerque, New Mexico, intended to raise $1,000 to fund the invention, but closed the crowdfunding call in July with $122,244 in the bag. The fridge will sell for between $299 and $599 and even includes USB ports for smartphone charging. The Anywhere Fridge echoes the creation of the Fairphone, an ethical smartphone manufactured by a group of NGOs that wanted to be sure their product was conflict-mineral-free, which was also funded by pre-orders sourced through social media. 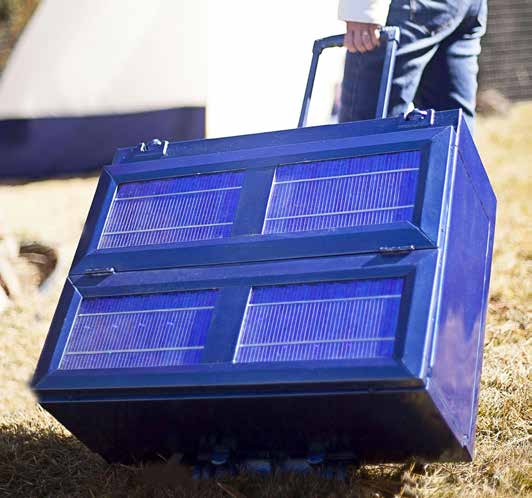 A Sainsbury's store in Cannock, Staffordshire, has unplugged itself from the national grid and plugged into the local anaerobic digestion plant, becoming the first British retail store to be supplied entirely with electricity from food waste. The anaerobic digestion plant, run by waste-management company Biffa, is where the store sends its own food waste, meaning that, in effect, it provides green energy to itself. The company said the initiative would help “close the loop on food recycling and help Sainsbury’s to continue to send zero operational waste to landfill”. However, Sainsbury’s acknowledges that the best way to deal with food waste is to not generate it in the first place, and the retailer said it will only send food past its sell-by date to anaerobic digestion if it can't give it away to either community groups or animal sanctuaries.

Cruising for a bruising

Cruise passengers might have to change their holiday plans because of new rules tightening emissions requirements for ships, the boss of cruise line operator Carnival UK has said. Chief executive David Dingle said it would be difficult for the company to meet limits that come into force in early 2015 on sulphur emissions in the seas around Europe, because of a lack of capacity to provide and fit emissions “scrubbers” on ships. Dingle blamed the European Union and said that the British government should lobby to extend the deadline. The EU rules are an adoption of limits stipulated by the International Maritime Organisation. When the EU rules were drafted, member states – including the UK – said that tighter sulphur controls were needed because shipping emissions “harm human health, and contribute to acidification”.

Brand Watch: Corporates in push to take their suppliers...
'Could COP26 signal the end of coal? Only if we in...
‘Sustainable solutions exist for the two billion peop...
CDP reports 24% rise in companies looking for greater t...
comments powered by Disqus